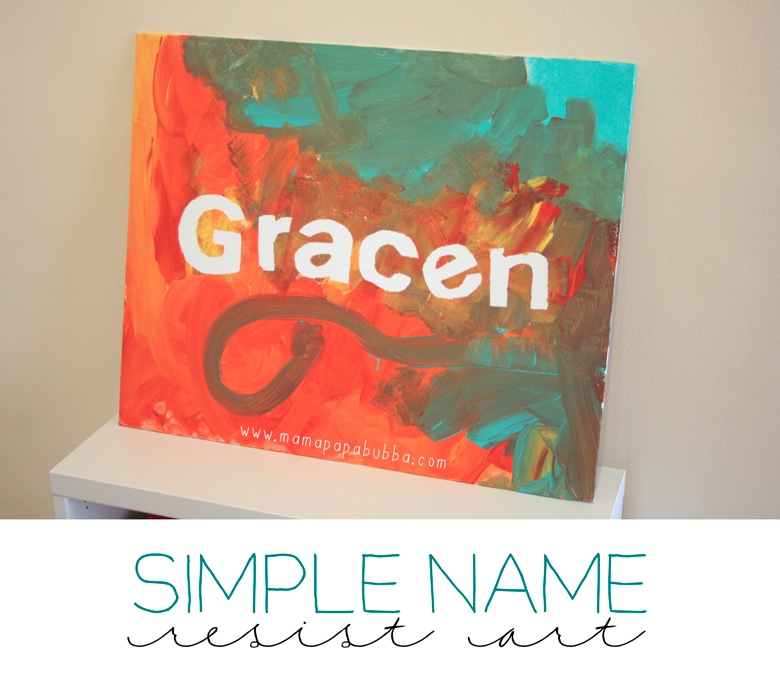 We had such a good time making our heart resist art the other day, that we decided to do a similar project for today’s Wednesday play date.  Since I eventually want to create a large canvas that displays a favourite quote using this technique, I decided that we’d try using letters this time around.  And what better way to use letters than to spell the munchkin’s names?!  Name resist art it was. 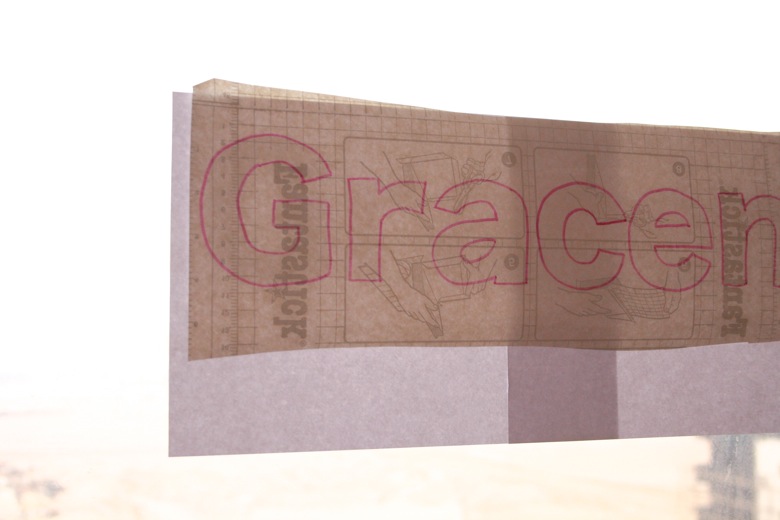 Now, if I were back home, I would most likely just pick up a pack of stick-on vinyl letter decals, but since I haven’t been able to find those here in Kuwait, I decided that we’d make our own.  To do so, I printed off each name in a big, clear font that I liked, then taped the print outs to the window with a strip of clear contact paper (aka ‘sticky backed paper) on top.  Using a permanent marker, I traced the letters onto the plastic side of the contact paper.  {You could also just freehand this step if you’re better at drawing block letters than I am.} 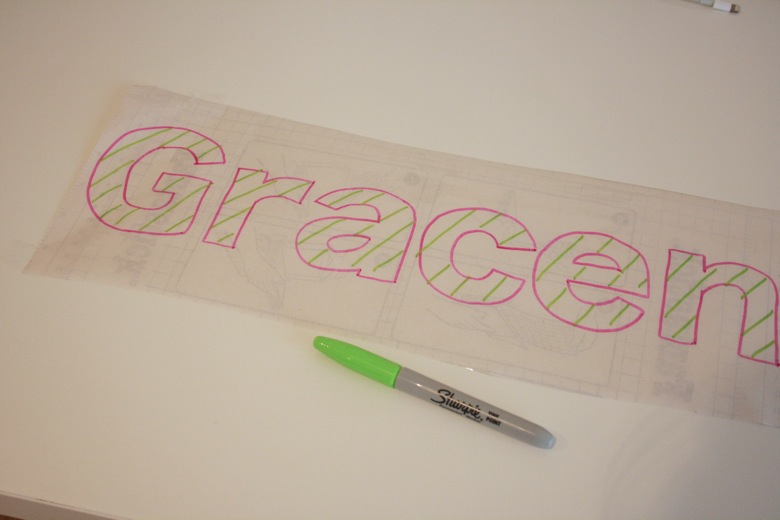 Then I really quickly added some stripes to the letters so that they’d be easier for the munchkins to see when placing them on their canvases later on. 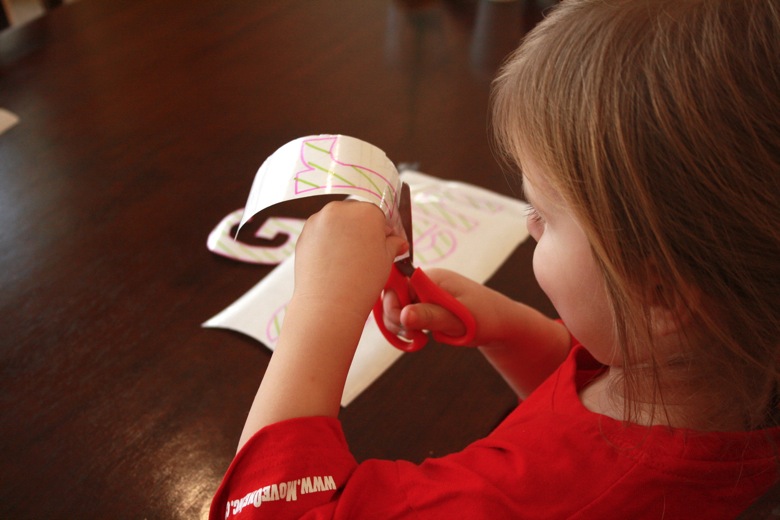 Next came the cutting part.  I wasn’t sure if Grae and her little friend would be able to cut them out on their own, but I figured we’d give it a try.  I showed them both how to cut one letter off of the strip first, then slowly cut along the lines, rotating the contact paper if needed. 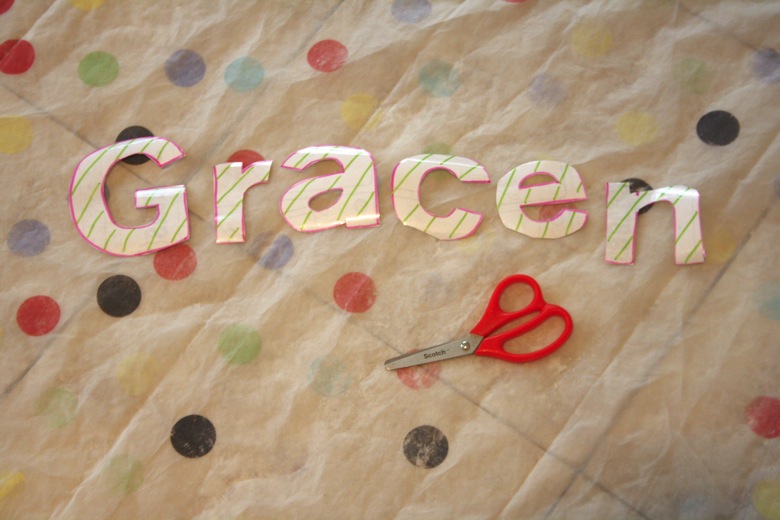 Both kids did amazingly well.  I cut out Grae’s ‘G’ and ‘a’, and helped with the middle part of the ‘e’, but she did the rest completely independently.  Her little friend did just as well – I helped him with a few, and he did a few on his own. 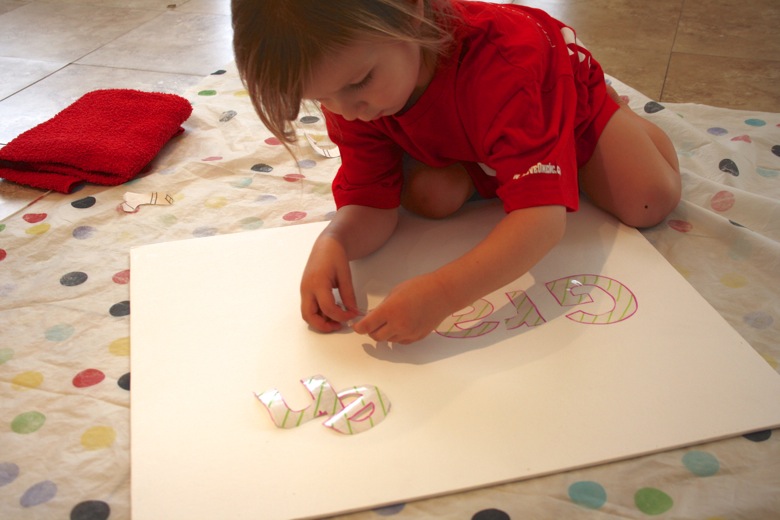 Then it was time to stick them on our canvas boards.  Because I scored a bunch on sale the other day, we used canvas boards, but regular canvases would probably work just as well as long as the little ones didn’t lean on their centres and stretch them out.  We talked about where we wanted our names and agreed that we should start on the left side in order to have enough space for all of the letters, then the kids set off to work. 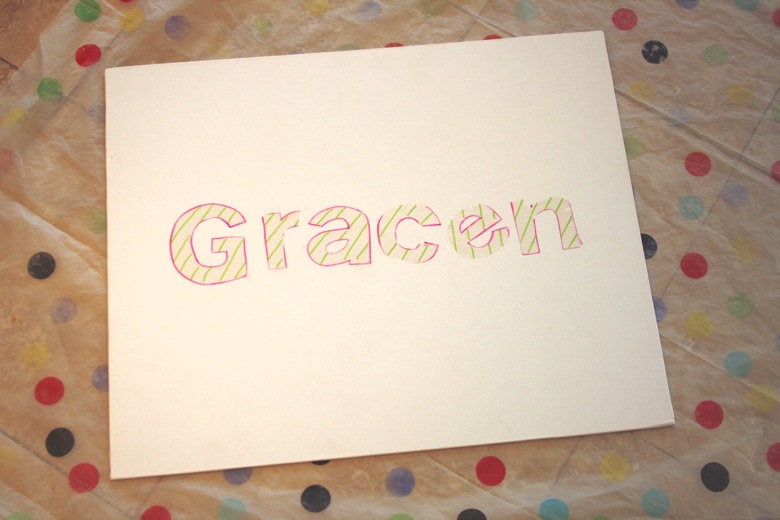 When done, we spent some time smoothing and pressing down the letters firmly, just to be sure they were stuck well.  The letters are obviously not perfectly straight, but I think that adds to the charm of the project and I really like letting kids do as much as they are capable of. 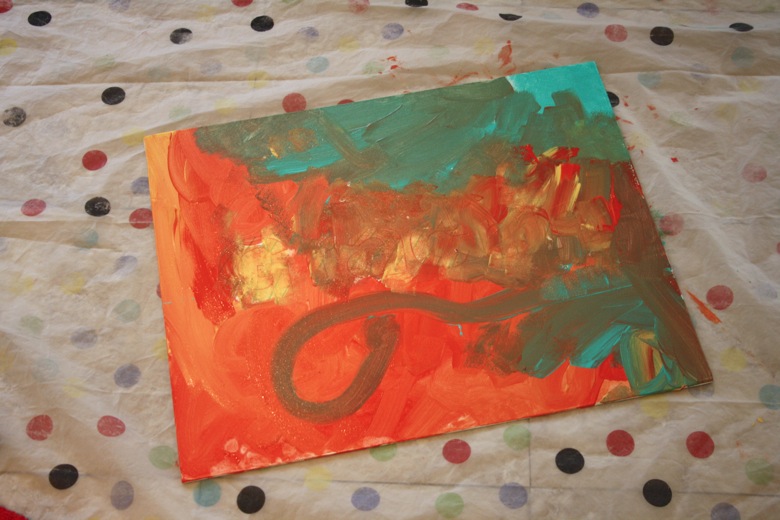 Then it was time to paint!  I asked each munchkin to select 3 acrylic paint colours, gave them a small chunk of a kitchen sponge for each, and encouraged them to paint the whole canvas {using a dabbing technique near the letters just to ensure they wouldn’t be wiped up or off}. 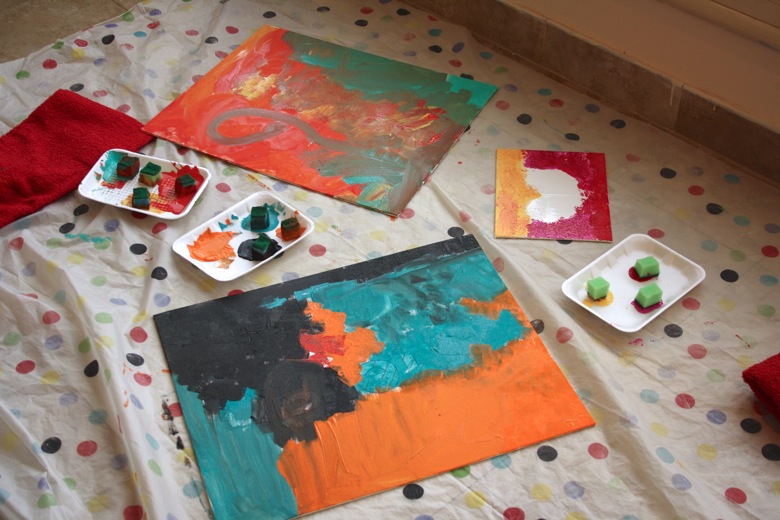 Then it was time to let them dry… 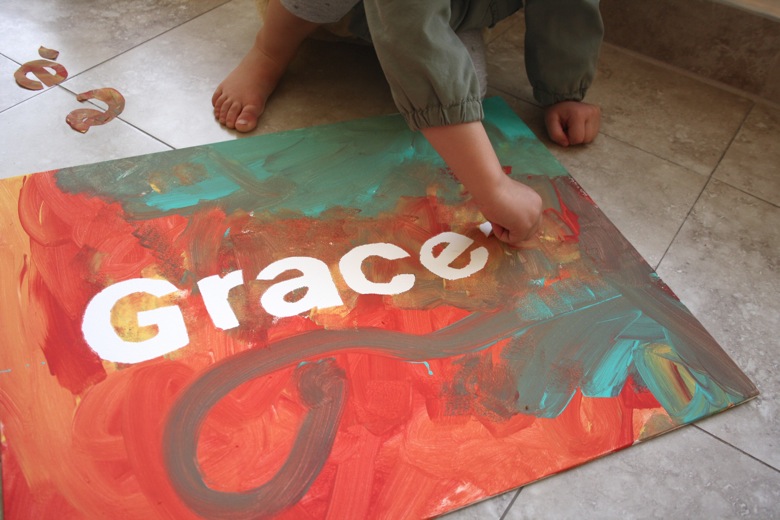 After a couple of hours, it was time for the best part – peeling off the stickers! 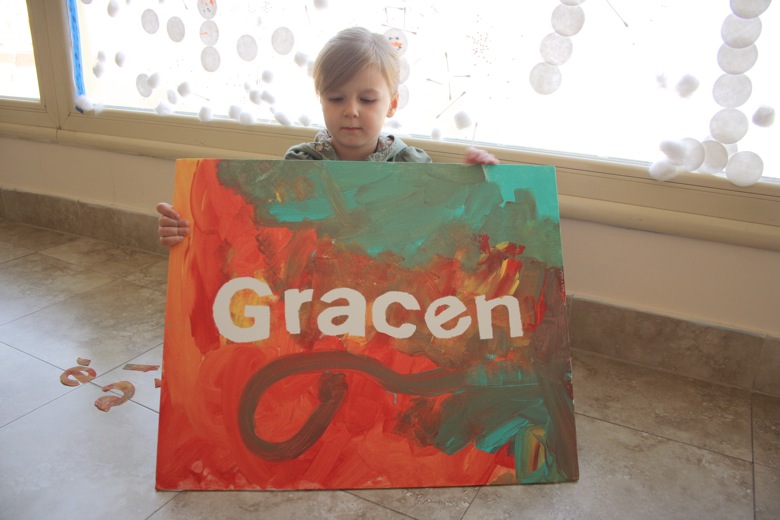 And here’s the finished product.  So cute, right? 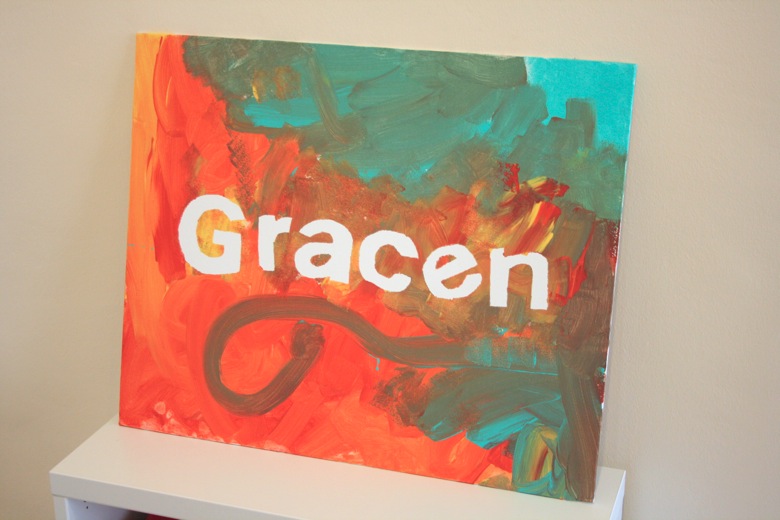 I think this will be perfect hung on one of Miss G’s walls or added to the gallery wall I have planned for above our creative work space.  ☺