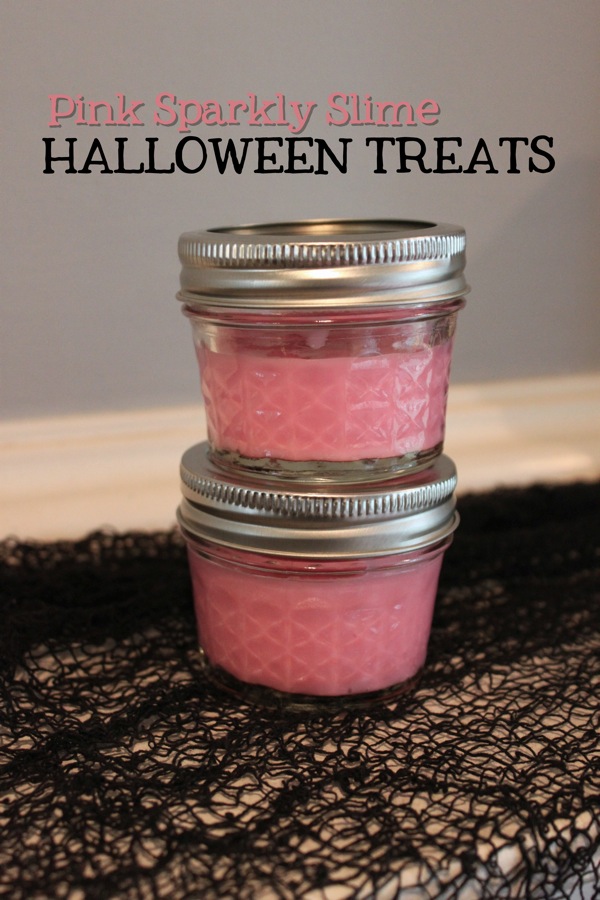 Bright and early this morning {while still in pajamas}, Gracen and I put together some little Halloween treats for her “yittle dance class fends”.  While a little non-traditional, I wanted to make something Gracen-friendly (she hasn’t had refined sugar / junk yet) and call me a downer, but between sweets from family members, school, and trick-or-treating, I think most kids get more than enough junk on Halloween as it is.  Our alternative?  Mini mason jars filled with sparkly slime. ☺ 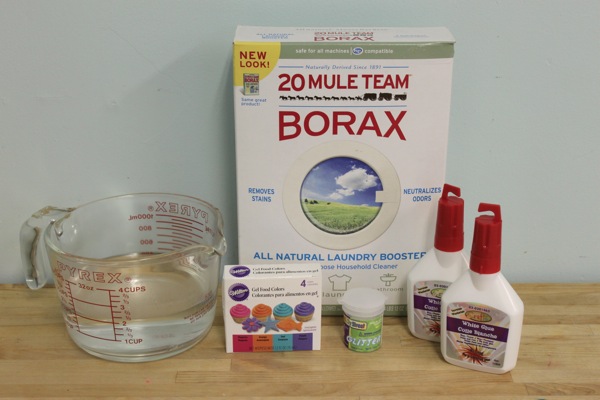 First off, Miss G helped me collect a few ingredients from around the house… Warm water, Borax, food colouring, glitter, and white glue. 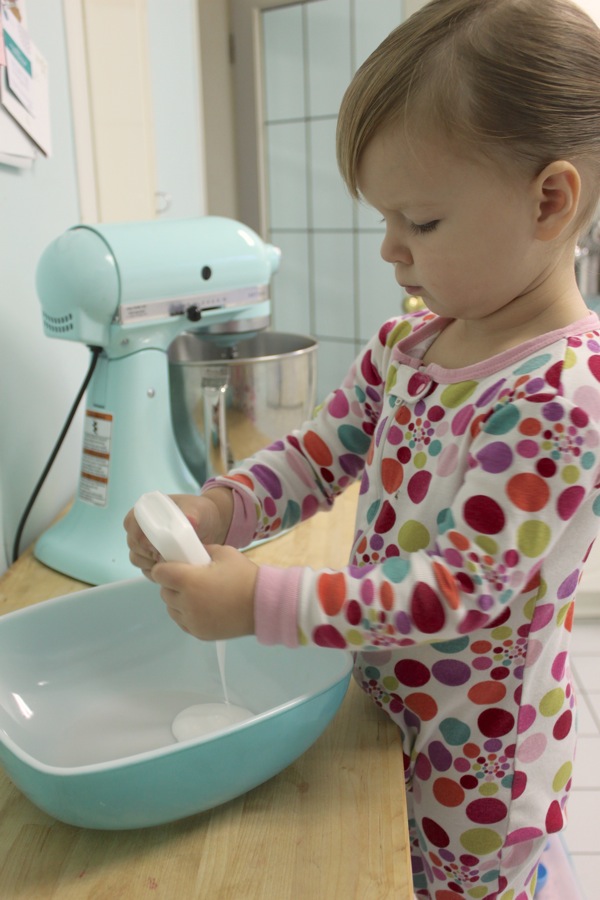 To get us started, she emptied a generous amount of white glue into a large mixing bowl… 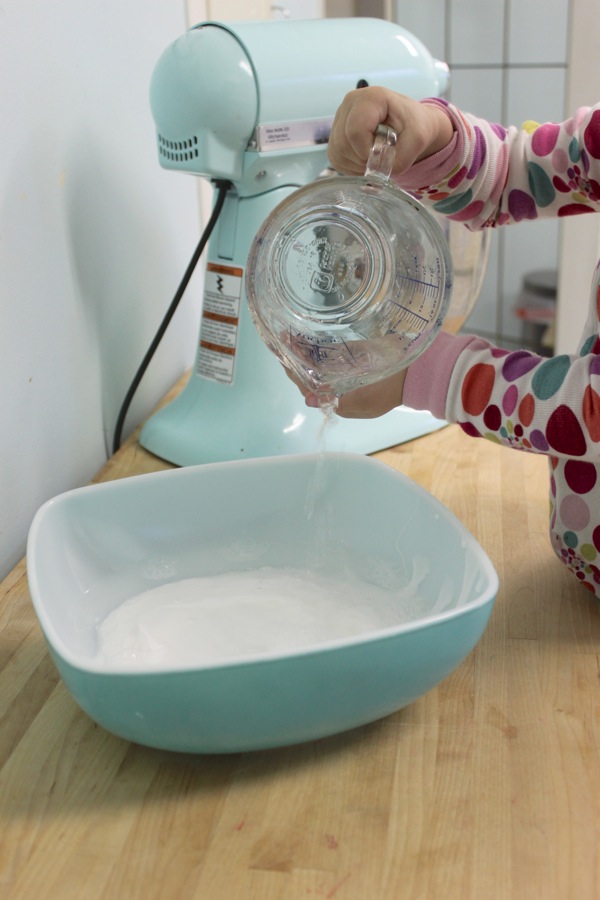 Then added some warm water… 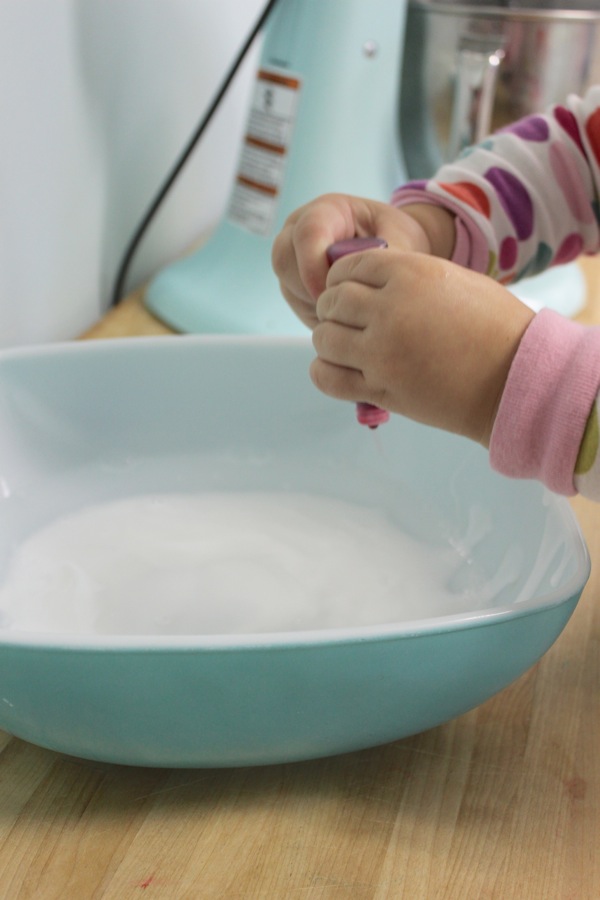 A single drop of gel food colouring (she chose pink which isn’t particularly Halloween-ish, but I figure it’s perfect for a group of teeny tiny ballerinas)… 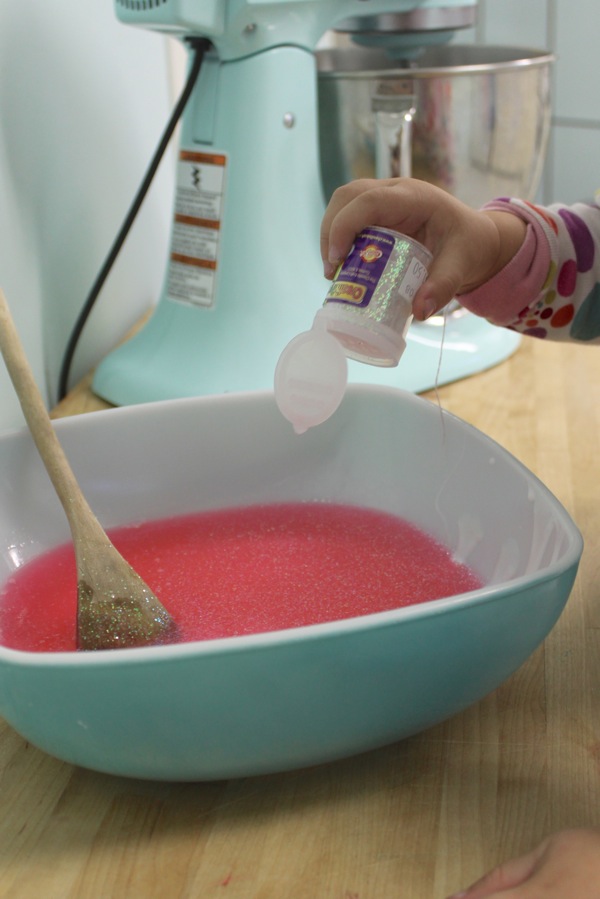 And a liberal amount of glitter. 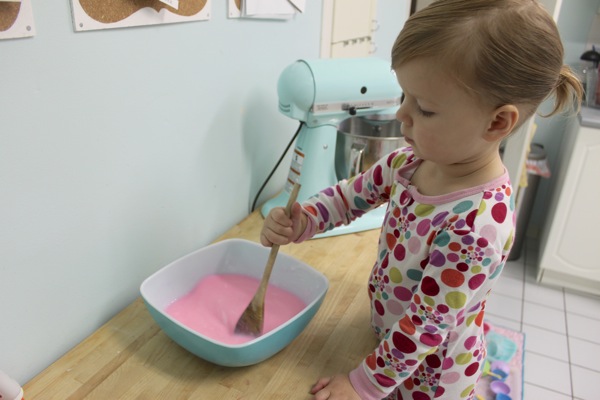 Then we stirred everything up really well until the mixture was smooth and all of the glue globs had disappeared. 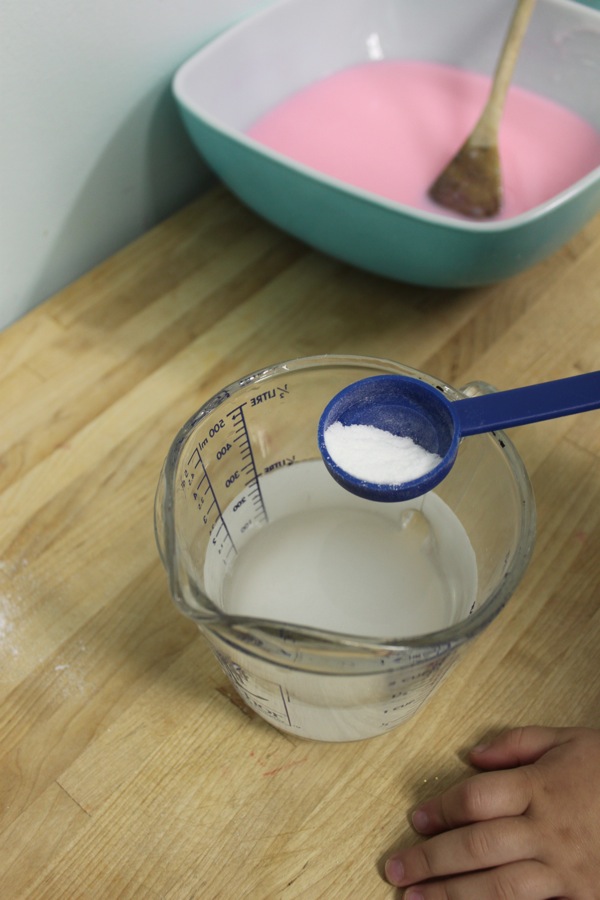 After setting our glue / water mixture aside, we added some Borax to the remaining warm water… 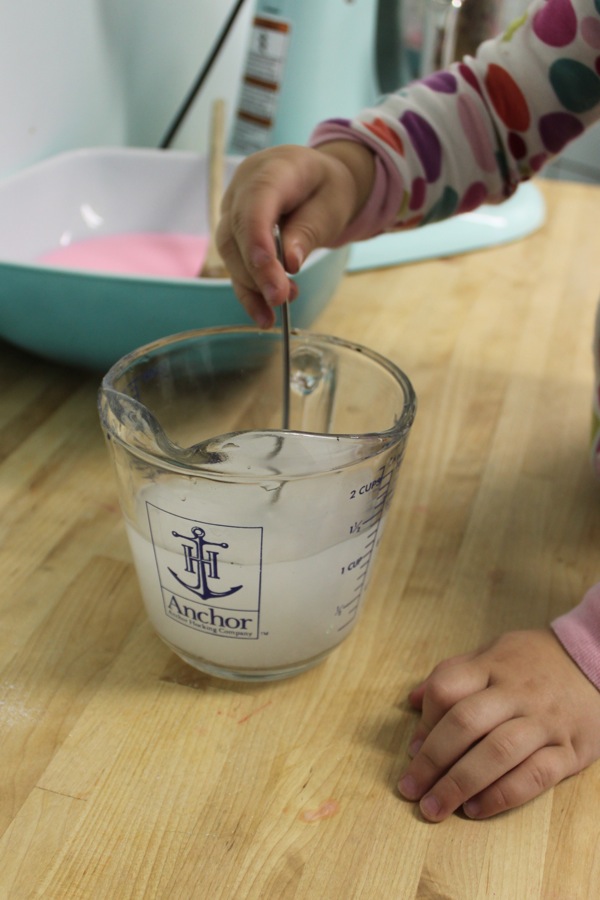 And stirred it well. 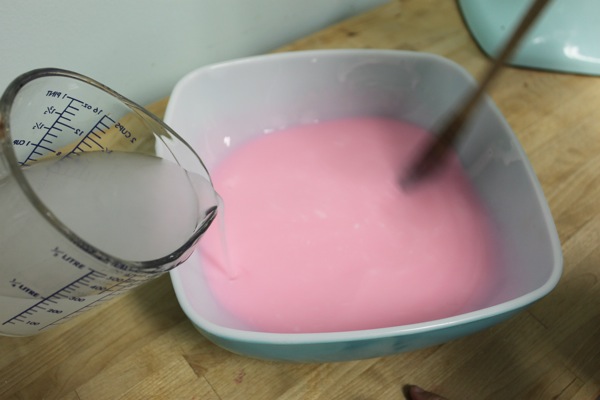 Then it was time for the magic!  While Gracen gently stirred the glue / water mixture, I slowly began pouring the water / Borax mixture in. 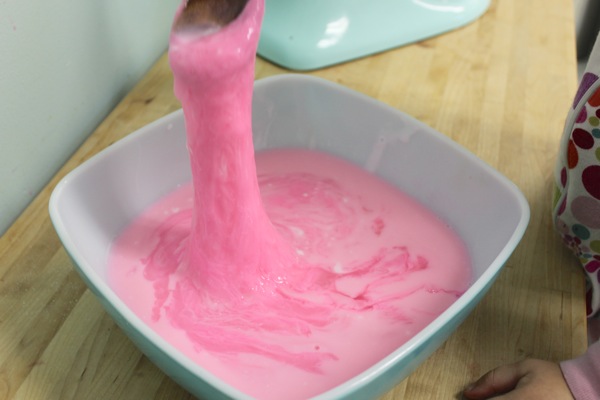 In just seconds, we could see the liquid starting to thicken up and come together in a large mass. 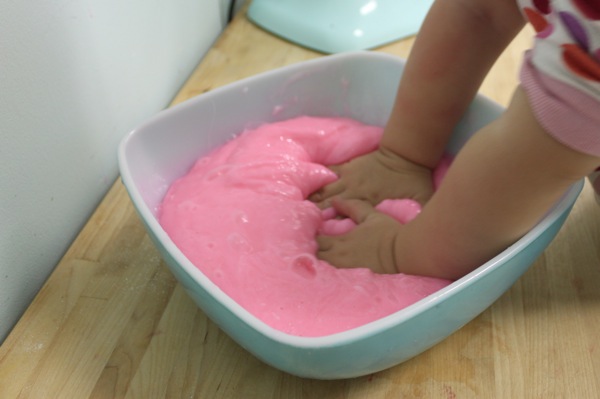 Once everything had been well mixed, I poured out what little excess water was left and Grae began kneading the slime.  Before long, the slime was firmer, less sticky, and ready to be packaged. 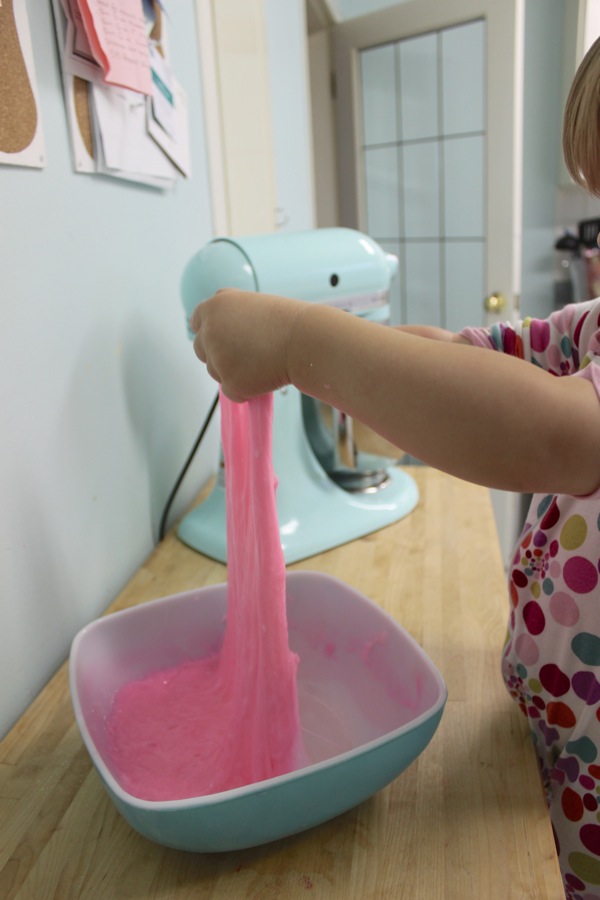 But not before sneaking in a little play time first though. ☺ 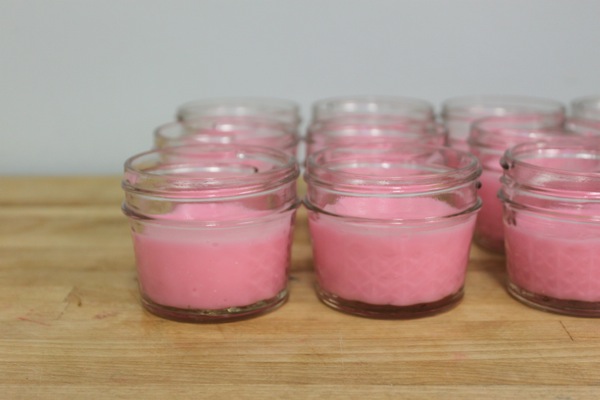 Afterwards, we separated our pink sparkly concoction into 12 mini mason jars, which we already had on hand from the individual mason jar cheesecakes we had at  Gracen’s recent 2nd birthday party. 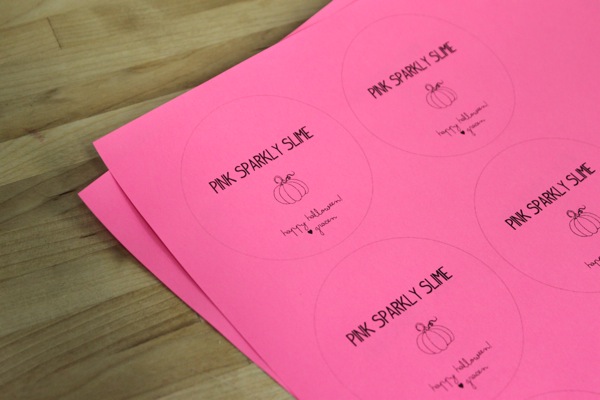 With our slime divided into containers, it was off to the computer next.  Gracen chose some fluorescent pink paper and the pumpkin clipart, I chose the fonts, and together we came up with these super simple labels. 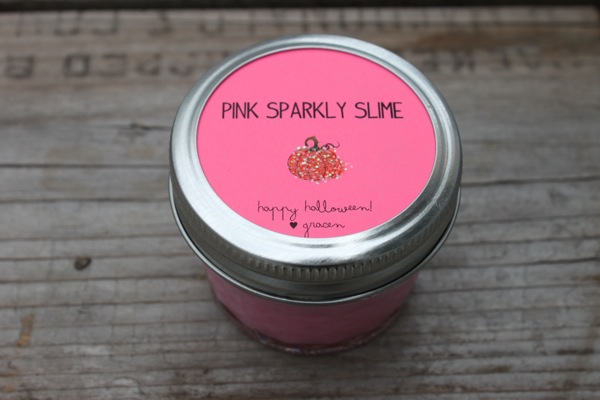 A little orange marker and a dash of sparkle, and here’s the finished product.

Sparkly Slime (adapted from this recipe)

Combine the first set of ingredients until the mixture is smooth and free of glue blobs.

In a separate measuring cup / bowl, combine the second set of ingredients until the Borax is dissolved into the water.

Slowly pour the Borax mixture into the glue mixture, stirring as you pour. When the slime comes together in a large mass, pour off the excess water and kneed the slime for a few minutes.

Package in pretty little mason jars and gift to your friends on Halloween.

* One thing to keep in mind is that while clear Elmer’s glue will work just fine for this recipe, the ‘environmentally friendly’ version will not.  Trust me. We tried it. TWICE. *

* Also, if you’re wondering about the safety of Borax, this post is extremely helpful. *