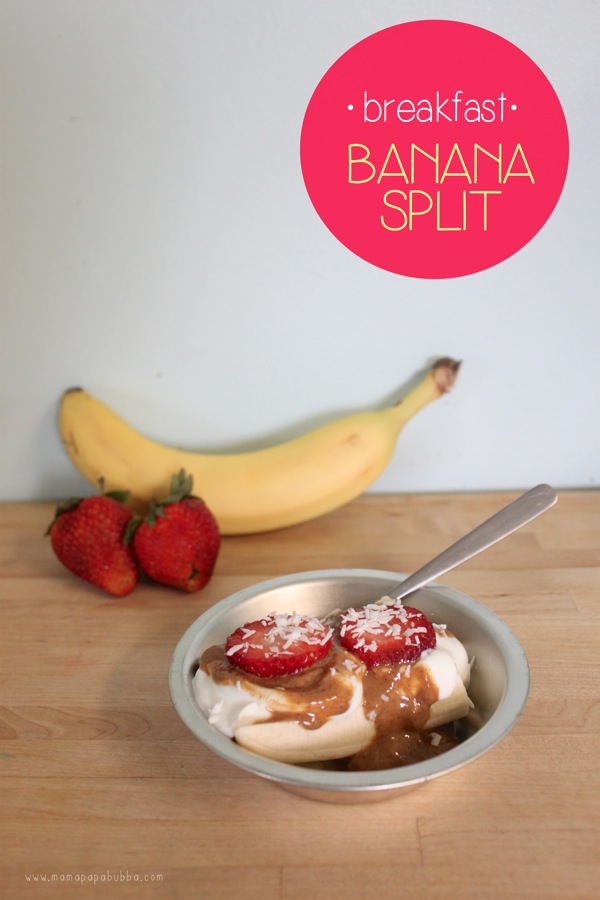 Based on my beginning Toddler Food posts, this breakfast is an old favourite, but for one reason or another, I haven’t made it in a very long time.  I guess I kind of forgot about it.  But the other day, when Miss G’s breakfast request involved only one stipulation – something with bananas – it was the first thing I thought of.  I made her her first breakfast banana split in a long time, and she absolutely gobbled it up.  When lunch time rolled around, she requested another and convinced me with a “But Mama, I looooooooved that banana split.  You made it soooo yummy.”  I finally drew the line at dinnertime when she requested a third, but she’s had it for breakfast several times since. 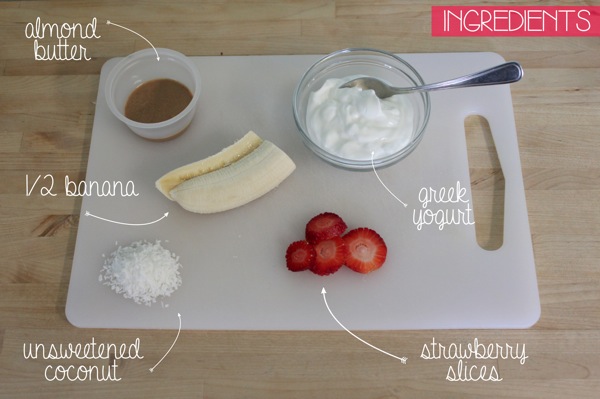 It’s such a simple morning meal, but it’s healthy, can be made a ton of different ways, and almost tastes like dessert for breakfast. ☺  They change from one time to another, but here’s our usual line up of ingredients…  1/2 a banana cut lengthwise, plain organic greek yogurt (you could use sweetened yogurt if that’s what you’re used to), some almond butter (any nut butter would be delicious), a strawberry sliced up, and something to serve as sprinkles (today we used unsweetened coconut, but we’ve also used chia seeds and hemp hearts). 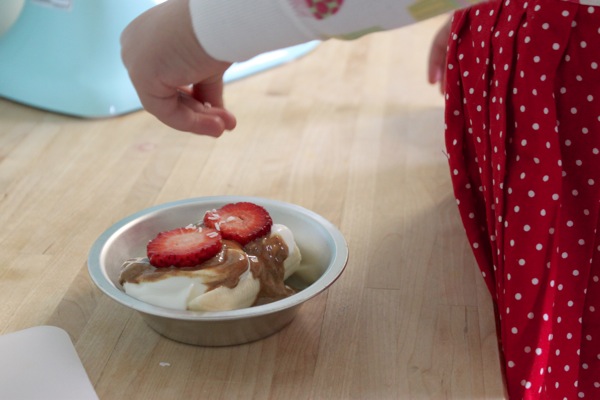 This morning, I set out the ingredients as a little ‘build your own breakfast’ station and Miss G assembled her own banana split.  Just as we’ve done together previously, she laid the banana pieces down first, added a couple of big scoops of greek yogurt, topped them both with almond butter and strawberry slices, then sprinkled the whole thing with coconut. 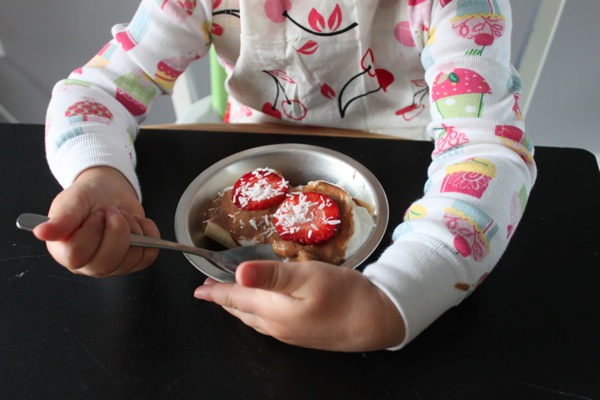