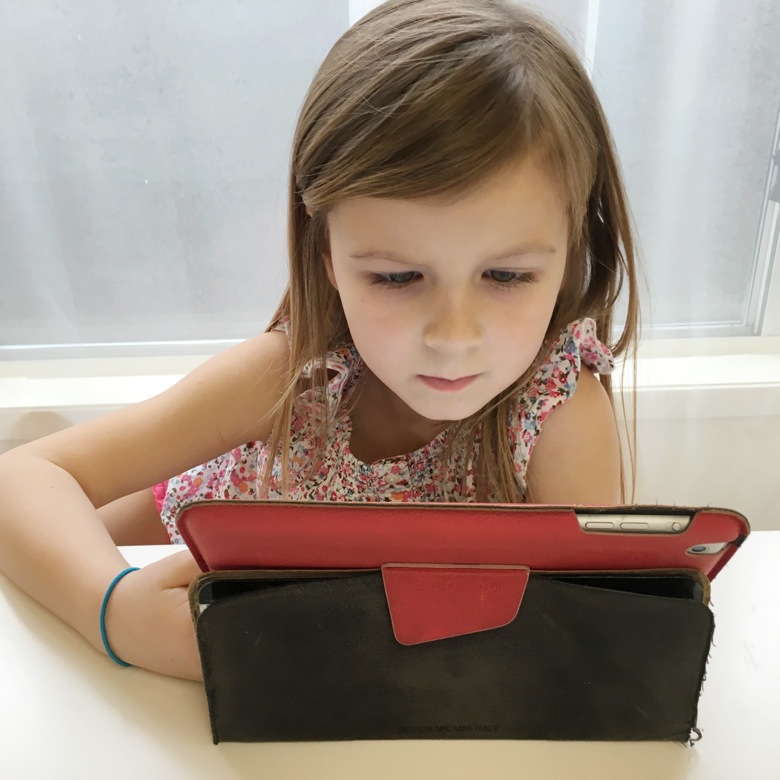 Believe it or not, Miss G got her very own iPad for her fourth birthday.  Not from us of course, but from her Uncle, Auntie, and cousins who absolutely spoil her rotten.  At the time, we were about to make our second move to the Middle East and though we’re quite conservative when it comes to media and screen time, my brother and sister-in-law thought that it would be perfect for on the plane {hello, 36 hour journey!} and for keeping in touch once on the other side of the world. I’ll admit it… Although I think I was sort of in a state of shock when she opened it {an iPad for a four year old?!}, they were totally right.  It’s been so nice for Miss G to have her own device {especially when travelling} and having it hasn’t meant that she’s become a little screen-addicted zombie either. ☺