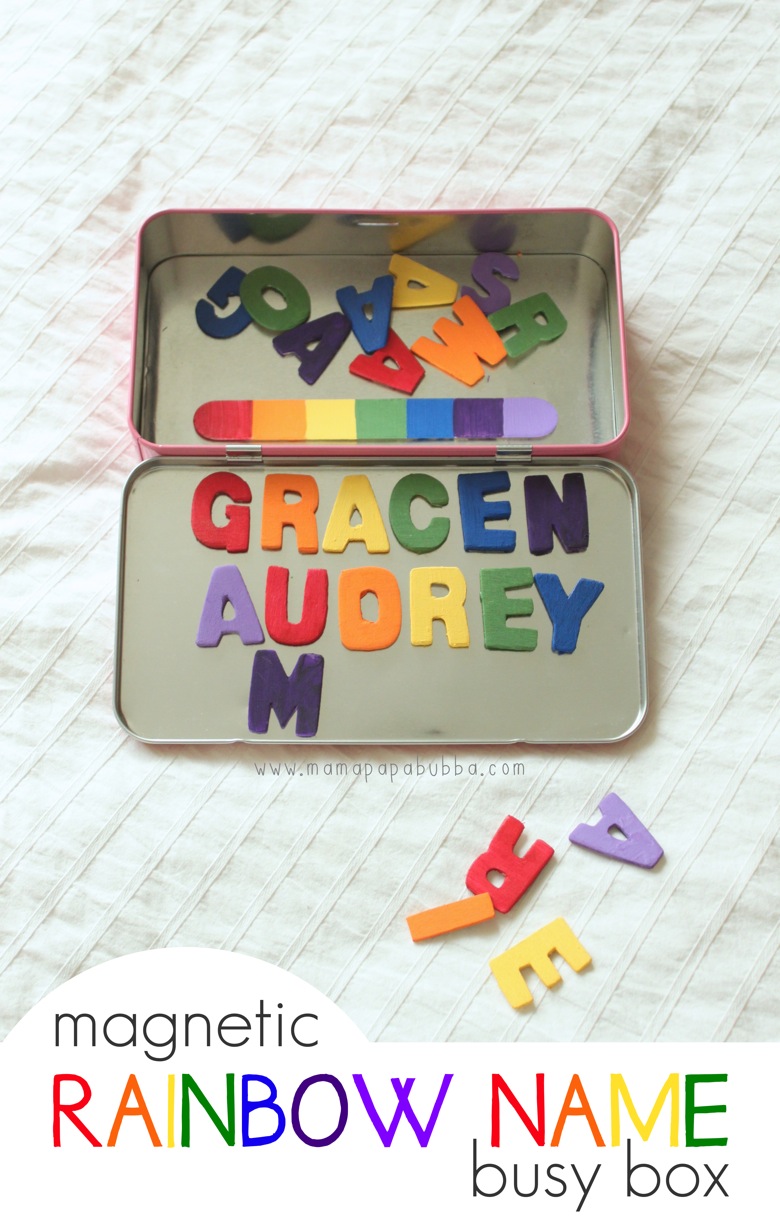 With Miss G being under the weather this week, we’ve spent quite a bit more time at home than usual.  This has allowed us loads of time to dress-up, read in our new fairy tale fort, play round upon round {upon round upon round} of UNO, and do all sorts of fun creative projects and activities – one of which was creating this fun magnetic rainbow name busy box.

END_OF_DOCUMENT_TOKEN_TO_BE_REPLACED 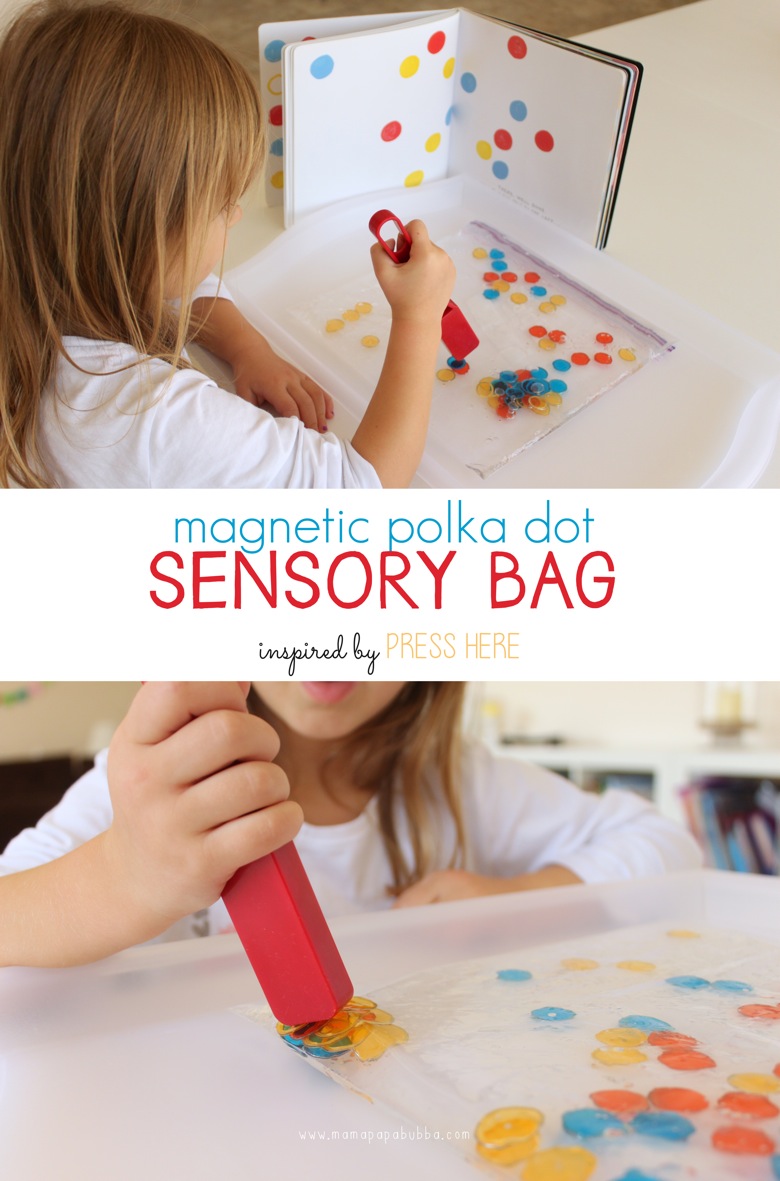 This week of our preschool book club was a much anticipated one.  Our book, Press Here  by Hervé Tullet, has been a favourite of ours for a very long time due to its interactive nature, so we couldn’t wait to explore it further.  If you’ve not read it before, each page requires the reader to complete an action of some sort before moving on to the next page to see what has happened to the dots {for example, ‘five quick taps on the yellow dot’ or ‘try shaking the book…just a little bit’}.  Definitely a fun and unique book!

END_OF_DOCUMENT_TOKEN_TO_BE_REPLACED 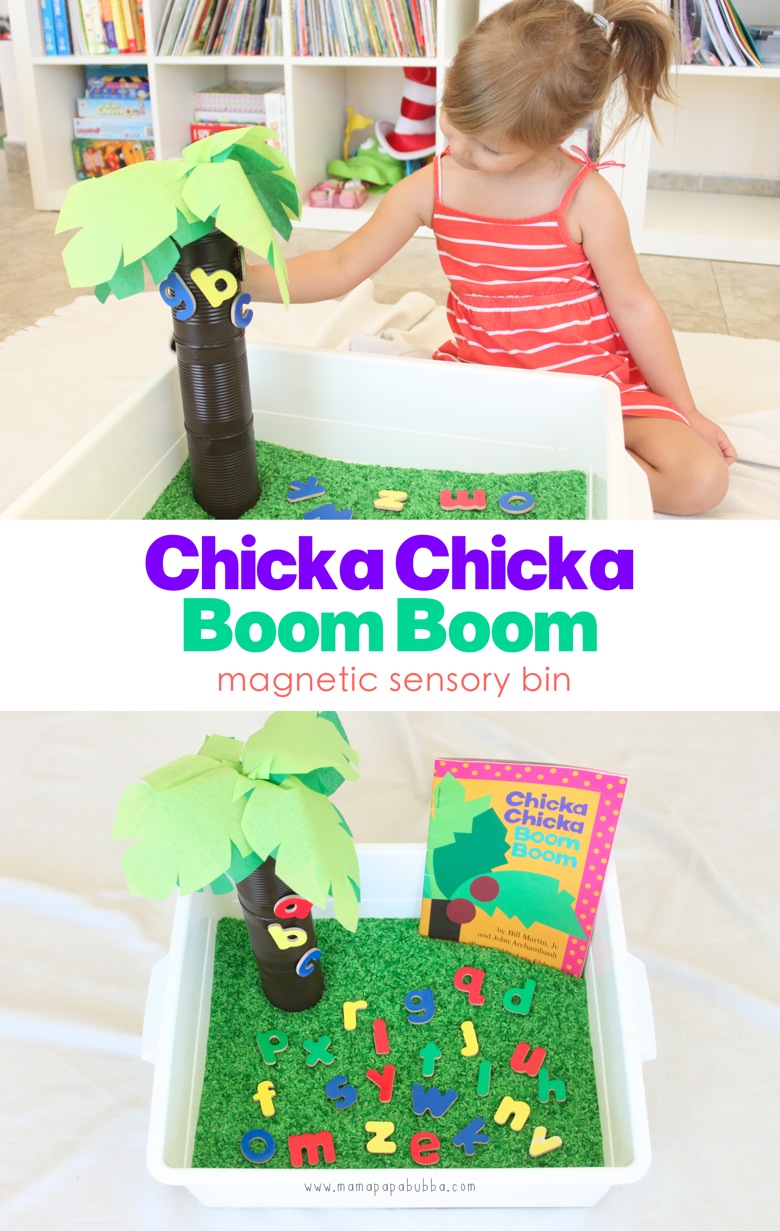 Something I’ve recently started making sure we make time for is fun, hands-on book activities.  I’ve always loved extending favourite read alouds with fun learning activities in my classroom, and Miss G absolutely adores reading books, so I’m not sure why it took this long, but heh – here we are.

END_OF_DOCUMENT_TOKEN_TO_BE_REPLACED

Today, Miss G and I did a great big deep clean of her room.  During the tidying, down came the epically successful styrofoam structures station.  It was time.  It had been played with every single day for nearly three weeks and was starting to become a giant mess of styrofoam dust and building junk .  Luckily, I had been preparing Miss G for the change for the last few days, so everything got taken apart and tucked away without any issues. 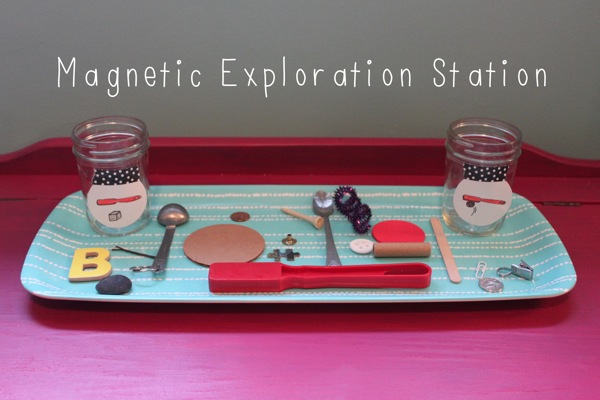 What I wash’t prepared for however, was the fact that as soon as her toy box top was cleared off and wiped down, she said “Mama tells Grae Grae ’bout da NEW toy box prajet (project)!”  Uhhhh… I hadn’t thought that far ahead.  Oops. I explained to Gracen that I wasn’t sure what would replace her beloved building station, but I would think of something FUN, get it ready during her nap time, and surprise her with it when she woke up.  No pressure. 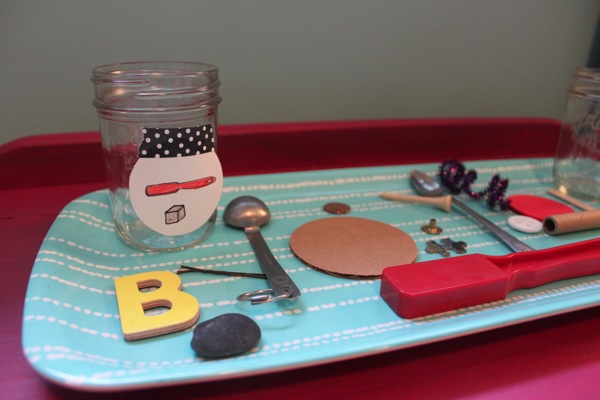 Since I had about a gazillion other things I had planned to get done during my baby girl’s nap time, I knew the new station had to be something quick and easy to put together.  I dug through our little living room toy box in search of inspiration, came across her bar magnet, and that was that…. A magnet station it was.  I gathered up all kinds of small things from around the house – some magnetic and some not – and placed them on a tray along with the magnet.  At first, I thought I’d just leave it at that, but then I decided it would be fun to add a sorting element since Miss G loves sorting/matching games so much. I remembered coming across this post on Pinterest a long while ago, and though adding ‘magnetic’ and ‘non-magnetic’ jars into the mix felt a little bit too “academic” or teach-y (we don’t really do planned learning activities yet), I decided to give them a shot.  After all, they could always be removed if they were too much. I retrieved 2 mason jars, drew 2 quick sketches (one illustrating magnetic, and the other one non-magnetic), cut them out, and washi taped them onto the jars.  Done! 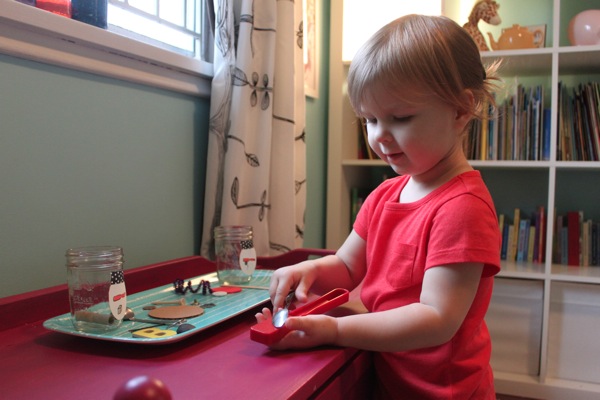 When Gracen woke up, she asked about her new project immediately (this girl doesn’t forget a thing).  I brought it in, explained that it was a magnet station, and let her jump in. 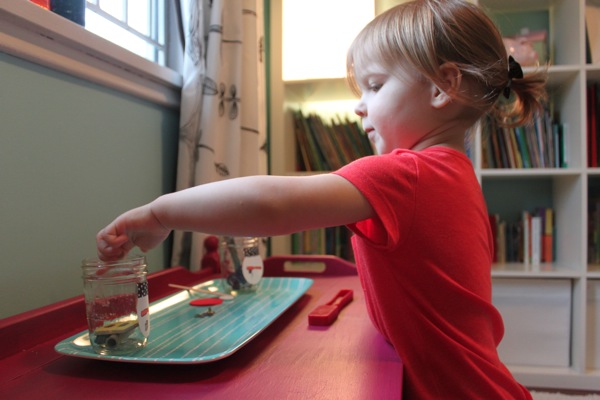 After a couple of minutes of exploration, I explained the jar drawings to her.  Without hesitation, she started placing things in the appropriate jars. 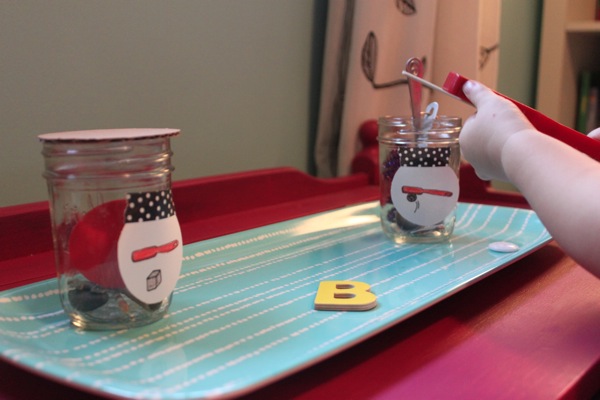 She was so into it that it didn’t feel like too much at all. 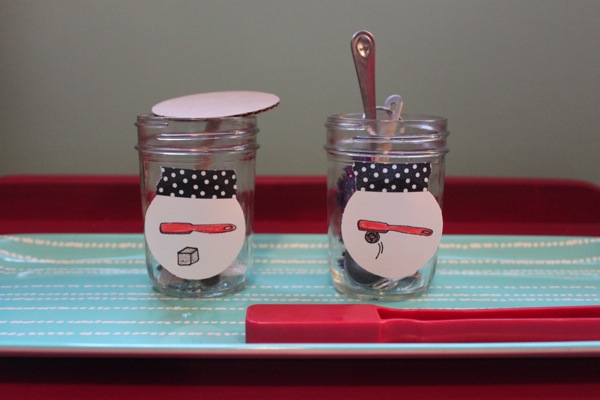 Before long, she’d sorted every last item into the jars and announced, “All done! Dump ’em and do it again!”  (A sure sign of success, I’d say. ☺)