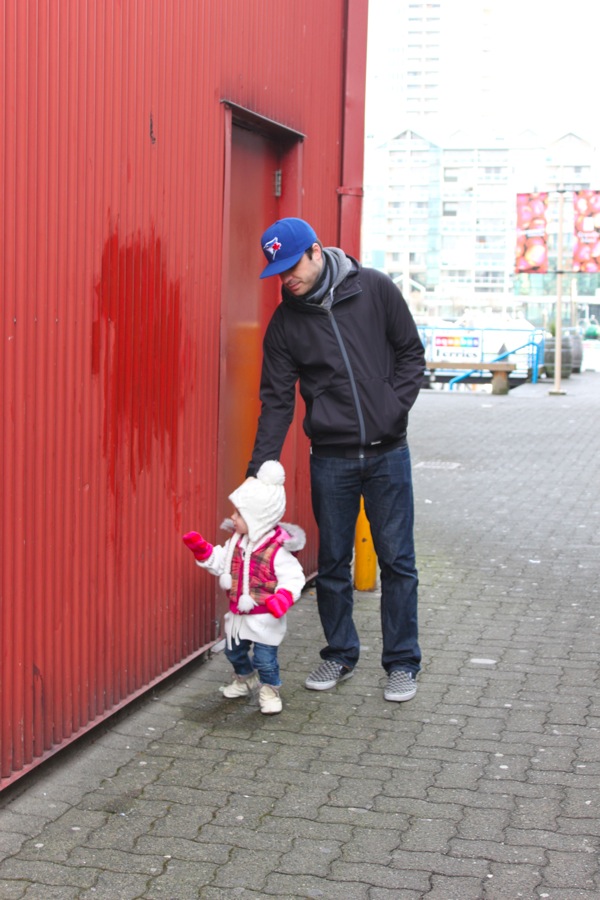 This morning we packed up our things and headed out to Granville Island bright and early. 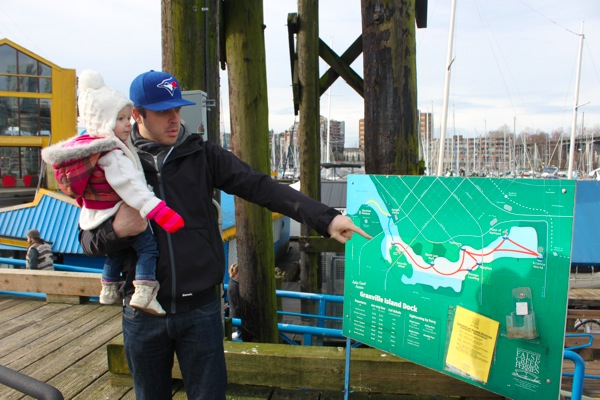 The air was crisp, but we layered up and did some exploring. 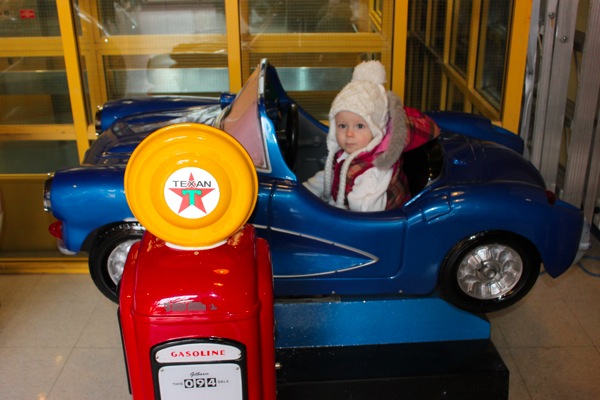 Naturally, we ended up at the Kid’s Market.  It was Grae’s lucky day.  We were there so early that she was asked to test drive this ride to make sure that it was working well for the day. 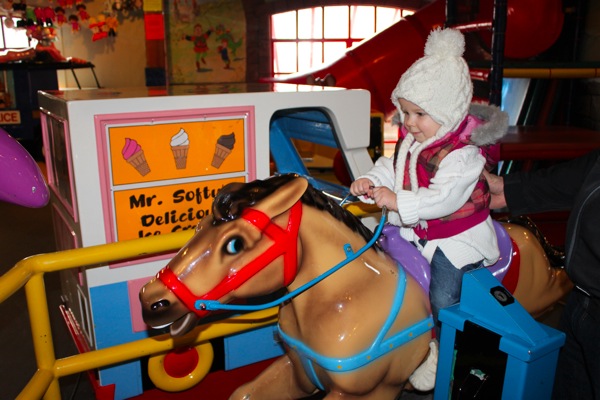 After riding in a corvette, we popped in and out of stores until we came across this guy.  She patted his leg, said “neigh”, and desperately wanted to climb on his back. 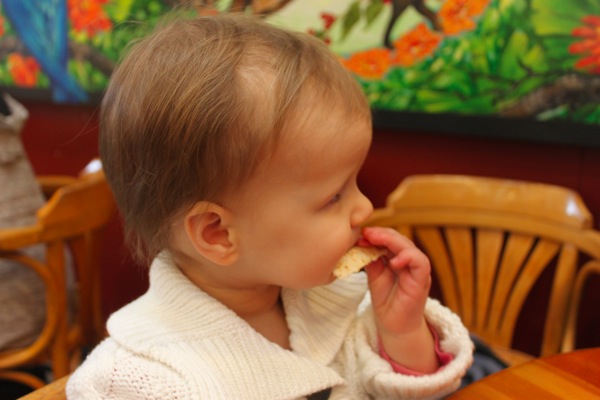 All of the rides caused Grae to work up an appetite. (Have I mentioned that she’s been a bottomless pit the last few days?  I think she’s making up for all of the days she spent sick and not eating last week.)  We headed to the market area where Gracen devoured a Terra Breads cheese flute and half of my souvlaki platter.  This little lady is all about Greek food right now.  Tzatziki?  She LOVES it. 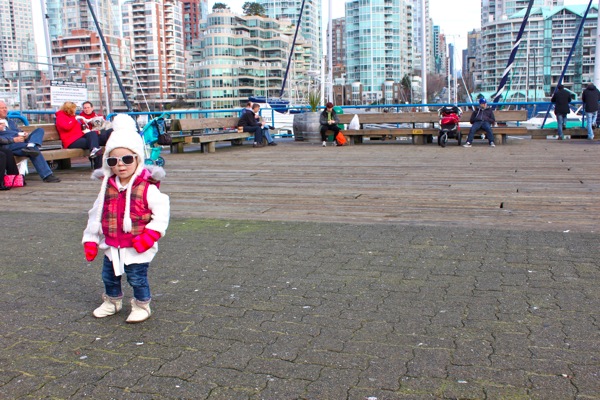 After a yummy lunch, we headed back outside to enjoy some more fresh air.  Gracen is all about being able to let loose and run around without having to hold someone’s hand. 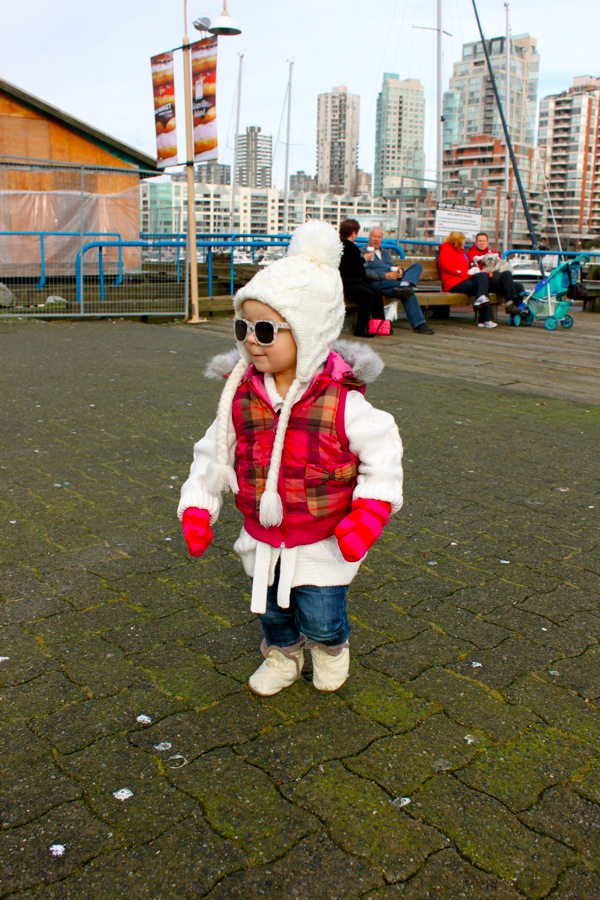 Of course, Gracen walked right up to the local musician who was performing and started dancing to his music. (Side note – If you look closely, you’ll see a couple with a dog and a stroller sitting on the bench behind Miss G…  You’d probably think that they had a baby as well, but no.  That wasn’t the case.  The stroller was actually for their four-legged furry friend!  I’m all about loving your pets – I did miss a funeral for a human being on the day I found out Titan had died because I couldn’t get my butt out of bed after all – but a doggy stroller? Really? Anyways, moving on…) 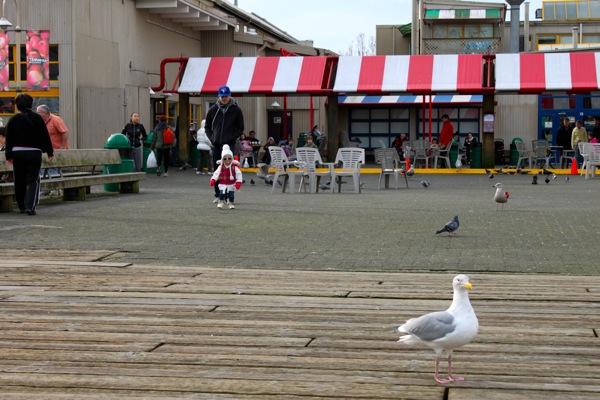 Besides enjoying local musicians, Grae’s other favourite Granville Island activity is running amidst the birds. 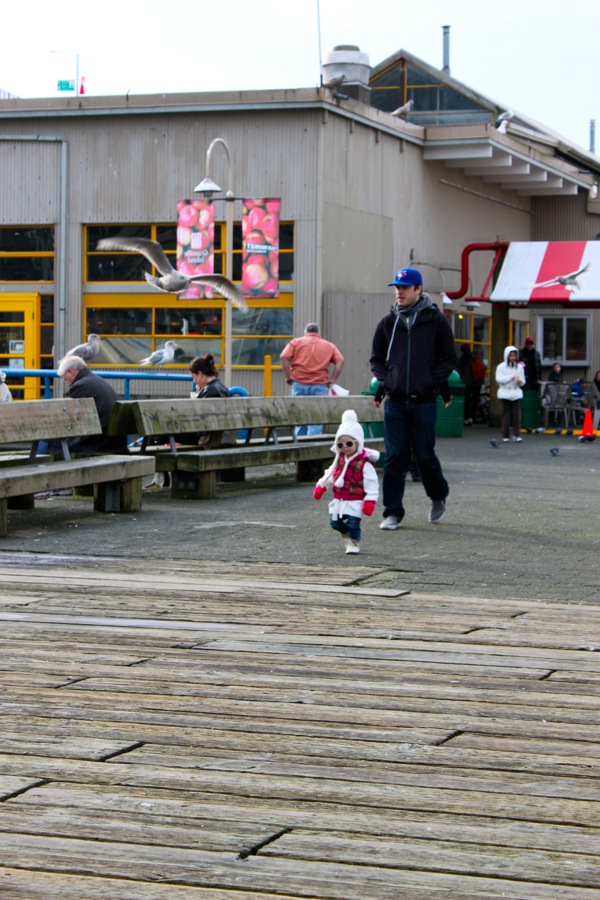 I’m not going to lie.  This freaks me out.  Sometimes I think that one of these human-sized seagulls is going to pluck my little girl up by the sweater and fly away with her.  Of course, Gracen doesn’t seem to be the least bit worried.

We had a lovely morning {mostly} outdoors, which will make up for the afternoon we’re about to spend indoors watching the Super Bowl…  Go, Patriots, go!