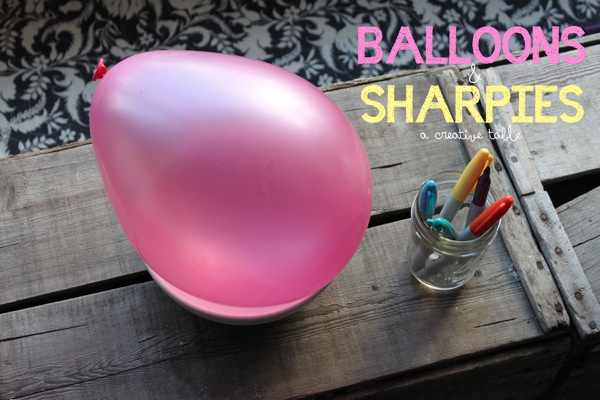 This morning as Gracen was playing in her room (aka tearing everything off of every shelf and pulling everything out of every drawer) and I was doing a little bit of tidying, I decided to quickly load up her creative table with some new supplies.  We’ve had balloons floating all around the house since her half birthday balloon bath, so I grabbed a couple of soup bowls, placed a couple of balloons inside, and put out a little jar of my {coveted} colourful Sharpies. 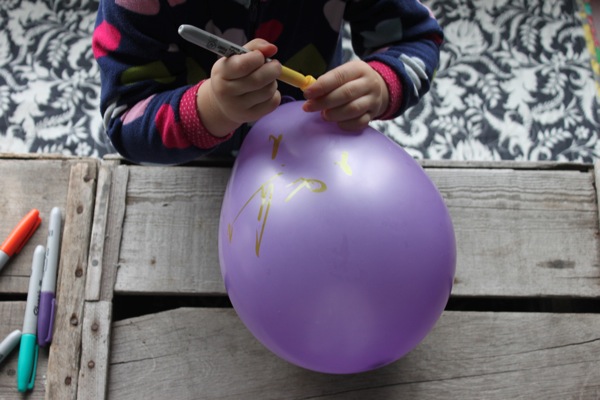 Without a word of exaggeration, upon coming into the room, Grae’s eyes lit up, she punched both fists into the air, and squealed “Yaaaay! New crafting stuff!” 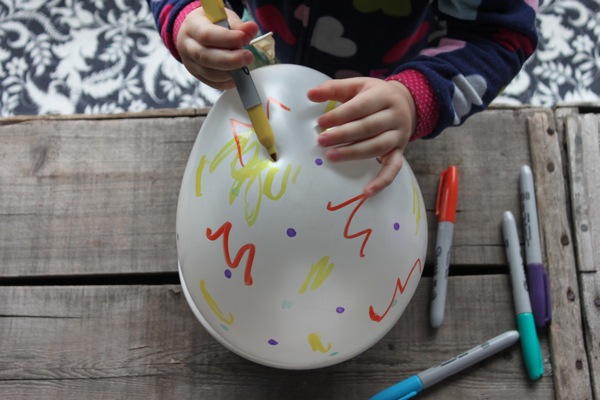 She found it pretty hysterical that she was allowed to draw on balloons, and asked several times, “Mama, it’s okay to draw on dese balloons?” 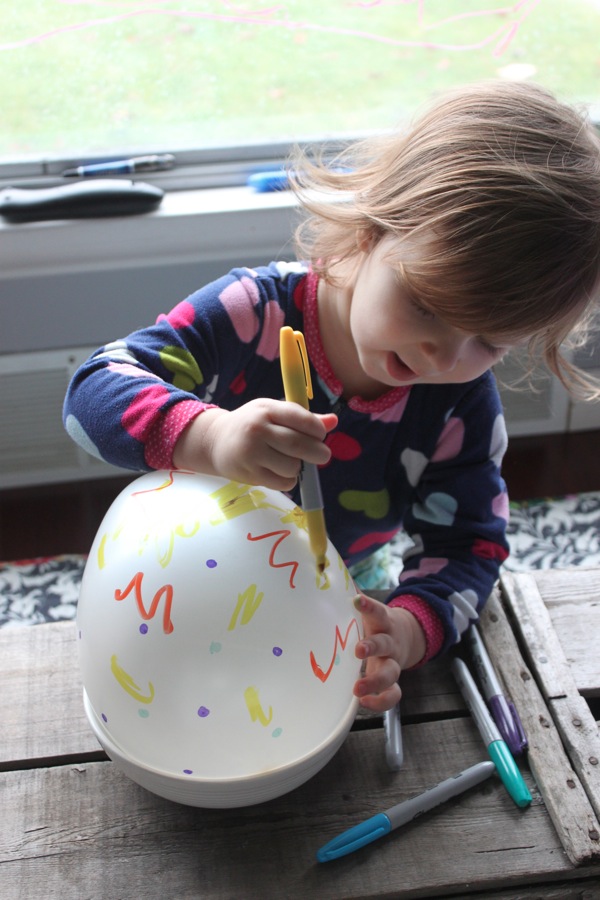 Once she accepted that it was most certainly okay to draw on the balloons, she dove in.  Her favourite was a ‘game’ she asked me to play with her…  I was to draw dots all over the balloon and she was going to colour over top of each.and.every.one. 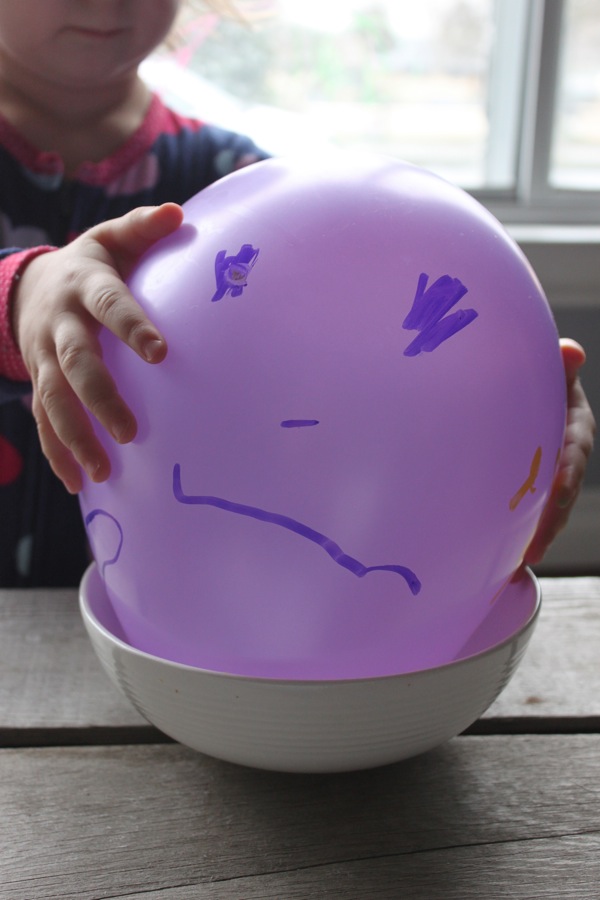 While the thought of balloons popping did cross my mind, day old {and therefore slightly squishy} balloons and well-used Sharpies = success.

So what do you do with balloons that have been drawn on?  Well, all of the things you do with a regular balloon I guess… Play keep it up, have a game of indoor volleyball, try kicking it really hard to see how far you can make it go – the usual.  Unless of course, you’ve drawn a face on it – then you can attach cardboard feet and have a little balloon person hang out around the house.  Like I think the majority of kids’ art should be, this is all about the process. ☺

See some of our other creative table ideas here.

7 thoughts on “Balloons and Sharpies: A Creative Table”