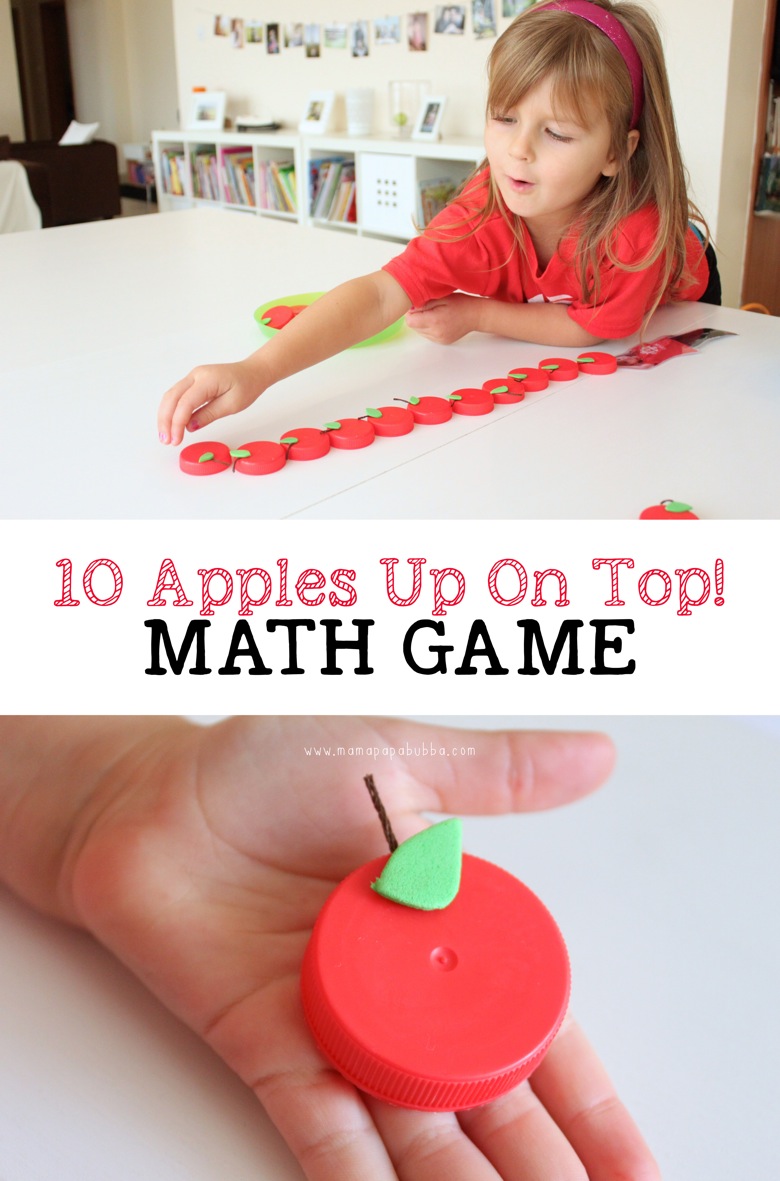 Not going to lie, this week’s preschool book club was a bit of a tough one…  Tough because firstly, we couldn’t find the book anywhere.  We visited bookshops, we visited grocery stores with book sections, we visited our school’s library, and we asked pretty much all of our friends.  No book!  Brad eventually scrounged up a digital version for us to see on the iPad, but after a friend suggested it this morning, I’m guessing that one of Kuwait’s many Instagram shops would have had it!  I hadn’t thought of that.  {Is this an around the world thing, or a Kuwait specific thing?  Here you can order almost anything via Instagram and Whatsapp and have the items delivered to your door.}  The second thing that made this week’s PBC challenging was that without the book physically in my hands, I had no inspiration.  For the life of me, I couldn’t think of a fun activity to go with it.  It was frustrating.  Eventually though, I thought of something {a very simple math game focused on addition and subtraction} and it’s pretty awesome.  Not awesome because it was crazy cool or unique, but awesome because Gracen did not want to stop playing.  In fact, we played from about 9:00 to 10:45 a.m. yesterday morning.  One round after the next – non-stop!  I love when something that was initially challenging turns out so well.