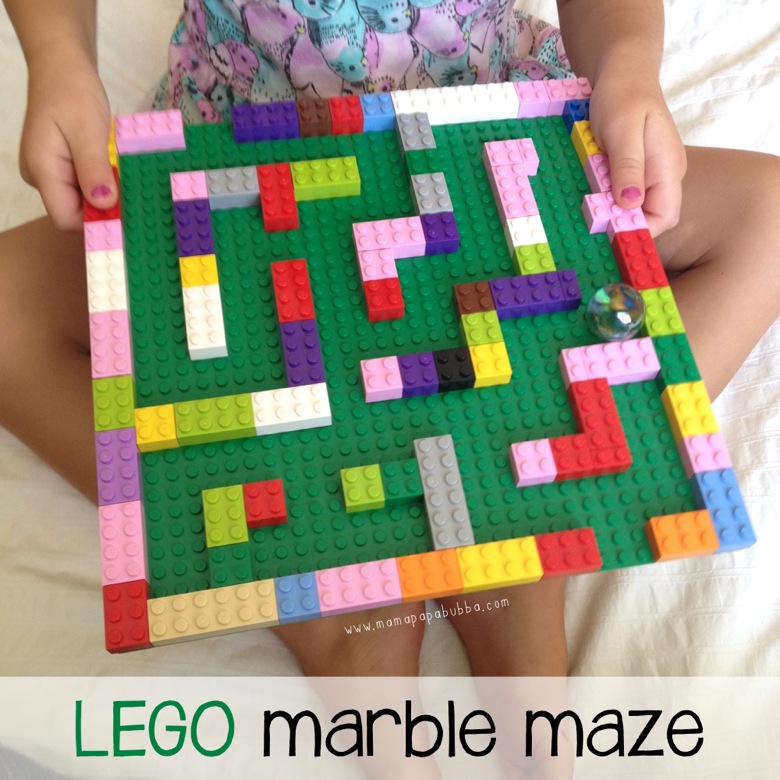 This is by no means a new idea, but after our scheduled morning pool party didn’t happen due to car issues, this LEGO marble maze totally cheered Miss G up!  If I remember correctly, I the first LEGO marble maze I saw was by Ness of One Perfect Day, and while a maze made out of LEGO can basically be however you want it to be, her LEGO marble run post has lots of great tips and tricks.

END_OF_DOCUMENT_TOKEN_TO_BE_REPLACED 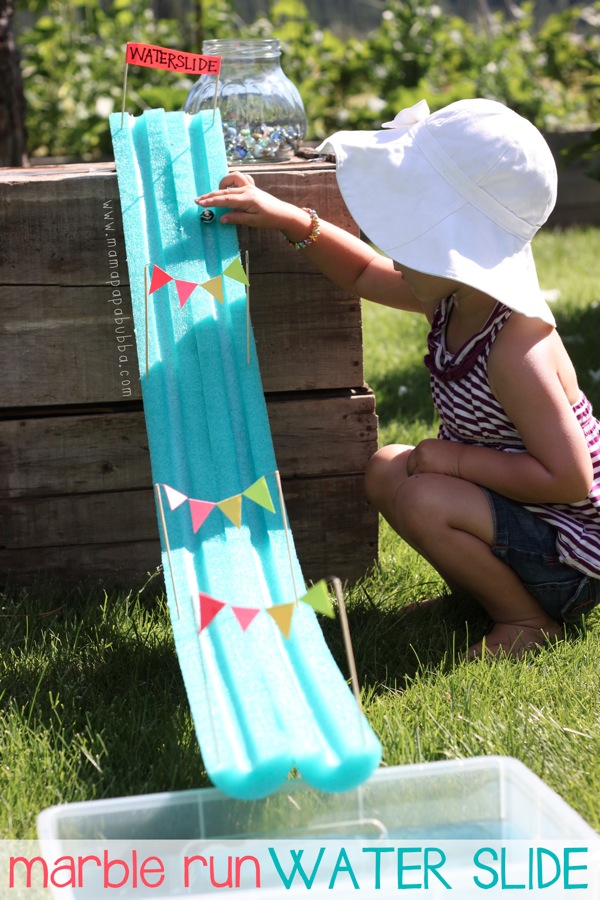 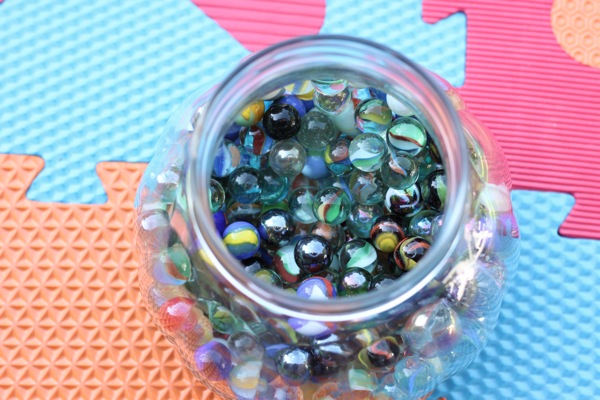 When I found this huge jar of marbles sitting in the closet of Brad’s childhood bedroom, I knew they had to be used for something fun.  I immediately thought of these two posts and knew that Miss G would love exploring a marble run. 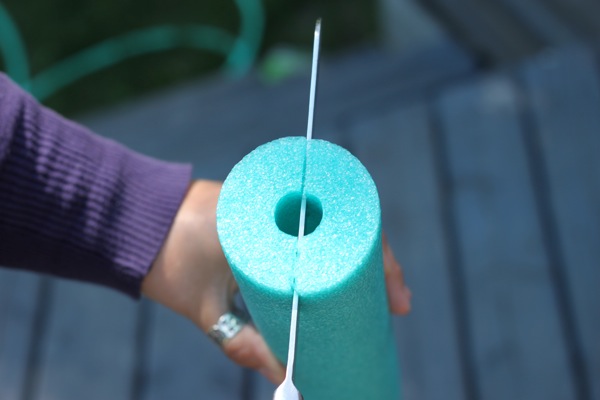 While Grandma Charlotte’s pool noodles didn’t have holes down the centres and every shop in the village she lives in appeared to be anxiously waiting the same pool noodle shipment, my hometown not far away had pool noodles aplenty!  In fact, one of the local dollar stores had huge bins full for $1.25 a piece!  With a pool noodle in hand, I began building our marble run during G’s nap.  The first step was saw the noodle in half vertically with a serrated knife.  Slow and steady was the key to this one. 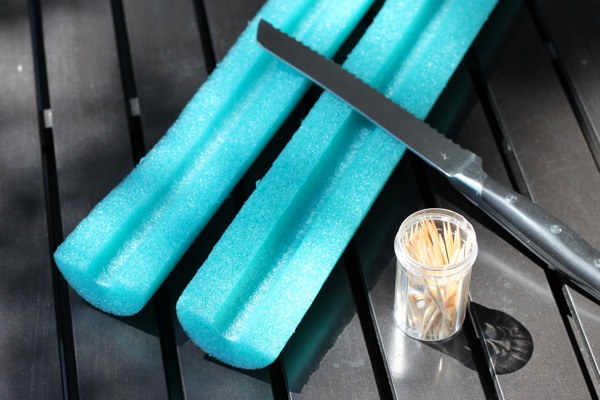 It was a bit tricky to cut perfectly down the centre of the noodle the entire time, but it really doesn’t have to be perfect.

Next up, I inserted several toothpicks along the side of one of the noodle halves, then carefully connected the other half. 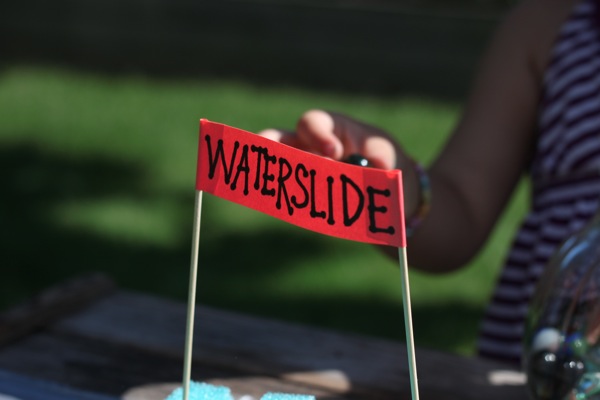 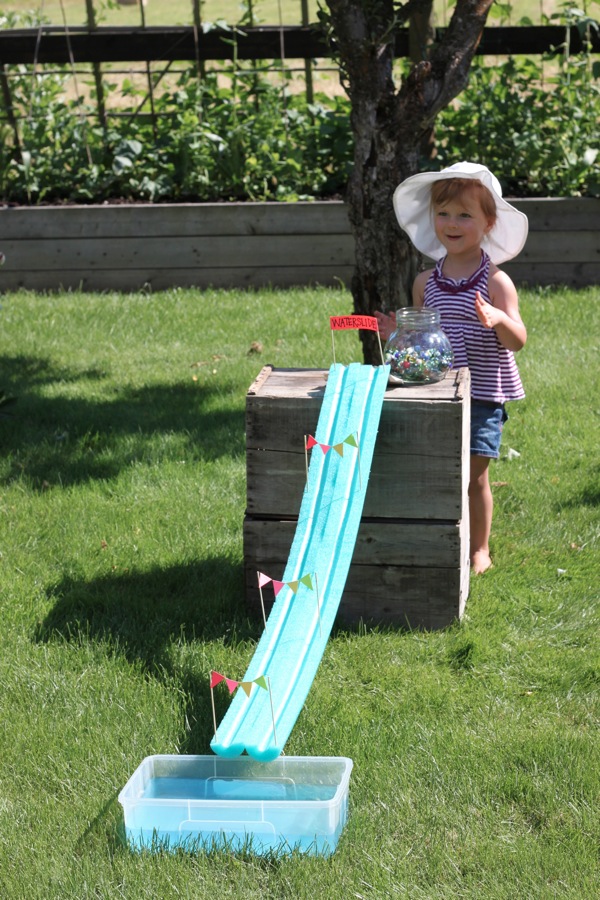 With the main structure built and plenty of nap time to spare, I decided to focus on the details.  While I’m sure the usual race track theme would have gone over wonderfully, I decided to switch things up a little and gear the activity to one of Gracen’s recent interests… water slides!  Using some bamboo skewers I shortened a little, I threw together a ‘WATER SLIDE’ sign and a few buntings and stuck them onto the slide structure.  Then I propped the top of the slide up on a couple of vintage apple crates and put a small bin filled with sparkly blue water at the bottom.  Gracen was delighted to wake up from her nap and see it! 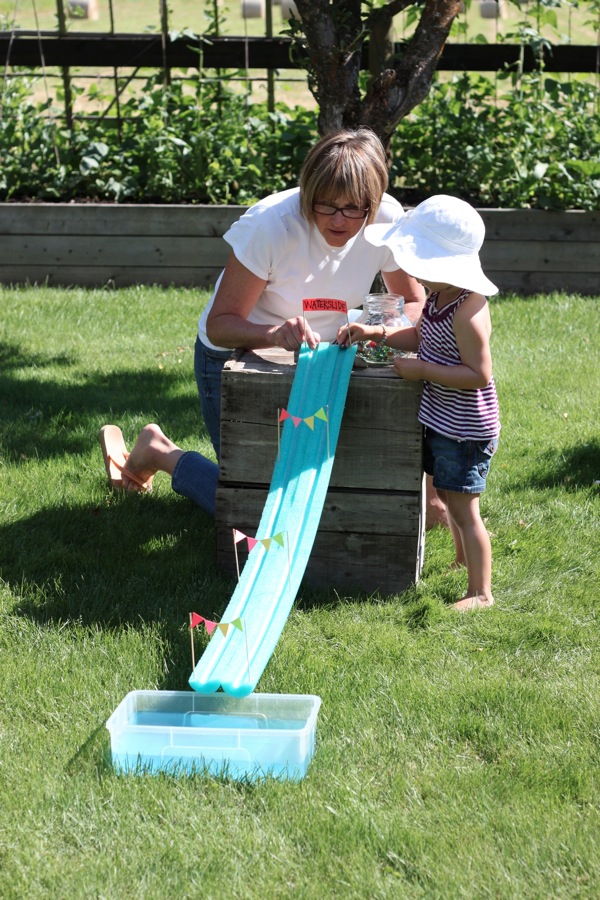 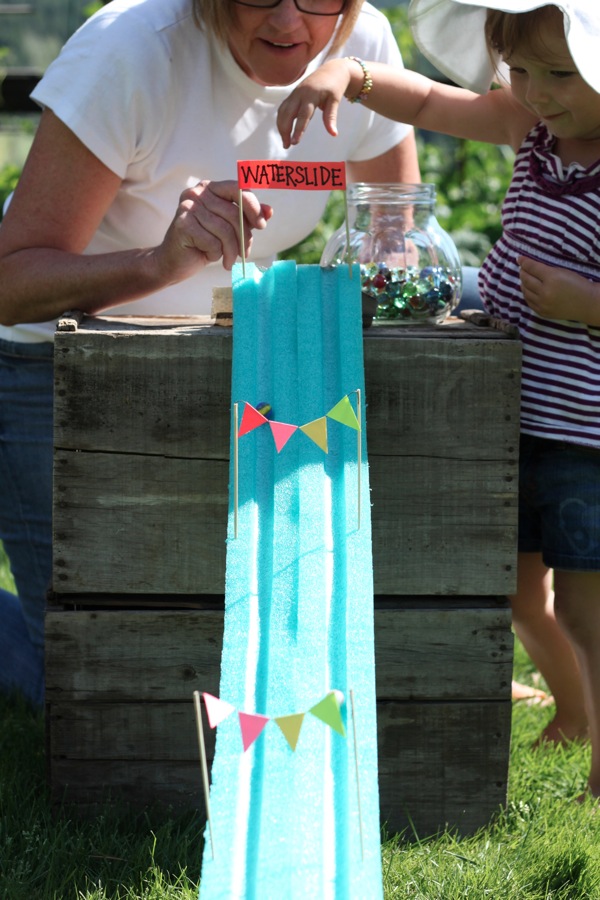 The activity really needed no explanation.  She recruited Grandma Charlotte, they each selected a marble, and on ‘ready, set, go!’ they released them. 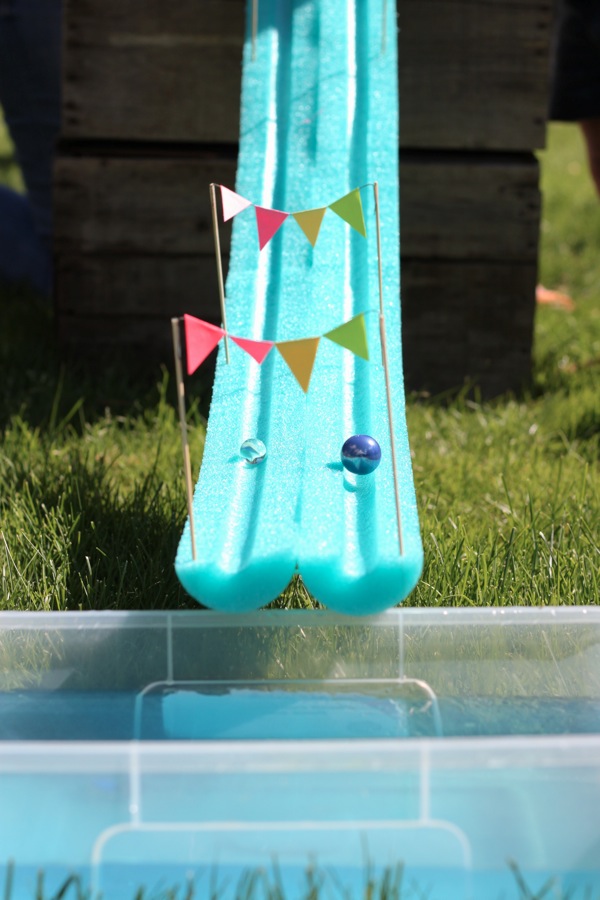 It was a close one! 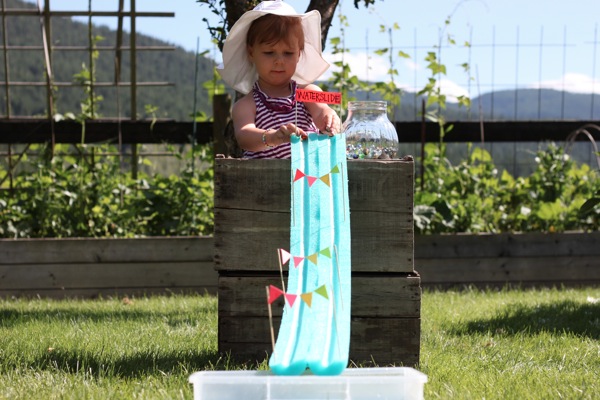 I kind of wondered if she’d always want someone playing with her during this activity, but that wasn’t the case.  She just as happily played on her own. 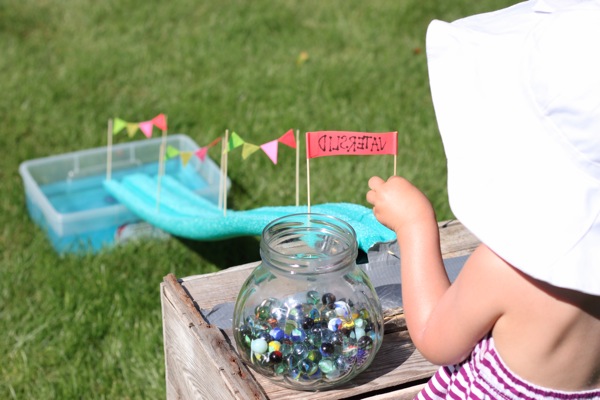 And after doing several races, things got a little creative…  She tried putting multiple marbles in a track before releasing them, raced small marbles against large marbles, and tried sending Nerfuls down too. 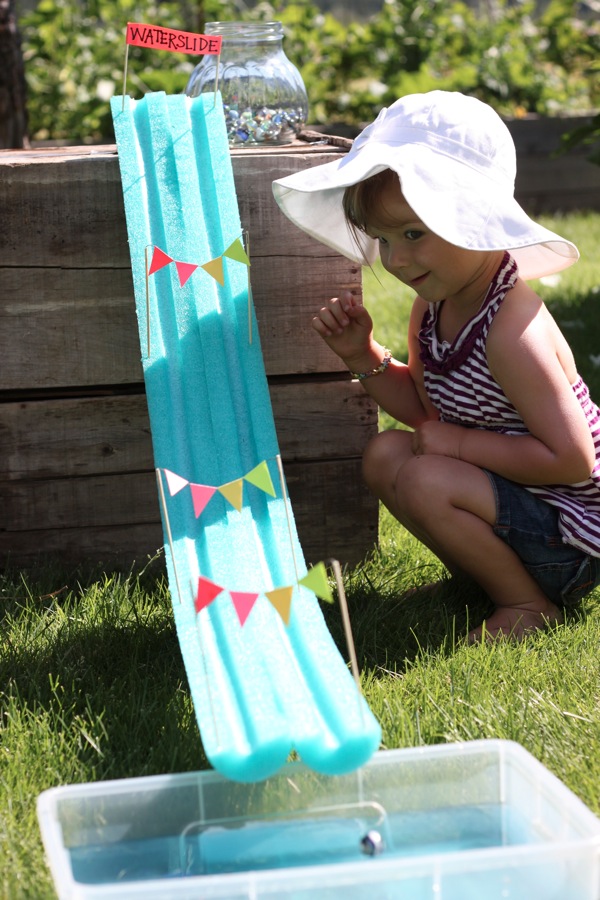 Our little pool noodle water slide has already brought a ton of fun and I can’t wait for us experiment with it some more in the coming weeks… I’m thinking ping pong balls would be neat because they’d float in the pool at the bottom and maybe we’ll try racing water itself?