What do you do when it’s {long past the} time to pack away the Halloween things for the year, but your toddler has developed a particular affection for the battery operated votives that previous lit her jack-o-lantern? 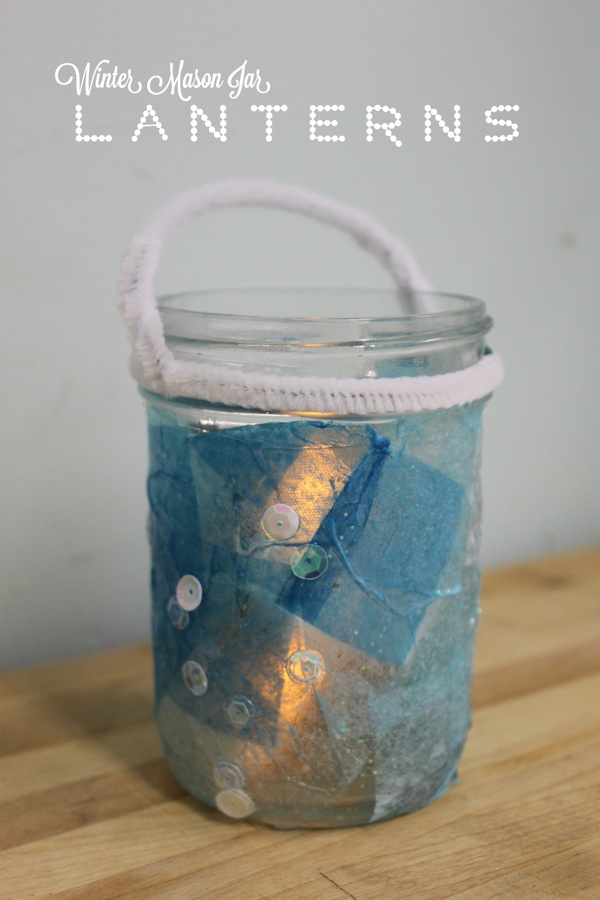 Create a new use for them of course! Er, at least that’s what we did… 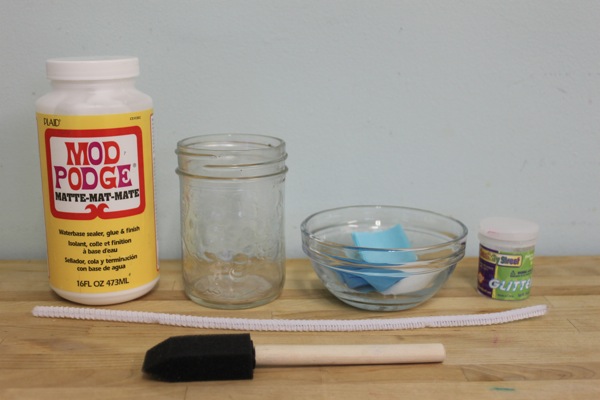 Here’s what we used… Mod Podge (regular white glue watered down with water works just as well), a jar, some tissue paper squares (we bought ours pre-cut, but you could just as easily cut or rip up large pieces), glitter, a pipe cleaner (perhaps 2), and a foam brush. 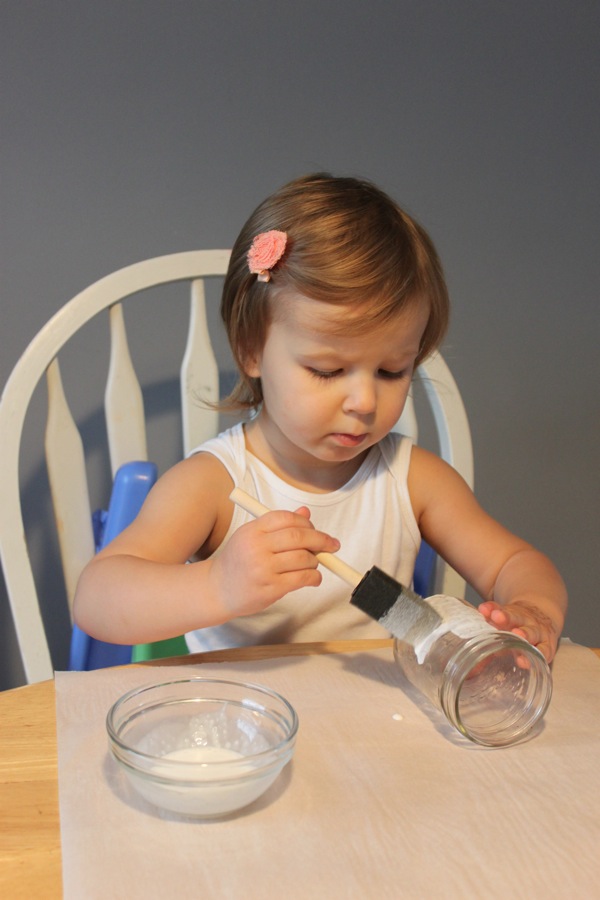 Grae started by painting part of her jar with Mod Podge. 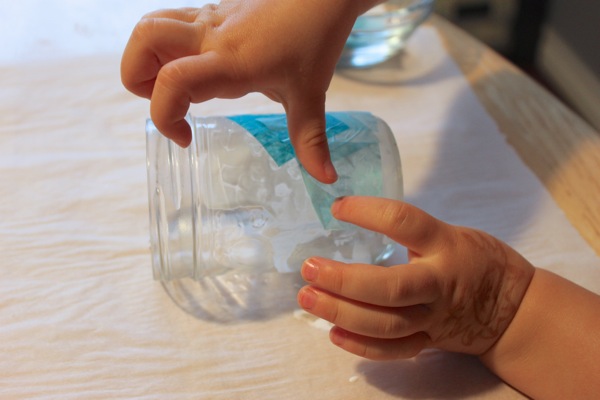 Then she carefully placed tissue paper squares into the glue. 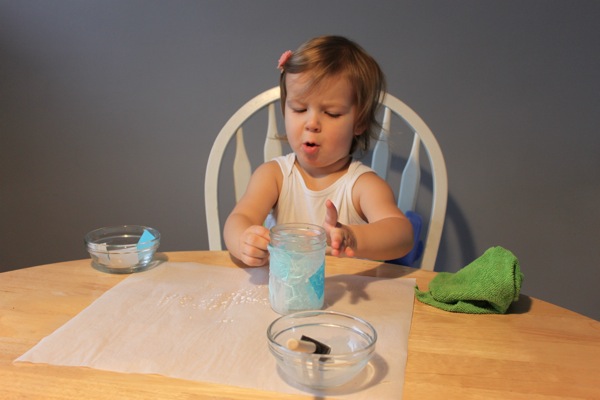 She continued adding Mod Podge and squares until the entire jar was covered. I actually couldn’t believe how into this process she was.  She took the job very seriously and did every last bit on her own. 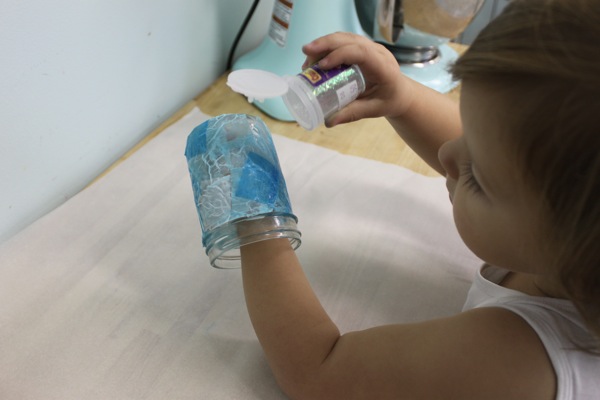 Once she was done covering the jar, I gave it a gentle once over with Mod Podge to smooth everything down.  While the jar was still wet, Gracen sprinkled a light layer of glitter over the entire thing. 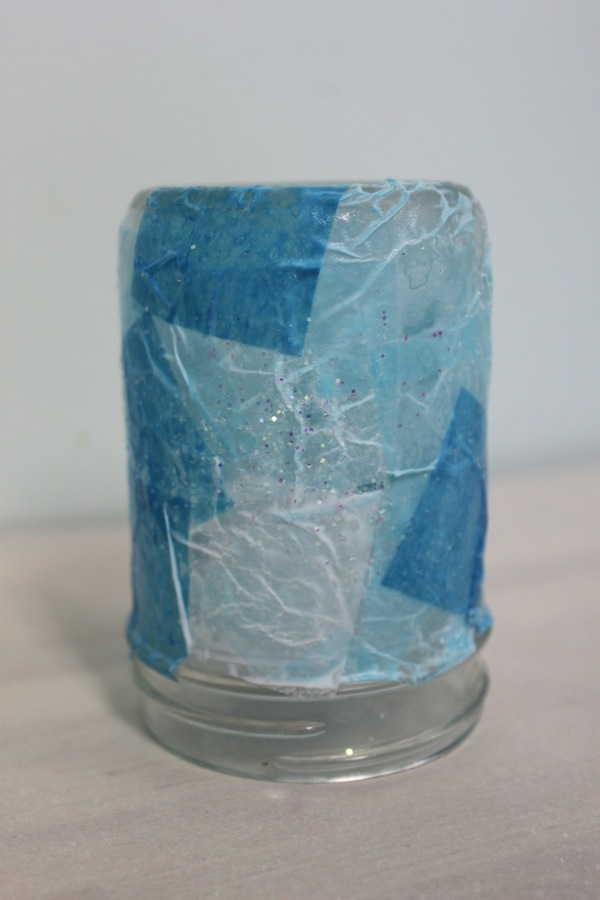 Then we placed it right side down on some parchment paper and let it dry. 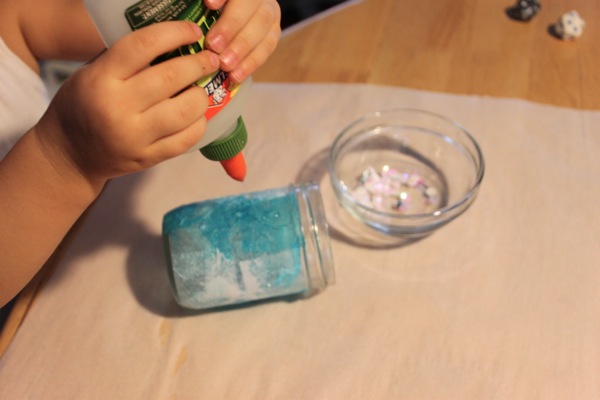 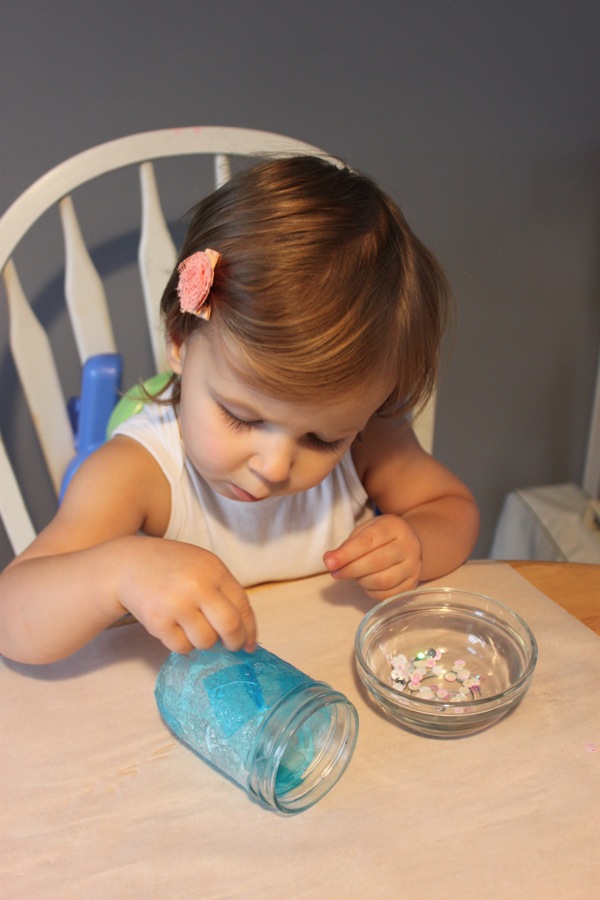 Once it was dry, Grae used some clear glue and sequins to give the lantern a little bit more sparkle. 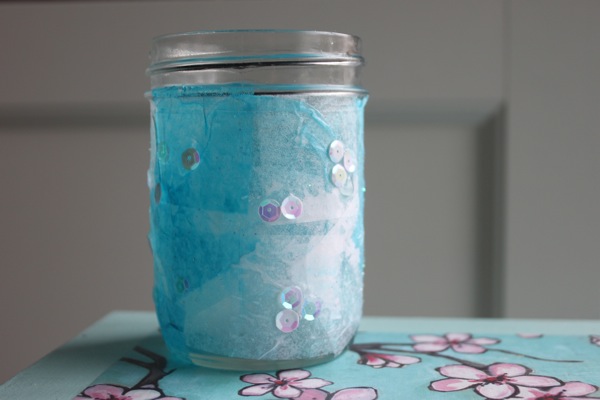 Then we let it dry again. 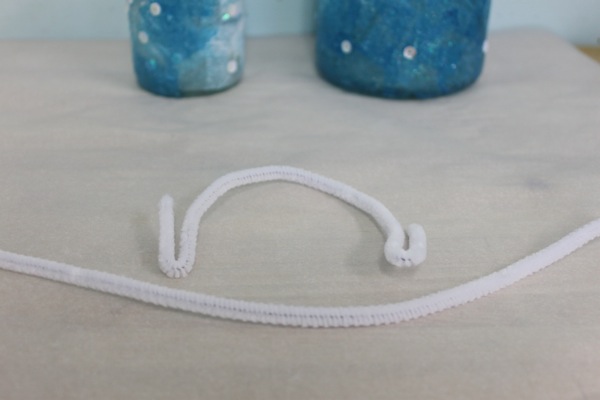 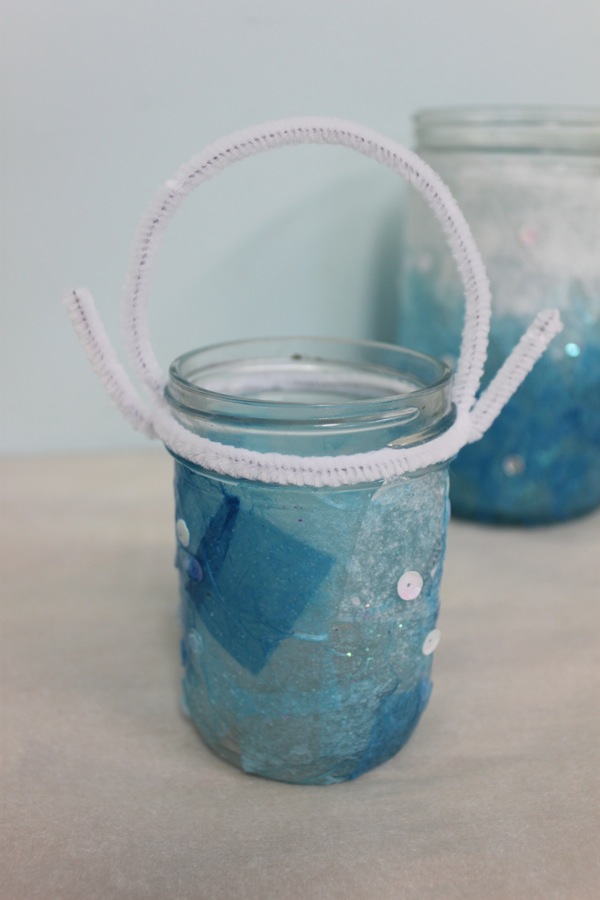 Afterwards, we used our pipe cleaners to create a handle for the lantern. 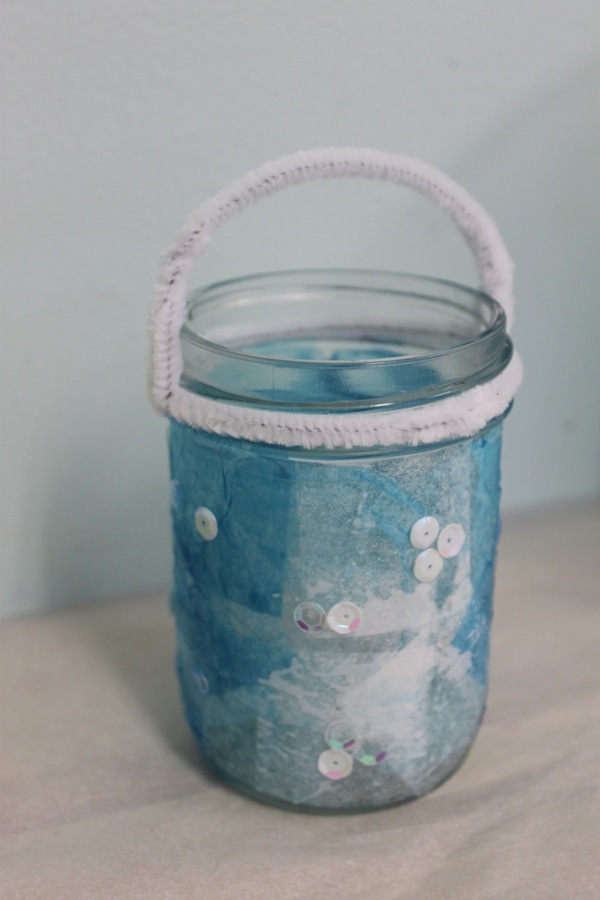 And that was it.  A new place for G’s beloved votives to call home. ☺
♥