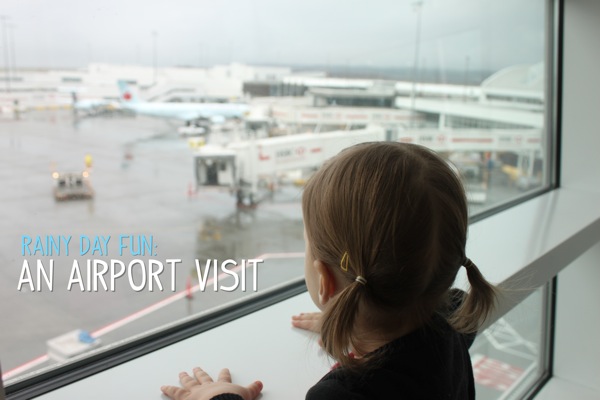 Visiting the airport {just for fun} has been on my mental rainy day to do list since last spring… And yet, somehow we only just made it there today.  It was well worth the wait though. 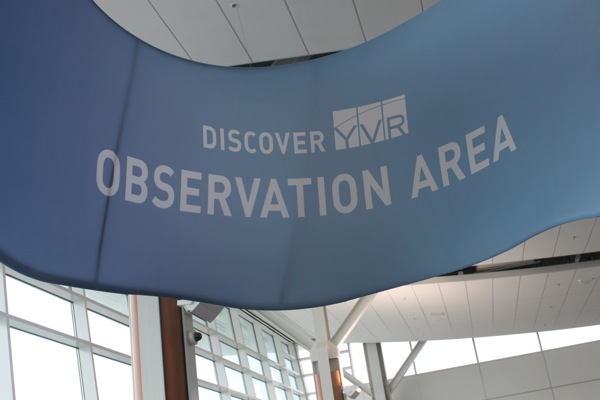 We took the Canada Line over for few reasons…. Firstly, because Miss G loves it and thinks getting to ride the train is something very special in itself.  Secondly, because riding the train means you don’t have to worry about paying an arm and a leg for parking, and thirdly, because it’s ridiculously easy. 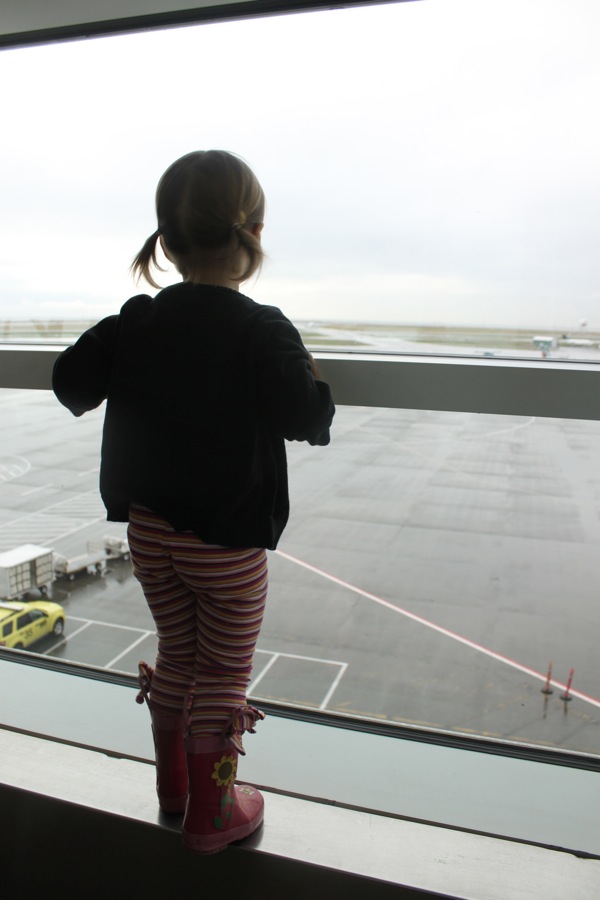 Upon arriving to the airport, we made our way down to the domestic departures area on the third floor.  From there, we headed to the food court area, and headed up the elevator to the Public Observation Area.  (Just something to note – though the Canada Line brings you in on the 4th floor, you can’t make your way across to the viewing area without first heading down a floor.) 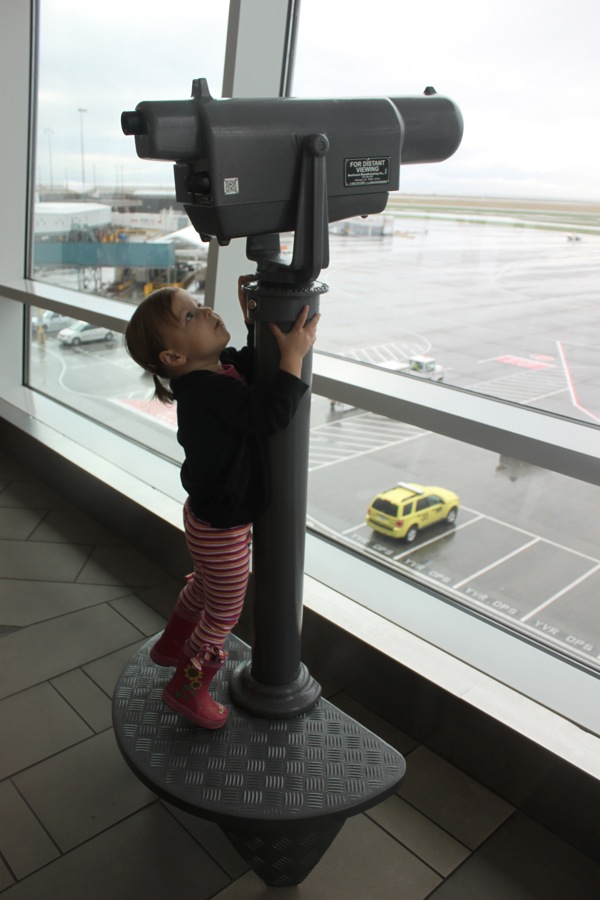 The observation area has floor to ceiling west-facing windows which allow for an amazing view of the tarmac and the Straight of Georgia.  It’s filled with tables and chairs for those wishing to eat while taking in the view, and also has window front benches, telescopes of varying heights, touch-screen video podiums, and an interactive model of Sea Island for those wanting to play and explore. 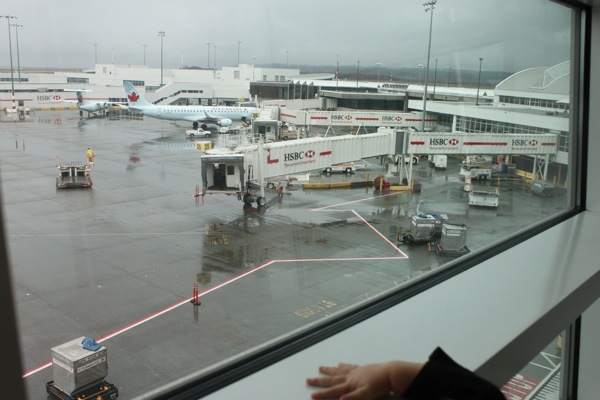 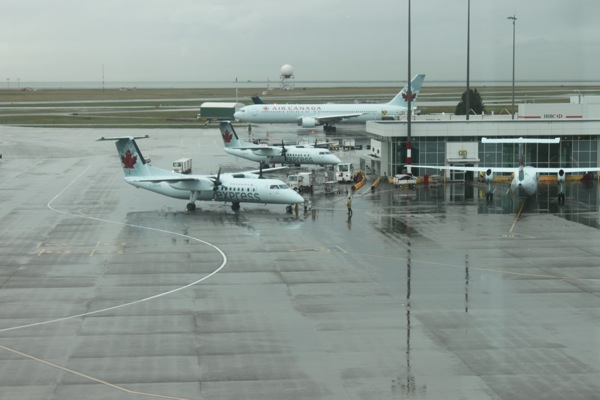 For Grae, it was all about the hustle and bustle on the tarmac.  She loved watching the runway operations and the planes take off and land, and was constantly asking, “What’s dat guy doing, Mama?” 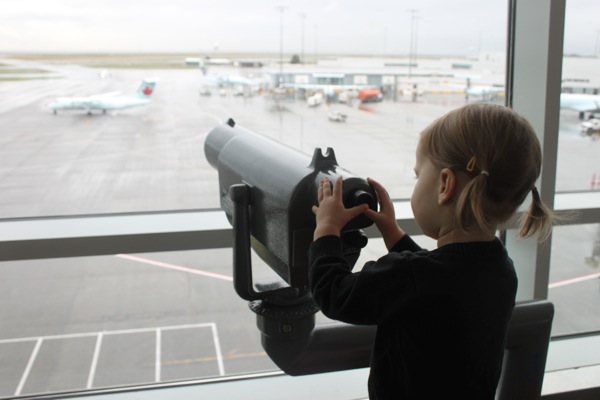 Without a doubt, the other highlight was the telescopes.  Though she’s still much too short for many of them, I held her up for part of the time and later she figured out that she could reach well with a chair pulled up close.  I’m not sure how much she could actually see through them, but the adjusting, swivelling, and putting her eye up to the lens parts was plenty fun for her. 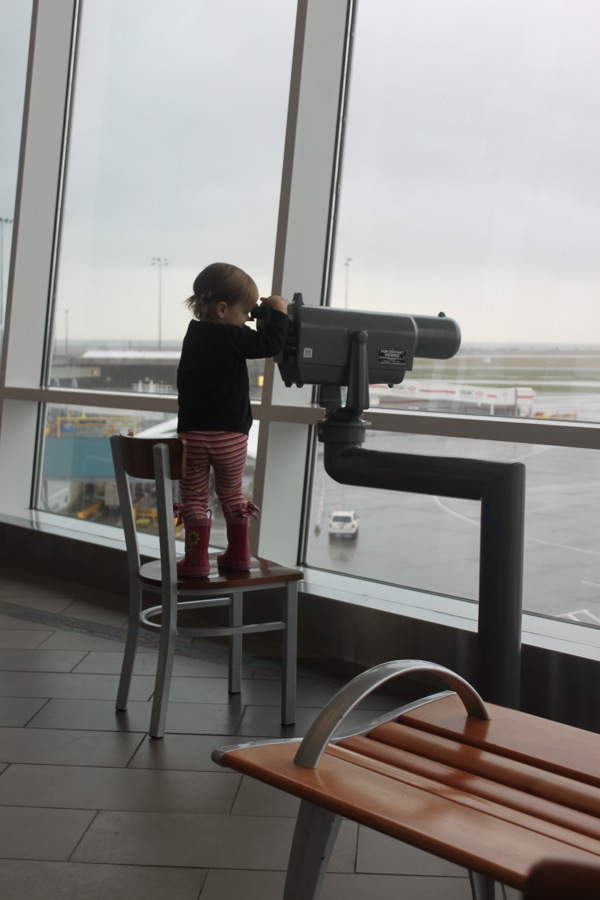 We stayed for over two hours and Miss G would have happily stayed longer if I didn’t have to drag her away for nap time.  Luckily, another Canada Line ride was in the cards for her upon departure, so the sell wasn’t as hard as it could have been.  ☺

After a little Google research, i learned that MANY airports around North America {and the world} have observation areas or viewing lounges similar to ours, so if you’re not located in Vancouver, be sure to check out your local airport…  Chances are it has one!

2 thoughts on “Rainy Day Fun: A Visit to YVR Airport”