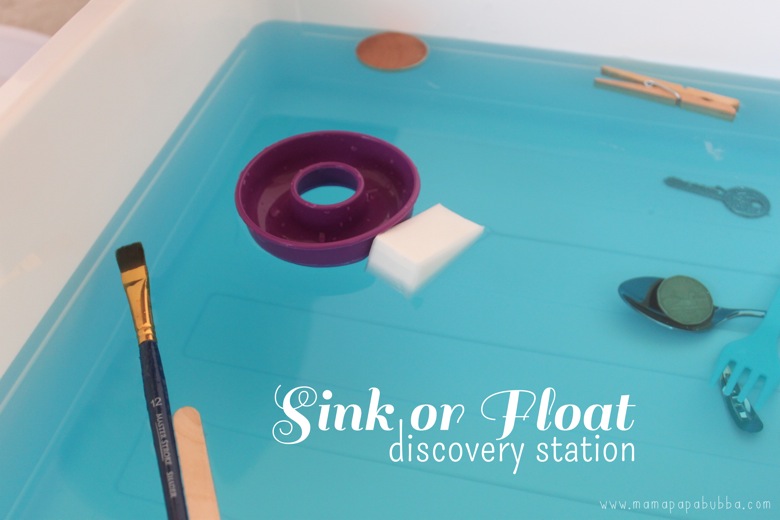 Today as Miss G was napping, I decided I’d set out a fun station for her to discover and explore throughout the afternoon.  All I knew is that I wanted it to be something simple to prepare (so much to do!), but that’s all I had. As I thought back through previous activities that Gracen loved, I remembered her magnetic station from long ago.  That thing literally stayed around for months and months and got tons of play even near the end of its run.  That’s when the idea of a sink or float discovery station came to mind.  Water is the simplest sensory material ever, and all it would require would be for me to collect things from around the house. 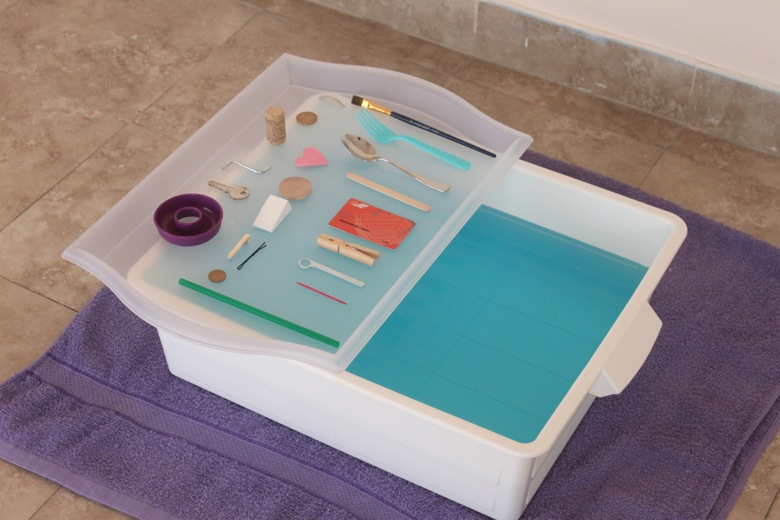 After filling the plastic tub we bought for our sensory bin stand with some water and a couple of drops of food colouring, I roamed the house in search of small objects with different densities.  Between the kitchen, the craft shelf, and junk drawer of sorts, I found tons of great stuff – metal Ikea tools, coins, hair clips and pins, utensils, and plastic rewards cards included. I neatly set the objects out on a tray that sat on top of the water bin, and waited for Miss G to wake up. 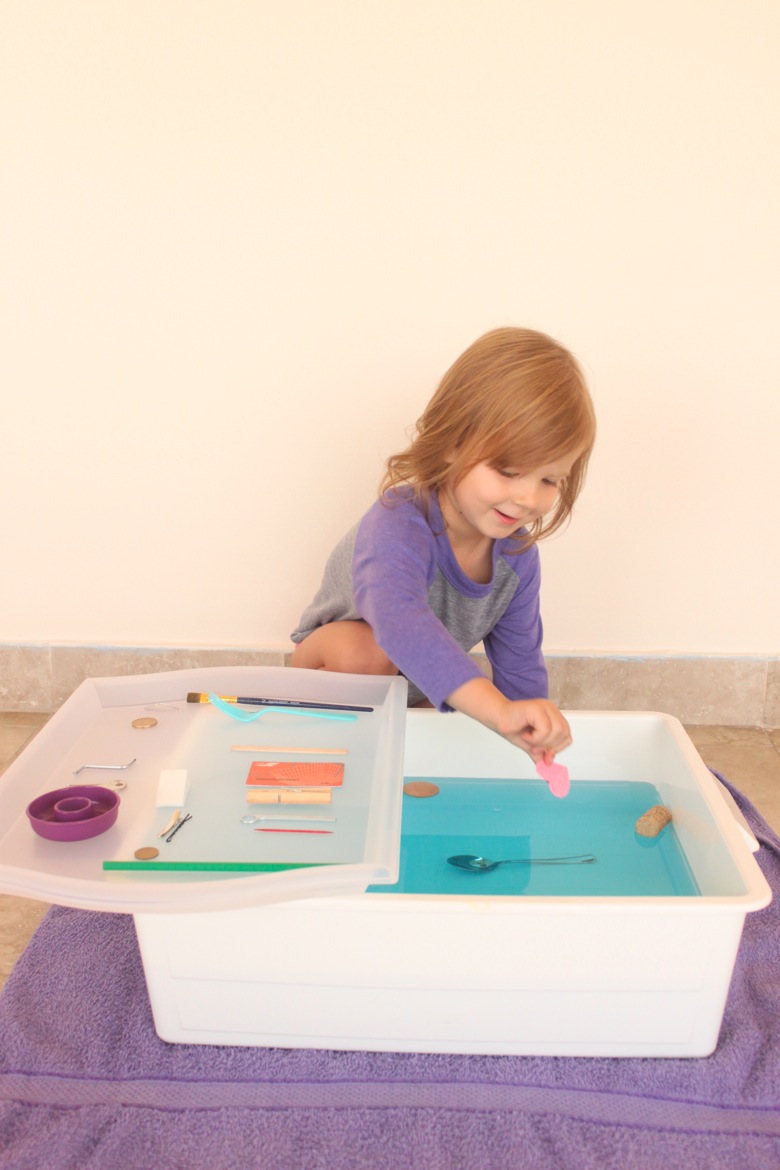 When she did, it was straight to her new station, as expected (this girl is all about stations!)  Though I normally invite her to play and then step back to watch activities unfold, this time around Miss G wanted to know more before jumping in.  I explained that when placed in the water, some of the items would sink and others would float, and that was enough for her. 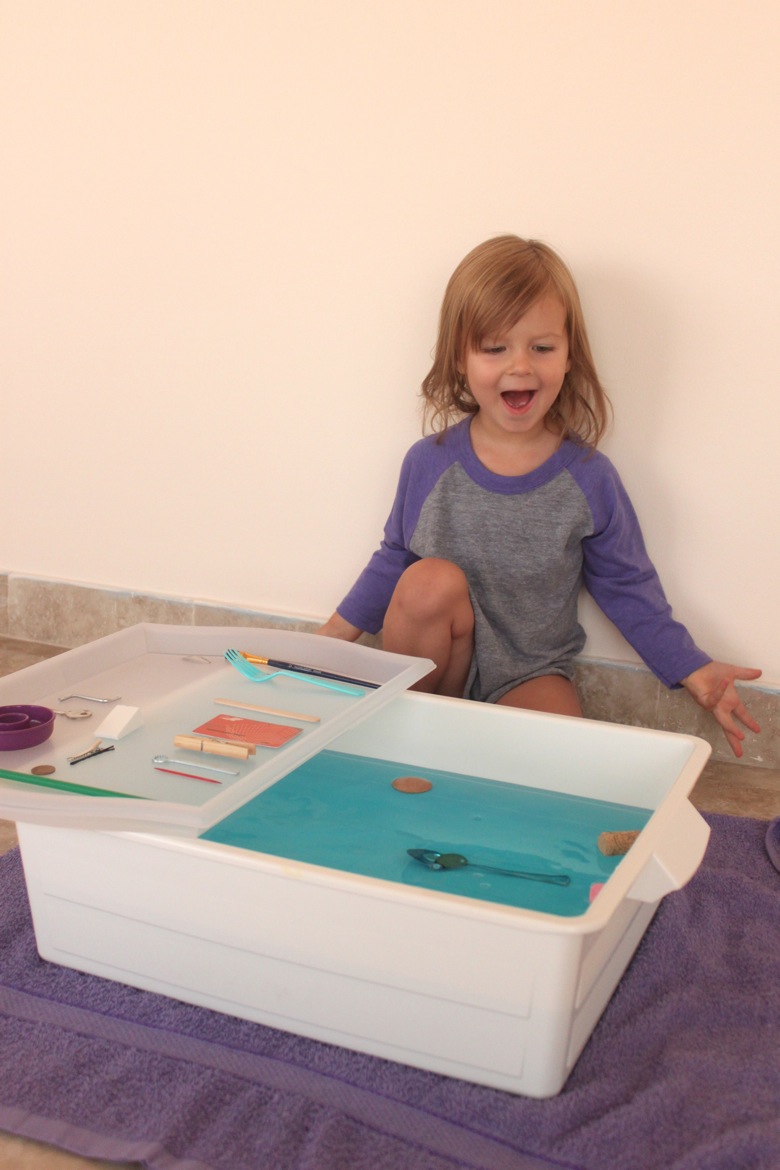 She carefully dropped in object after object, taking the time to marvel at the outcome each plunk brought. 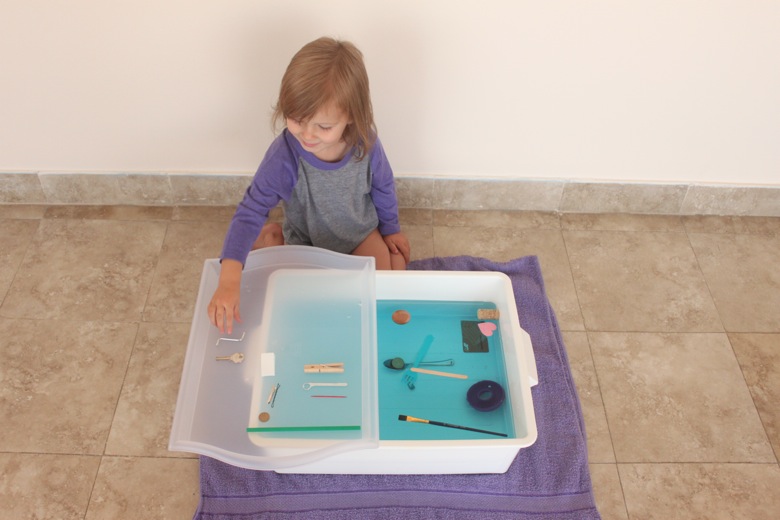 Part way through the activity, she began predicting whether or not the objects would float before putting them in the water. 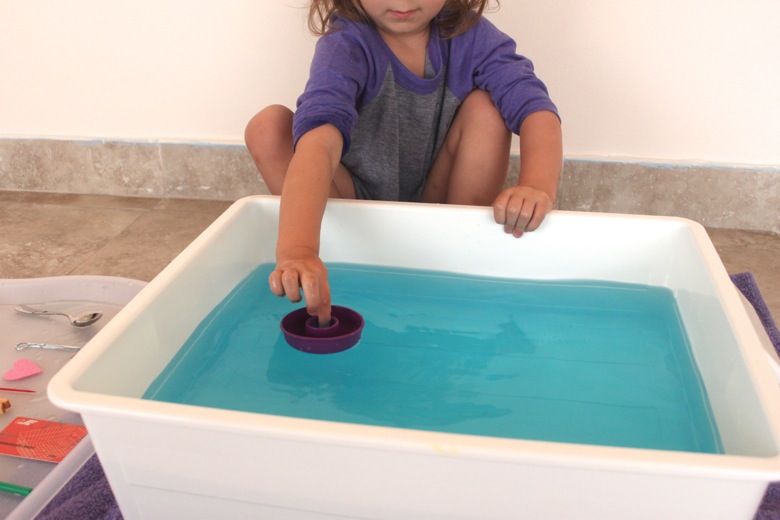 Immediately after the first round of testing, Gracen emptied the bin, put the objects back on the tray, and began again.  This time around, I encouraged her to try placing the objects on the water’s surface very gently.  She was pleased as punch with the results too.  While this silicon cup sunk the first time around {after being dropped in sideways}, when set in gently, it floated! 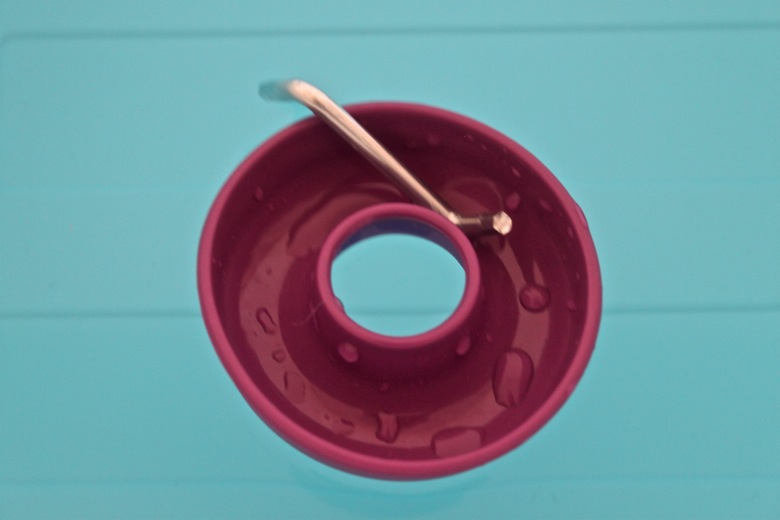 What happened next was without a doubt my favourite part of the activity…  The smart little cookie figured that if the silicon cup could float, then it may be able to be used to make a sinking object float as well. 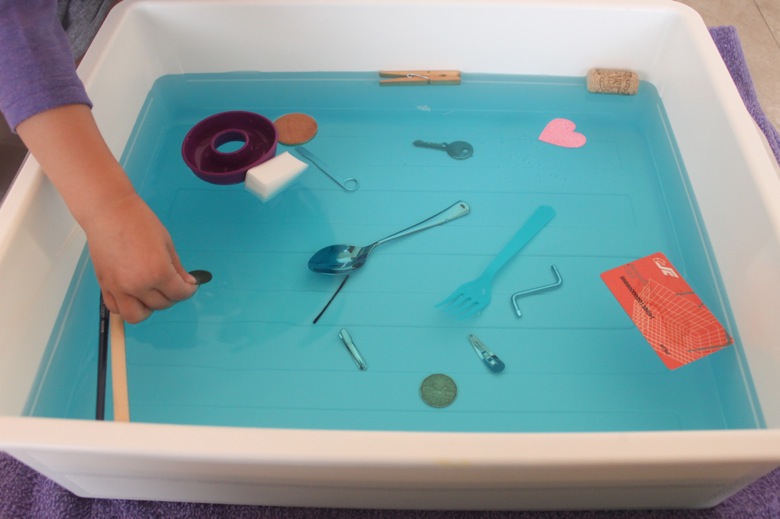 Grae enjoyed this activity so much that we’ve already moved it into her bedroom and onto her sensory bin stand so she can enjoy it for at least a few more days.  There’s bound to be many more objects tested throughout the week (though hopefully no electronics – ha! I kid…) and I’m excited to see what the little miss discovers. 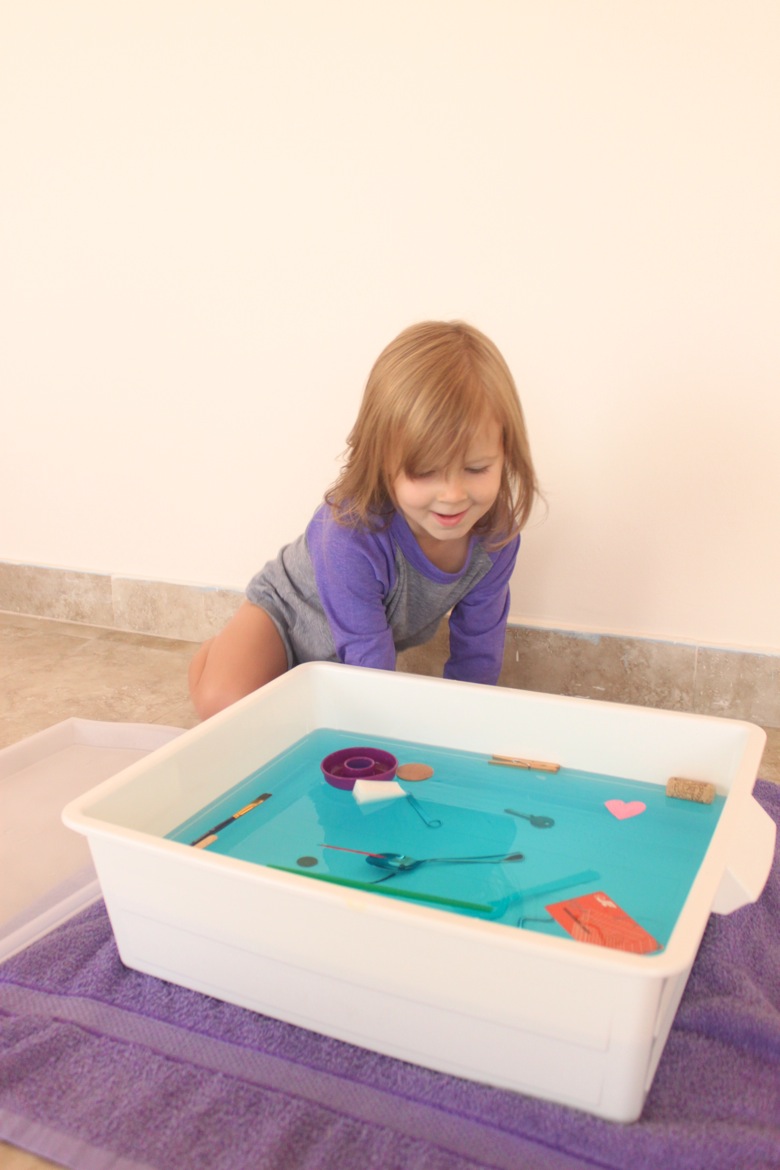