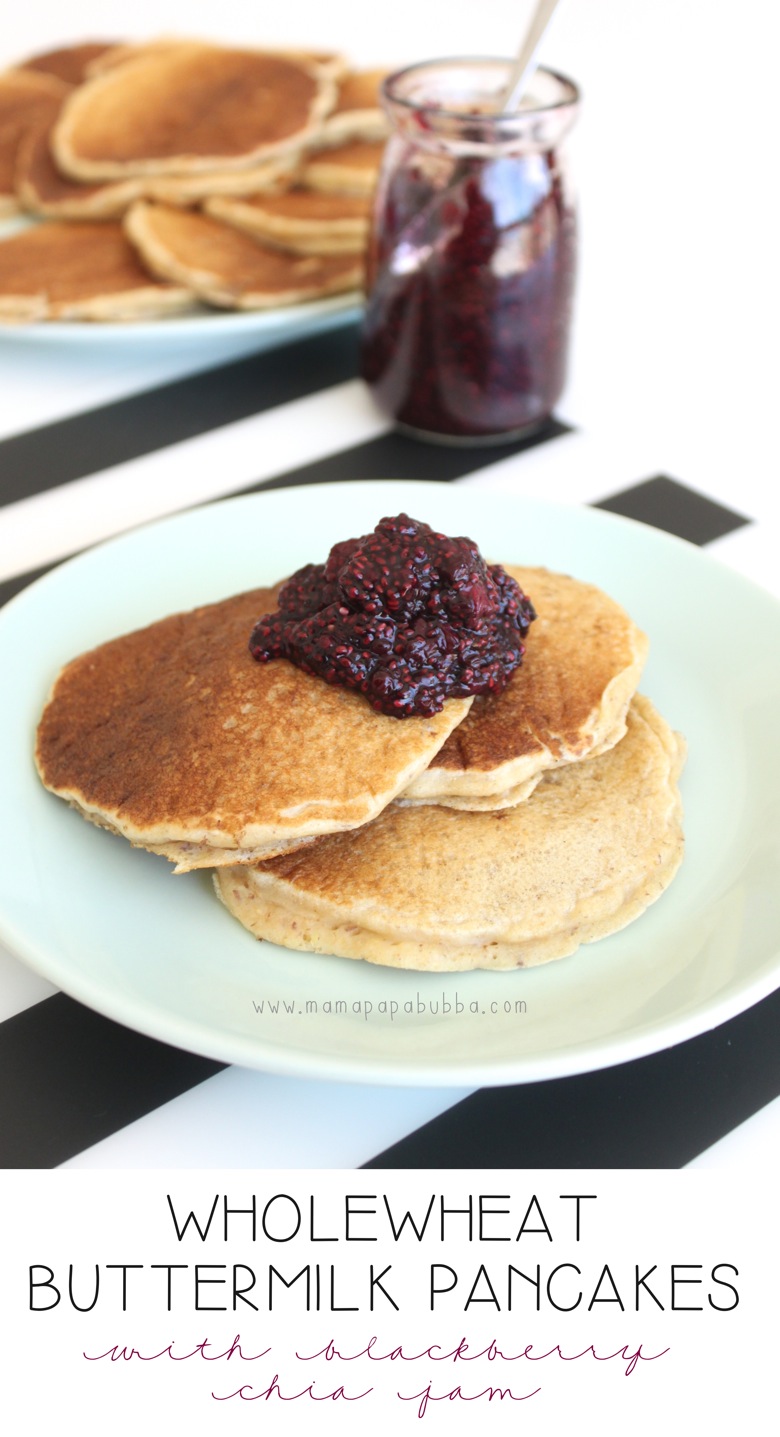 You know what I miss?  Spending time cooking and baking with Miss G.  Don’t get me wrong… We do still spend some time in the kitchen together, but definitely not as much as we used to.  Back home in Canada we probably did a cooking or baking project once a day.  So what’s changed?  Well firstly, here in Kuwait, I tutor several afternoons/evenings a week which means dinner prep is often done while Miss G rests after lunch, but mostly, our kitchen here just isn’t very inviting.  And when your kitchen is a dark converted bedroom way on the far end of the apartment, spending a lot of time in it just isn’t that high on the priority list.  That being said, I’d really like to get back into it.  Time to suck it up.  Grae loves cooking, I love cooking, and with the weather getting hotter (it’s currently 38 degrees), spending a little more time indoors is starting to become a necessity. 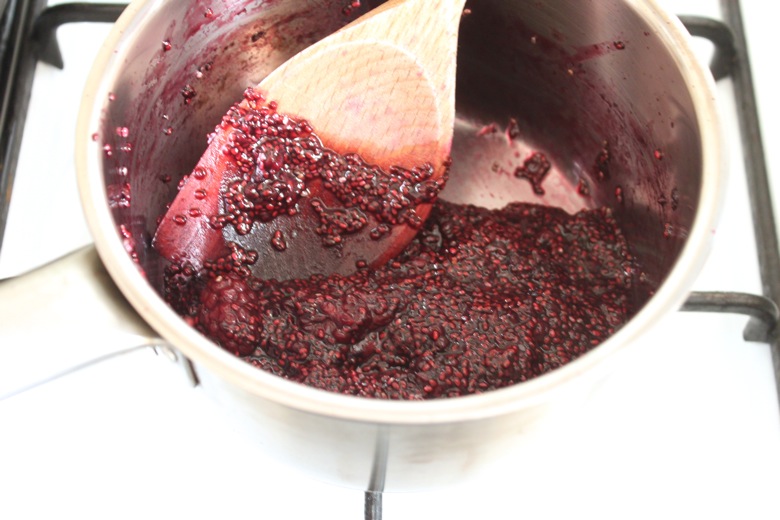 So today, we started the day with pancakes.  Martha Stewart’s buttermilk pancakes.  Only healthified, of course.  This was another recipe we took on alongside our friends Tairalyn and Sofia and Hillary and Grady.  As usual, Tairalyn made the recipe as is {and may have even added some caramel sauce on top} and Hillary took the original recipe and made a few easy changes to amp it up nutrition-wise.  As for us, we made ours wholewheat, sans sugar or butter, and added in flaxseed, then topped them with an easy homemade blackberry jam filled with chia seeds. 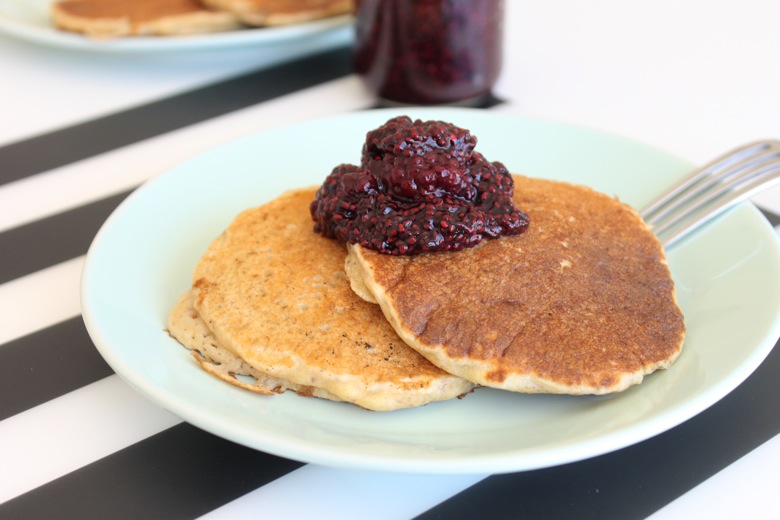 How were they?  Well, Gracen ate six if that’s any indicator.  SIX. 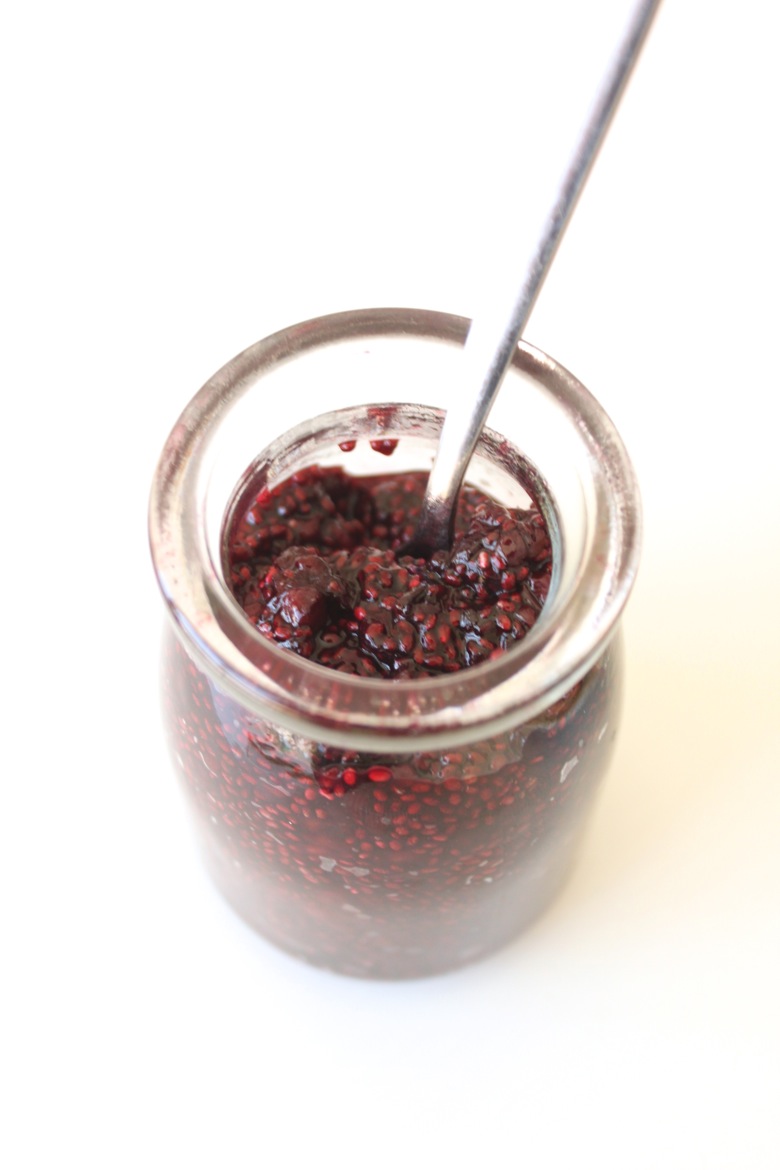 And though she is totally not a jam fan {not even of the delicious all fruit stuff}, she absolutely devoured our homemade blackberry chia ‘sauce’ as I called it.  {It’s totally jam.  And it’s so good.}

Here’s how we made both…

* We make our buttermilk a cup at a time by adding a tablespoon of apple cider vinegar to a one-cup measuring cup and then topping it up with regular milk.  After about 10 minutes on the counter, it’s thickened just a little and ready to be used.

Whisk together flour, flax, baking powder, baking soda, sea salt, and coconut oil until combined well.  Add in eggs and buttermilk and mix until just combined (the batter should still be somewhat clumpy).  Heat a large cast iron pan and brush with coconut oil if needed.  Pour about 1/3 cup of pancake batter into the hot pan at a time. When bubbles form and the pancakes are lifting slightly around the edges, flip them and let them cook for about a minute more.

Put berries and maple syrup in a small pot and simmer on the stove for about 8 minutes or until thawed and soft.  Lightly mash berries with a fork, if desired.  Add chia seeds and simmer for 10 minutes more.  Serve warm or allow to cool.