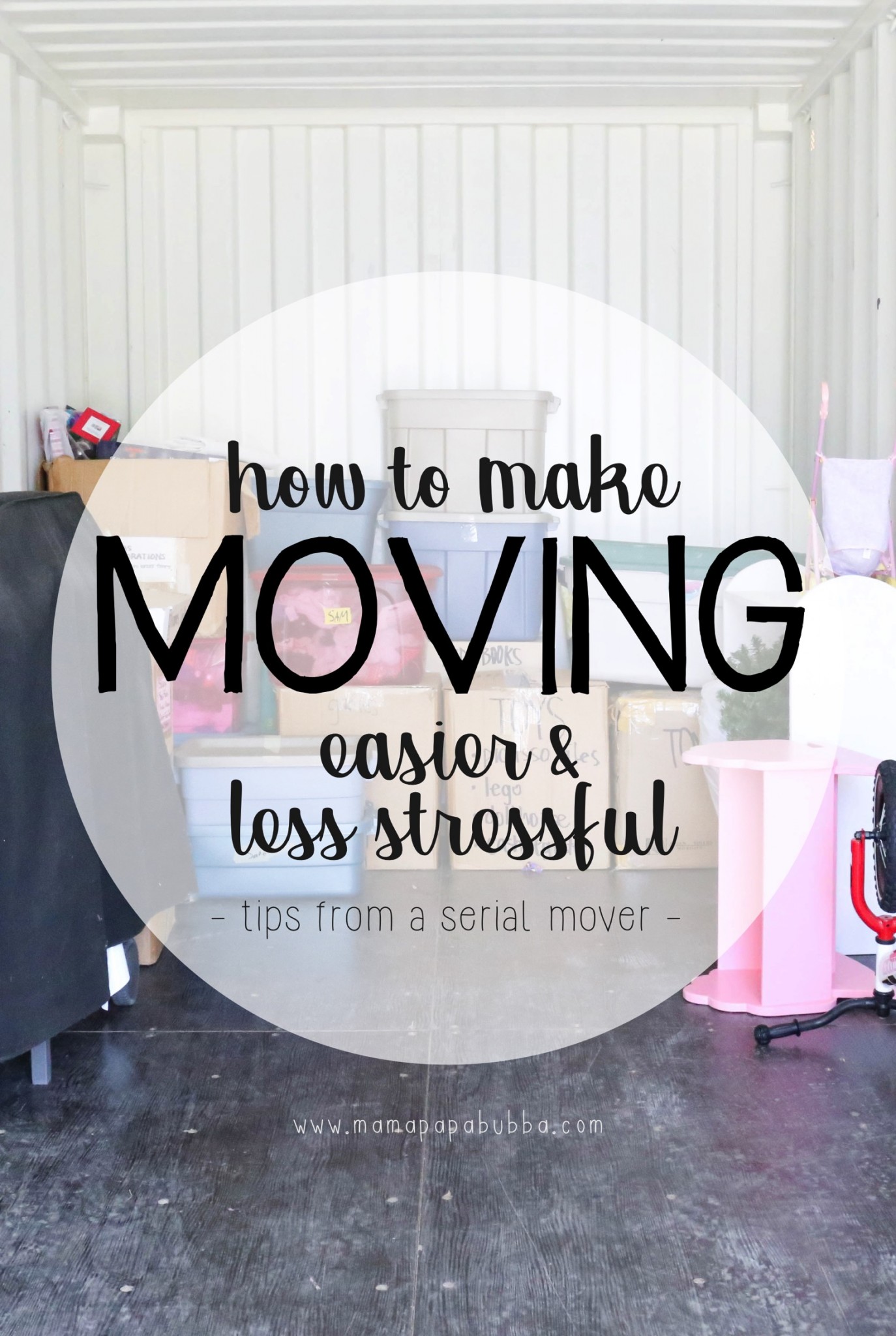 If there’s one thing I’ve done a lot in my life, it’s  moved.  My gosh, have I ever moved.

One Christmas several years back, my brother and I got out a notepad and listed every single home we’d each lived in just for fun.  It started out as one list, split into two separate ones during our teenage years, and then came back together for several summers while I was in university. It was LONG.  And thank goodness I had Gar there helping sort it all out, because sometimes my memory is total crap.

The shortened version?  We had a beautiful acerage outside of St. Paul, Alberta when I was a teeny tiny thing, then we moved not too far away to Grand Centre, then to nearby Cold Lake before my dad accepted a job in Russia which meant we could live anywhere we wanted – which led us to British Columbia!  We lived in Vernon from the time I was in Grade 7 until I’d finished my first year of university, but never ended up buying a home and moved every year or two while renting.  Then it was off to Vancouver for university where I rented a place each school year, gave it up come summer, moved home, and rented a new place in the Okangan for 4 months at a time.  There was a brief move to Surrey when I began teaching, then Victoria for a summer, then back to Surrey, then back to Van when Brad moved to Vancouver to do his teaching degree {oy}.  After that, it was off to Kuwait where we had 6 different apartments in our initial 4 year stint, then back to Vancouver, then a transitional summer living with Brad’s parents, then back to Kuwait for another couple of years, then back to Brad’s parents’ place for another transitional summer, then to Vancouver, and then to Vernon {where we are now}.

I’m sure that sounds sort of sad or at least like a total disaster to some people, but I truly never really thought twice about it.  Moving’s just always been a part of life.

In some ways, I really enjoy moving.  I love fresh starts.  I love the set-up and organization that comes with a new home.  I love figuring out how to best use spaces.  I LOVE a good purge.

But the cold hard truth?  For the most part, moving sucks.  It just does. And that’s coming from an optimist serial mover.

With time and loads of practice, I’ve definitely gotten better at moving…  I’m efficient.  I know how to best tackle the task.  But that doesn’t mean that it’s a super enjoyable process.  I’m just not sure that sorting through every item you own, boxing them all up, moving said boxes out of the house, cleaning every nook and cranny until it’s sparkling, then cleaning your new home, loading all of those boxes in, emptying each one, and finding each and every item a new space – all on a time crunch – can be super fun.

But that’s okay.  Some things just have to get done, so we do them. 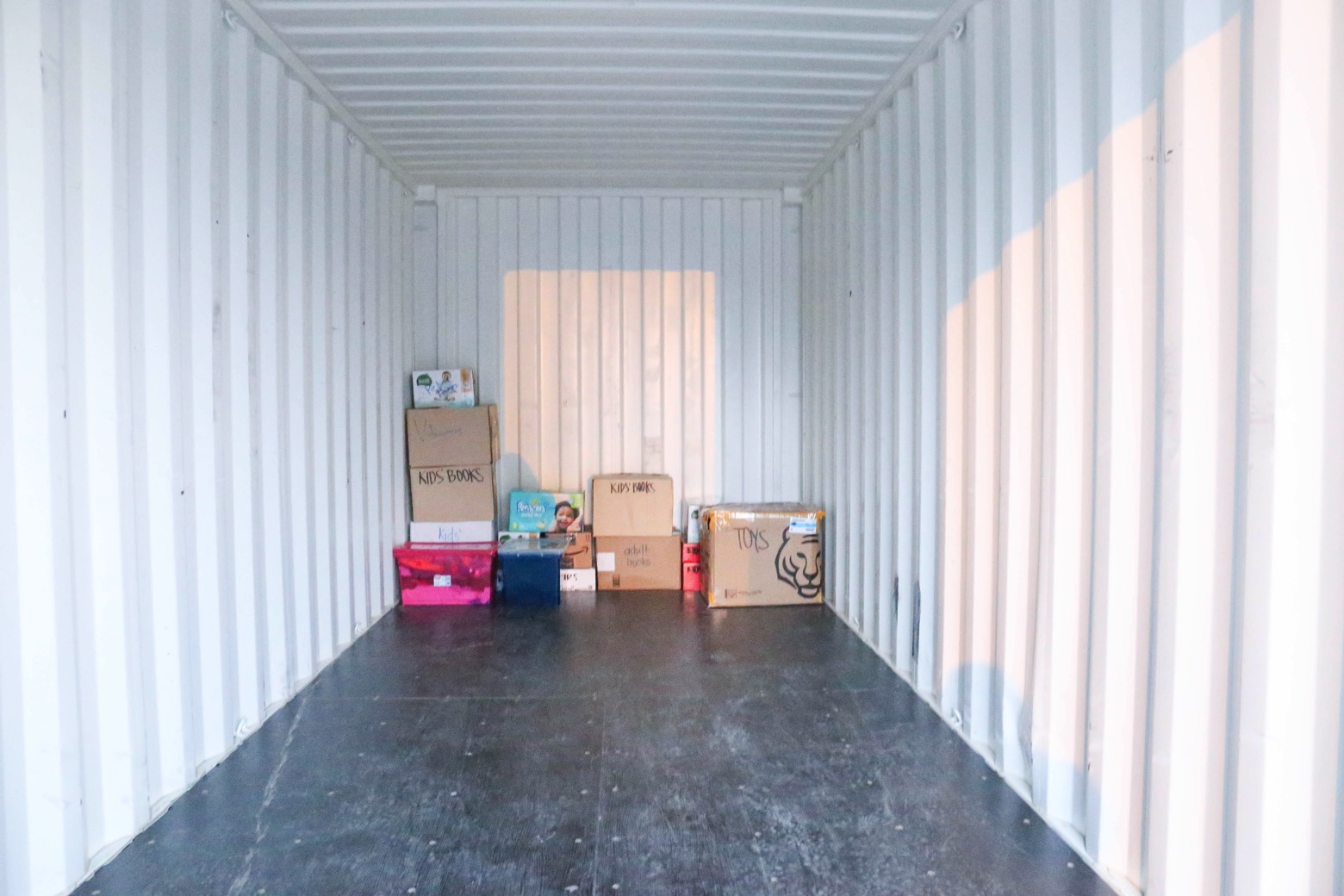 Ready?  Here they are…

Alright, starting at the start..  If at all possible, choose to move at a time that works well for your family.  There are so many things that play into this and I know it’s not always a possibility, but if you can, I highly suggest moving at a time when you have as much help and as few prior commitments as possible.  We almost always move during the summer which isn’t ideal with the heat, but it does mean that my husband is off work, we have family members on summer vacation who are willing to support where needed, and we’ve actually got time to pack and move things.  Trying to pull off a move without any time off work means late night packing sessions and shifting and cleaning everything over a Saturday and Sunday, which is just hard.

And even more time if you’re moving over the course of a weekend, obviously.  You guys, take this one from me – a seasoned mover who has made the mistake of trying to pull off a move in very little time.  There’s nothing like a very rushed move to make stress levels soar and patience disappear.  Not worth it!  Start the packing process plenty early and set aside a chunk of time to work on the move each day. I usually like to give myself a full month, but you may want even more than that. 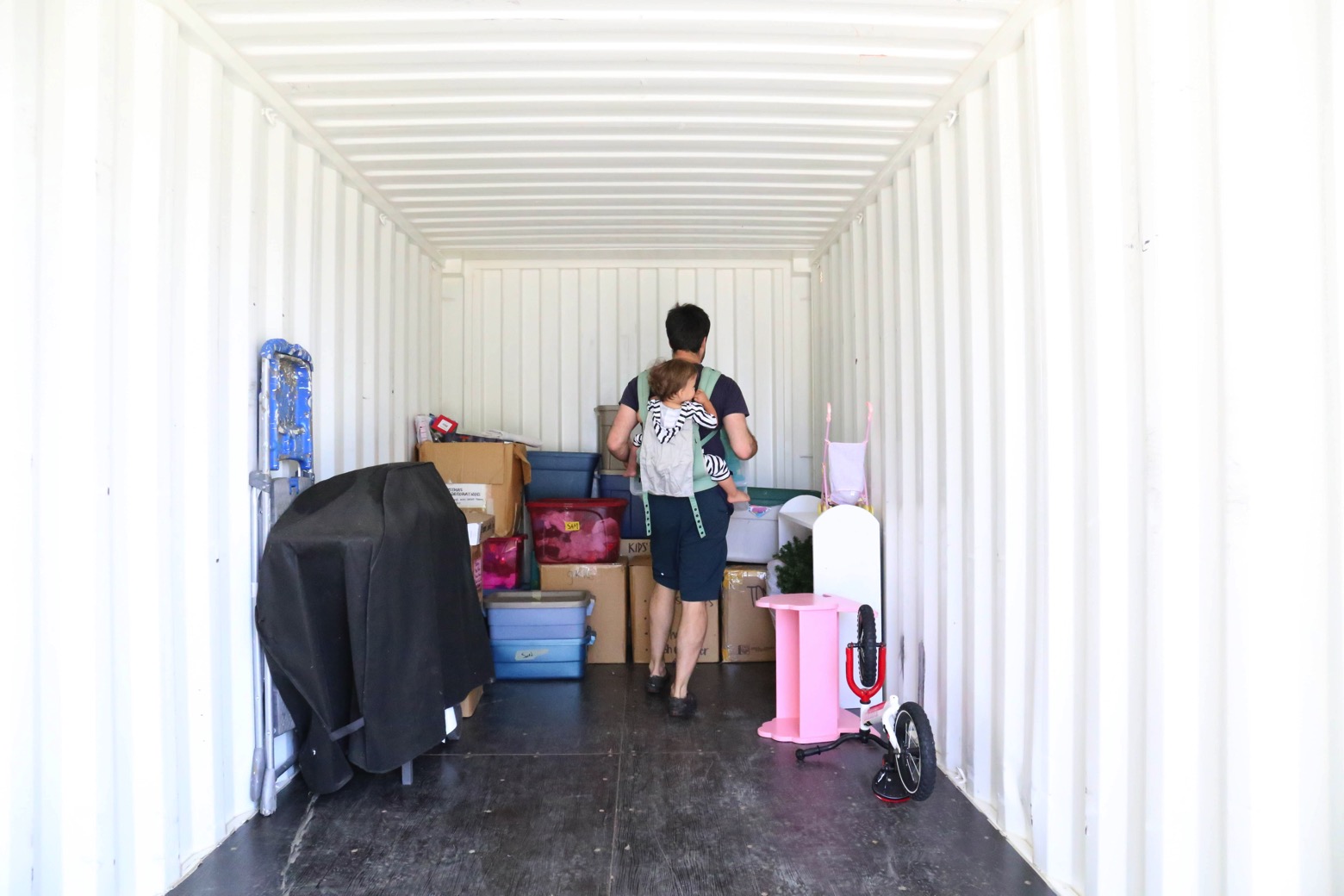 Put together an essentials kit.

An important first step in the moving process!  Gather up every single last item you may NEED to have access to during your move and put it all in one suitcase, bin, or tote bag.  I like to do this before any sorting or packing occurs, simply because things are easier to find when they are where they normally are.  Be sure to include things like cheque books, passports, planners, reading glasses, bills that need to be paid, medications, extra keys, and the like.  Keep the essentials kit somewhere it’ll be easily accessed and not mixed in with things that are packed and ready to go.

Set up a packing station.

Next step in the process of an easier and less stressful move?  A packing station filled with all of the things you’re going to need to pack like a pro!  I like to use a table or shelf that isn’t needed during the moving process and stock it up with packaging tape, big tape guns, thick permanent markers, packing paper and linens (more on that in just a second), and anything else I’ll need to actually get things packed into boxes.  As I pack and use the items, they go back to the packing station when not in use so they’re always easy to find. 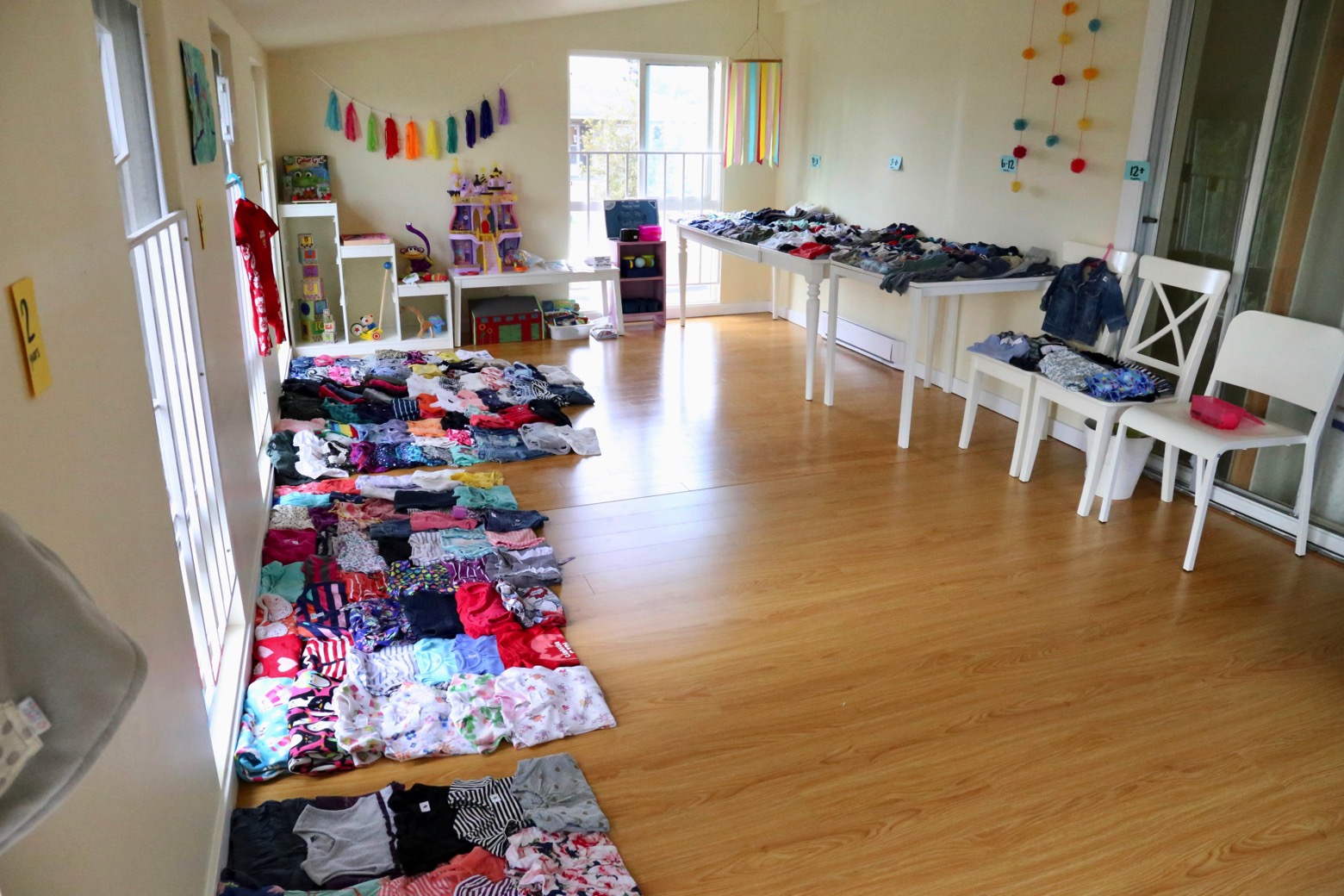 My moving motto and easily my favourite part of the moving process!  Long ago, I realized that the less you keep, the less you have to move – HAH!  Obvious, but true.  After a lifetime of moves, I happily let go of things I don’t feel I use or enjoy enough.  And unless it’s a keepsake or something I’d use for teaching one day down the road, if I haven’t used it in the last year, it’s a goner.  Things get passed onto friends and family members, sold on FB swap groups, donated, or recycled if possible, and as the last resort, thrown in the trash.  Less is more.

No matter what type of move you’re doing, one thing seems to remain constant when it comes to moves…  Space is always at a premium.  This being said, you don’t want to waste one little bit!  Be sure to fill your cube shelves, suitcases, drawers, and anything else that can be filled to make the most of the space you have.

Use linens to wrap.

This tip goes along nicely with using space wisely.  Instead of packing dish cloths, towels, sheets, blankets, and other linens into boxes or drawers {which takes up space}, use them to wrap and protect fragile objects.  Not only do they give packing paper a run for its money in regards to the cushion they offer, but they also mean less paper used, which is a win for our environment! 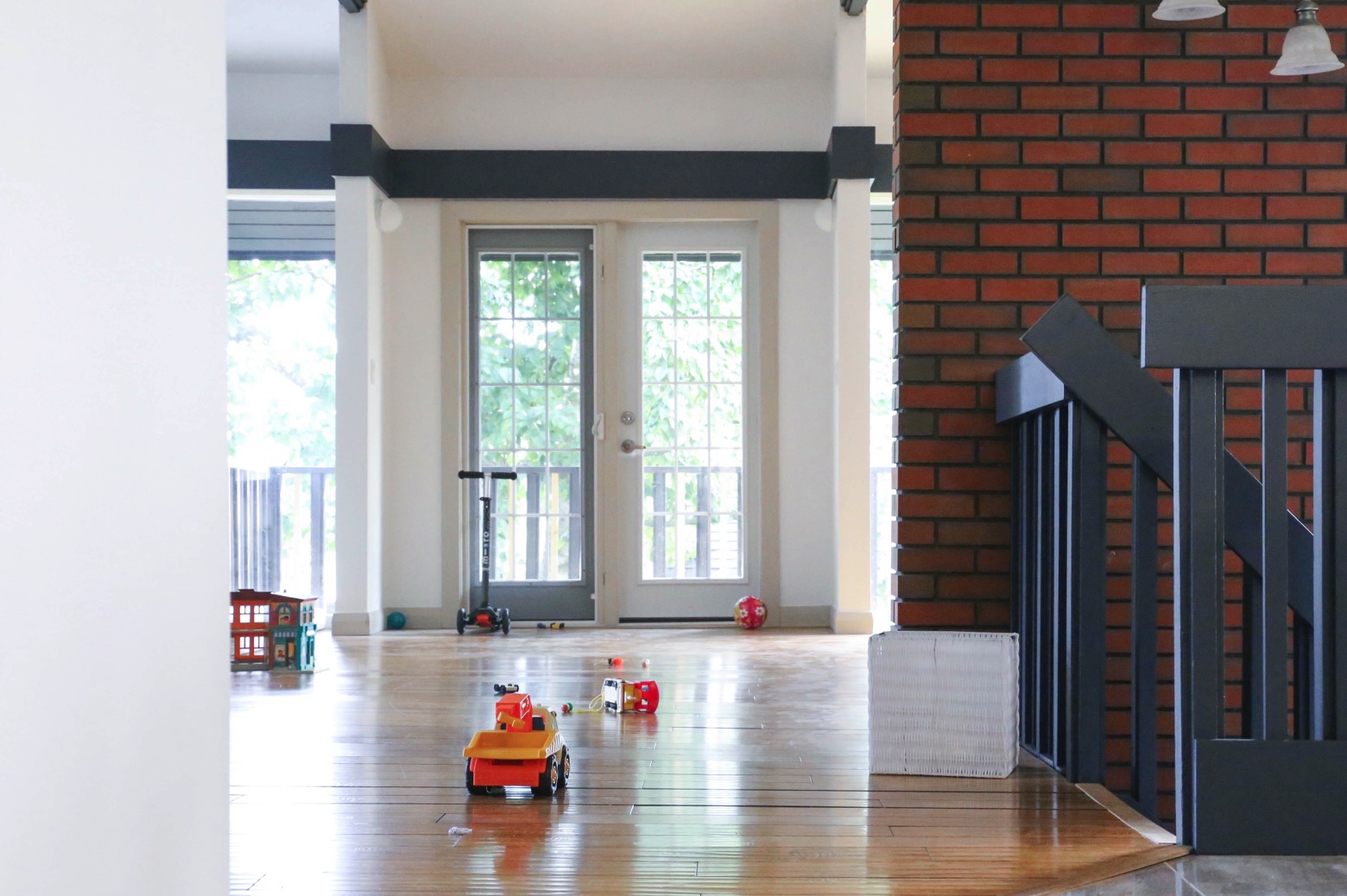 Alright…  This one took me a long time to learn.  Big boxes seem so much more efficient somehow… You can fit a ton of stuff in them and when you’re finished packing a single box, you’ve made a good dent in the room you’re working on.  BUT.  Big boxes are awkward to wrap your arms around.  They tend to get quite wobbly when stacked.  And most of all, they get heavy fast.  Like back breakingly heavy.  Of course big boxes do serve a purpose…  They’re needed for some items and they’re fine for packing light things like pillows and whatnot.  But for everything else?  Small boxes are the way to go.  They’re easy to carry, they almost never get too ridiculously heavy, and I find that they usually stack fairly well too.  Best part?  You won’t throw out your back lifting them.

Moving with kids is hard.  Hard for the parents and hard for the kiddos too.  There’s a lot of uncertainty that comes with a big transition like moving house and leaving the kids’ stuff until last will not only allow them to have toys and whatnot to play with as the packing process happens, but it will also minimize the amount of time they feel in limbo without their stuff.  Of course last to get loaded usually means first to get unloaded, which is a win-win. 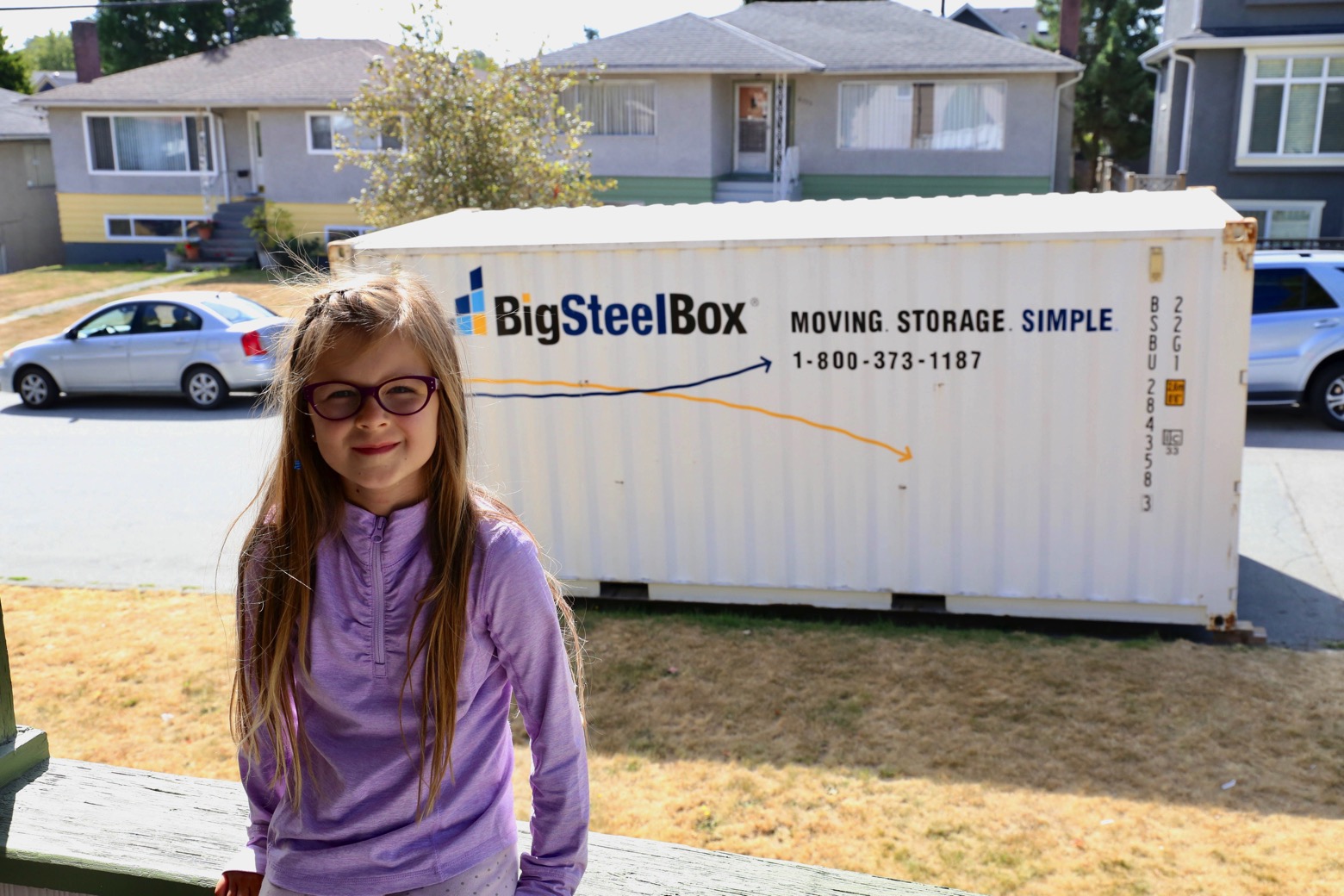 Use a shipping container.

Alright, my final tip!  This one’s new to me and may very well be the tip that makes the biggest difference the next time you move, because it really was for us.  Up until our move a few months ago, we had always rented a moving truck for in Canada moves.  It worked, but the process was rushed and stressful thanks to having to pack everything up into the truck, drive to the new destination, and unload within a 24 hour period and while somehow getting the newly emptied place cleaned in there too – oy.  What we loved about using BigSteelBox this time around was having the storage container sitting right there waiting whenever we had things we were finished with.  We simply added to it over the course of a couple of weeks and by the time our moving date neared, we were mostly done.  Not only did packing things in slowly allow us to keep the teetering towers of boxes at bay, but it also made the entire process feel a lot more chilled out and manageable, which was awesome. 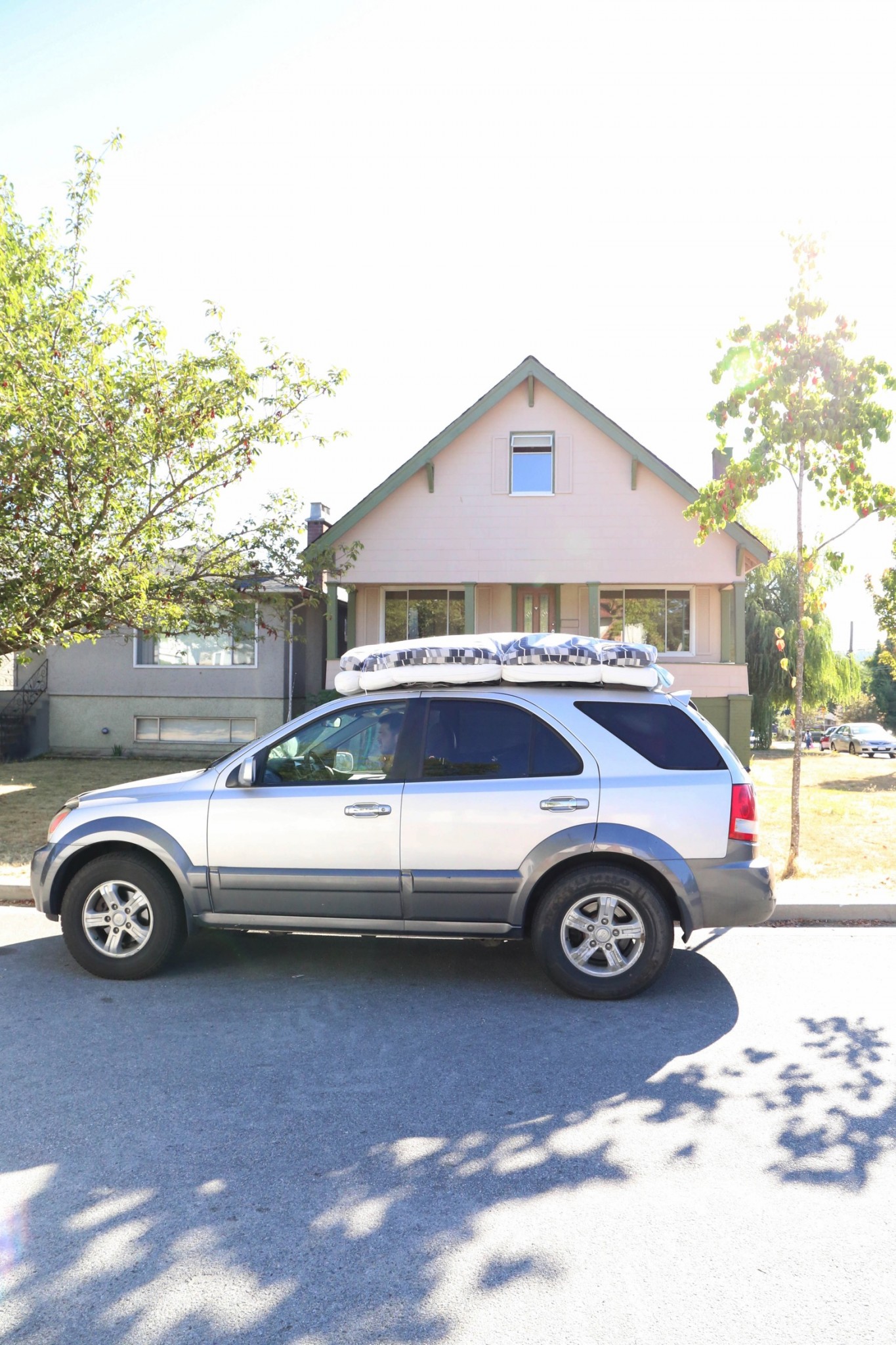 Well, that’s it…  10 ways to make moving easier and less stressful from a serial mover.  I hope these tips are helpful and your next move is smoother than ever.  Fingers crossed!

Disclosure:  We were provided with our BigSteelBox and the transport service in exchange for sharing about our experience.  As always, my opinions are completely honest and my own and I wouldn’t share if I didn’t think it was a fantastic moving option.

4 thoughts on “How to Make Moving Easier & Less Stressful”