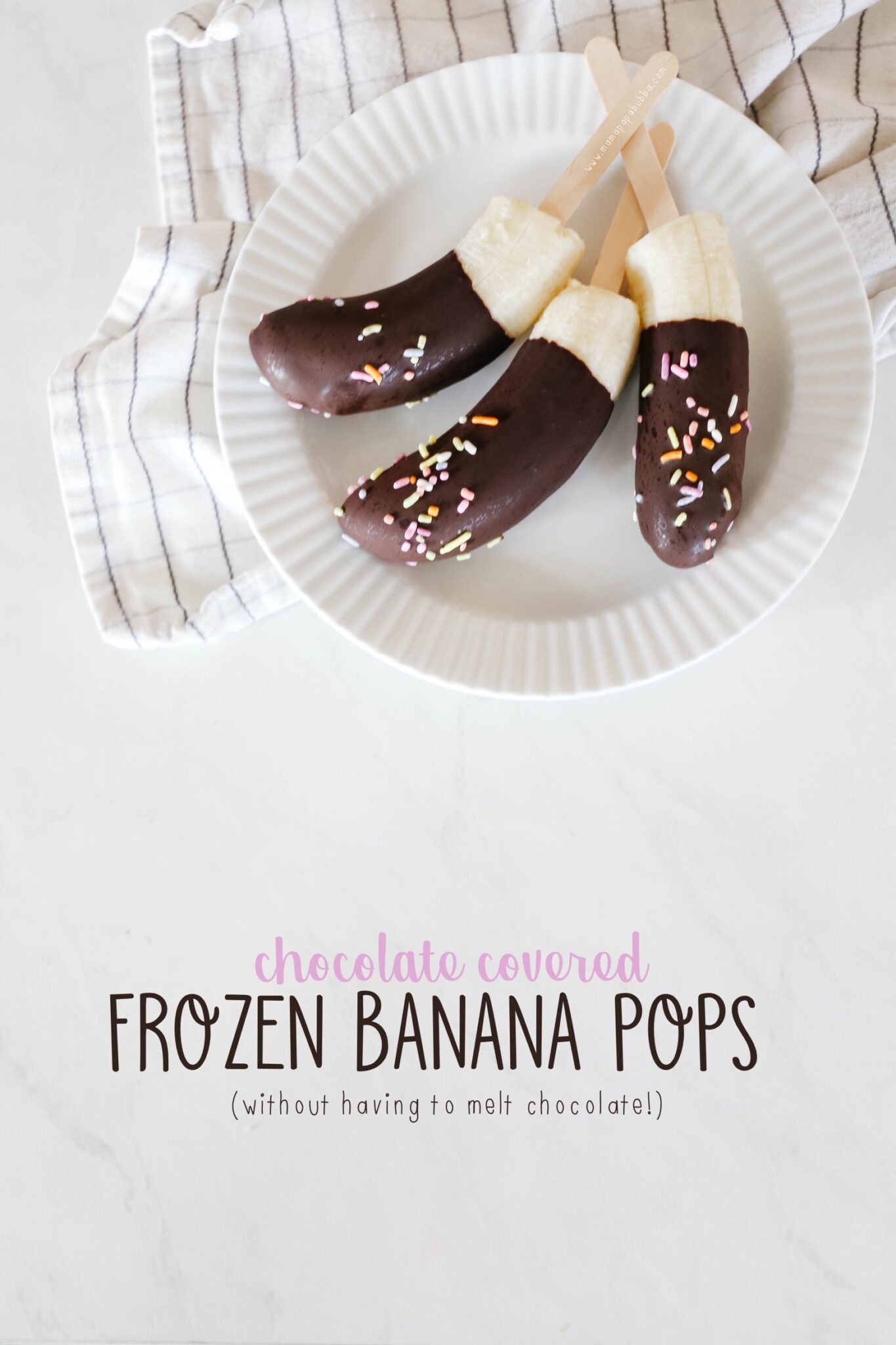 Okay, I’m probably aging myself here, but do you remember being able to get frozen bananas dipped in chocolate at Dairy Queen growing up?  The ones that came on a stick and were absolutely delicious?  Because I do!  I don’t know if it’s sad or awesome that I’d choose a frozen banana over everything else one can get when at a fast food chain full of frozen treats, but I loved them.  And apparently I still think they’re awesome because chocolate covered frozen banana pops happen every summer in this house.  We most often sprinkle them with chopped nuts (peanuts + chocolate + banana = actual heaven), but this time around we went for the naturally coloured candy sprinkles I bought ages ago for a birthday party {they’re not at all healthful, for the record – just naturally coloured}.  Put a few candy sprinkles on anything and the kids will think it’s amazing, but the best part of these frozen banana pops for me?  Not having to melt actual chocolate.  In fact, there’s no actual chocolate involved. 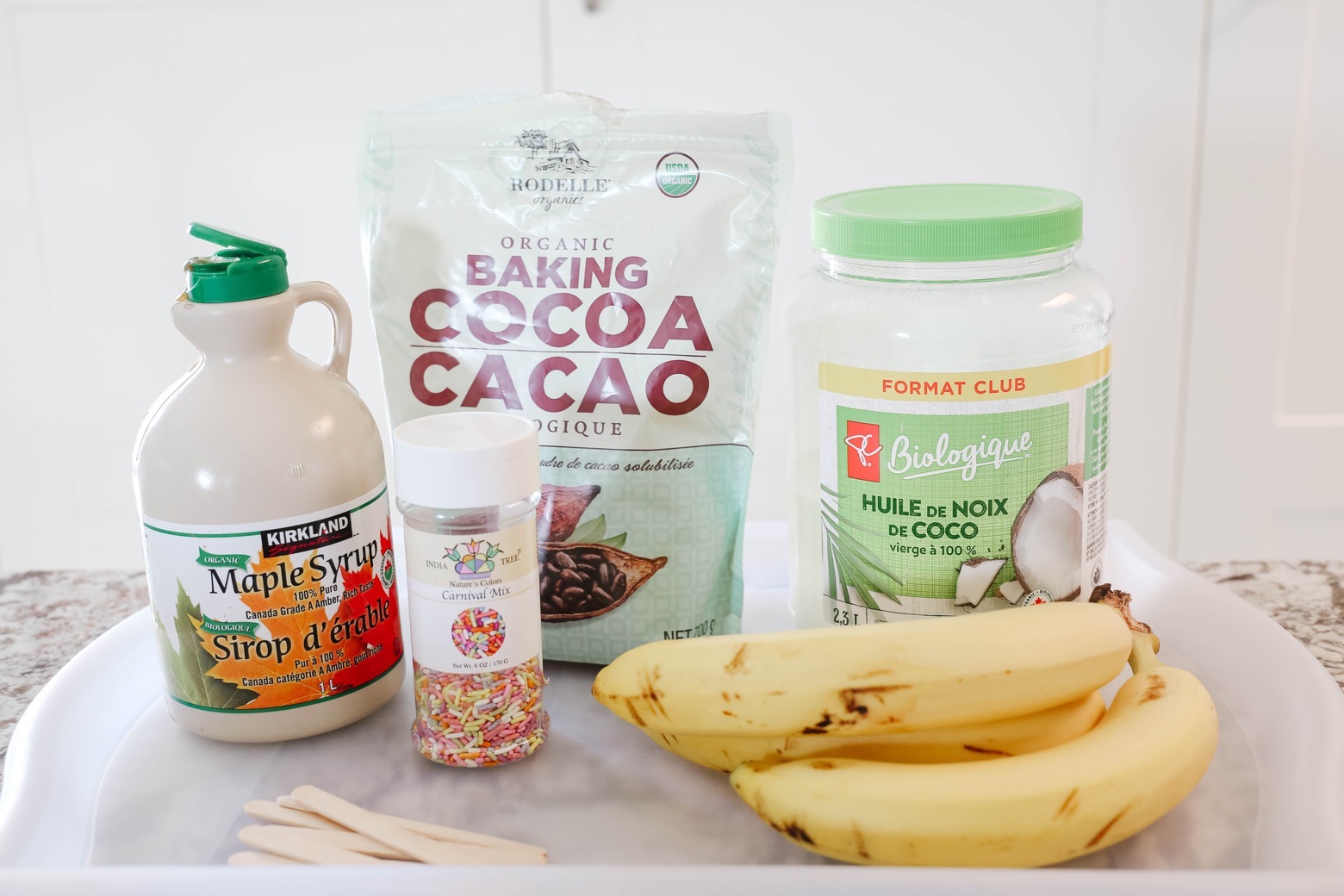 Here’s what we use to make them: 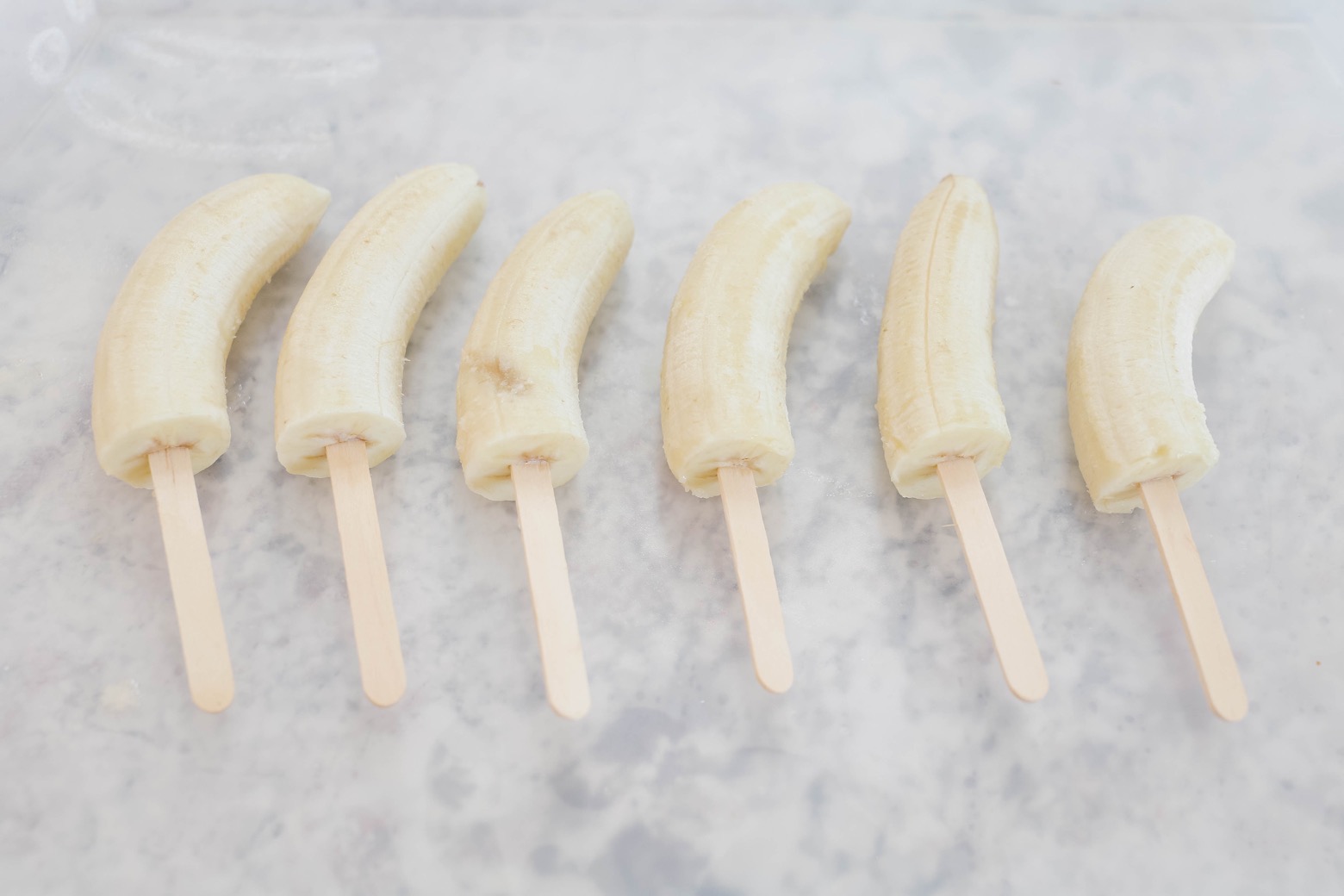 Making them is super easy.  First of all, we peeled our bananas, cut them in half, put a popsicle stick in each, and popped them in the freezer for about an hour. 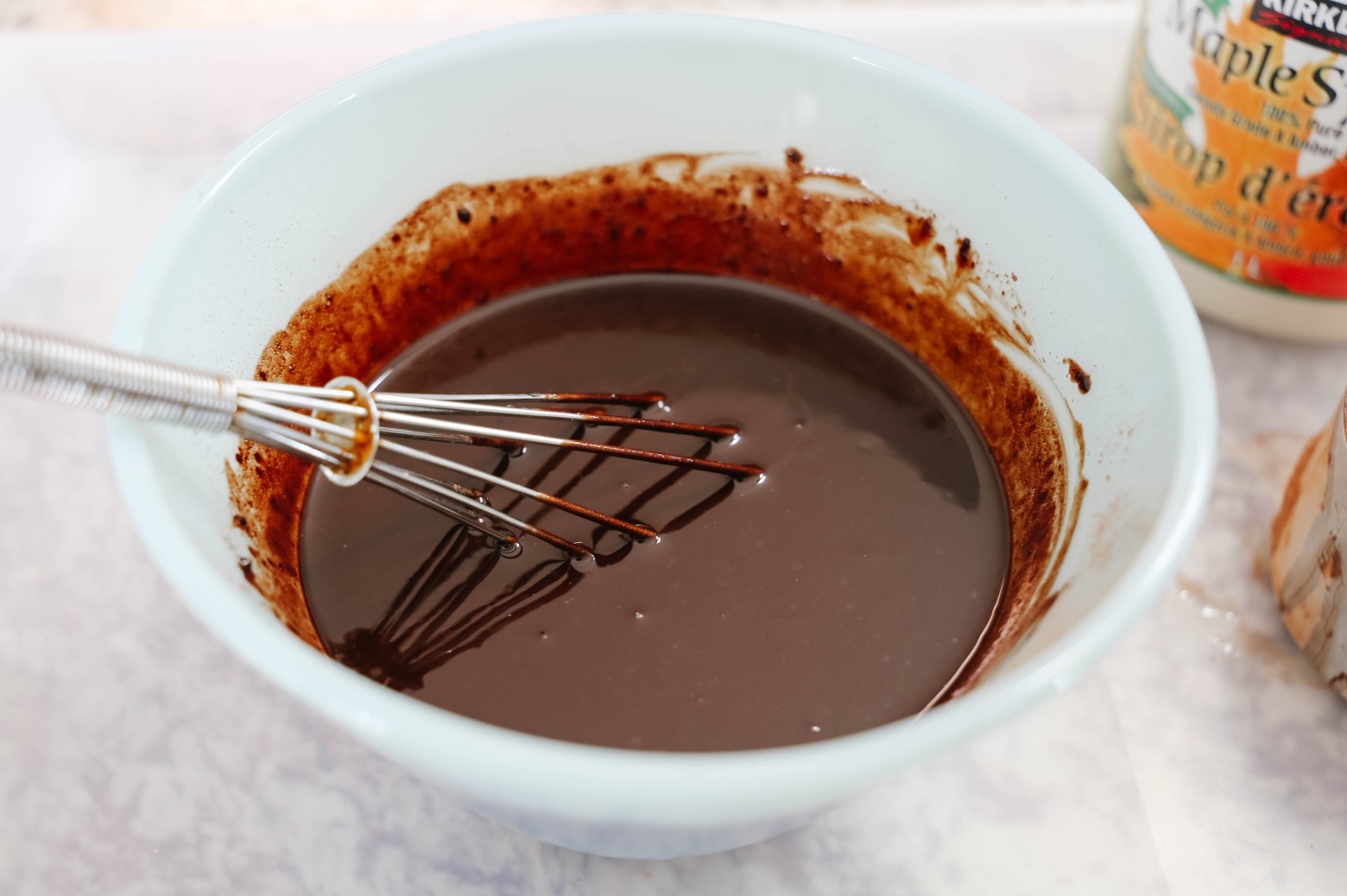 While the bananas are freezing, we quickly whip up our chocolate magic shell coating. (Remember that stuff?  It instantly formed a hard shell when drizzled on ice cream? Apparently I’m all about the childhood throwbacks currently, but I remember thinking it was the COOLEST.)  Anyways, I’m pretty sure I first saw this version on Erin Ireland’s Instagram Stories a couple of years ago…  She used to use it regularly as a chocolate alternative when making refrigerated desserts and I immediately thought about the fact that it would make an amazing DIY magic shell coating!

To make it, you simply whisk up equal parts cocoa and melted coconut oil (you’ll need the kind that is solid when cold – not the stuff that is always liquid), plus maple syrup to taste.  You can play around with the maple syrup quantities, but this is a good place to start in my opinion:

If you need a little more sweetness, add a little more maple syrup!  I’d say you could go as far as doing equal parts of each, but you do want the chocolate to harden well, so you don’t want to ‘water down’ the coconut oil too much. 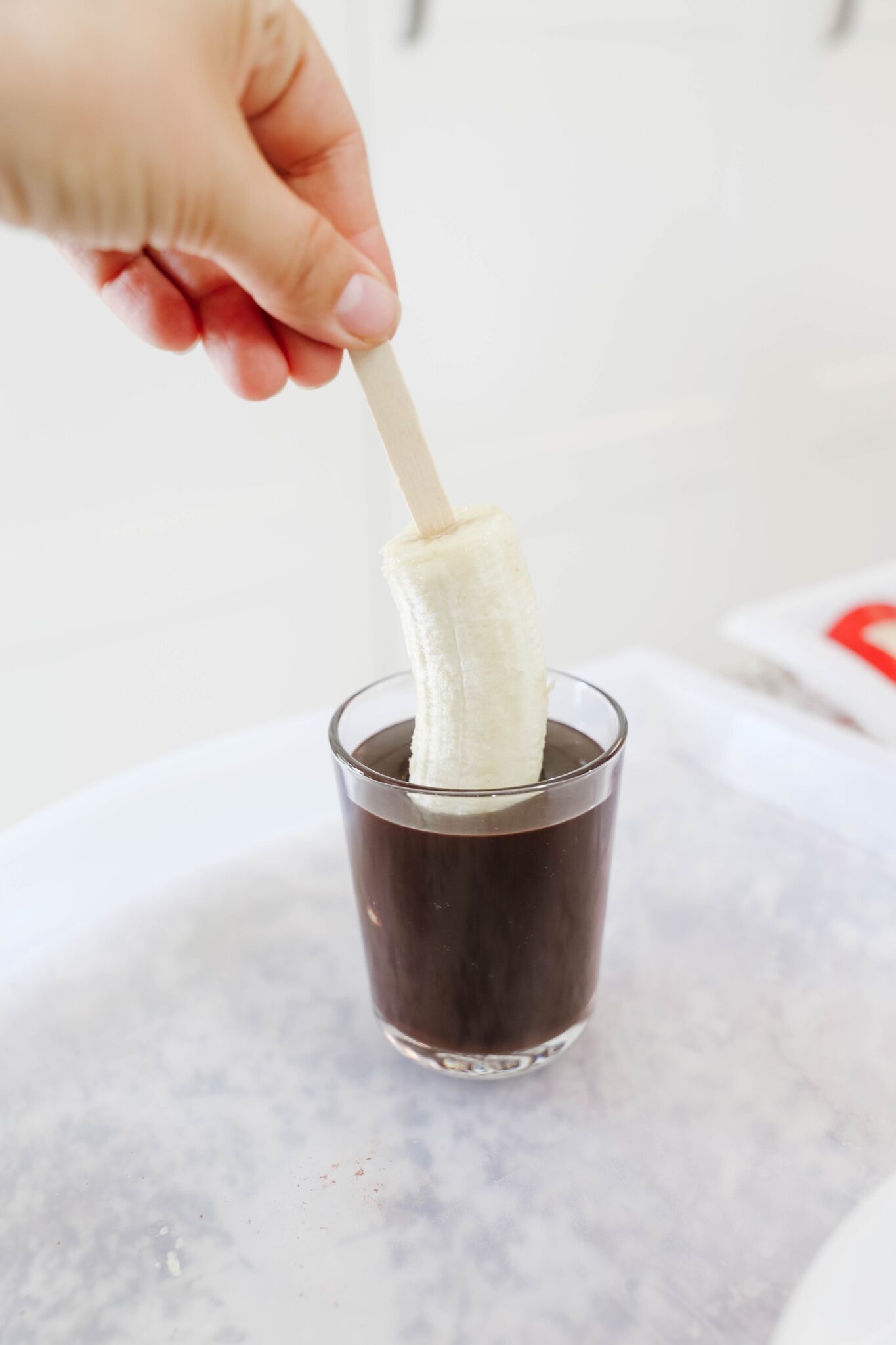 Once your banana pops are at least mostly frozen, transfer your DIY chocolate magic shell coating into a narrow glass and dunk the bananas in one at a time. 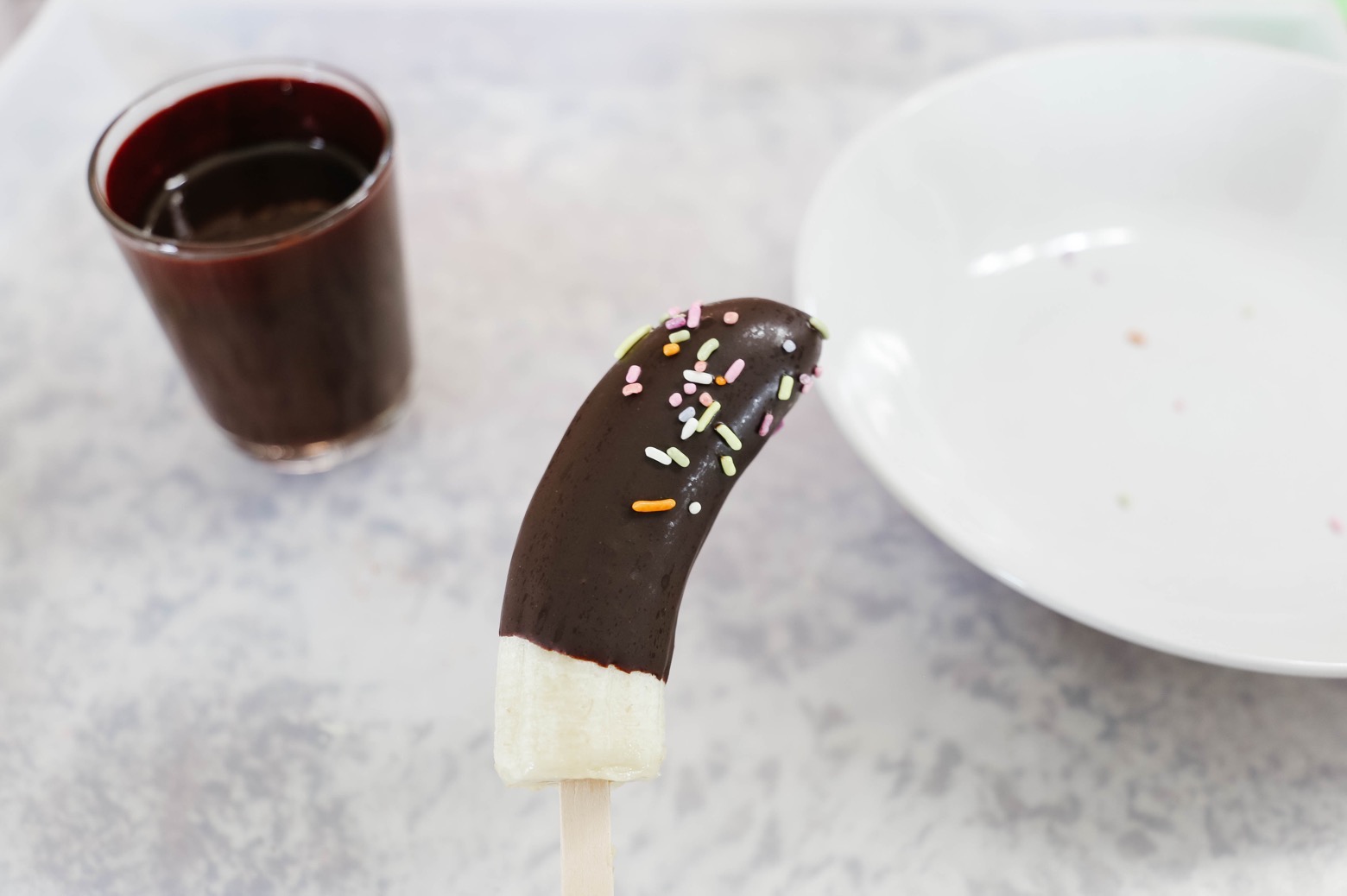 If you want to add some chopped nuts or a few candy sprinkles like we did, you’ll want to work quickly as the chocolate does firm up quickly. 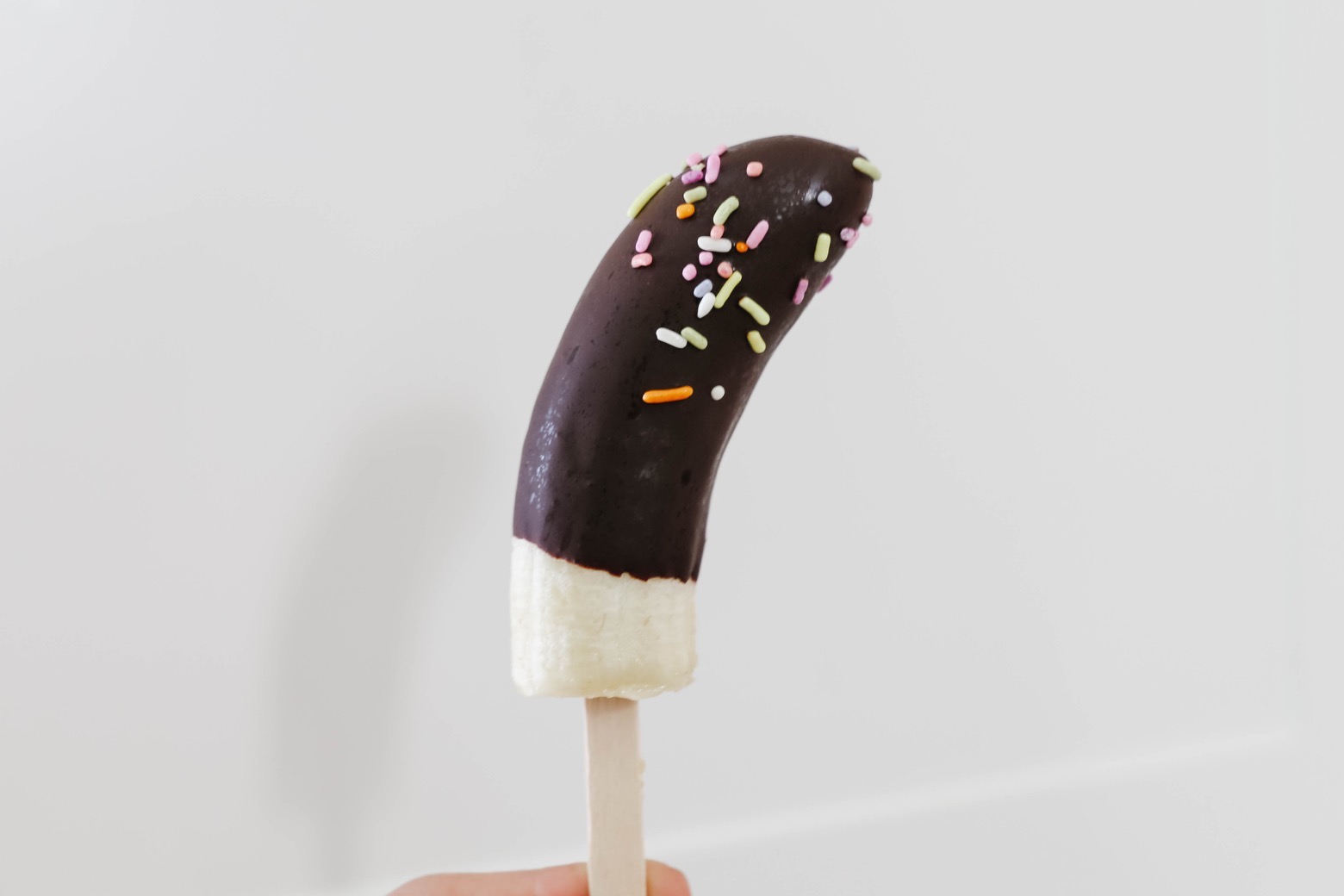 Less than a minute later, you’ll have a fully hardened chocolate shell and your frozen banana pop will be ready to enjoy!  (I love this method – freezing the bananas first -because the kiddos get to see the magic happen right before their eyes.) 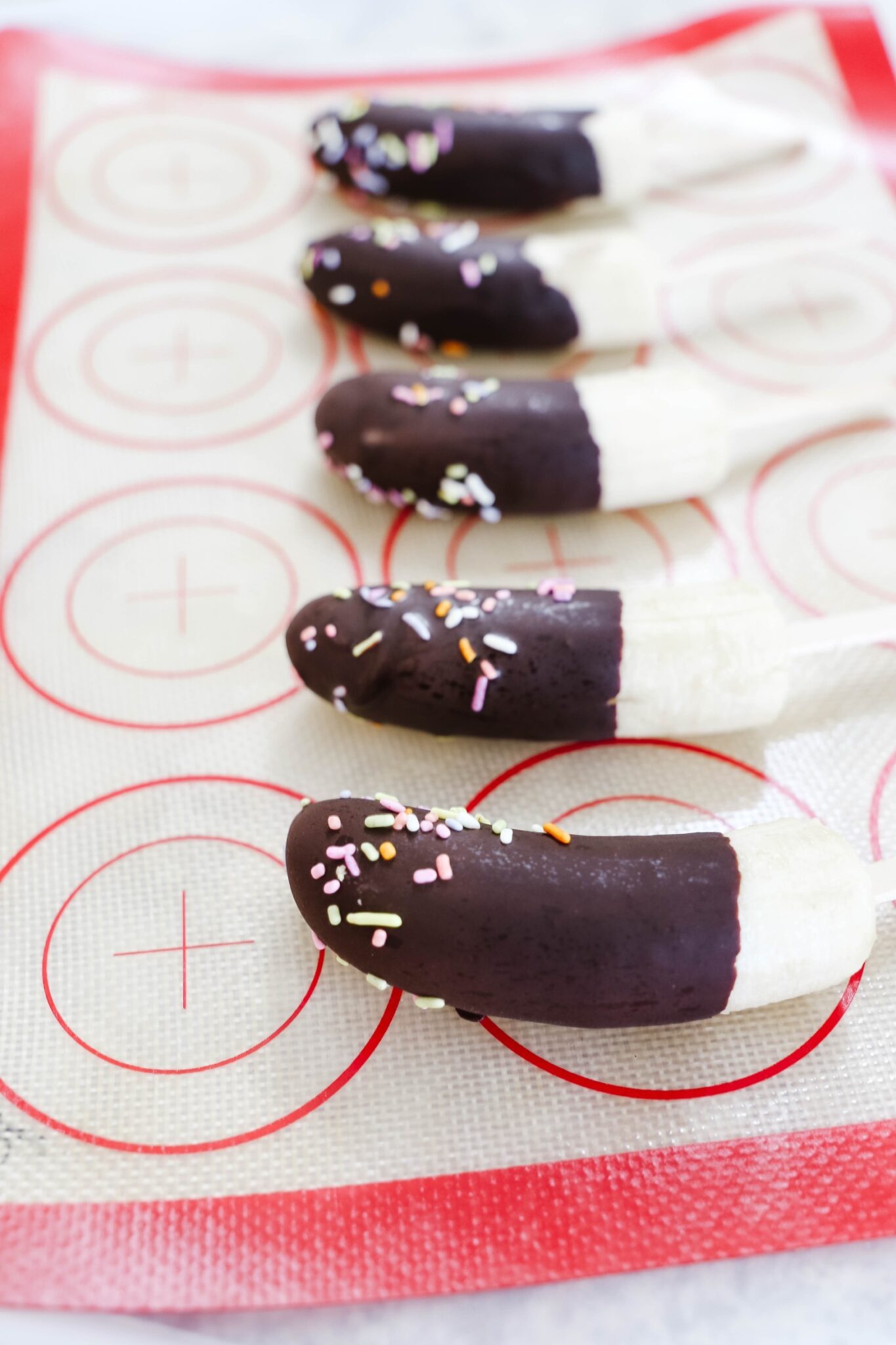 If you’re not enjoying them right away, allow the chocolate to harden completely then transfer the banana pops into an airtight container to be stored in the freezer. 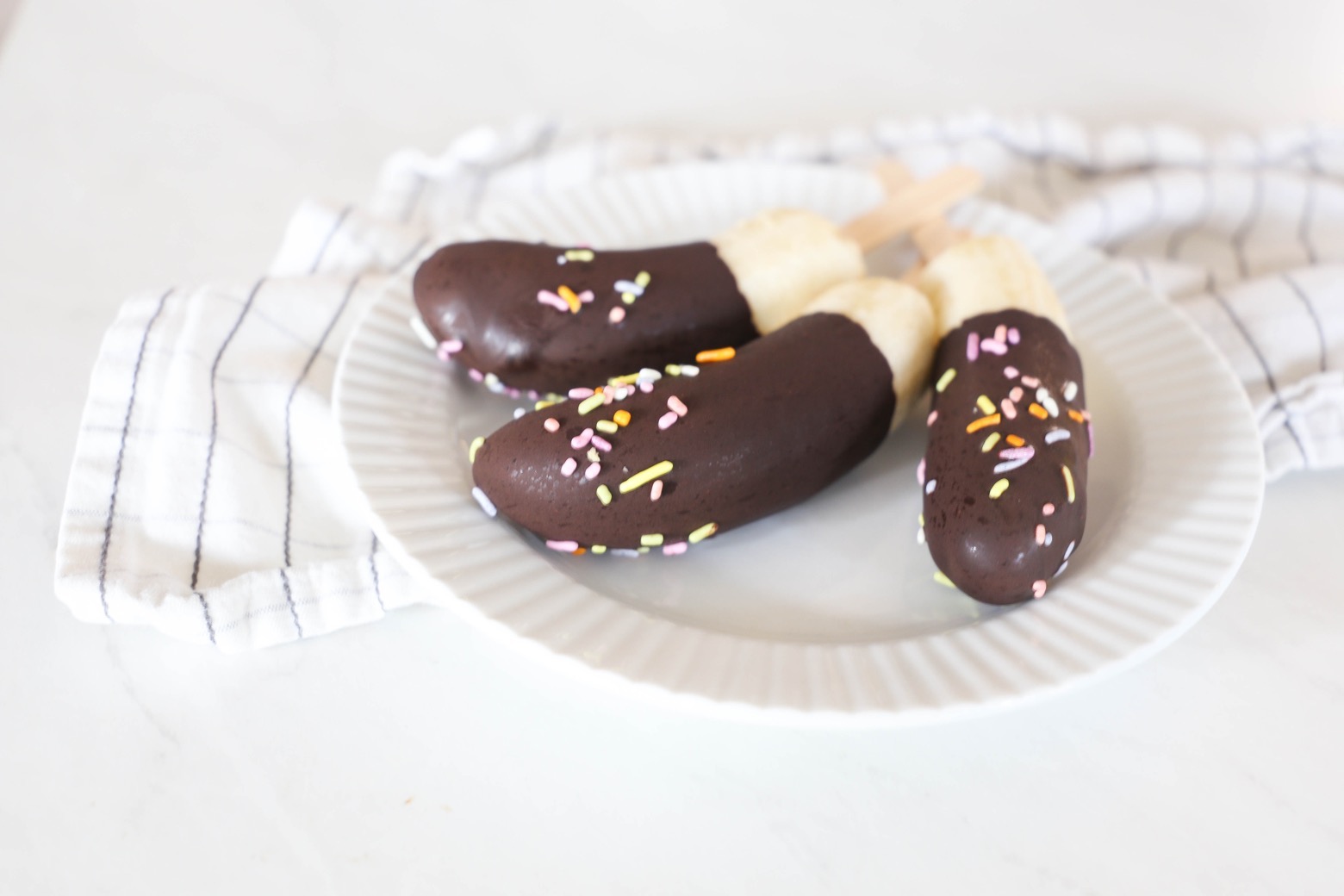 And that’s it!  Chocolate covered frozen banana pops that require no actual chocolate!