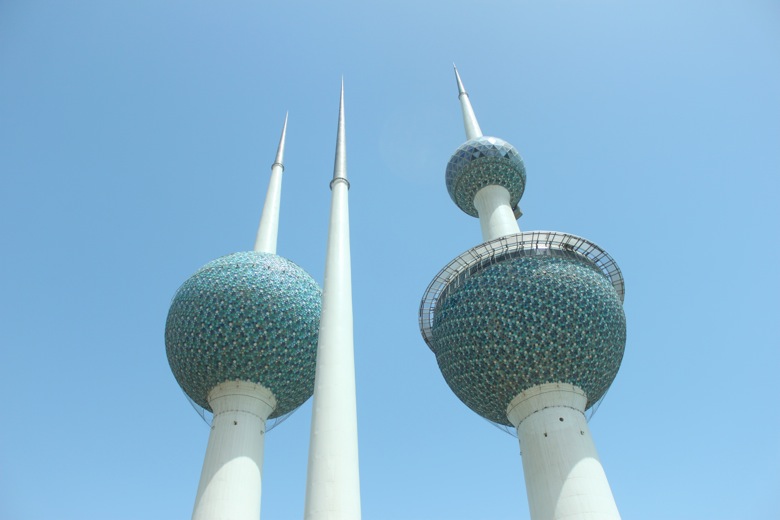 It’s hard to believe that we really only have a couple of months left in Kuwait.  The last time we left, I had a feeling that we may return one day {though I had no idea it’d be so soon}, but that’s not happening this time around.  Our time here is nearly done and there will not be a round three.  So, with that in mind, we’ve been trying to get out and enjoy Kuwait as much as possible in these final months.

END_OF_DOCUMENT_TOKEN_TO_BE_REPLACED

The weather forecast called for rain and a dust storm, but we did let that come in the way of the beach day we’d planned with friends.  Instead, we packed up family-sized bento of snacks and our bag of beach toys, convoyed out to Khiran, and hoped for the best.  The afternoon worked out perfectly – the weather was warm but not too hot, the kids played happily, and the rain held out just until we were packing up to leave around 5 o’clock.  It was a lovely day that ended with a filthy munchkin and a long bath, but all good days should end that way, shouldn’t they? 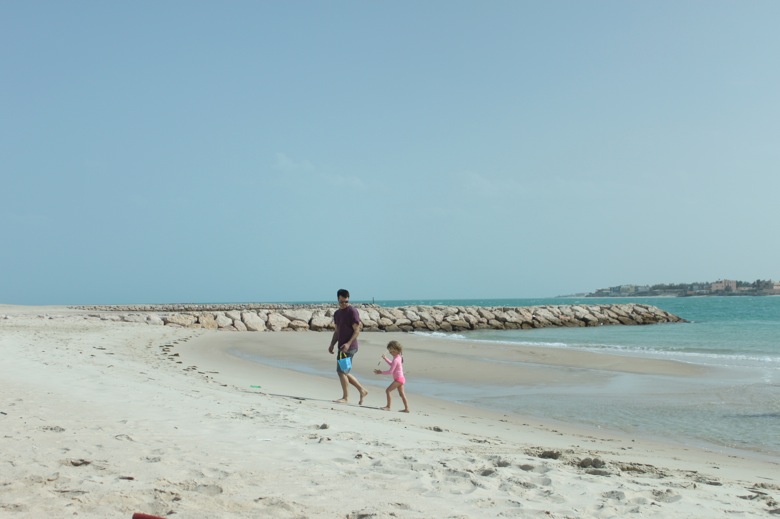 END_OF_DOCUMENT_TOKEN_TO_BE_REPLACED

Oh my word… We very possibly may have visited the most beautiful place in Kuwait today – Khiran Beach.  We’d heard about it through several different friends, and today we finally made a point of going.  After a family breakfast at The Early Bird and an early ‘rest time’ for Miss G, we packed up the vehicle and headed waaaay out towards Wafra.  The drive itself was pretty interesting as there were literally hundreds of tents and bouncy castles set up in large pods along the highway, and as we got nearer, several different herds of camels, sheep, and goats.

We followed the directions we’d been given to a tee, but ended up at a point where we were 99% certain we were somewhere very wrong.  We were in the middle of a new residential area, and the place was absolutely deserted.  Several streets were lined with large sand embankments, fences, tractor tires, and ‘Construction Zone – KEEP OUT!’ signs.  What we didn’t realize initially was that that was exactly where we needed to be. After Brad had been sent ahead to scope out what was on the other side of the embankments, we piled out of the vehicle, made our way through a mess of sand and tires, and found this.  An absolutely gorgeous beach all to ourselves.

Despite the fact that it had been raining on the way out and we came dressed in hoodies and scarves, it wasn’t long until Grae was in the water.  Lucky for us, the sun came out and completely made the day.  We enjoyed a picnic, wrote ridiculous things in the sand upon the request of Miss G, and took her home salty, sandy, and exhausted.  It was a good day. 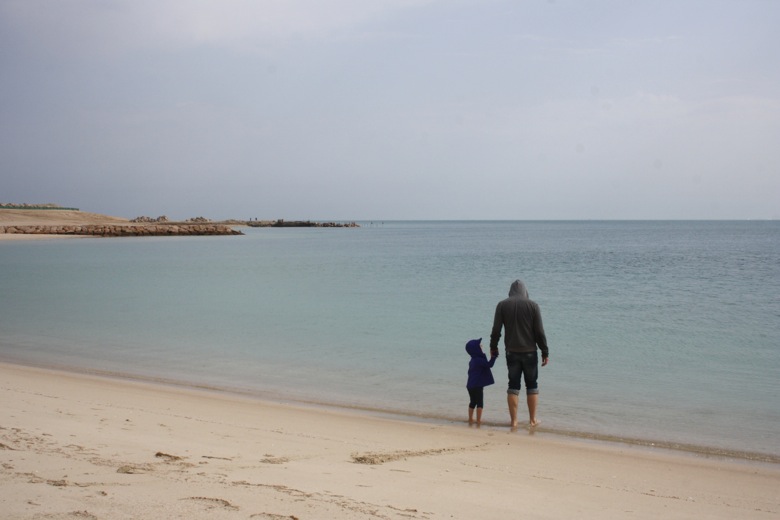 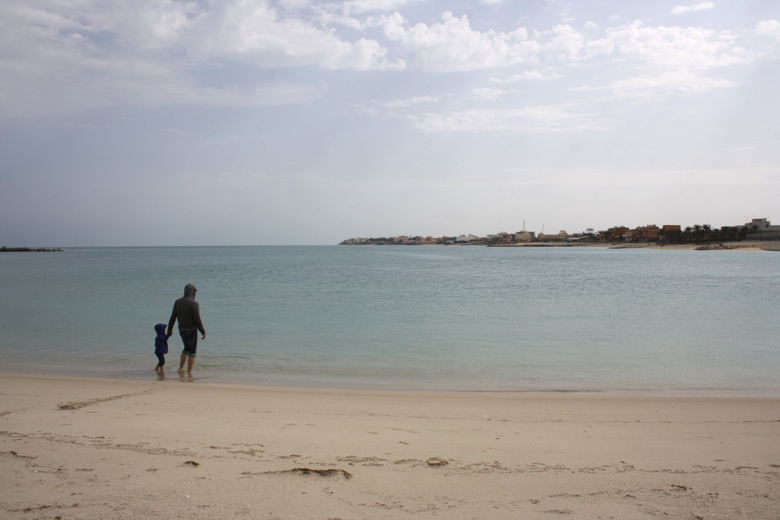 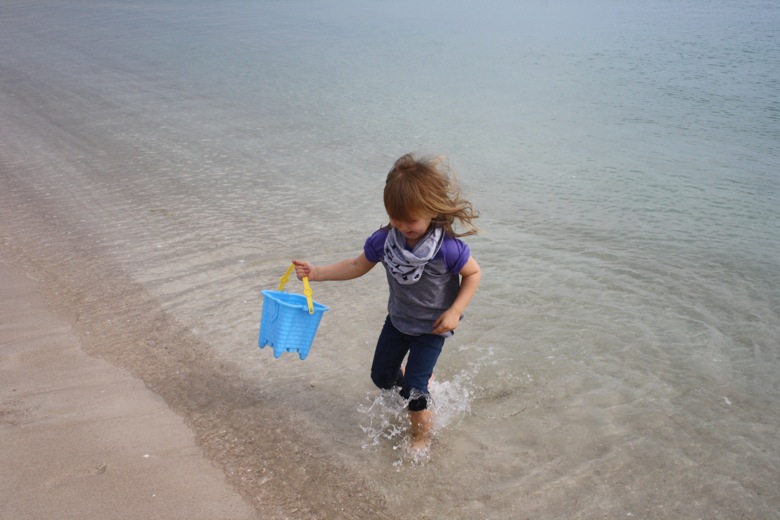 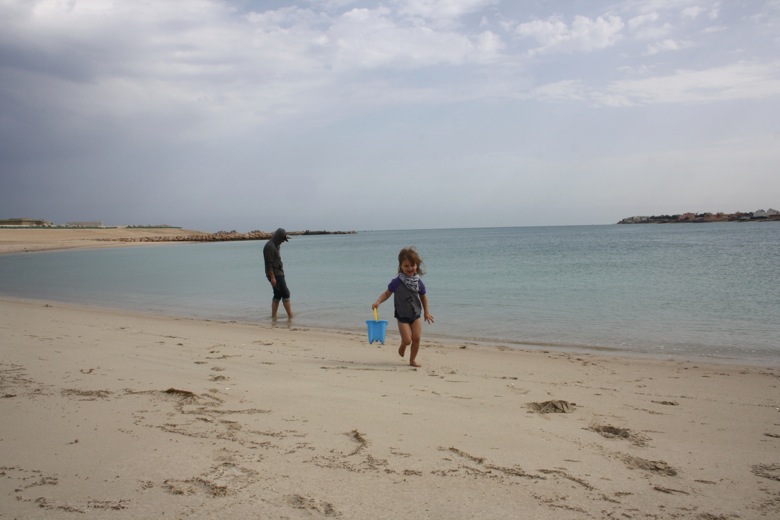 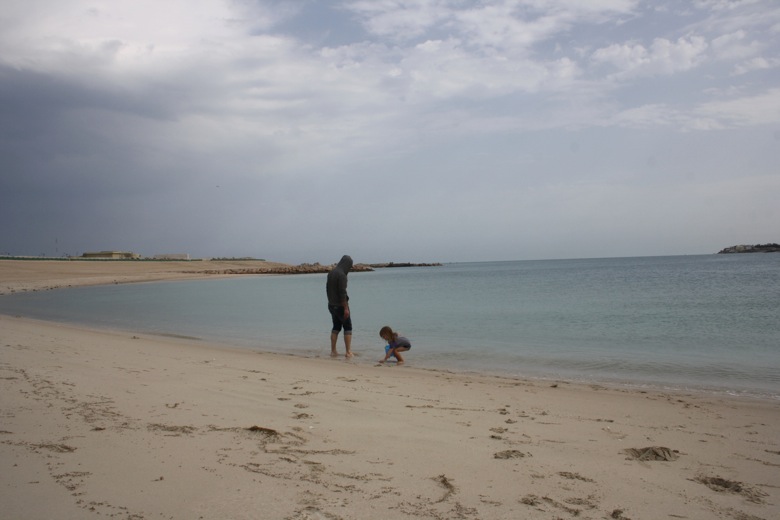 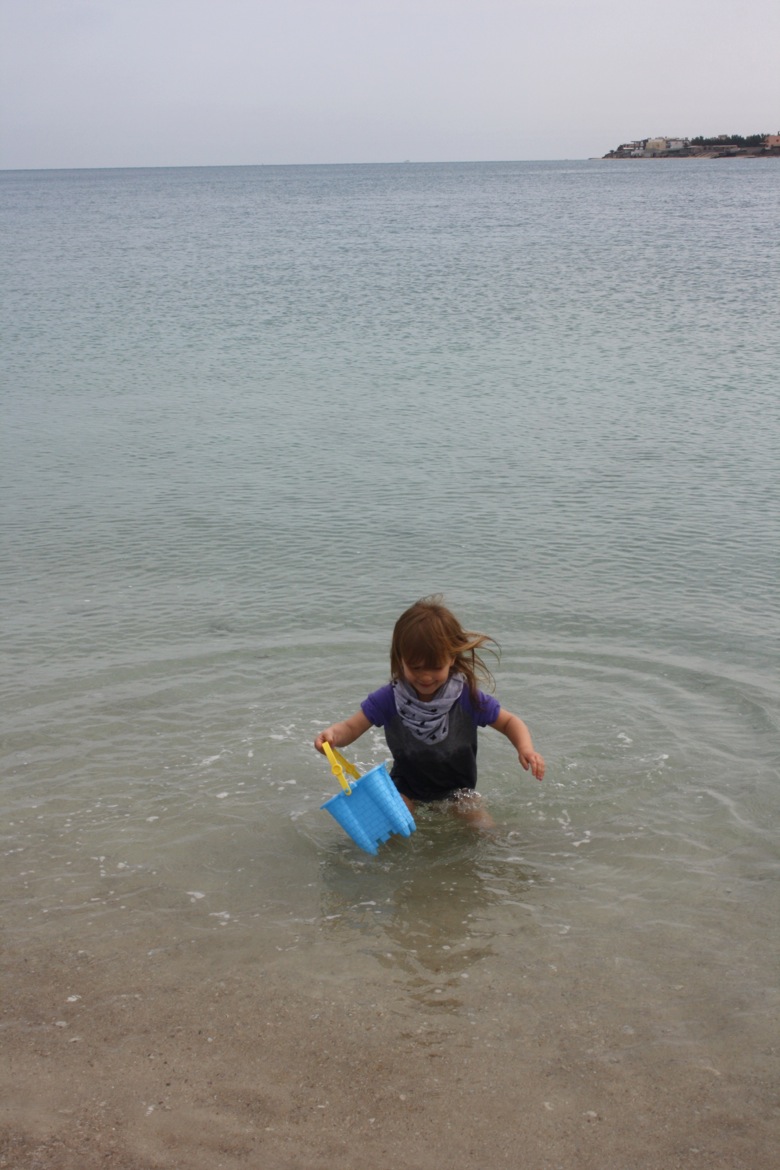 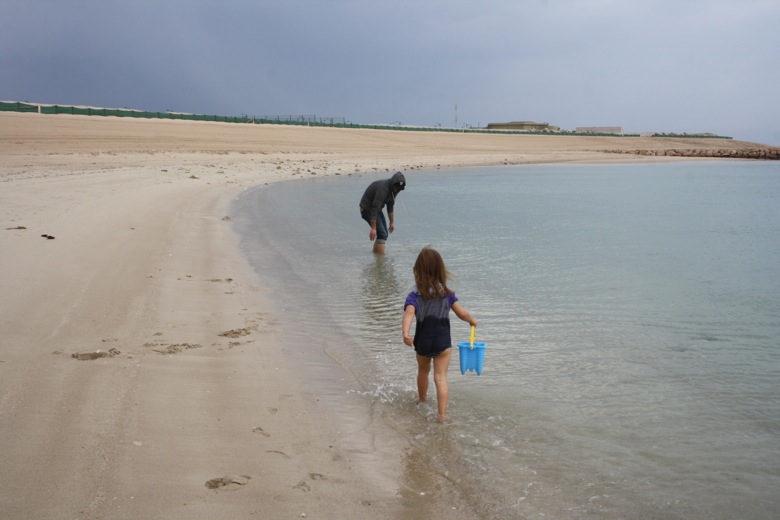 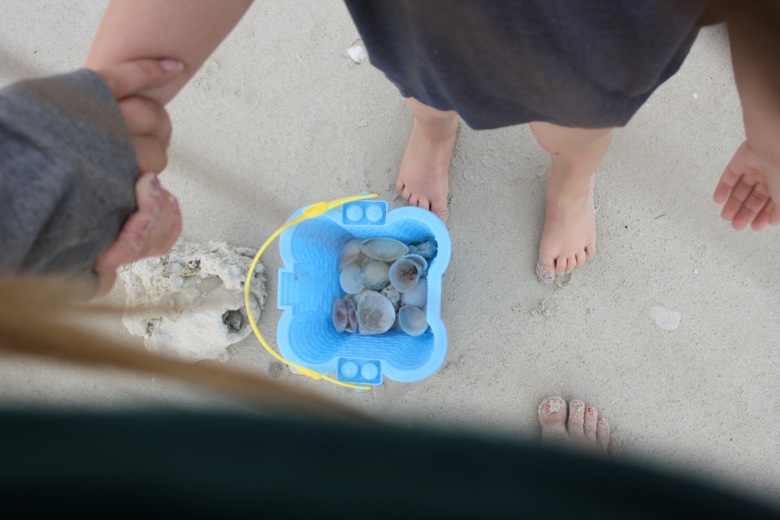 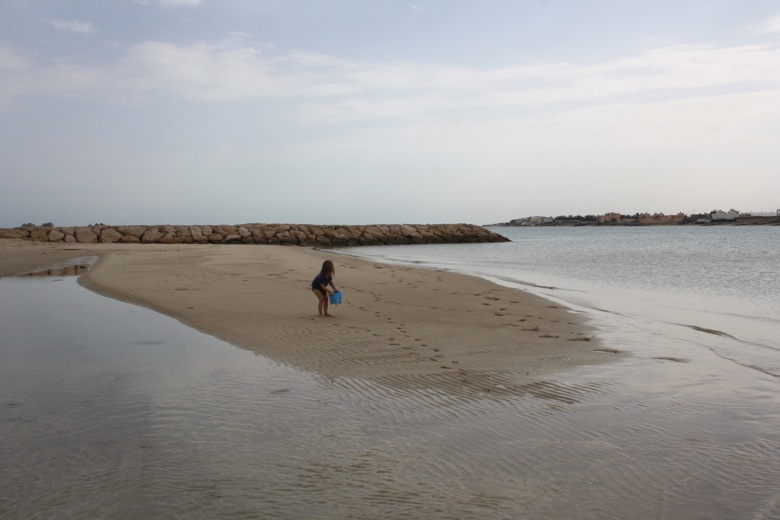 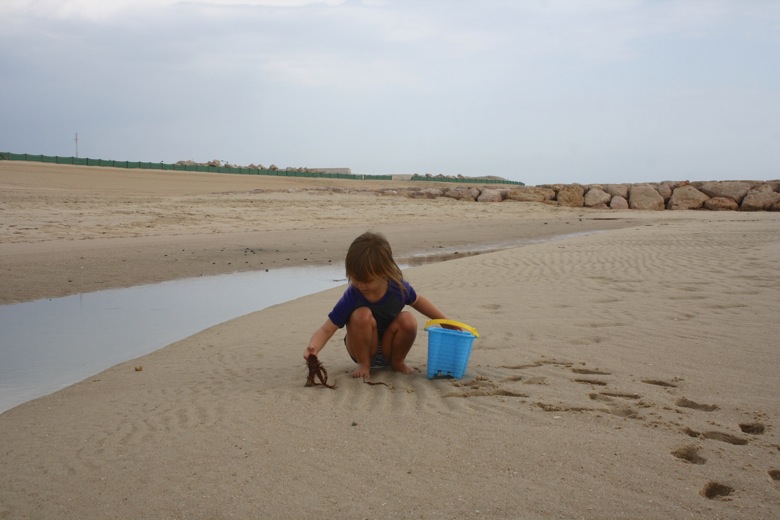 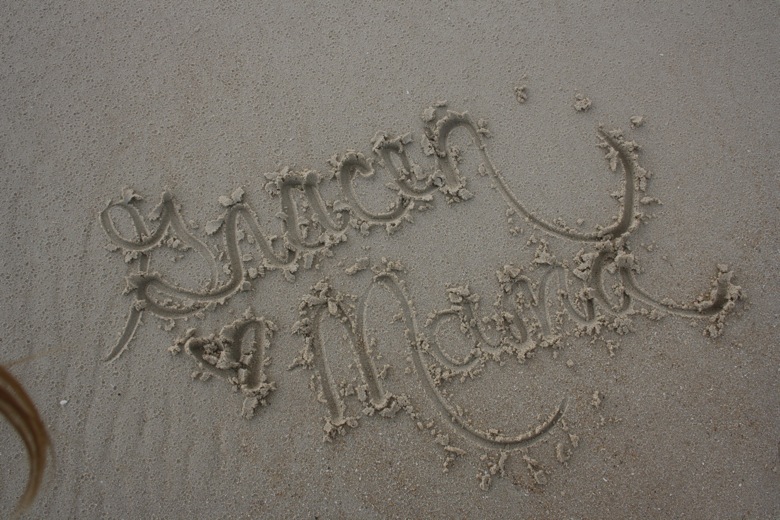 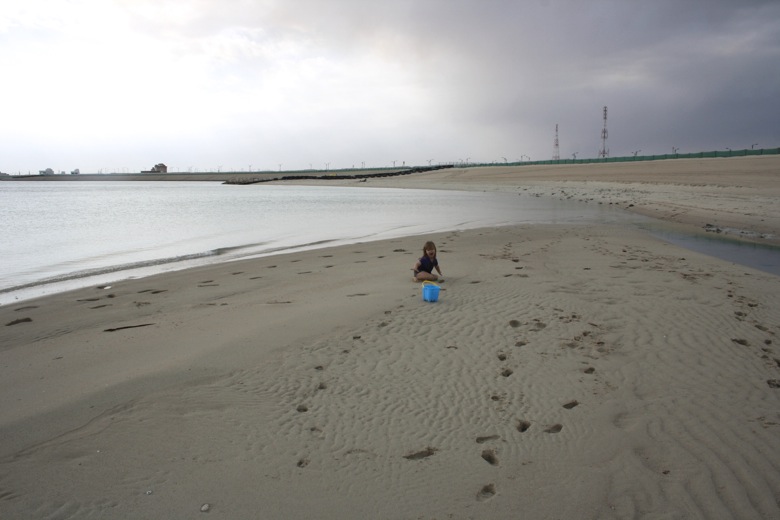 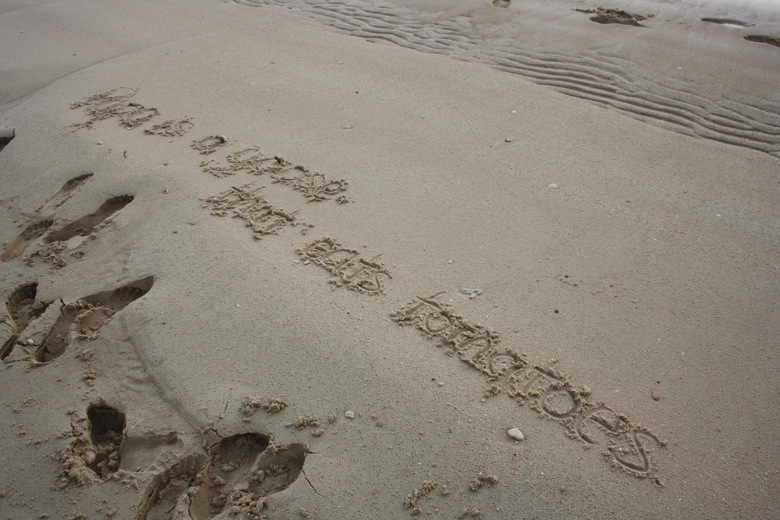 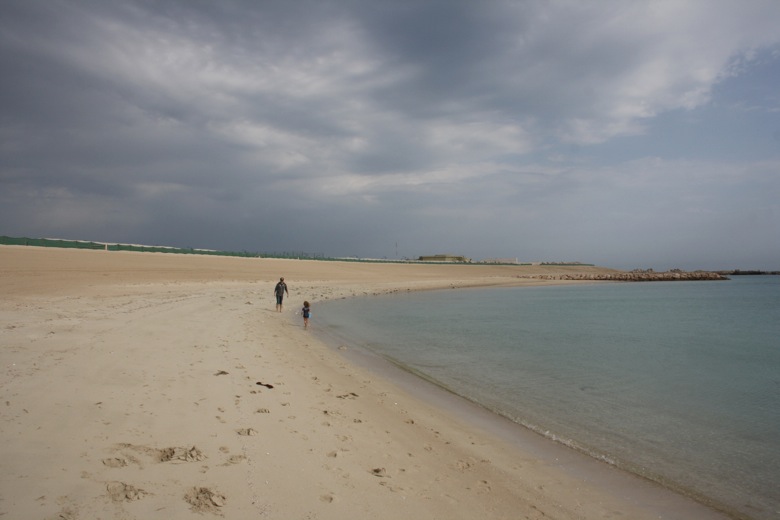 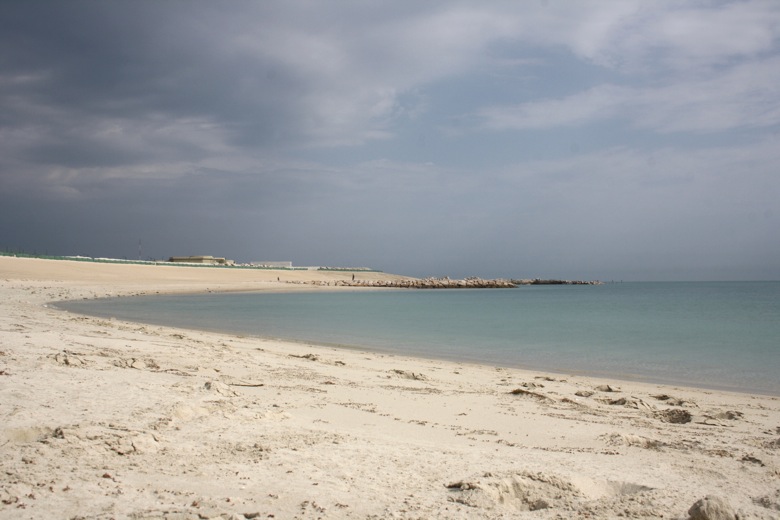 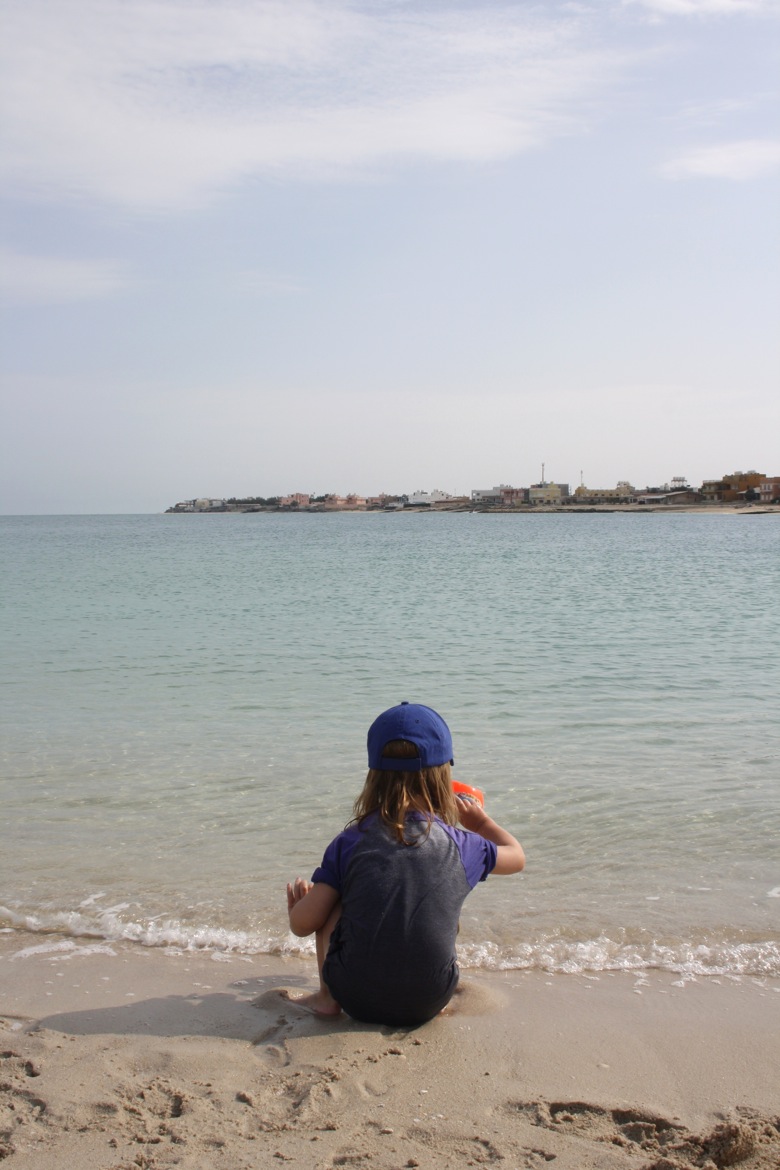 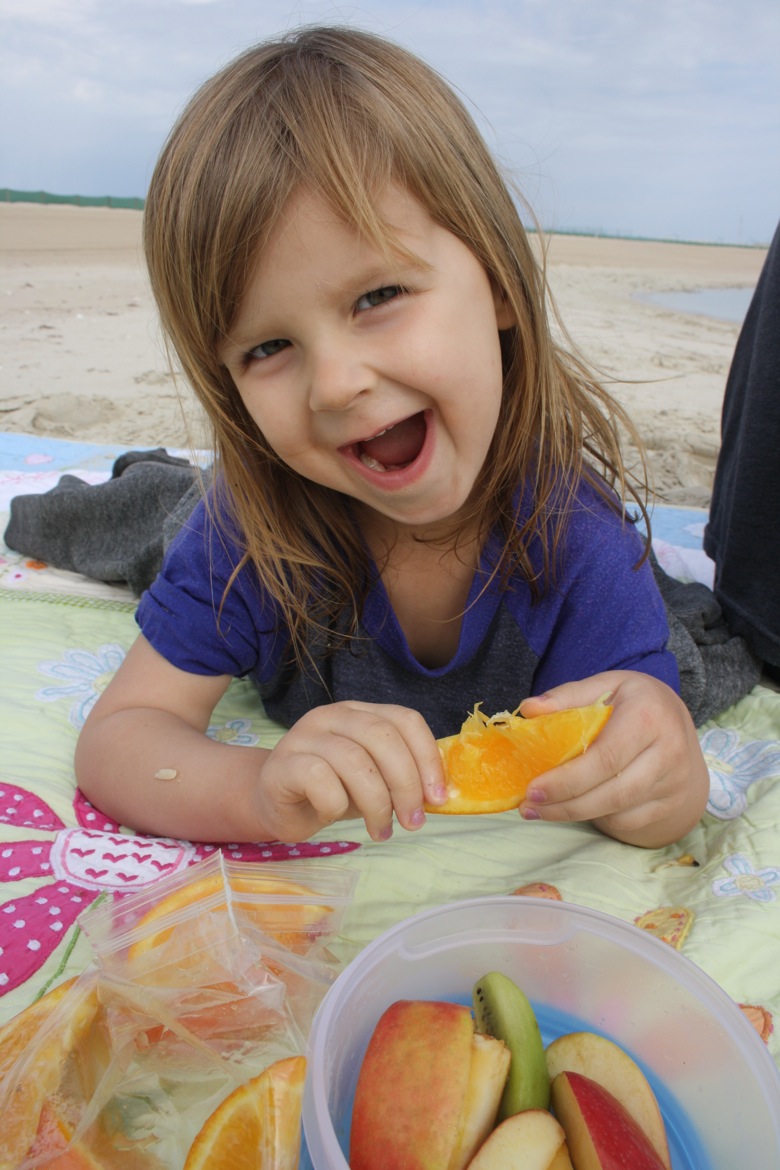 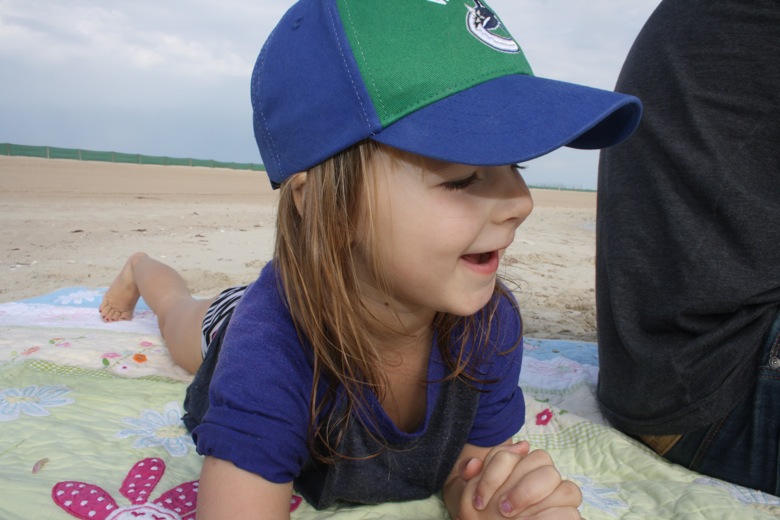 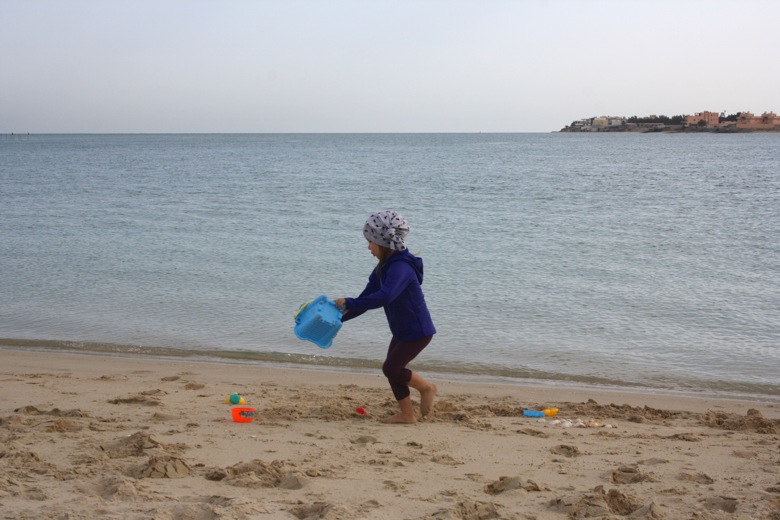 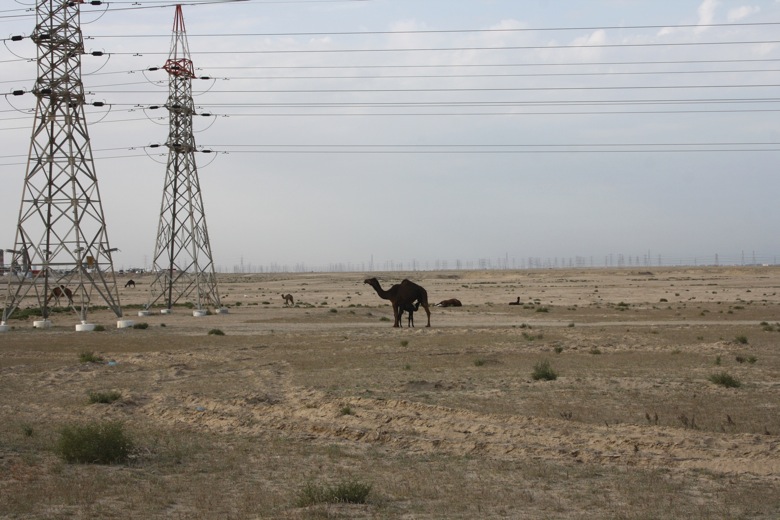 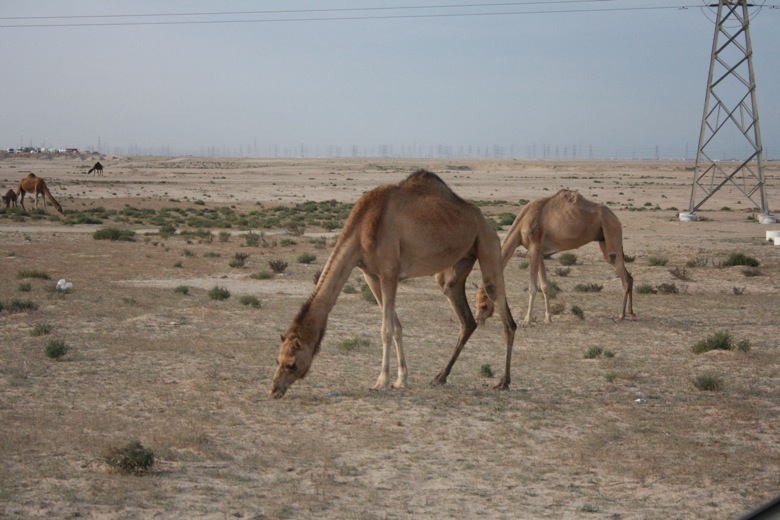 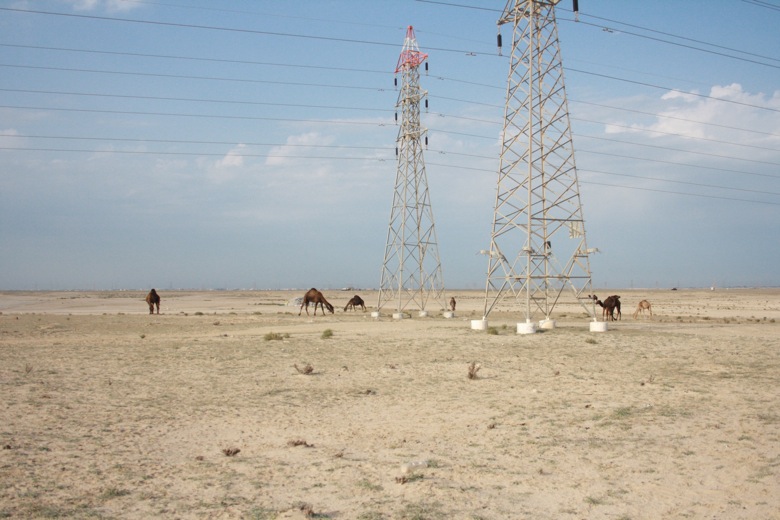 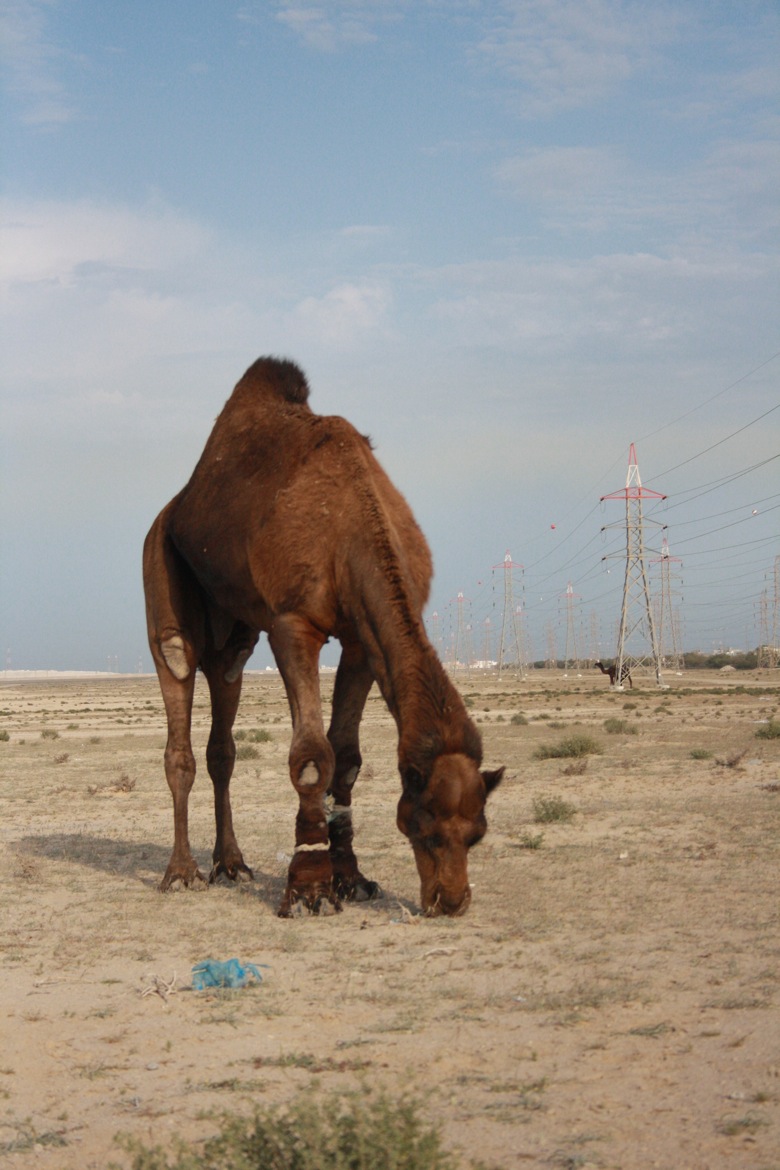 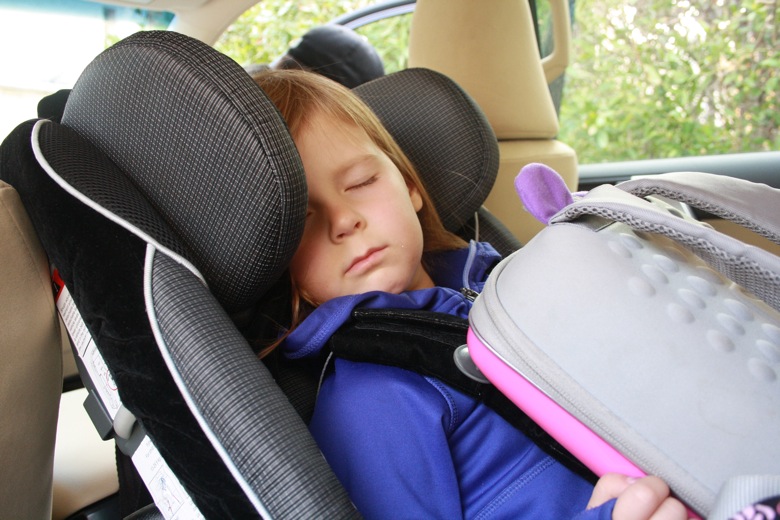