I’ve had tons of fun little activities and cooking projects I’ve wanted to do with Miss G over the last couple of weeks, but all the gorgeous sunshiny weather we’ve been having has allowed for little more than bike rides, outdoor play, visits to the beach, and afternoons at the pool.  Darn weather!

Though we’ve been soaking up every moment of our summer, today’s dreariness was a welcomed change. Our house was cool, and we stayed in all morning playing and having fun {without melting}. 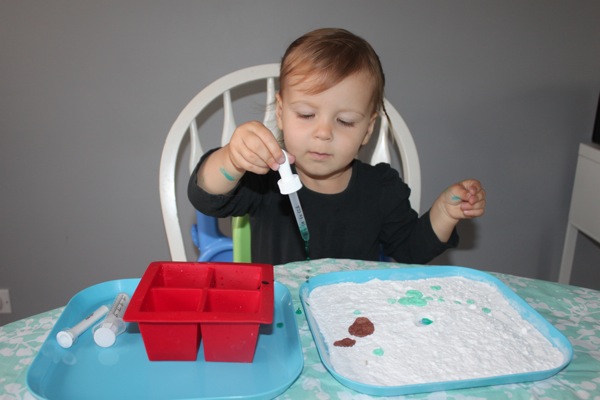 The first little activity we tried was what I call moon painting. It’s super simple and involves three basic things everyone with munchkins probably has at home – a tray of baking soda, food colouring dyed vinegar, and a few old medicine droppers / syringes. 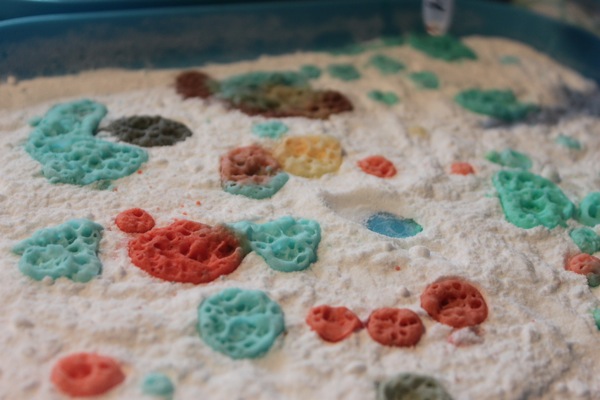 See why I call it moon painting? The vinegar and soda mixture bubbles up and leaves little crater-covered splotches when it settles back down again. 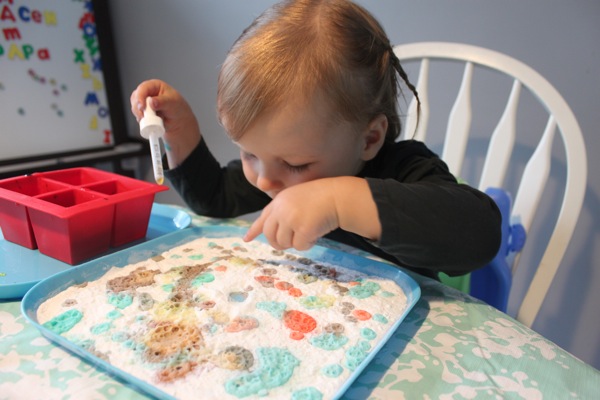 Gracen really, really enjoyed this activity.  I demonstrated how to using the dropper, and she picked it up very quickly (although it did become harder near the end when there wasn’t as much of the vinegar mixture left).  She’d drop a little vinegar onto her tray, then point in excitement as it fizzed up in mound of bubbles.  Afterwards, she’d announce the colour of her newest splot. 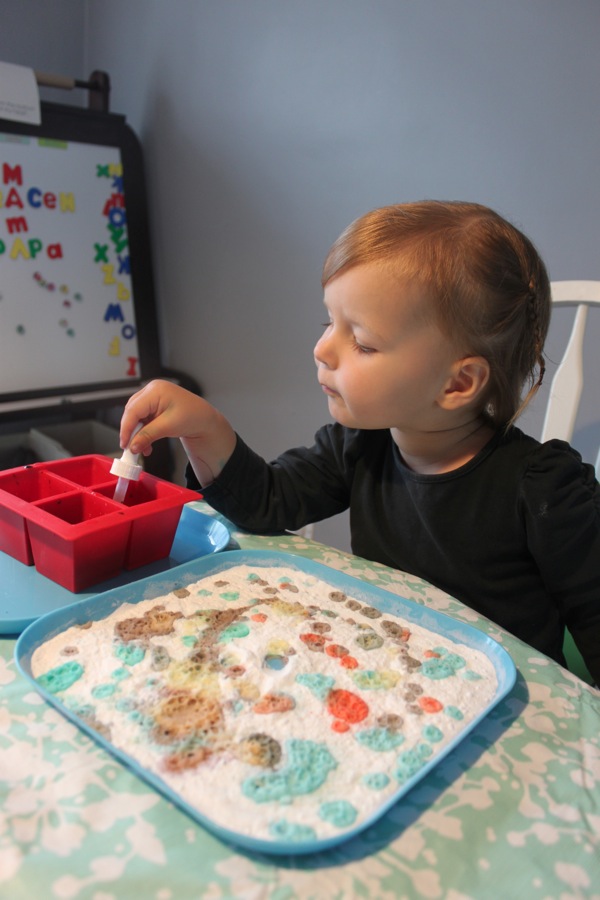 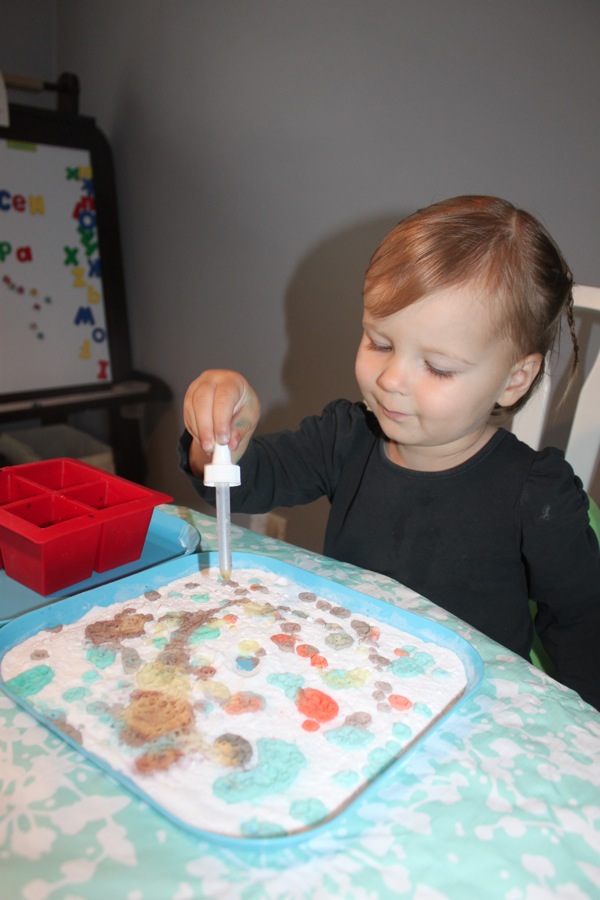 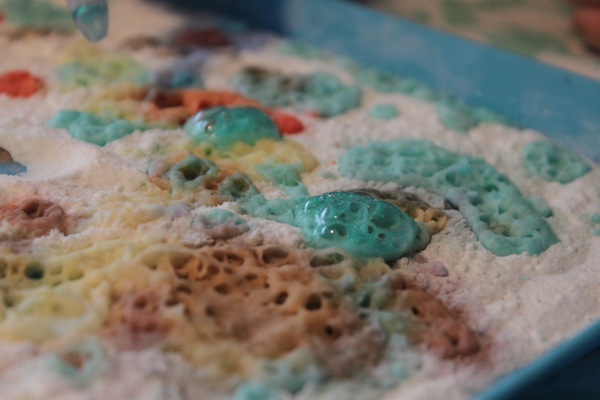 And watch the bubbles! 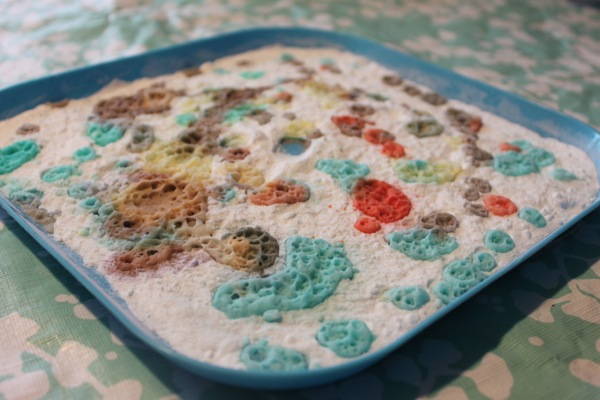 Moon craters in the making. 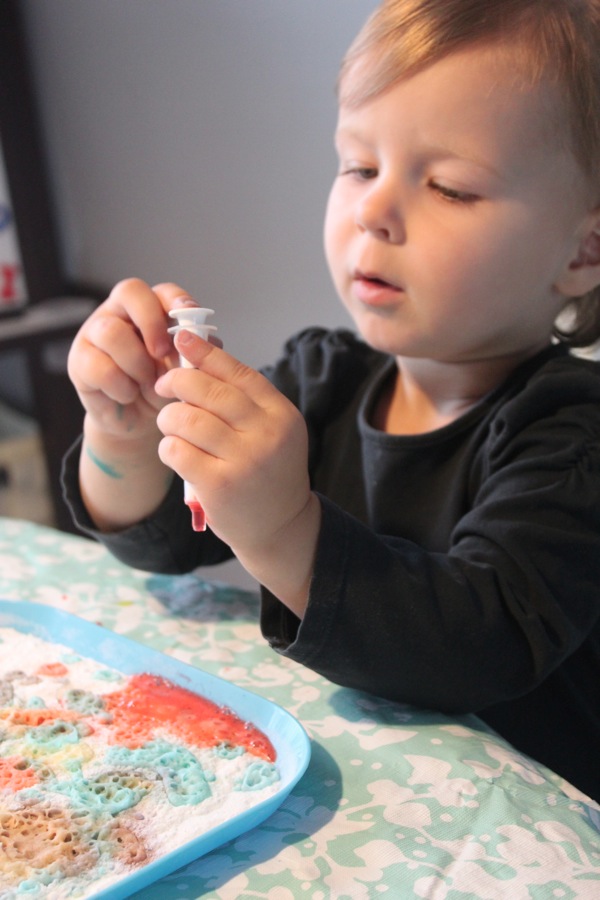 We did try using the syringes too, but we quickly learned that they led to great big swamps rather than moon craters, which caused less of a fizz. 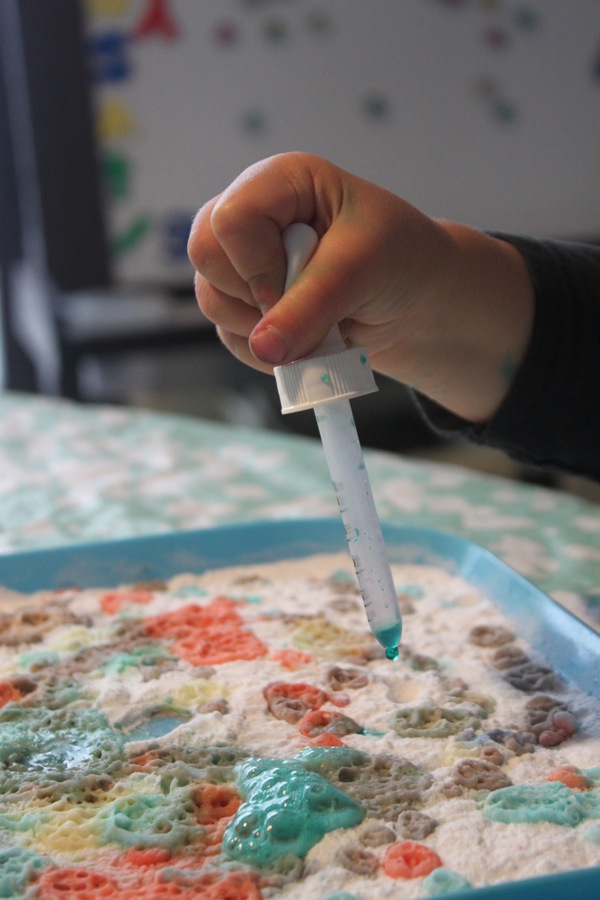 So back to the dropper we went. 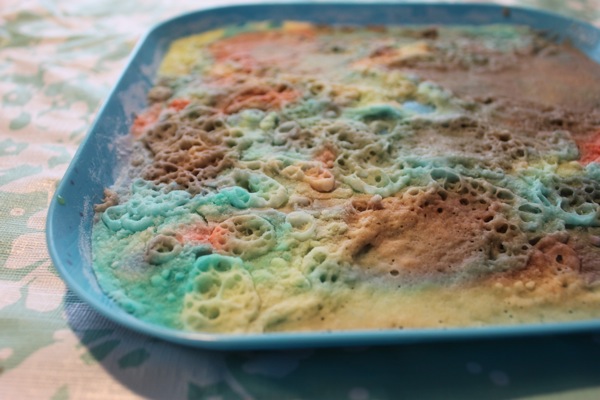 The end result was a tray covered in colourful craters and a little lady who would have done continued moon painting for the rest of the morning given the chance.

Here’s a little video of Grae hard at play:

And the best part about this activity? Because both vinegar and baking soda are very effective natural cleaners,  clean up is a breeze!  Who would have thought your little one’s art project would equal a newly-shined kitchen sink?