As we were playing with Gracen’s ever-growing magnet collection this morning, a little game we’ve not yet tried popped into mind… Magnet fishing! 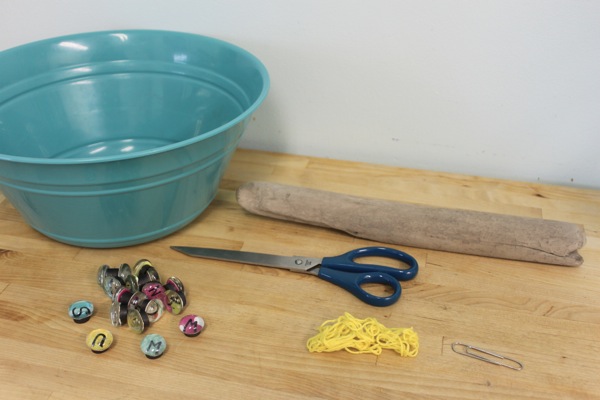 It was a breeze to set up. We gathered up a few materials we had around the house – a bowl, magnets, scissors, embroidery floss (any string would do), a large paperclip, and a piece of drift wood from Gracen’s beach sensory bin (a twig, chop stick, or popsicle stick could easily be used instead) –  and created a pond of magnet “fish” and a fishing rod. 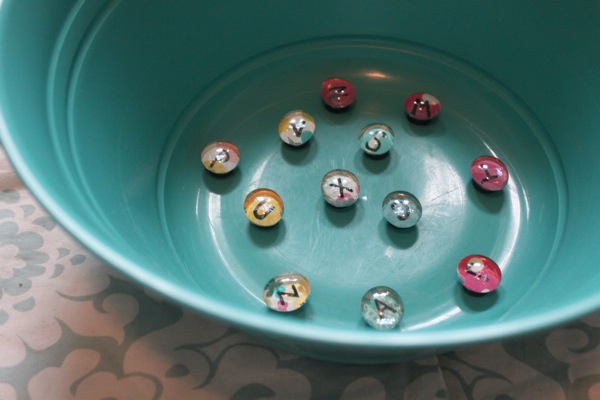 These alphabet magnets, made by Gracen’s Auntie Roz, worked well because they were very strong but still light enough to be picked up by the paperclip.  The only problem was that they were so strong that with a small bump of the bowl, they’d all cling together, making it hard to catch a “fish”.  We did try her Melissa and Doug wooden alphabet magnets, but because of their weight and weaker magnets, they couldn’t be picked up by the paperclip.  Ultimately, something in between the two would have been perfect (I’m thinking the plastic letter magnets may be the way to go). 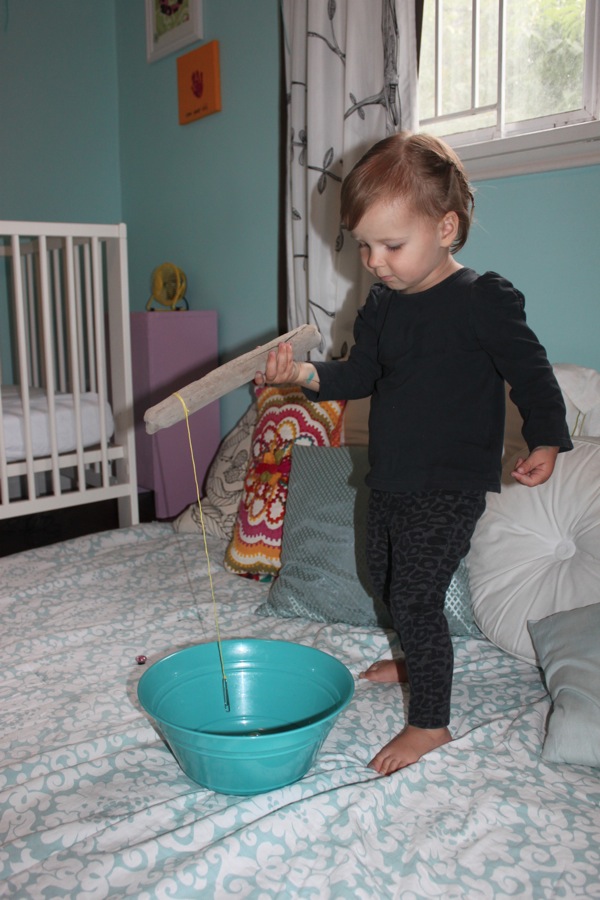 WIth our fishing rod built and our pond freshly-stocked with fish, we were ready to go. 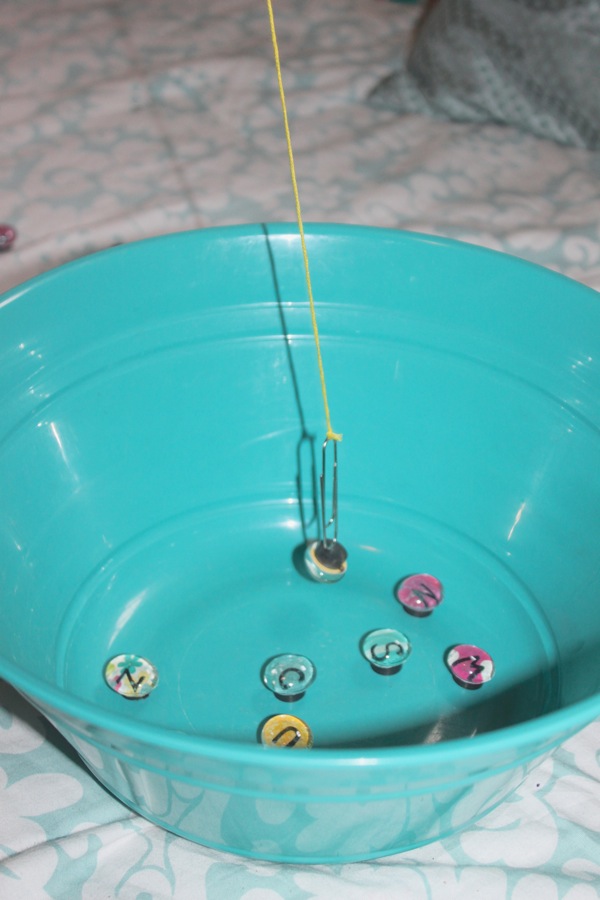 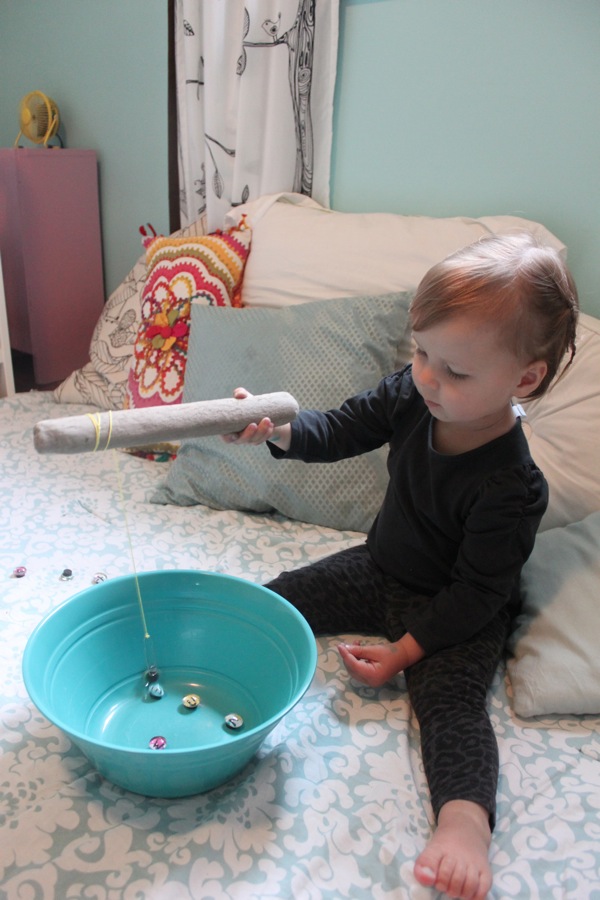 After she’d fished standing up for a while, she decided to try fishing while sitting down.  Looping the line around the rod a couple of times made this a much more manageable task. 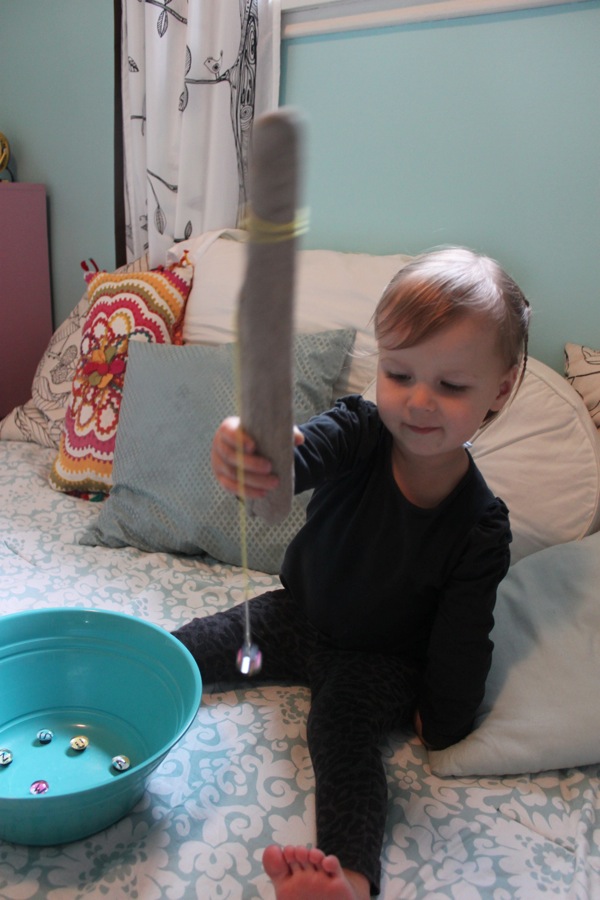 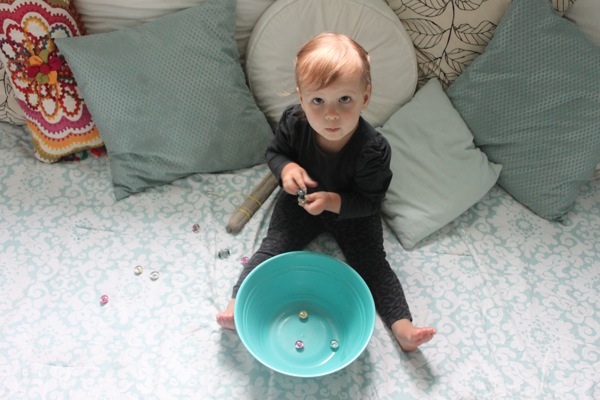 Gracen thought this activity was a lot of fun.  As she pulled the magnets out of the pond, she’d remove them from the paperclip, announce their colour (older kids could do colours and letters), and add them to her caught pile (often giving herself an enthusiastic clap afterwards). She enjoyed it so much, in fact, that she insisted that it stay in her room until her Papa returned home from work so she could show him.  And that’s exactly what she did.
Sometimes simple fun is the best kind.
♥