Each day that we’ve been here in the Okanagan, Grandma Charlotte has taken Gracen along on one of her daily walks with Bella, her two year old water spaniel.  Besides some quality Manmaw-Gracen time, the result has been Grae becoming much more comfortable around Bella, Bella becoming much more calm and trustworthy around Gracen, and this Mama {and Papa} having an hour of our day to do anything we like. (I must admit, living overseas for the first year of Grae’s life and now living 5 hours away from the nearest grandparent has not allowed us many of these opportunities, so at first I didn’t know what to do with myself… But I quickly realized that the time could be very well spent doing little crafty projects for Gracen’s second birthday party, which will be celebrating at the end of August. Yay for getting things done early!) 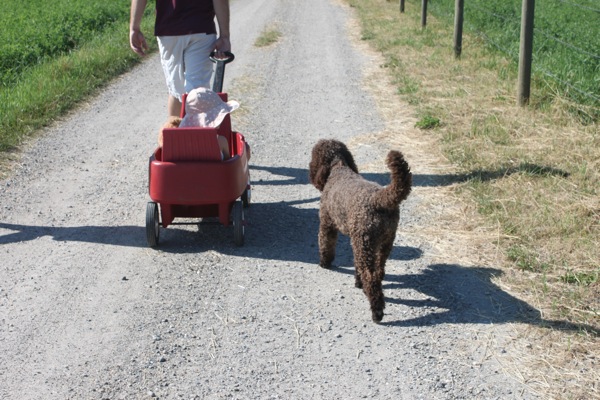 The other thing that’s come of these walks is the realization that there were several currant bushes bursting with berries down at the farm.  So this morning, rather than sending Gracen and GC on their way, we all headed down the narrow dirt road, pails in hand, with the goal of clearing the bushes and using the currants to make something yummy. 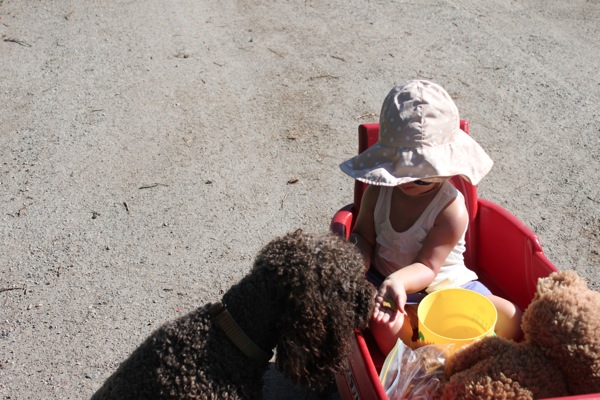 Of course, we had to stop part ways to allow Gracen to give Bella a treat.  During the past week, she’s become the official doler of puppy goodies and she takes the job very seriously. 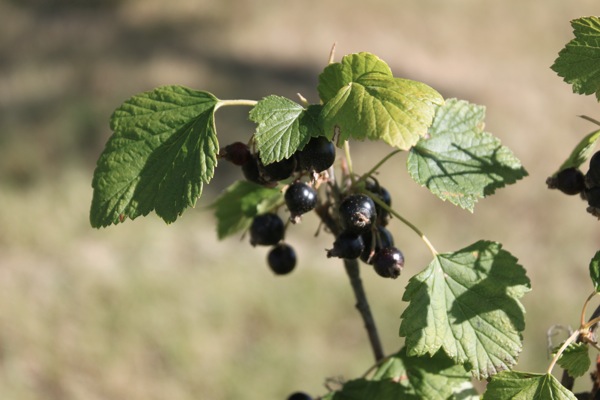 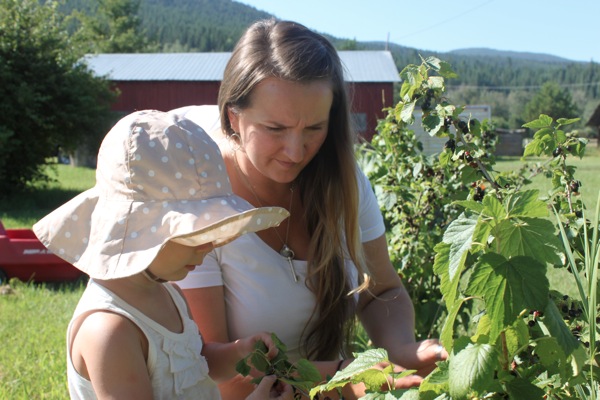 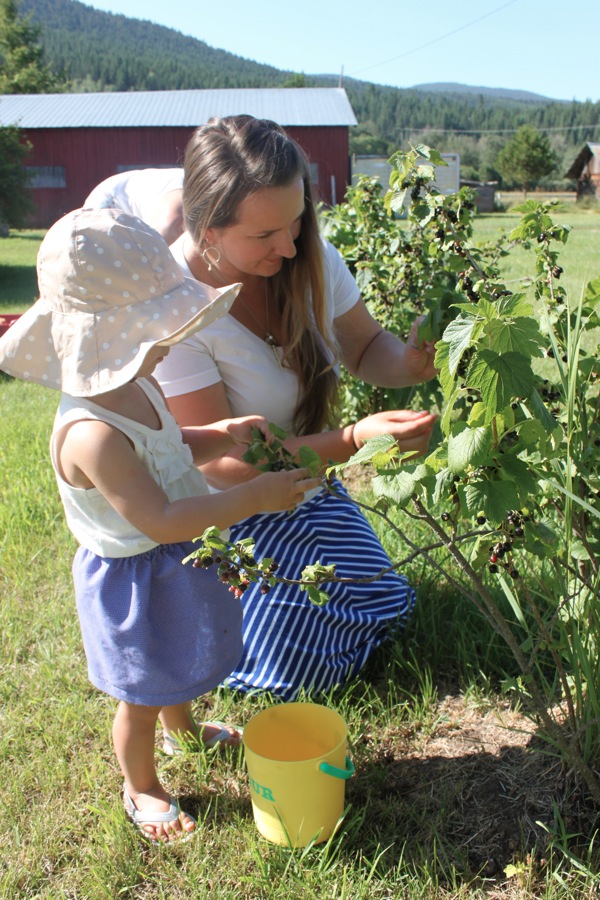 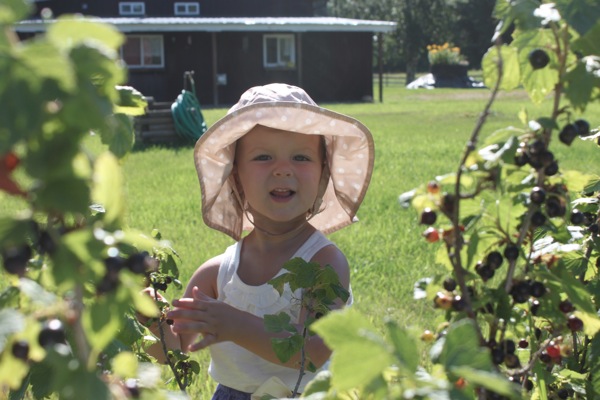 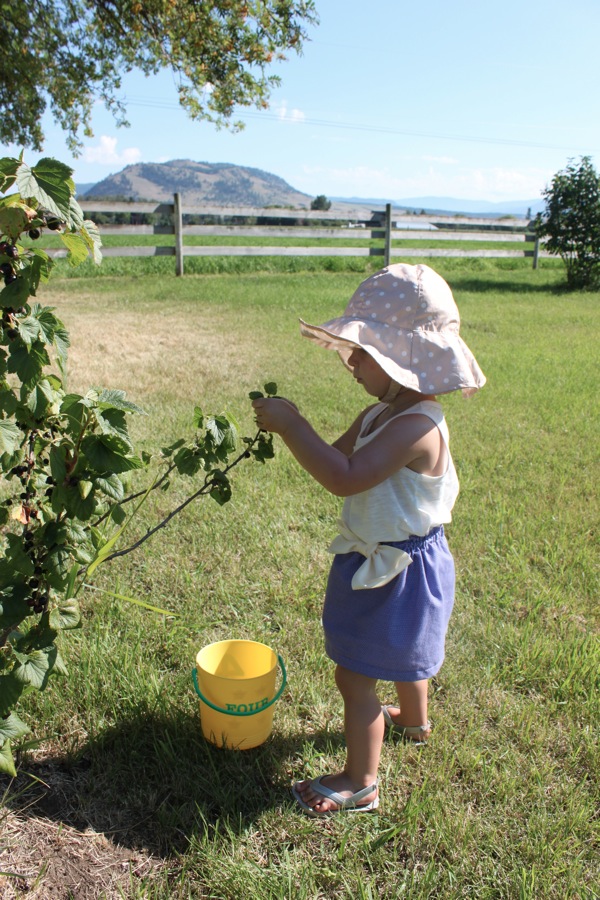 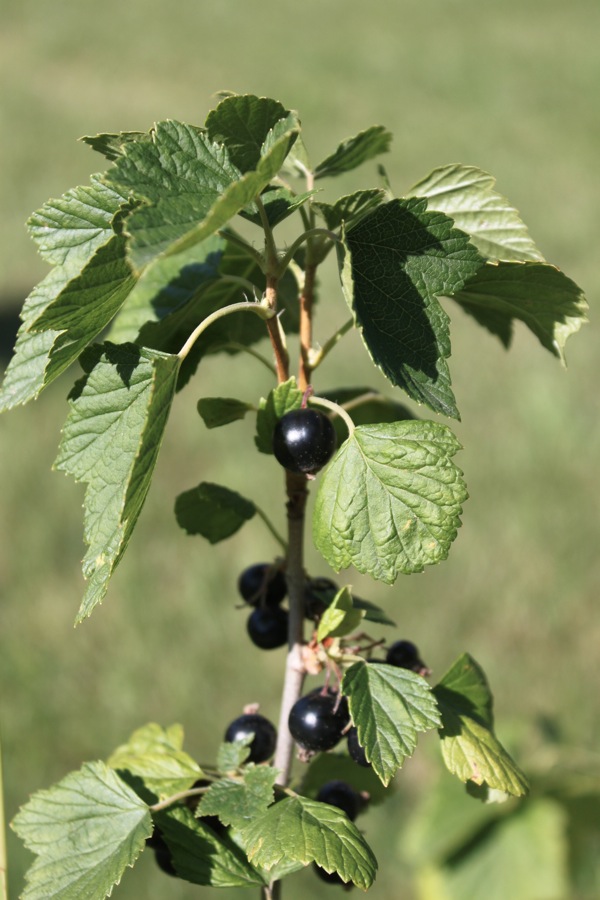 We arrived at the bushes to finding them bursting with tiny, dark berries.  While Papa whined pretty much the entire time (hi Babe! ☺) and even tried to sit in the grass and just watch us pick, Gracen loved picking berries.  She carefully plucked them off of the branches, gave them a sideways glance, and then popped them into her yellow bucket. 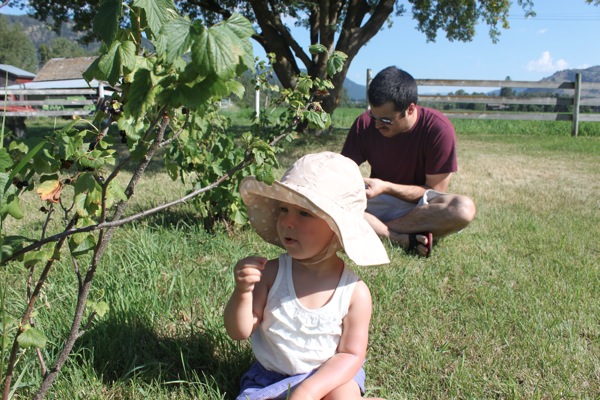 Of course, she made some time to sample them as well. 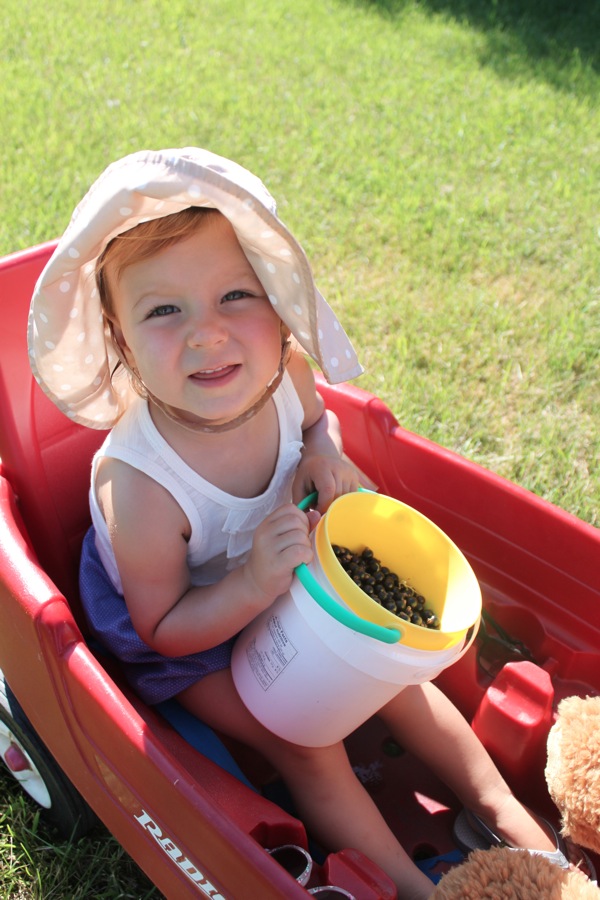 Before we knew it, the bushes were empty and we were on our way home with a bucket full of currants  and a plan to make my yummy baked berry oatmeal for breakfast the next day. 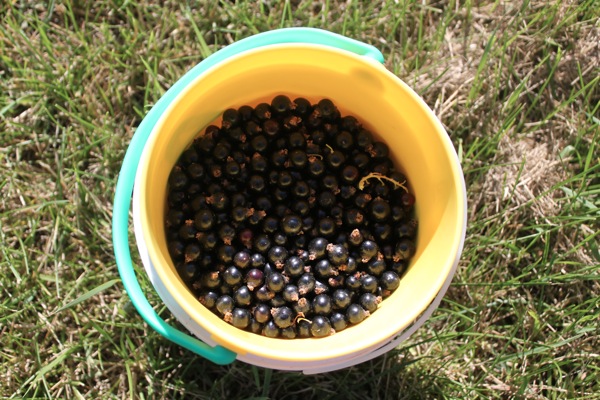