This morning Miss G and I decided to try making something new for breakfast…  Cookies!  Not the traditional kind, of course.  Healthy, hearty ones that fill you up and start your day off right.  And I’m glad to say that despite my nonchalant ‘Ah, sure we’ll throw that in too’ attitude, they turned out pretty well. 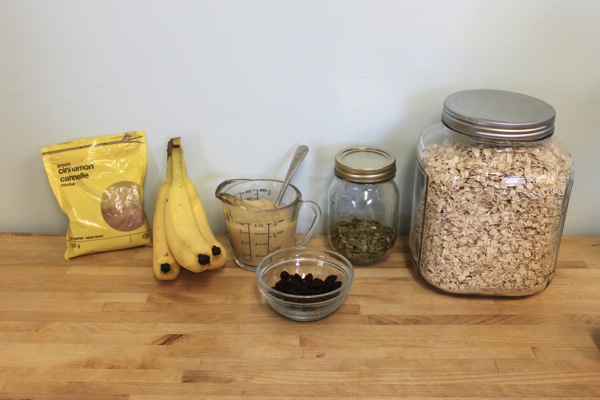 Here’s our line up of ingredients… Old-fashioned oats, pumpkin seeds, raisins, ‘just apples’ applesauce (we just used the store bought stuff this time around, but homemade would of course be better), ripe bananas, cinnamon, and organic coconut oil and vanilla (which somehow didn’t make it into the photo…) 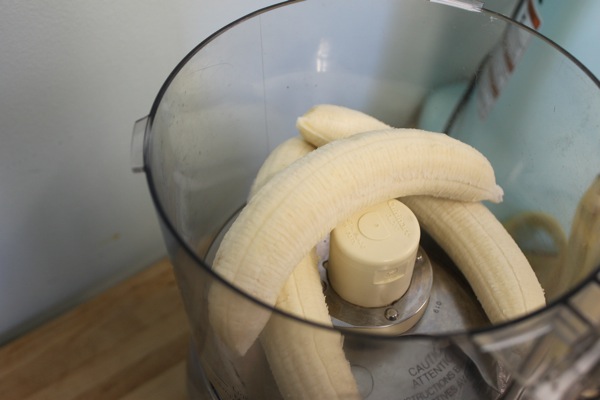 To start, my mini sous chef peeled our bananas and popped them into the food processor. 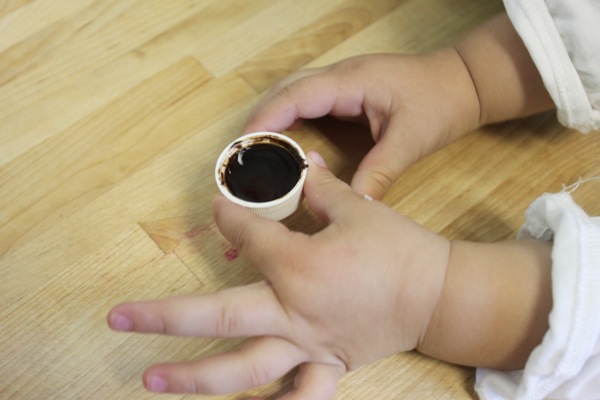 Then she added a capful of pure vanilla… 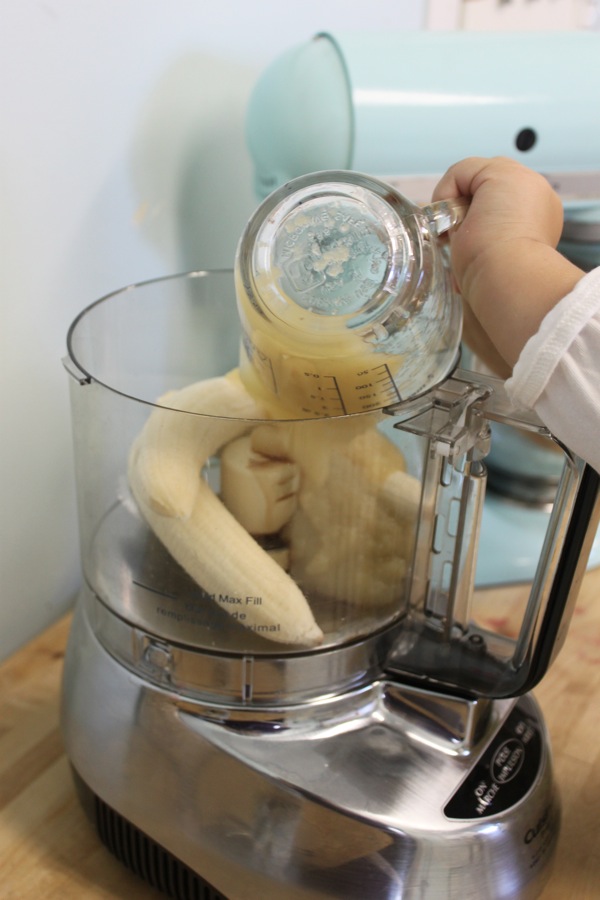 A generous amount of applesauce… 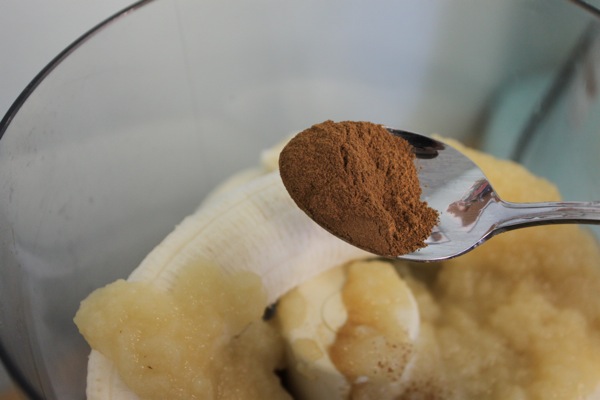 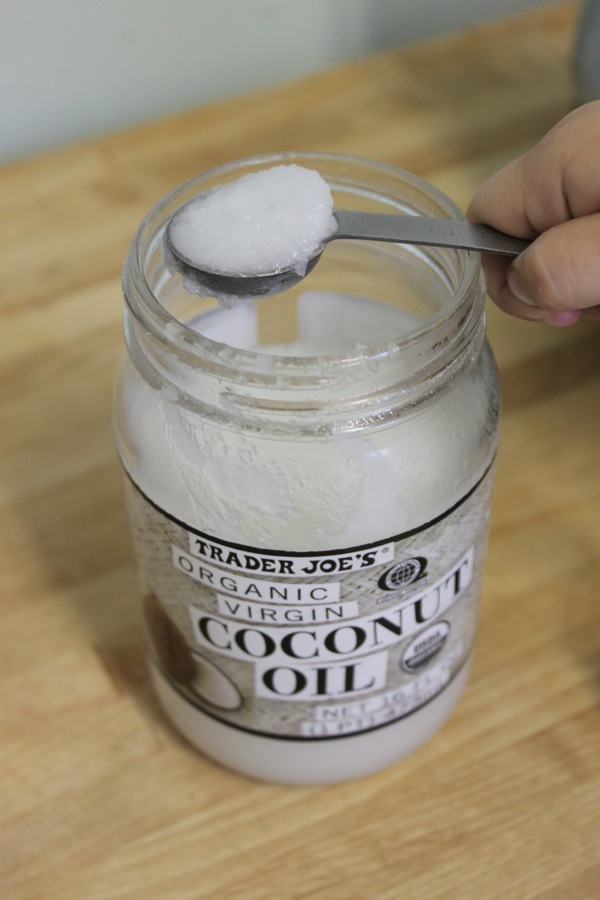 And a dollop of coconut oil. 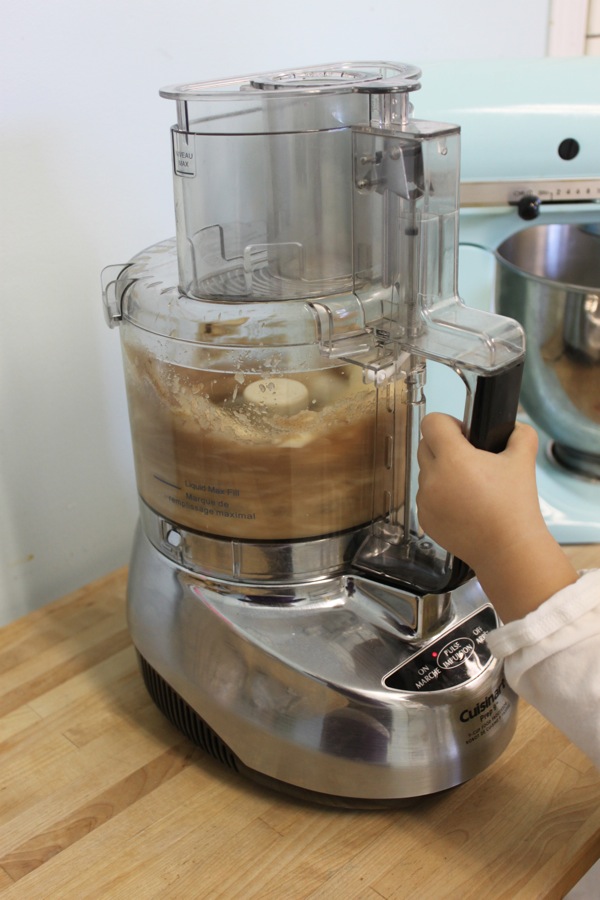 Then we blended everything up until it was mostly smooth, with just a few little chunks. 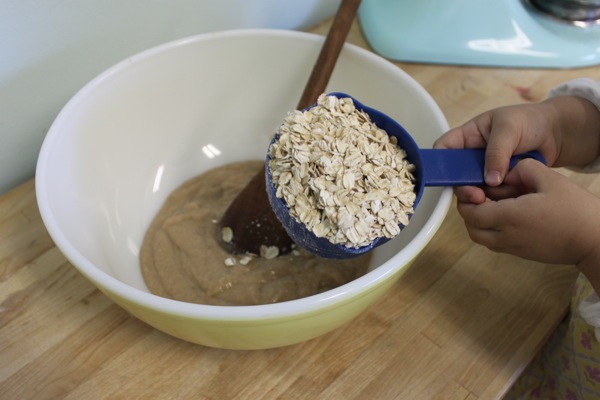 With our wet mixture transferred into a large mixing bowl, Grae added some organic old-fashioned oats… 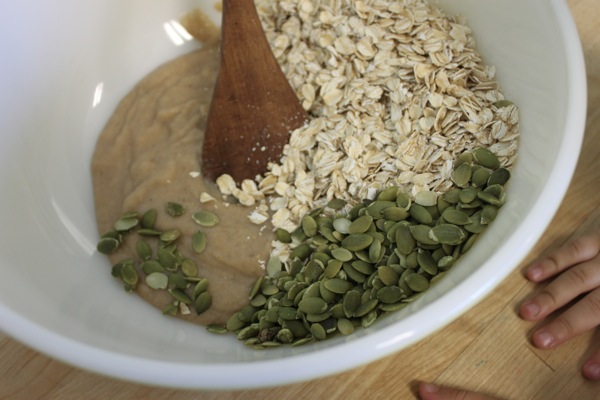 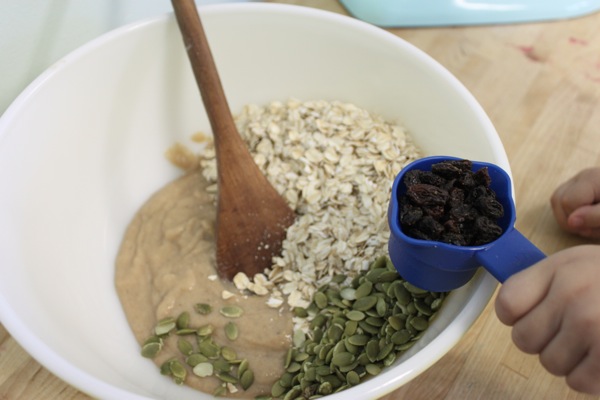 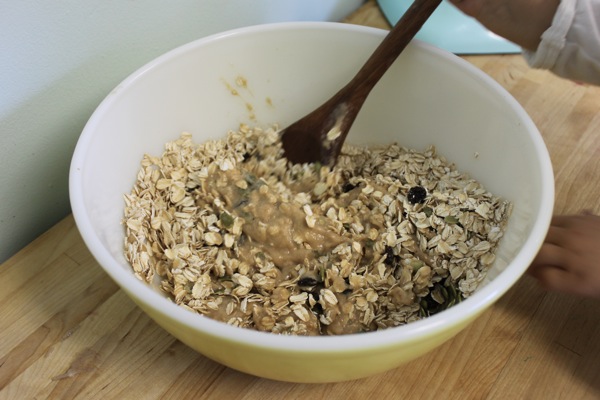 And gave everything a good stir. 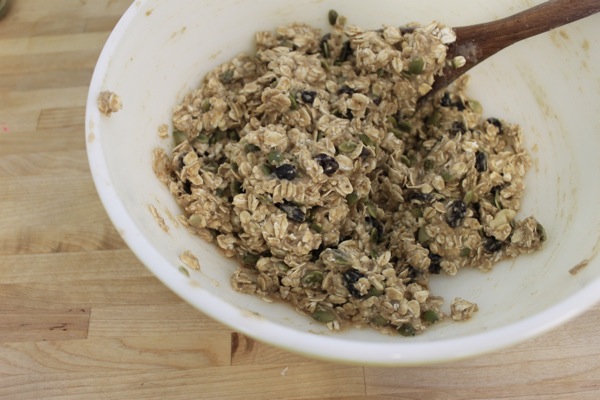 The result was oats that were completely coated in the banana/applesauce mixture, but not ‘wet’ or batter-y (if that makes any sense). 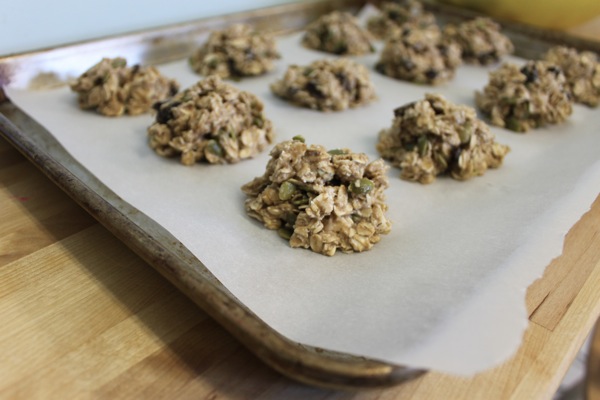 We then dropped large spoonfuls of the mixture onto a parchment-lined baking sheet, using the back of the spoon to shape them into little mounds, and popped them into the oven. 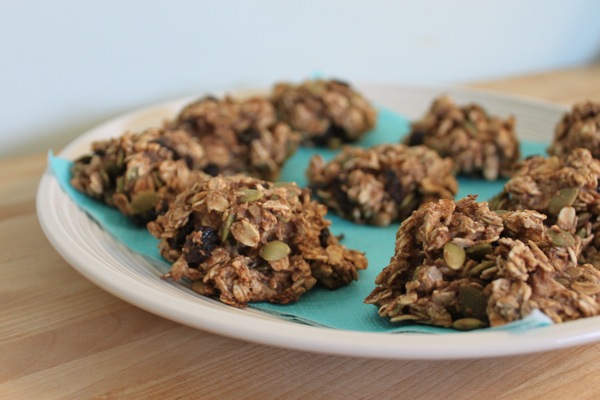 Fifteen minutes later, out came these soft, moist little oatmeal mounds.  Now… Do they taste like a real cookie?  No.  Do they taste like a healthy bowl of cinnamon oatmeal compacted into a portable little serving? Yes!  And the best part is that they’re not at all crumbly. To the point where I let Grae snack on these while in the Ergo on our recent house hunting adventures because I knew they wouldn’t crumble all over our potential landlords’ floors… Win!

(recipe loosely based on this one from irocksowhat)

Preheat the oven to 350 degrees.

Add the wet ingredients (plus cinnamon) to a food processor (or good blender) and mix well. Pour the contents into a large mixing bowl and add dry ingredients.  Mix until everything is evenly coated.

Drop spoonfuls of the mixture onto a parchment-lined baking sheet, using the back of a spoon to form them into mounds.  Bake for 15 minutes and allow a couple of minutes to cool.  Store in an airtight container on the counter for a few days, or pop them in the freezer and defrost as needed.