After seeing how Lindsay from The Little Red Horse turned my felt board DIY into an awesome birthday gift (check it out here), I decided to *borrow* her idea and whip up something similar for one of Grae’s little friends whose party we attended this weekend. (Thank you, Lindsay!)

I liked the idea of  a creating a colour matching game, but wanted to try something different than ice cream cones this time around… Something a little more October birthday-ish, so cupcakes it was! 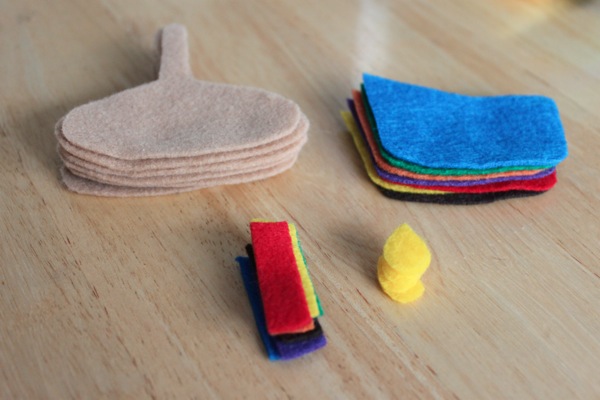 All I did was cut out cupcake tops (with a candle attached for gluing purposes), cupcake liners and candles in coordinating colours, and little yellow flames. 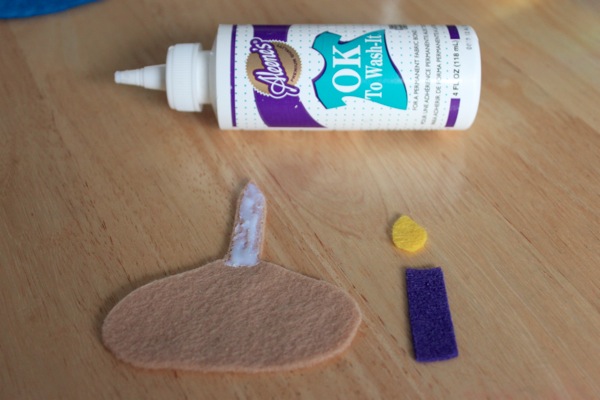 Then, using Aleene’s OK To Wash-It glue, I attached the coloured candles and flames to the cupcake tops. 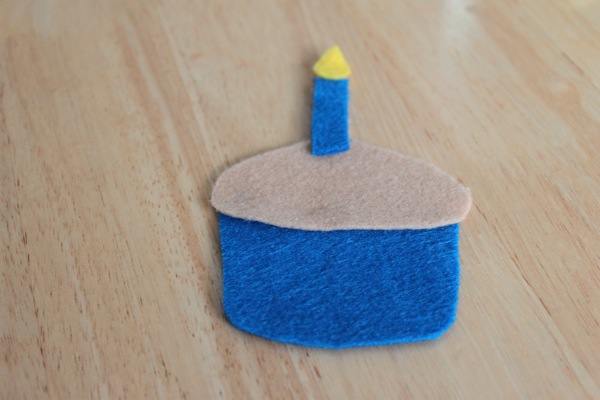 Voila! An easy little felt board game that allows munchkins to practice colour matching by pairing up the tops and bottoms of the cupcakes.

Sadly, I didn’t take a photo of the finished product, but the felt board looked exactly like Gracen’s, said “HAPPY BIRTHDAY” across the top, had two of the felt cupcakes in the middle (because the little boy was turning two) and said “JACKSON” (the little boy’s name) across the bottom.  We also included the rest of the alphabet, the other cupcakes, and a jack-o-lantern face designing game each in a little bag separately.

Gracen loves her felt board, so she was very proud to give one to her little friend come party time. ☺