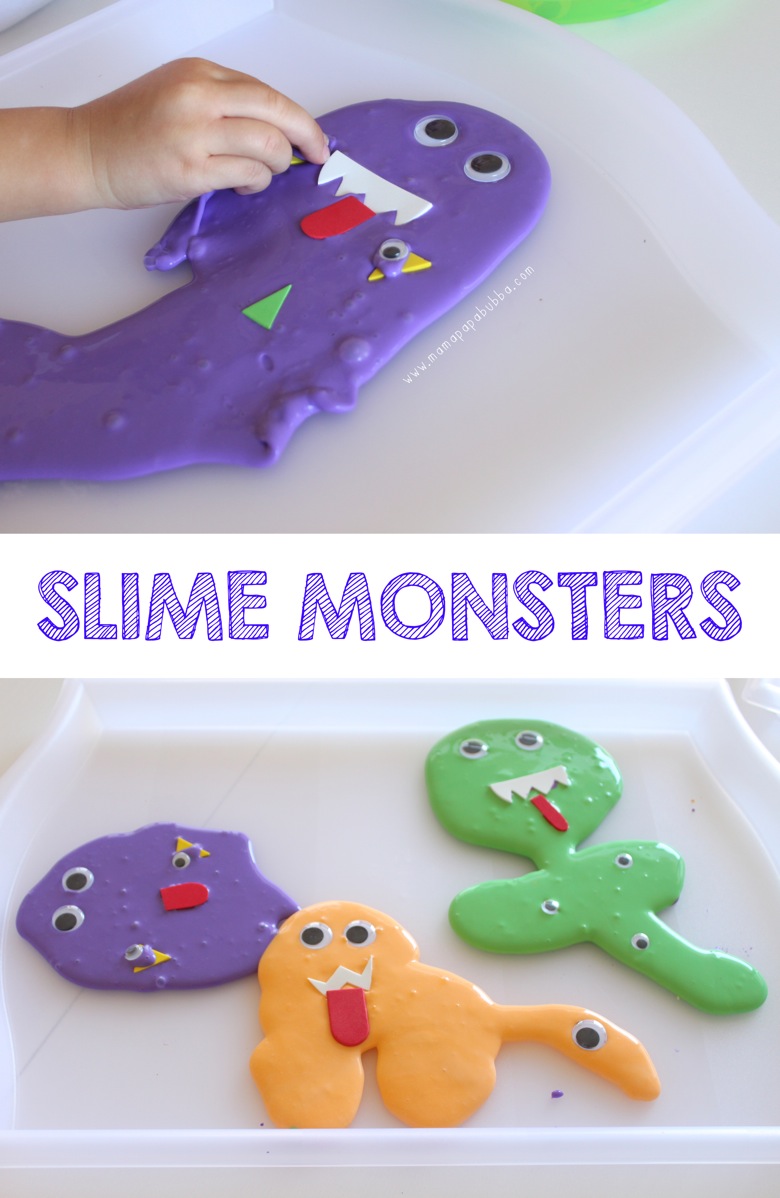 As I was looking back at some of the fun things we did last October, I came across our Franken-SLIME Halloween favours.  It’s been a long time since we whipped up a new batch of slime and we adore playing with it, so today was the day!  While I did think about making green slime and adding some loose parts to stick with the Franken-slime theme, I changed my mind part way through and decided that we’d do several Halloween-ish colours of slime paired with googly eyes and foam parts in order to create slime monsters!   …Oh my goodness, am I ever glad I did because Gracen just loved it. 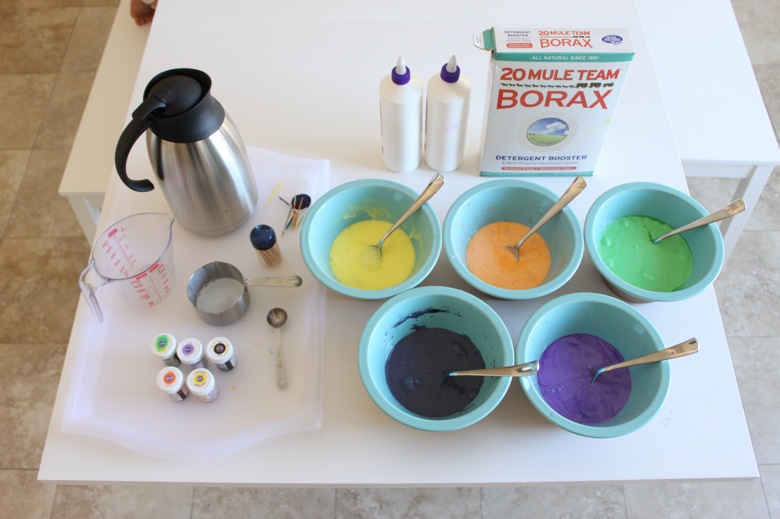 Here’s a peek at our slime making in progress…  Like usual, I stuck to the glue and Borax method, making small batches of 5 different colours – yellow, orange, green, black, and purple. 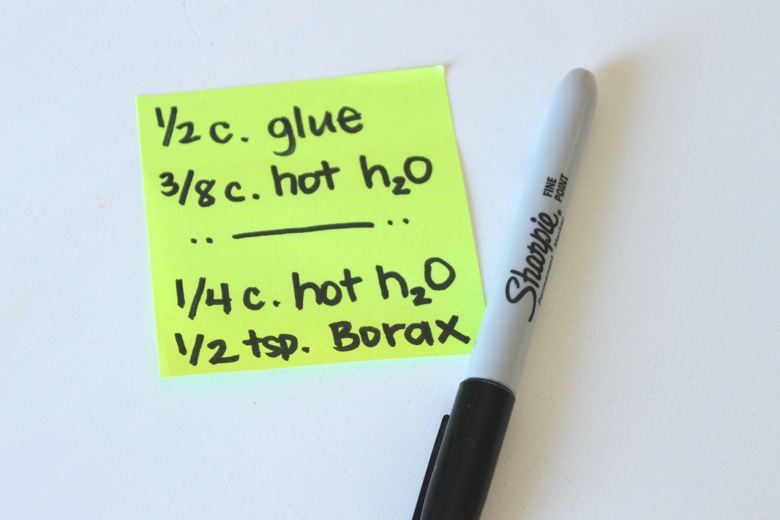 In order to get a slightly firmer slime {something between slime and silly putty, I’d say} I mixed the top two ingredients of this recipe in a bowl with our colouring of choice, mixed the bottom two ingredients in a large measuring cup, and then mixed the two together. 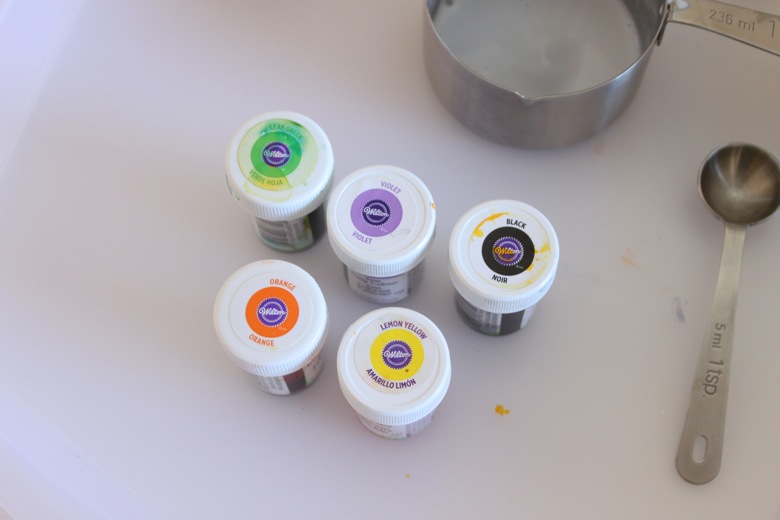 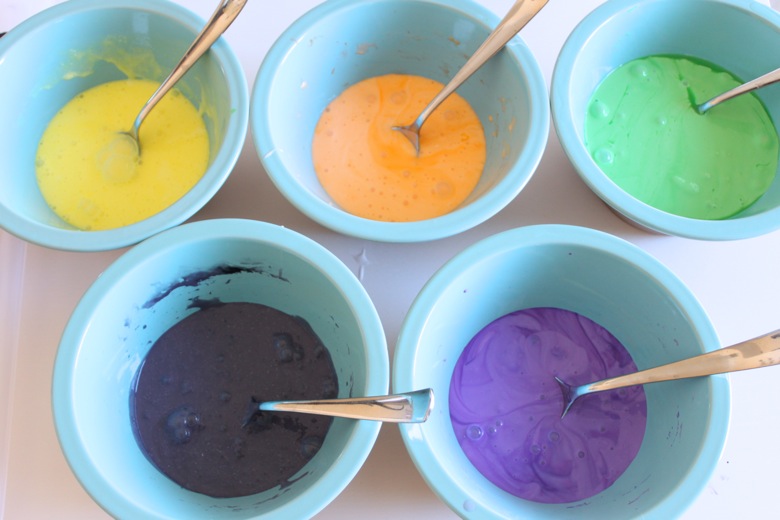 Thanks to our trusty Wilton gel food colourings, our slime turned out vibrant – just how I had imagined it. 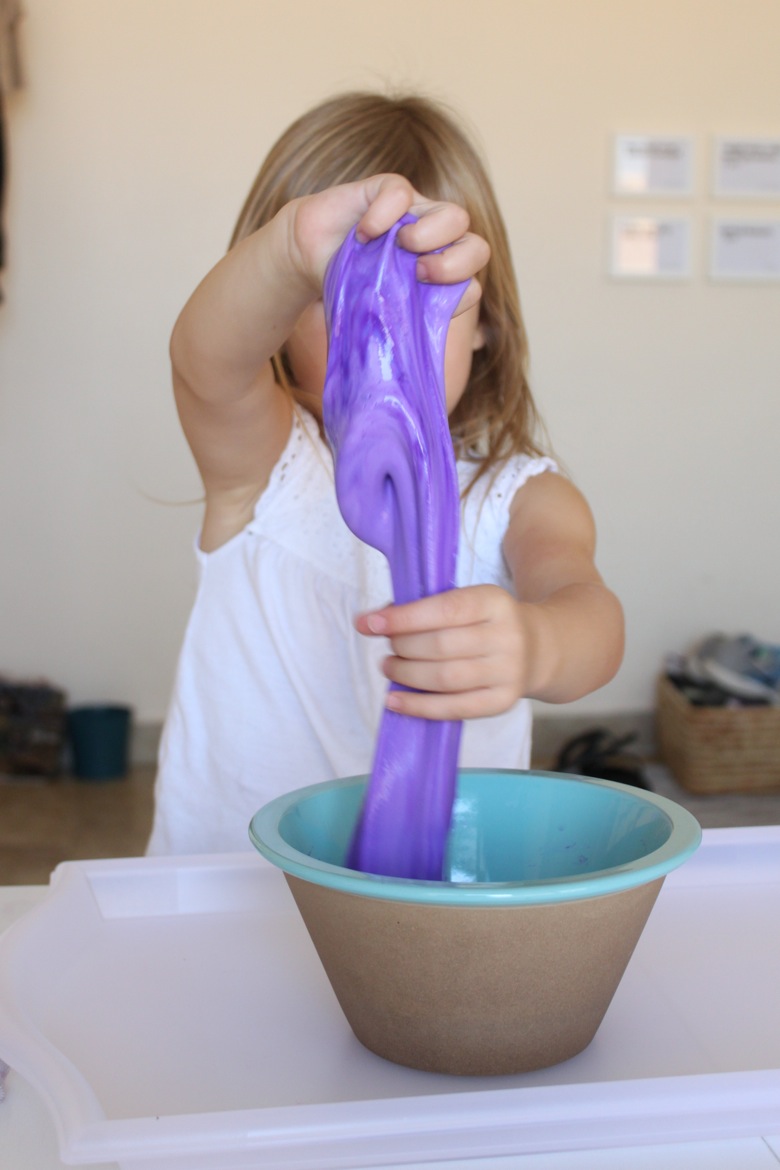 Of course Miss G was itching to get her hands on it as soon as it was done, so I gave her a big plastic tray, the bowl of purple slime, and let her dig in. 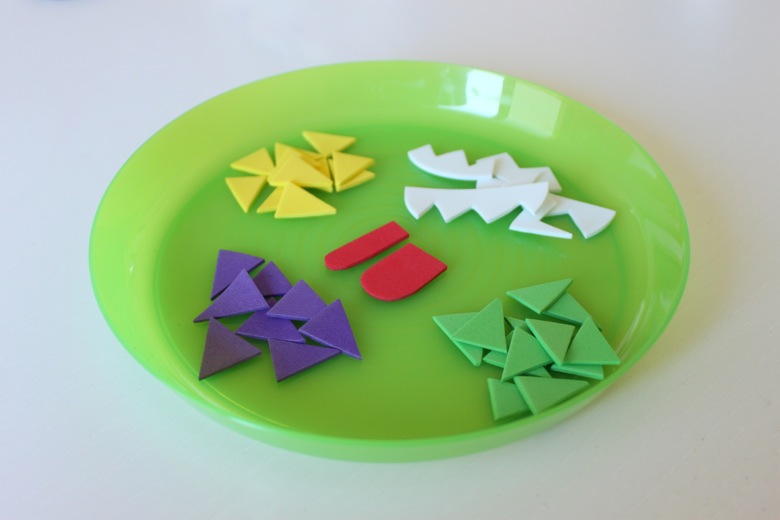 While she happily stretched, pulled, and played with her purple slime, I cut out some very simple shapes from craft foam.  You could cut out any shapes you’d like, of course, but I went with spikes, tongues, and teeth. 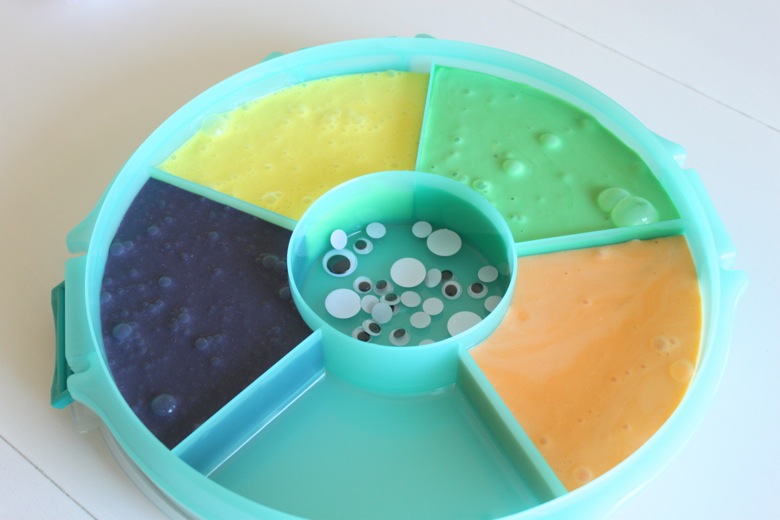 I then placed the slime, along with some googly eyes, into one of our very favourite divided trays {very similar to this one – these are the best because they come with an air-tight lid and work for post-play storage too} and gave everything to Grae. 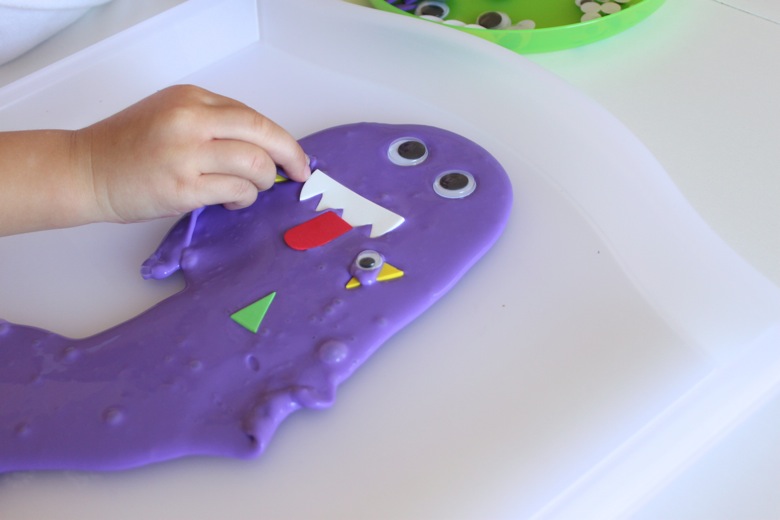 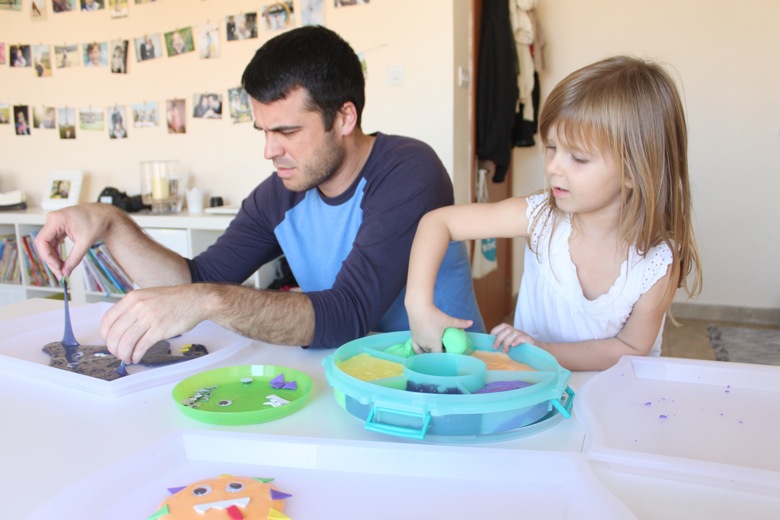 And her Papa even joined in the fun too {though I promise he was having more fun than it appears in this photo}.  ☺ 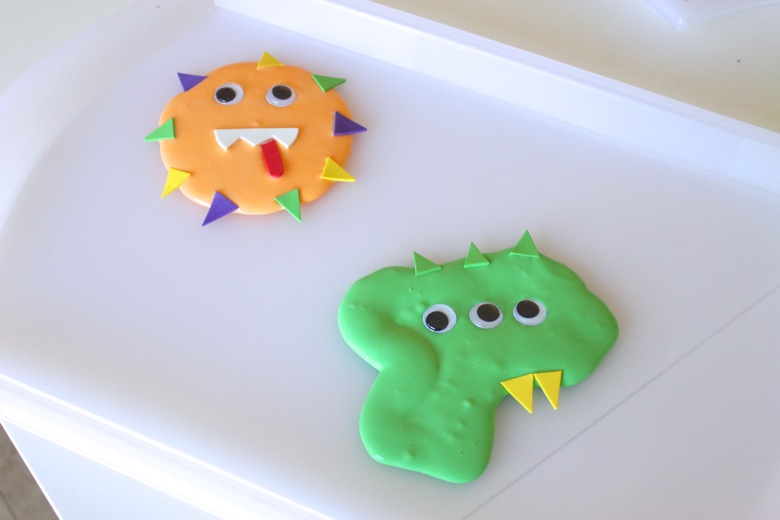 I may have joined in the fun too! 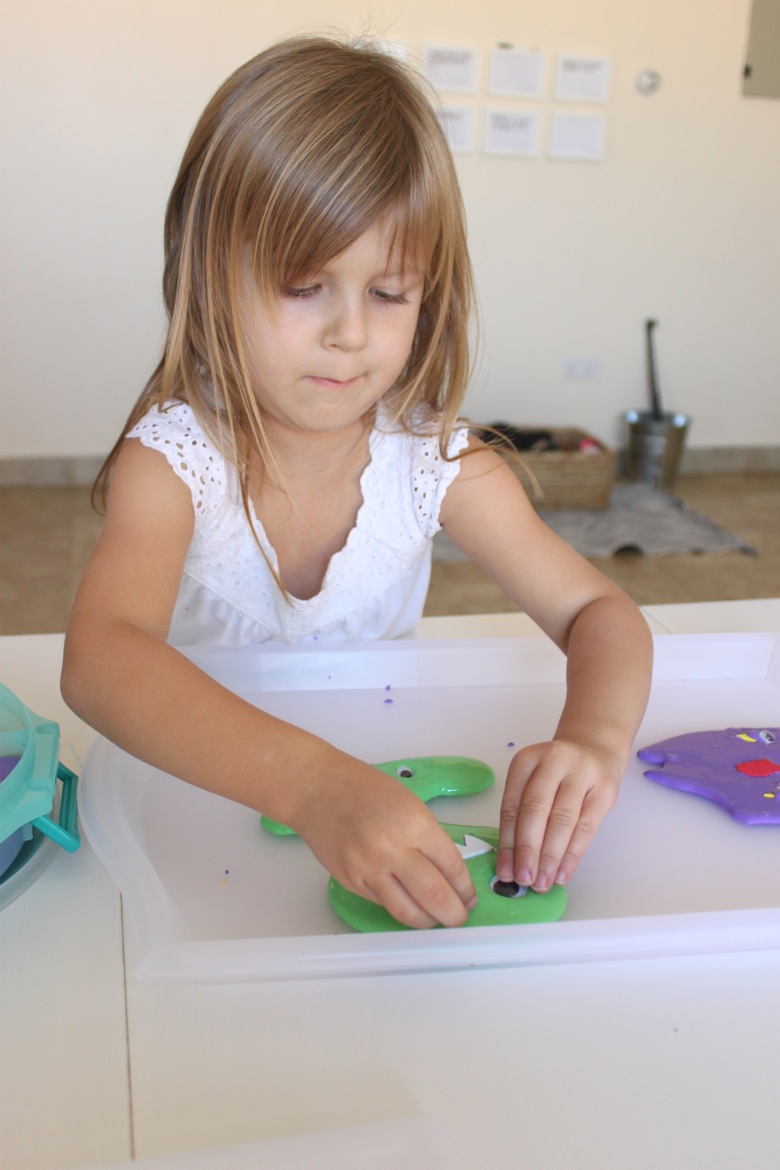 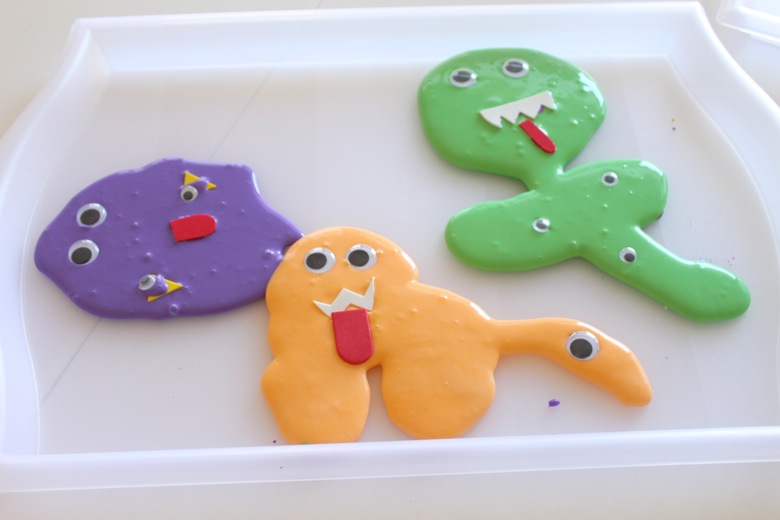 While I sort of imagine all of our monsters beginning as basic blobs, Miss G had all kinds of fun ideas. 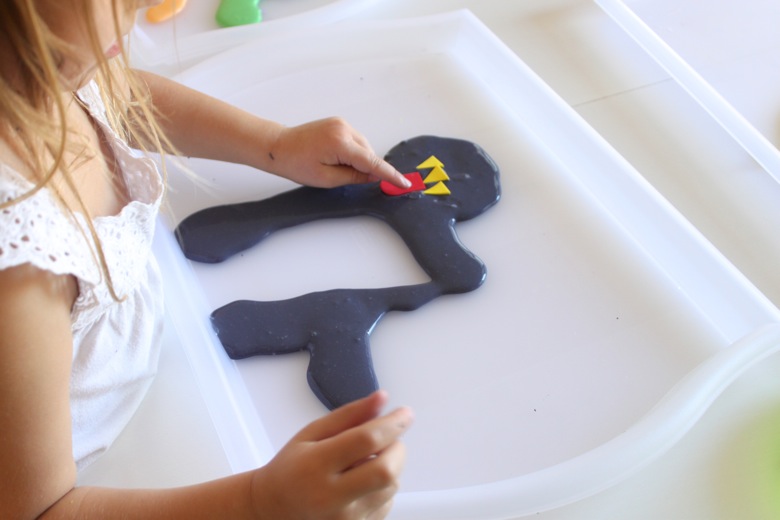 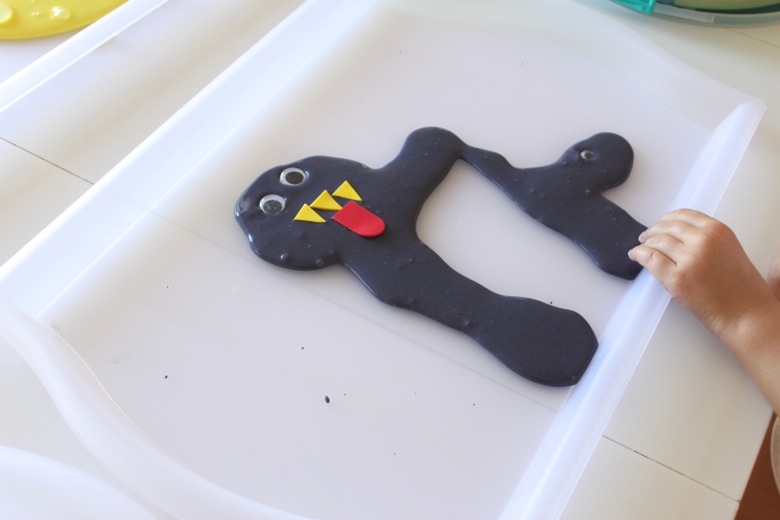 This one was probably my favourite of the bunch.  Isn’t he cute?! 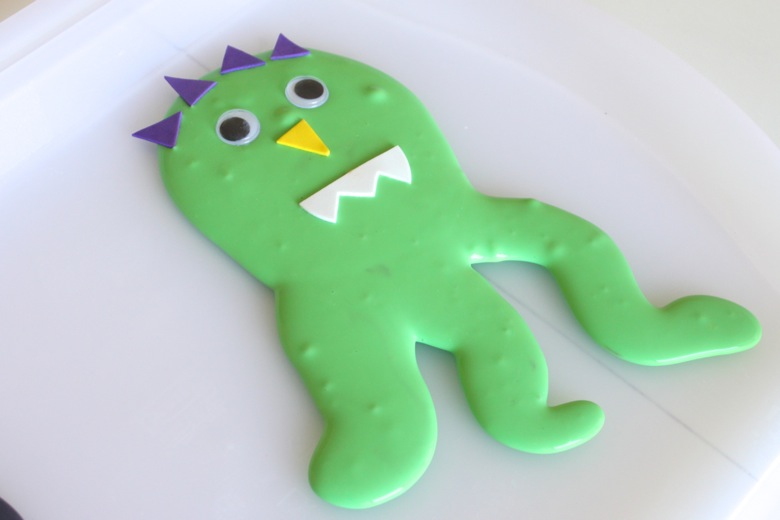 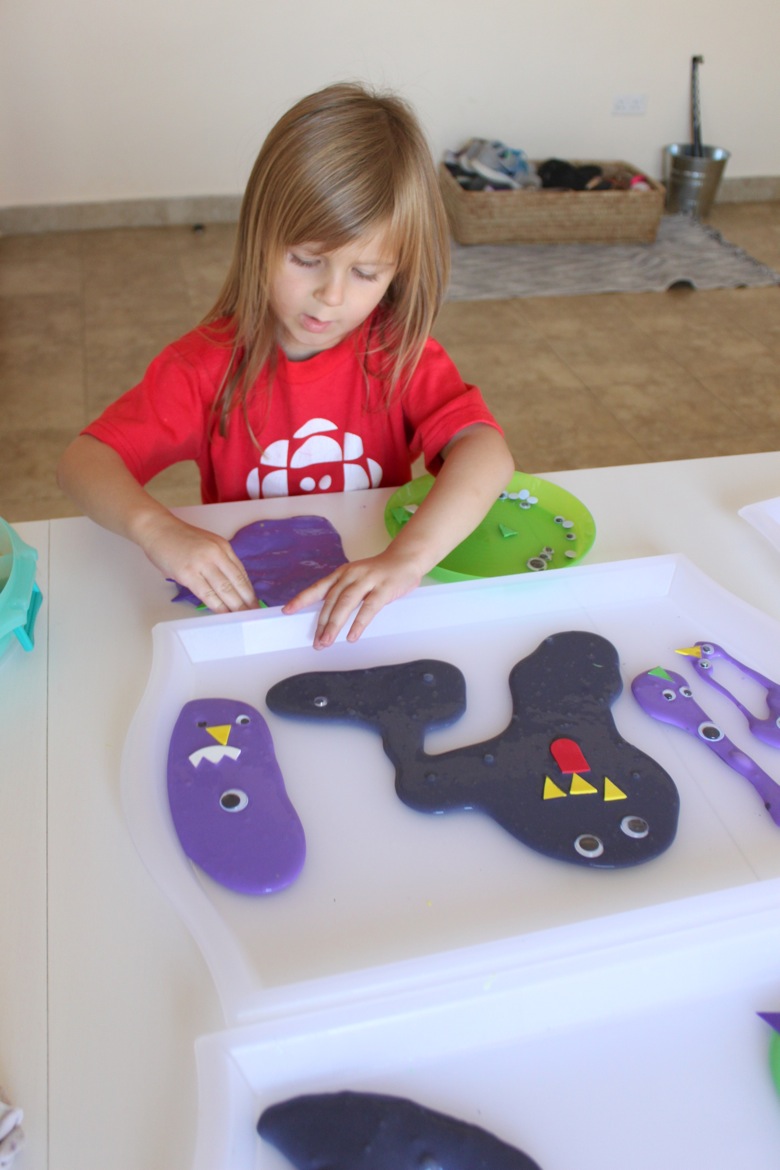 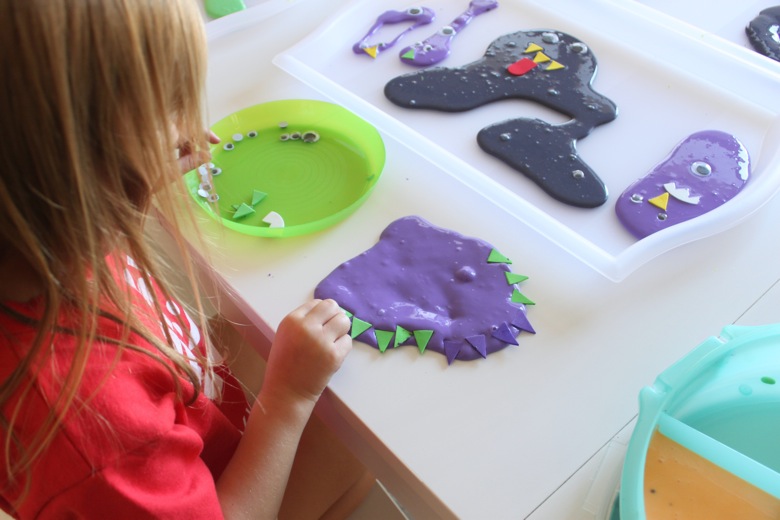 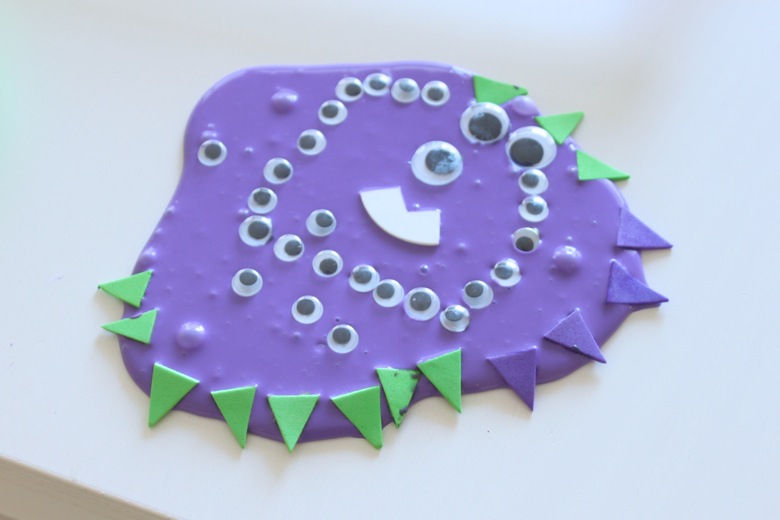 The fun continued for a good part of our afternoon… 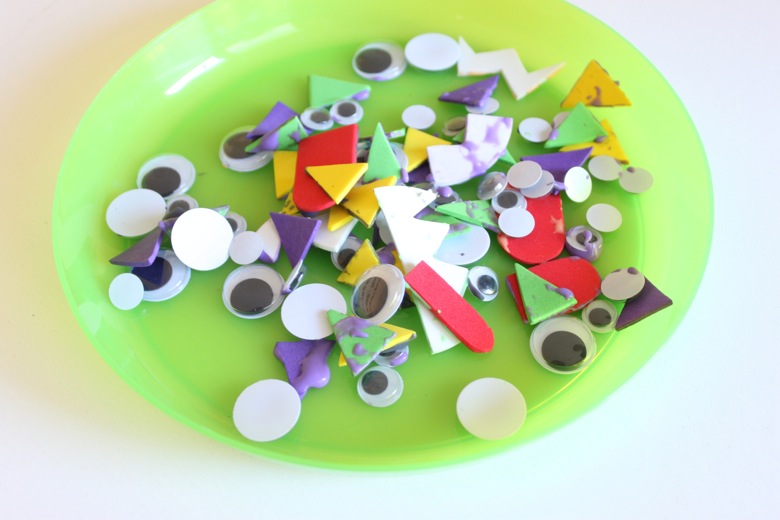 And when we were done, we simply plucked the loose parts out of the slime {a great fine motor skill workout in itself} and gave them a quick vinegar rinse to completely de-slime them {that tip courtesy of the Slime Queen herself, Asia of Fun at Home with Kids – be sure to check out her slime troubleshooting guide if your slime doesn’t turn out as well as you want it to}. 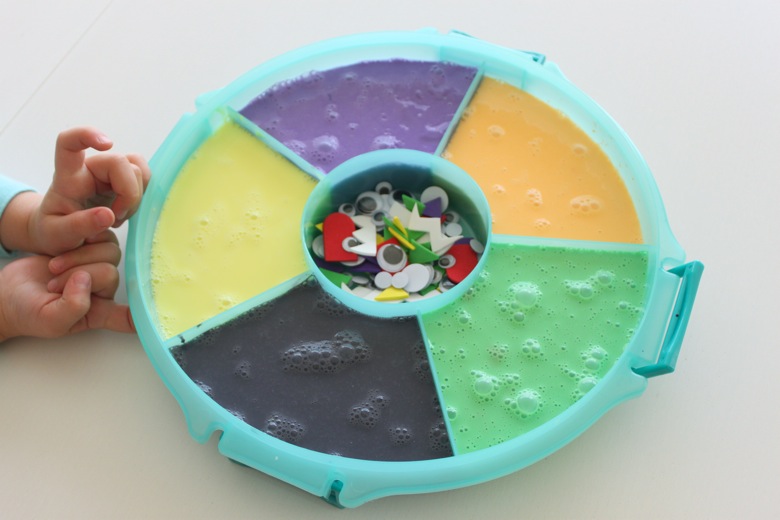 Then we placed everything back into our container so that it’s ready for next time, which probably won’t be long from now as Miss G has plans to invite her friends from downstairs up to create slime monsters with us very soon!