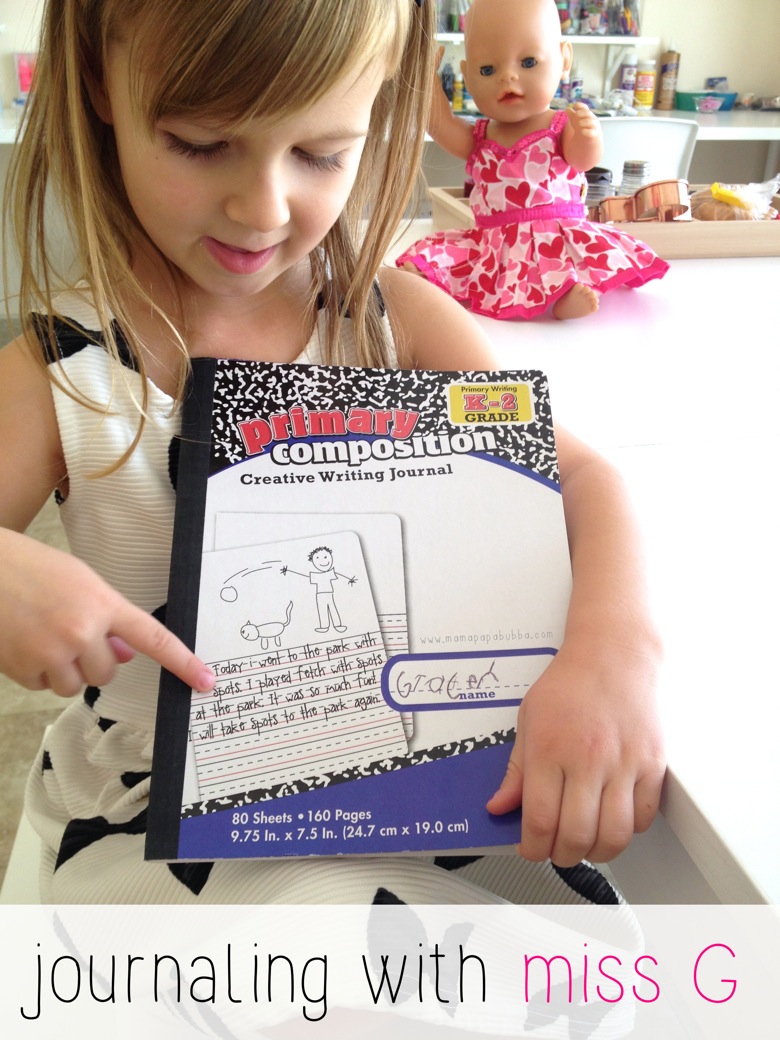 Since returning back to the desert, Gracen and I have taken up journaling together, and I’ve got to say – it’s pretty much my favourite thing EVER.    And the best part?  I’m fairly certain that she loves it just as much as I do. 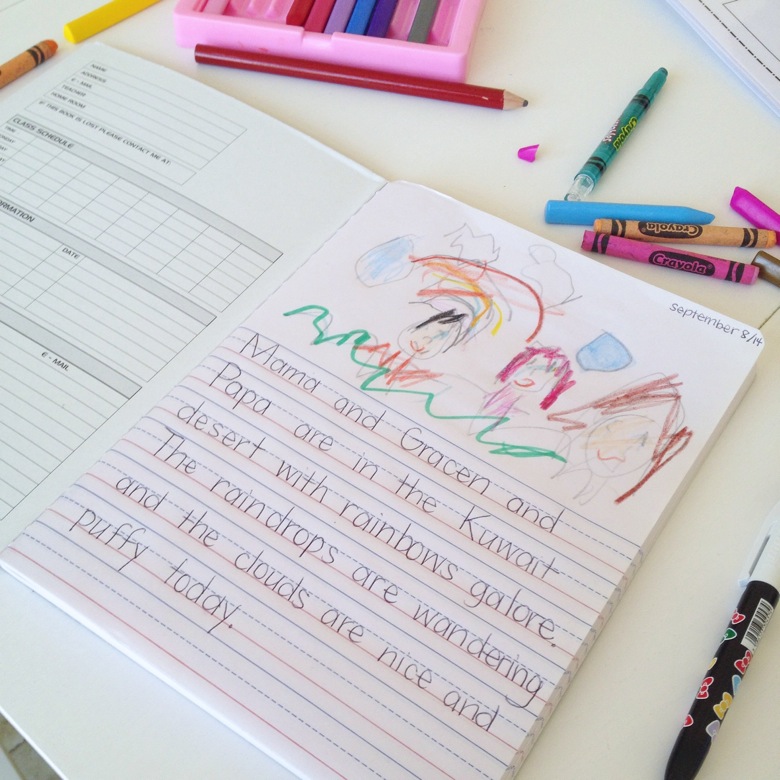 Here’s her very first journal entry ever, done almost a month ago now.  Can we just talk about the fact that there are rainbows ‘GALORE’ and the raindrops are ‘WANDERING’?!  Bahahaha!  Her words, not mine. Gosh, I love this kid.  {Not to mention the super cool hairdo I’m sporting in her illustration.} 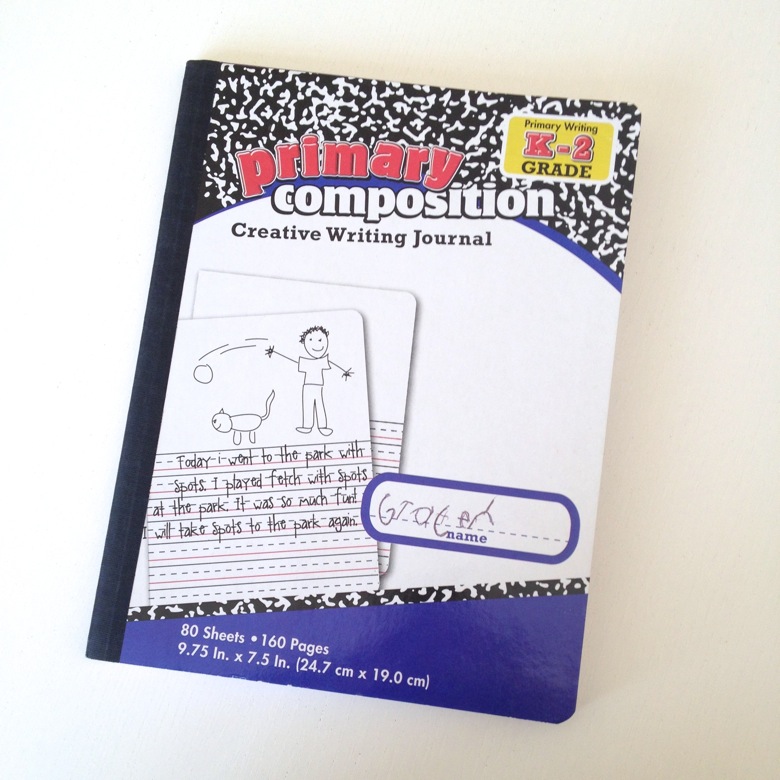 This whole thing started at the end of the summer when Grae suddenly became very interested in story writing and book making.  Knowing that this interest would most likely carry on, I picked up a primary writing journal and tucked it into my suitcase for future use.  Sure enough, on the long journey back to Kuwait, she spent the majority of our second flight drawing interesting pictures and having me scribe sentences and stories to go with them. 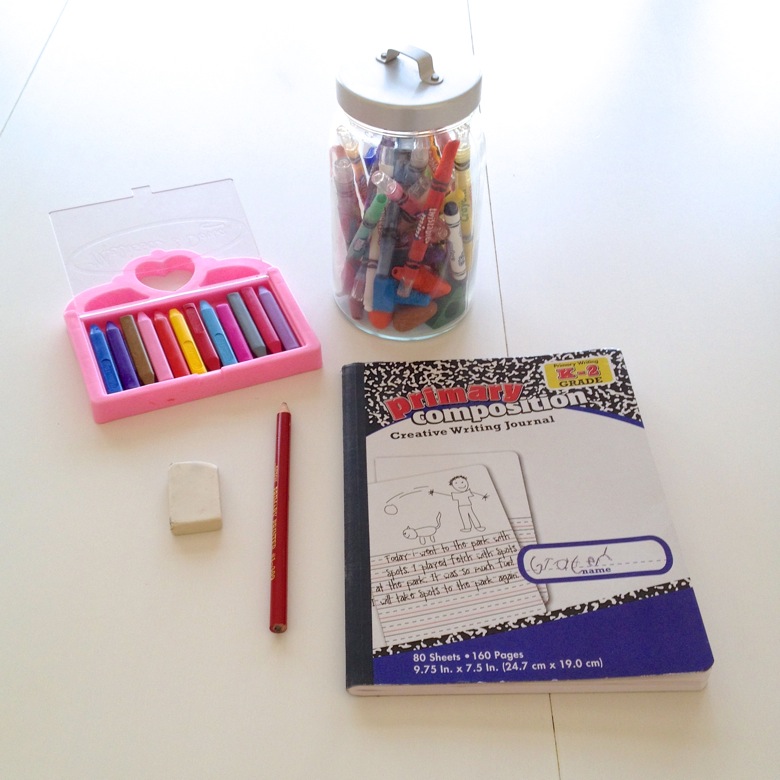 Grae was SO excited when I first showed her her new journal.  Like unreasonably exited. And though the initial novelty has worn off a tiny bit, she’s pretty much always excited when she sees this set-up out and waiting for us. 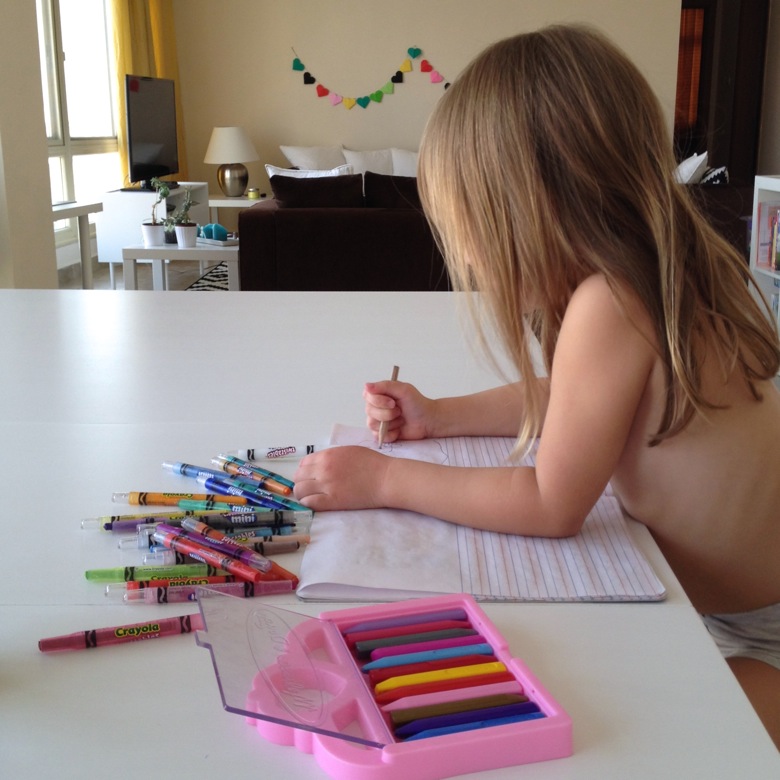 To get us started, she draws a picture of some sort.  I encourage her to draw anything at all – whatever comes to mind that day, while thinking about what sort of story the illustration tells.  Afterwards, she gives me an overview of what’s happening in the illustration before we settle in to write her story.  For the writing part, she tells the story while I act as a scribe.  I write slowly so she can see my letter formation and spacing, as well as help me spell some of the words.  For simple words, I model breaking them down into individual sounds.  She offers me her letter suggestions and can more often than not spell the words on her own after hearing each sound part.  I record her story exactly as she says it, and read what we have back to her whenever she requests I do so.  Once she deems the story done, we normally colour the picture together just for fun. 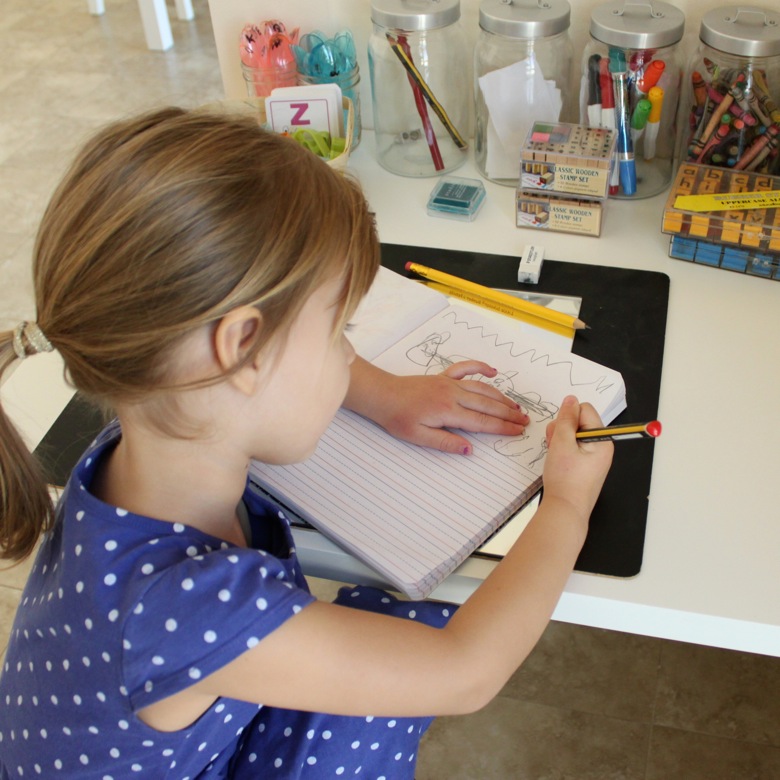 More often than not, we sit at the kitchen table to do our journaling, but we also often find ourselves at her literacy table, which really is the perfect spot. 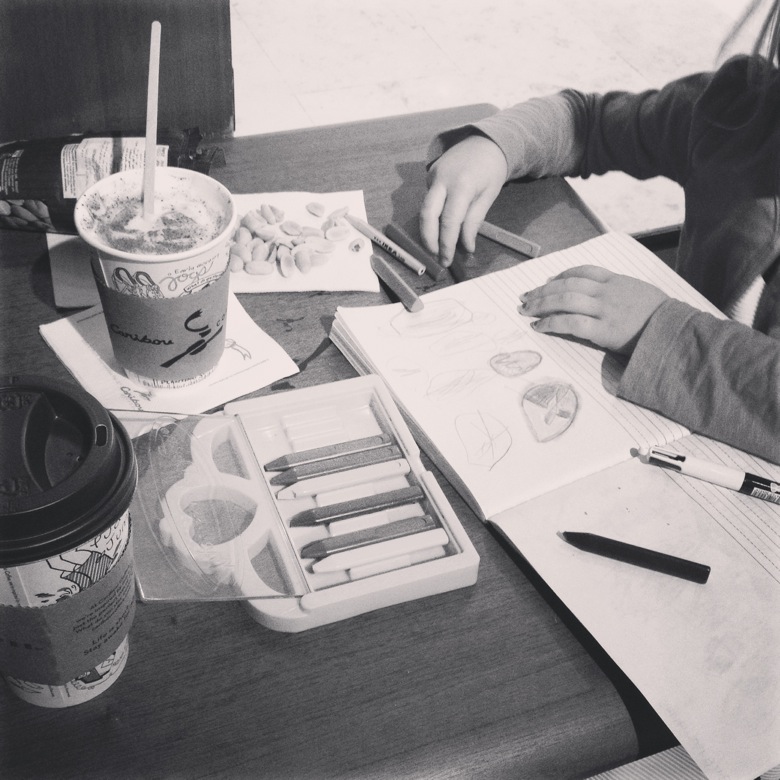 We have been known to take our journaling supplies with us to coffee shops and doctor appointments in the past too. ☺

Here are some of her journal entries to date… 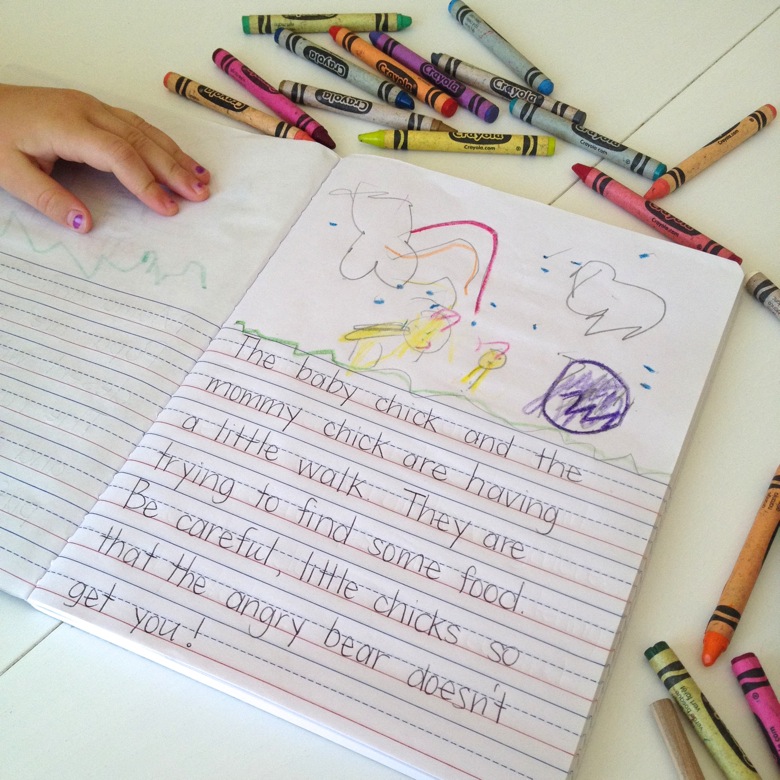 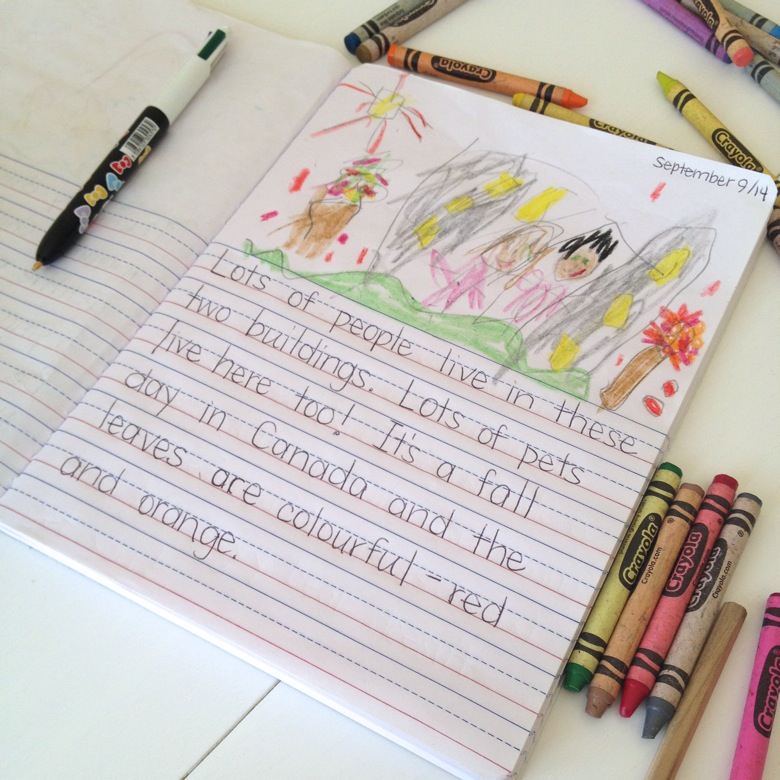 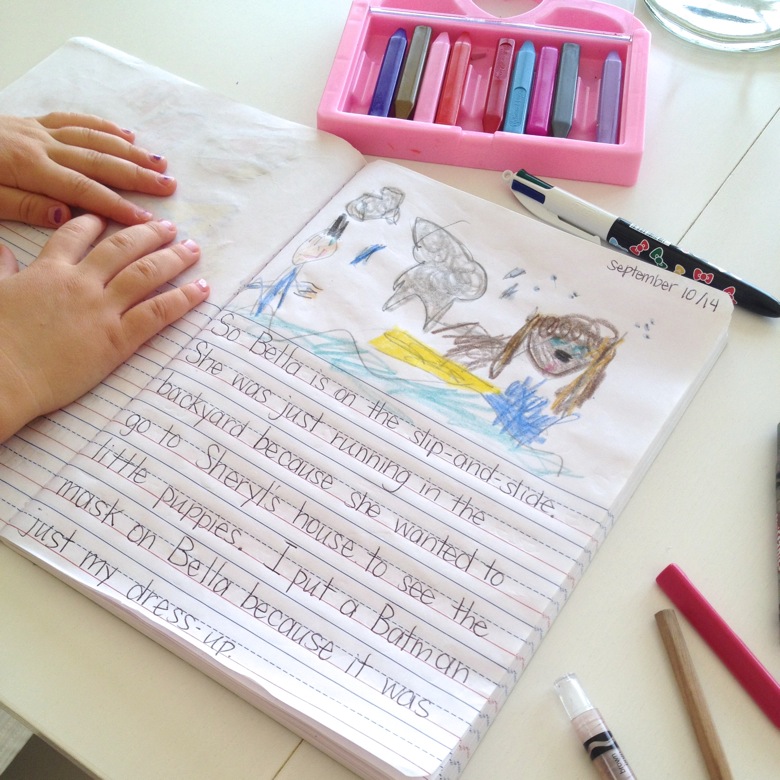 I know they’re silly little stories that probably don’t mean much to anyone else, but I just adore them. 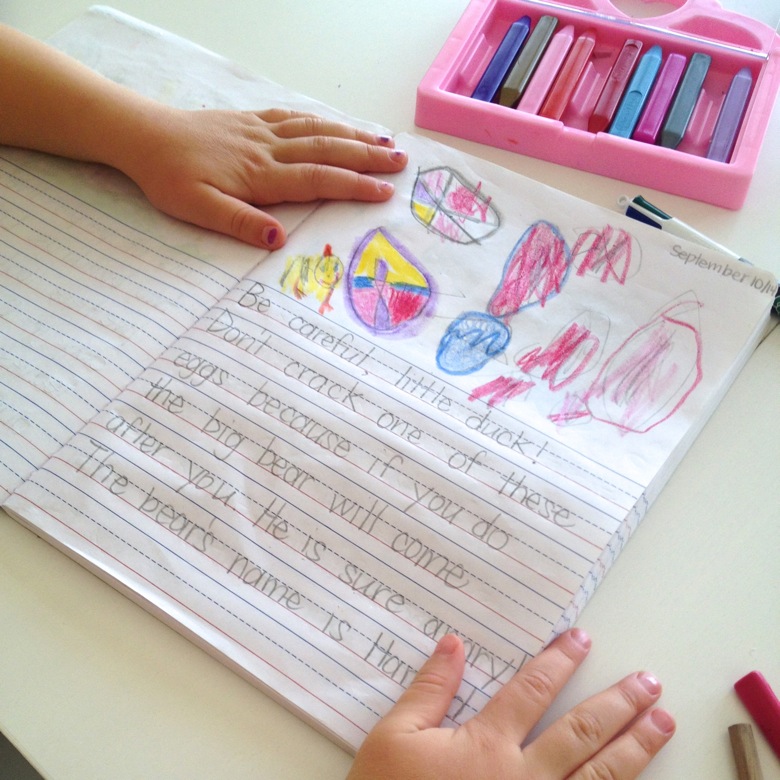 And I absolutely love the fact that she almost always asks to do a second entry immediately after finishing the first. 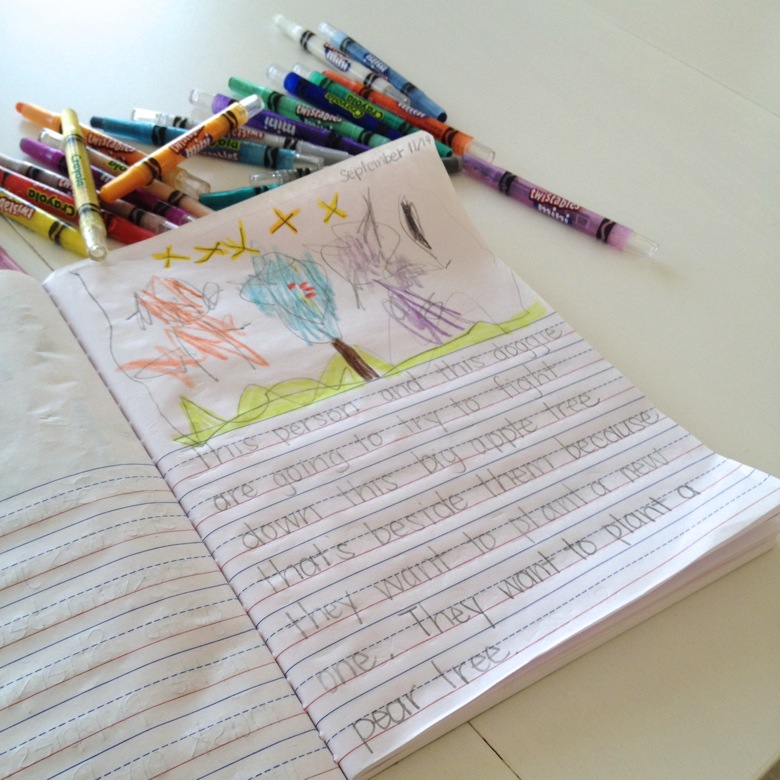 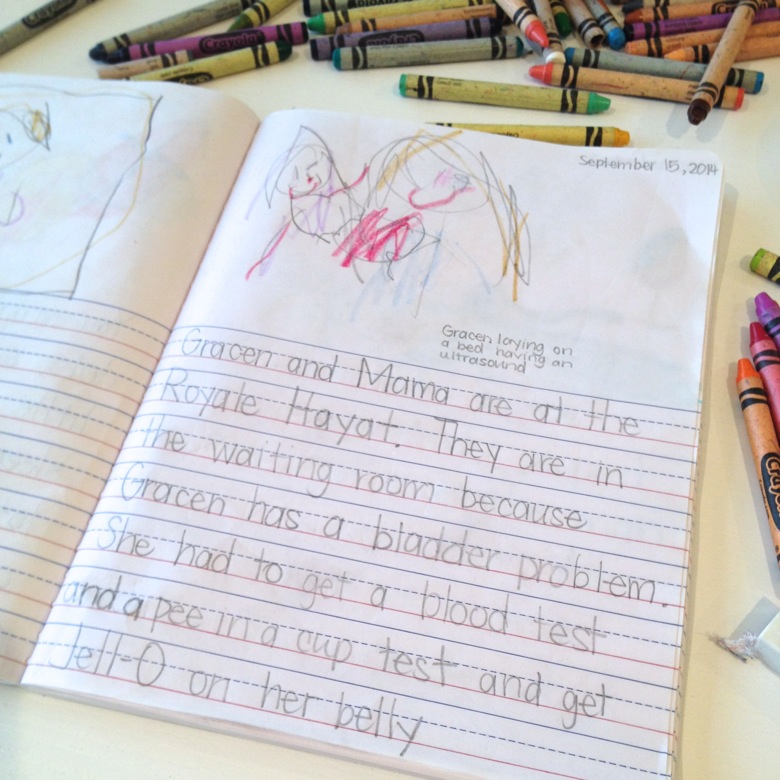 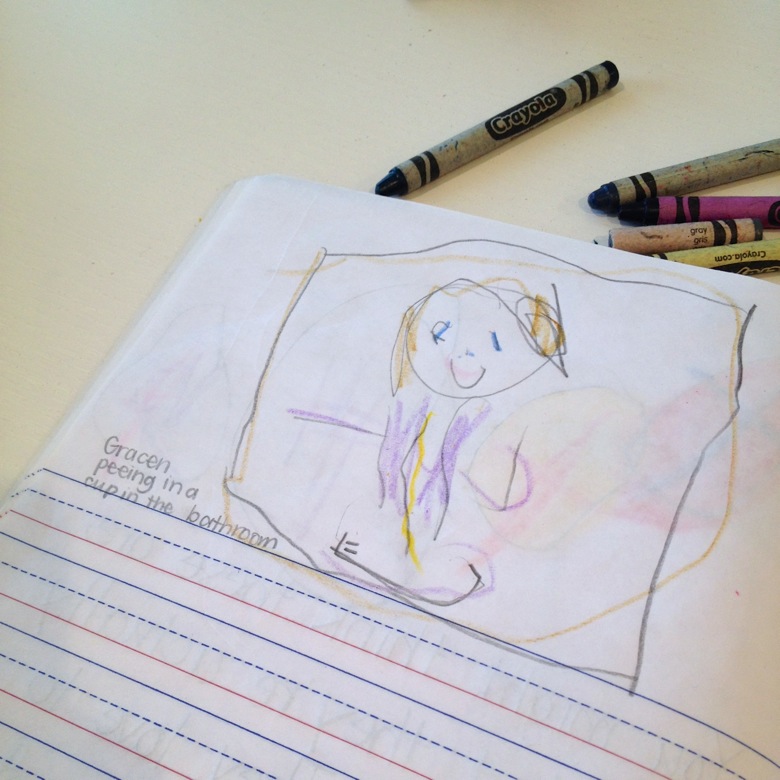 {True story.  Well, except the Jell-O part.  It was ultrasound jelly, but she wouldn’t know the difference.  Thankfully, she’s just fine now!} 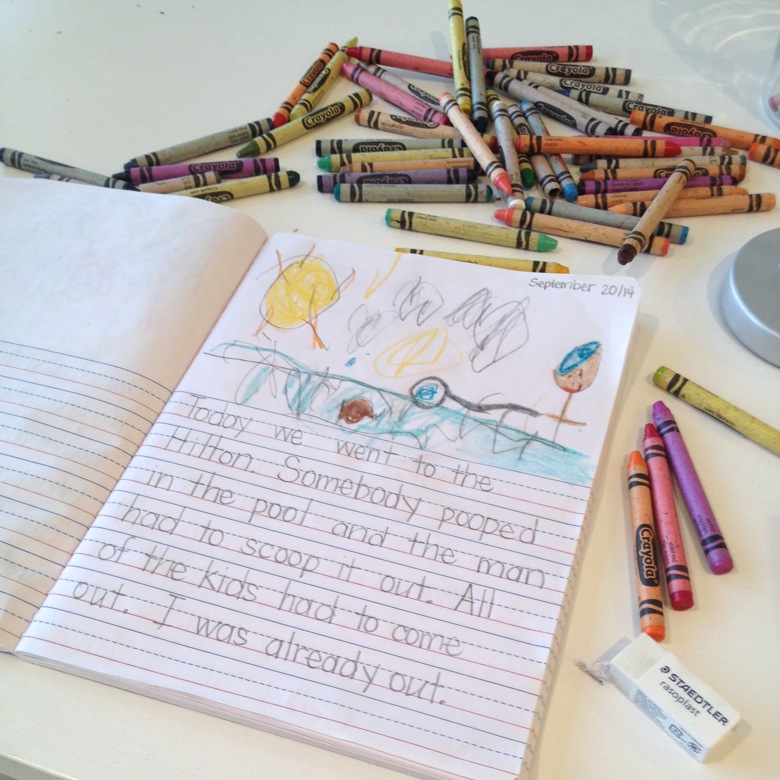 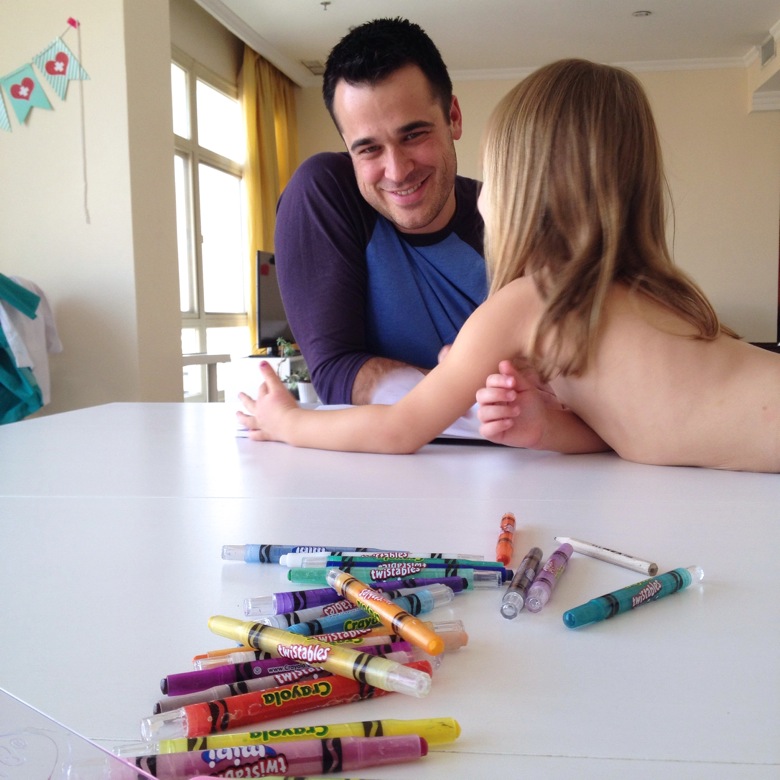 And if there were a person that loves the crazy little stories Miss G comes up with more than me, it would have to be her Papa.  She very proudly shows him what we’ve written once he arrives home from work and often has him read the full journal’s worth of stories aloud. 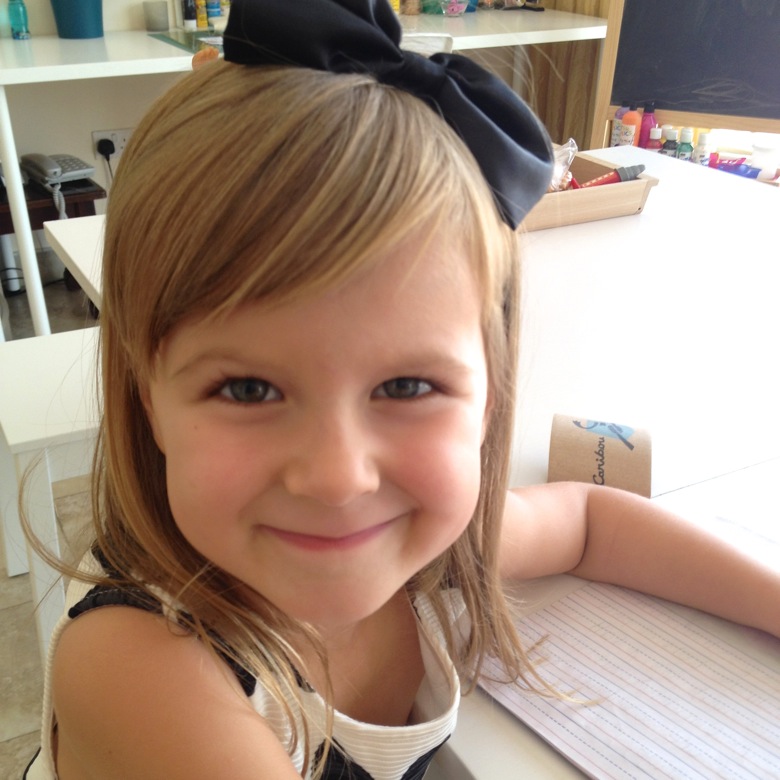 I’m so proud of my little storyteller and I hope I’m able to foster her love of writing so that she always loves it as much as she does now.

3 thoughts on “Journaling With Miss G”