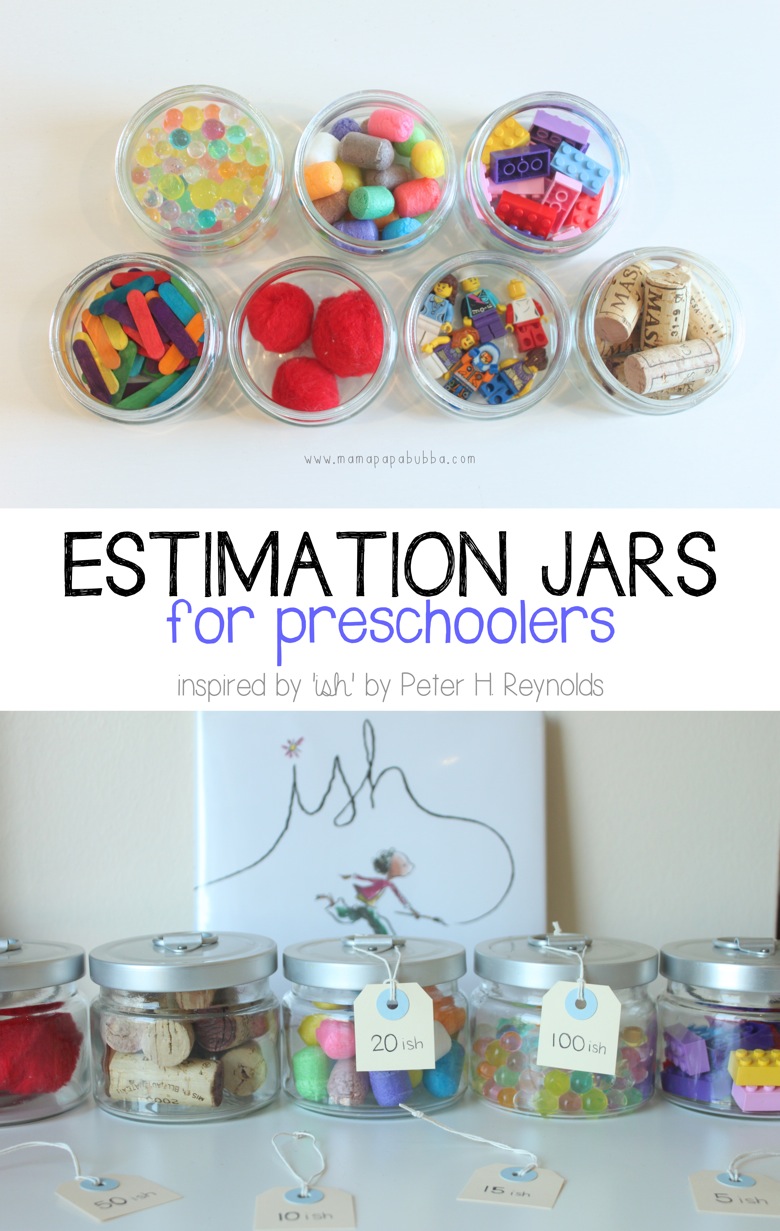 Oh, how I love Preschool Book Club weeks!  Grae and I always have a great time reading our book and exploring it further through playful activities, and this week was no different.

This week’s book, Ish by Peter H. Reynolds, is a story about a little boy named Ramon who adores drawing until his brother makes a reckless comment that turns his joyful, carefree sketch sessions into frustrating struggles.  Thankfully, Ramon’s little sister views things differently.  While Ramon’s been crumpling up his drawings and tossing them aside, he discovers that his sister’s hung the discarded papers on her bedroom walls.  When he declares that his picture of a vase doesn’t look like the real thing, she simply states, ‘Well, it looks vase-ISH’ and this is the beginning of Ramon’s journey back into enjoying the process of drawing instead of focusing on perfection.  Such a great and important message, isn’t it? 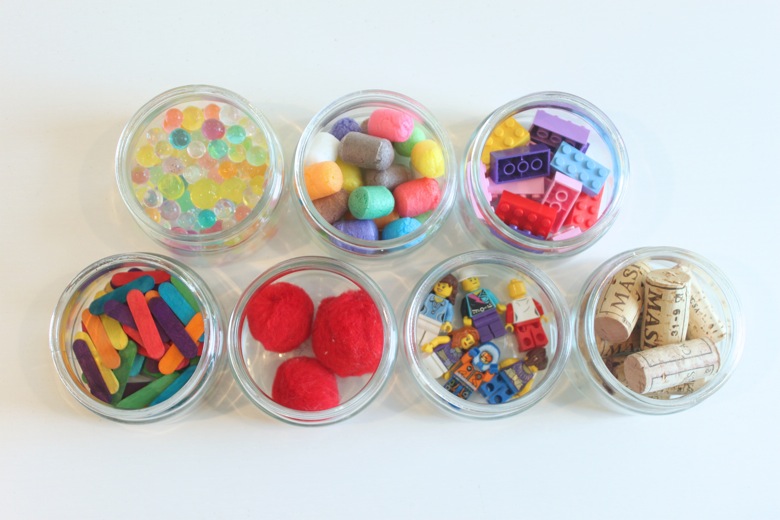 While this story certainly lends itself to drawing and art in general, I decided that we’d branch out this week and try using ‘ishful’ thinking while exploring math – something that can be tricky and overwhelming to some kids.  Because Ramon’s sister uses ‘ish’ to describe things that are close, but not exact in this story, I figured estimation jars would be a great fit for allowing us to practice our ishful thinking, so I got to work collecting small items and placing them in jars. 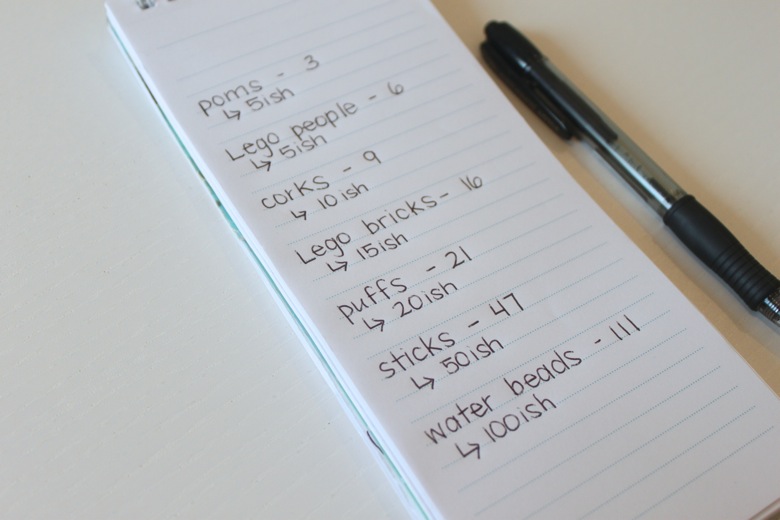 As I did so, I kept track of how many items went into each jar and then decided on a coordinating ‘ish’ number to represent each. 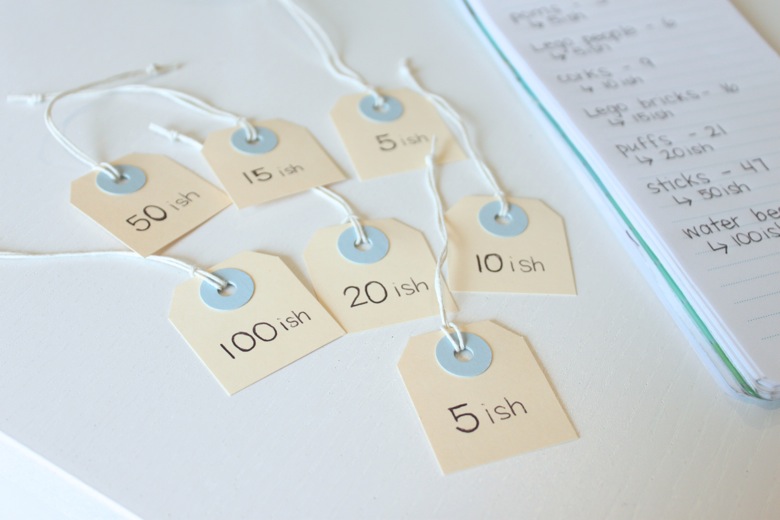 Because our estimation jars had little pull loops on the lids, I decided to write our ish numbers on old-school mail tags looped with string, but you could just as easily use small Post-It Notes, removable labels, or squares of paper with tape instead. 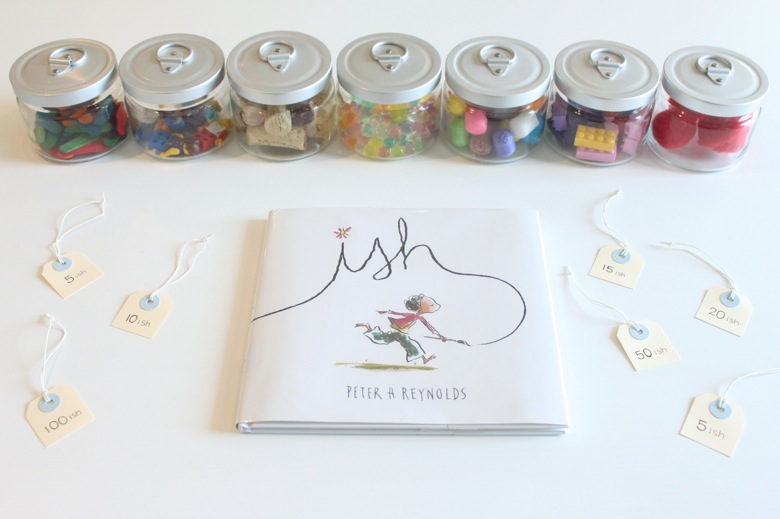 Then I set everything out and invited Miss G to come and read the story with me. 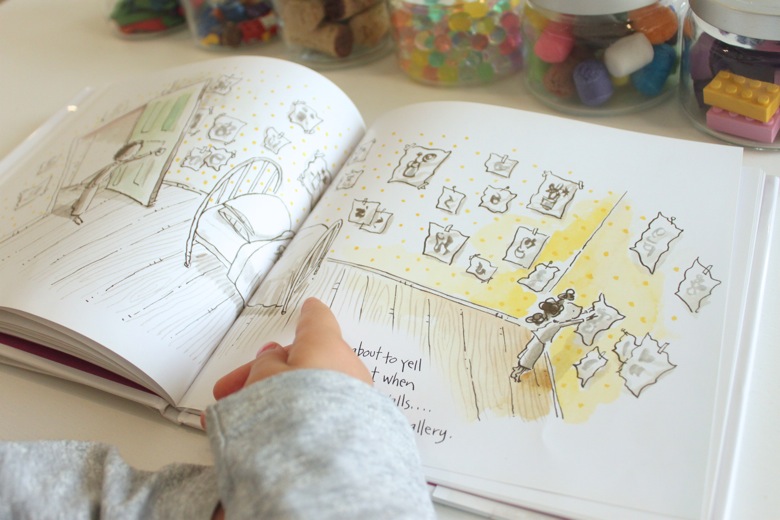 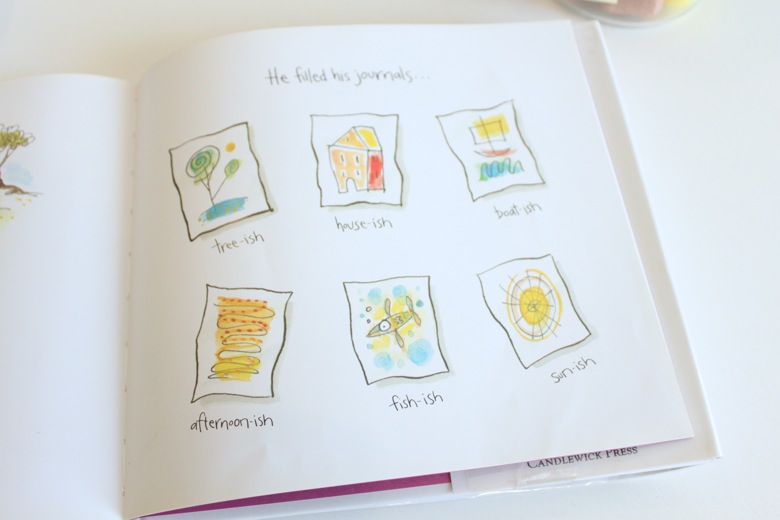 As we read, we talked about what it meant if something was ‘vase-ish’, ‘tree-ish’, or ’sun-ish’.  Grae told me that it meant that the thing was close, but not exactly and that was okay because close is still good.  Hah!  So with that, we got started on using the ish philosophy while exploring our estimation jars. 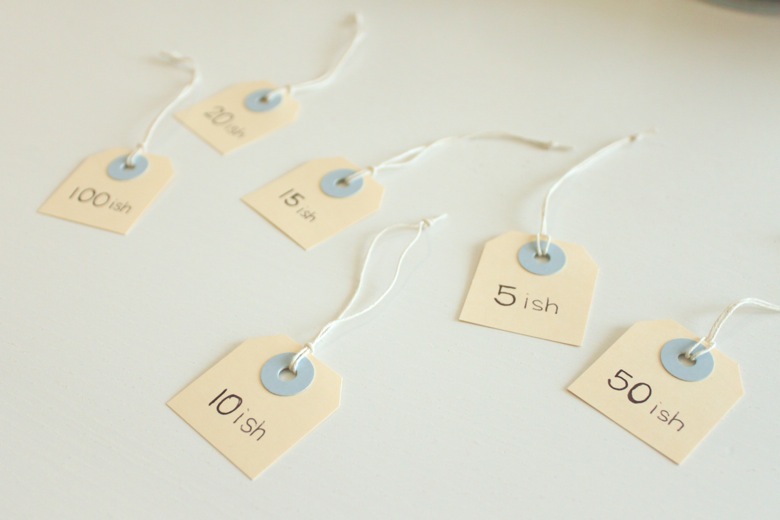 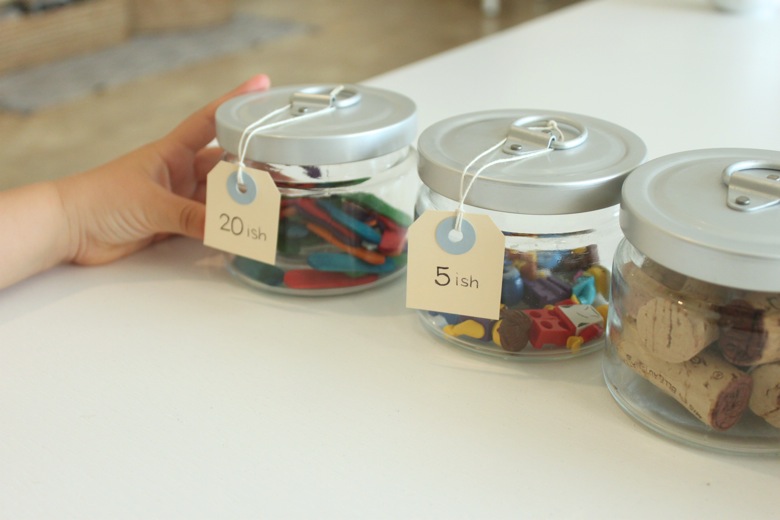 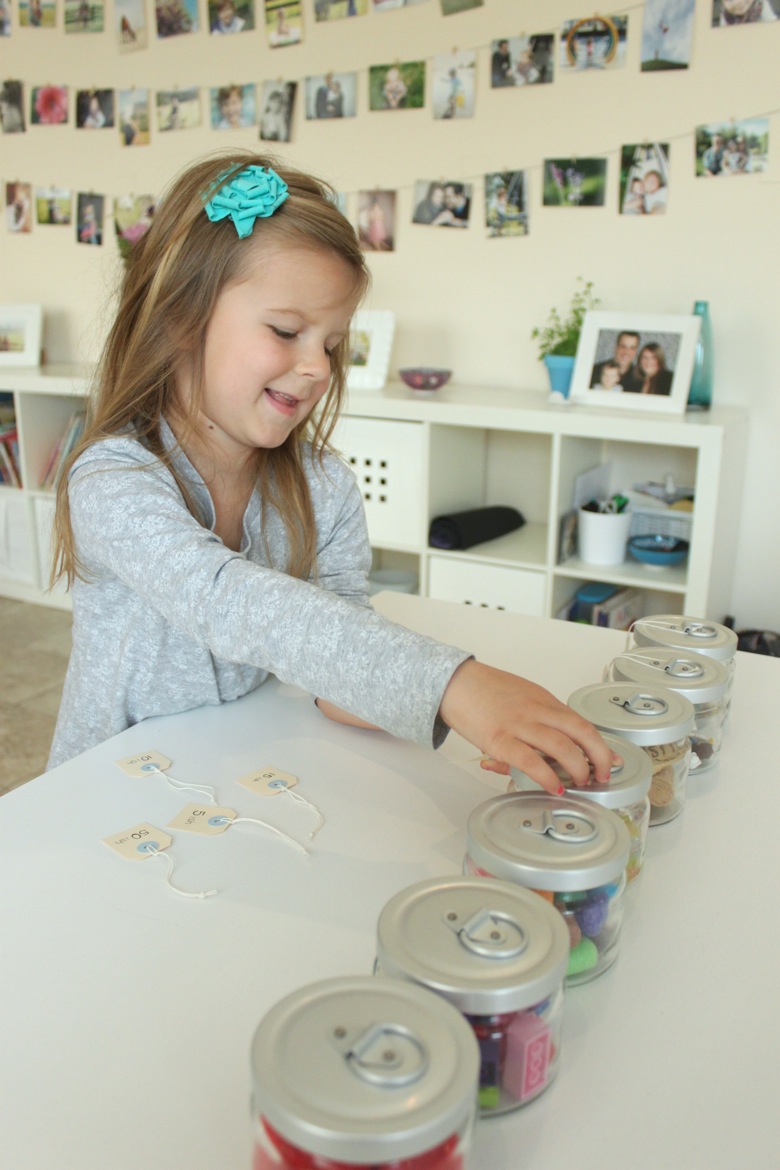 Once I knew she felt comfortable with each of our ish numbers, I explained that we were going to use the tags to guess how many items were in each jar and she immediately attached the ‘100ish’ tag to the jar of water beads before making several other estimations. 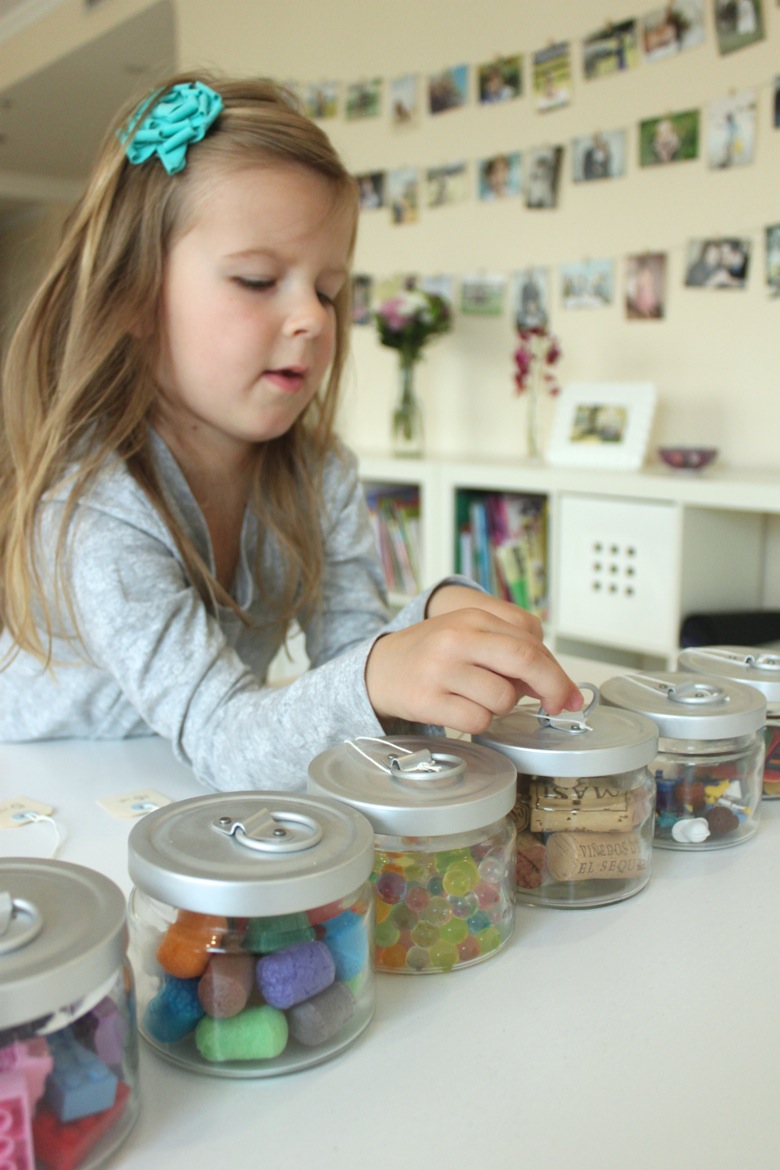 The process was really interesting to watch.  Sometimes she knew which tag she wanted to attach right away, and other times she’d inspect the jar quite closely before making her guess. 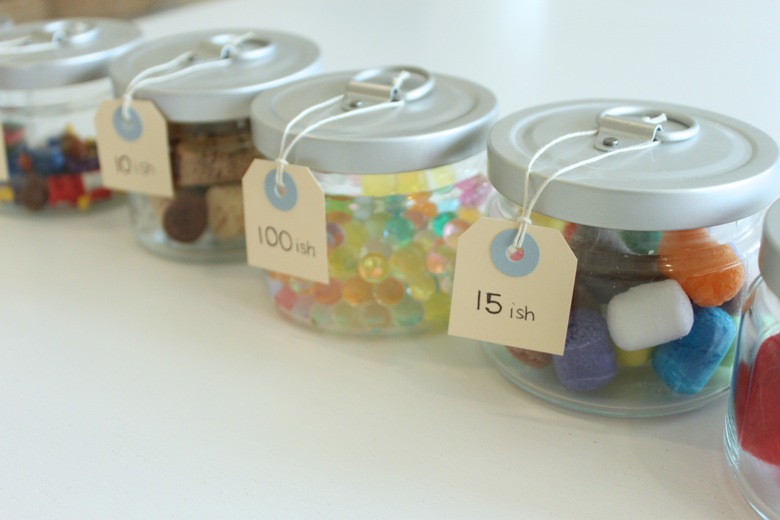 During the process, I maintained the role of spectator and allowed her to make her guesses independently, simply commenting on what I saw now and again. 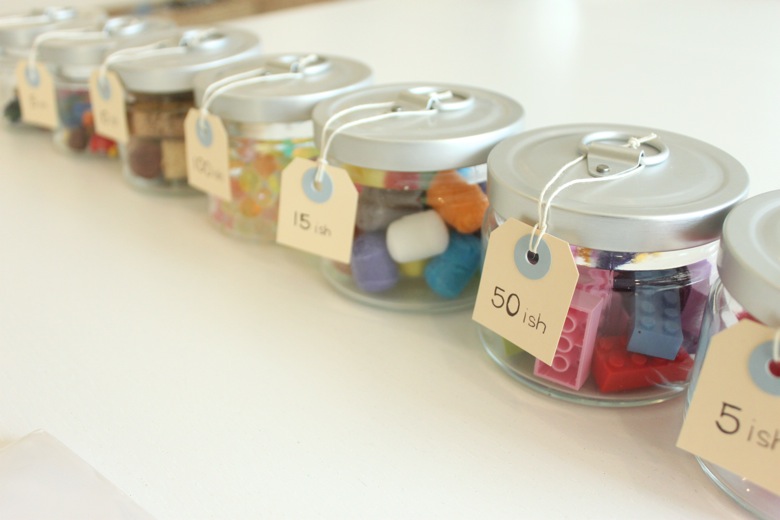 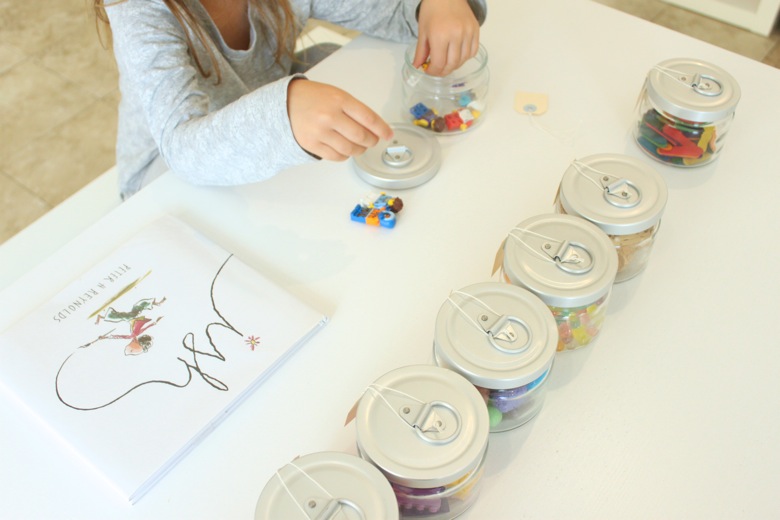 Afterwards, we decided that we’d check how close her guesses were by opening some of the jars and counting the actual objects. 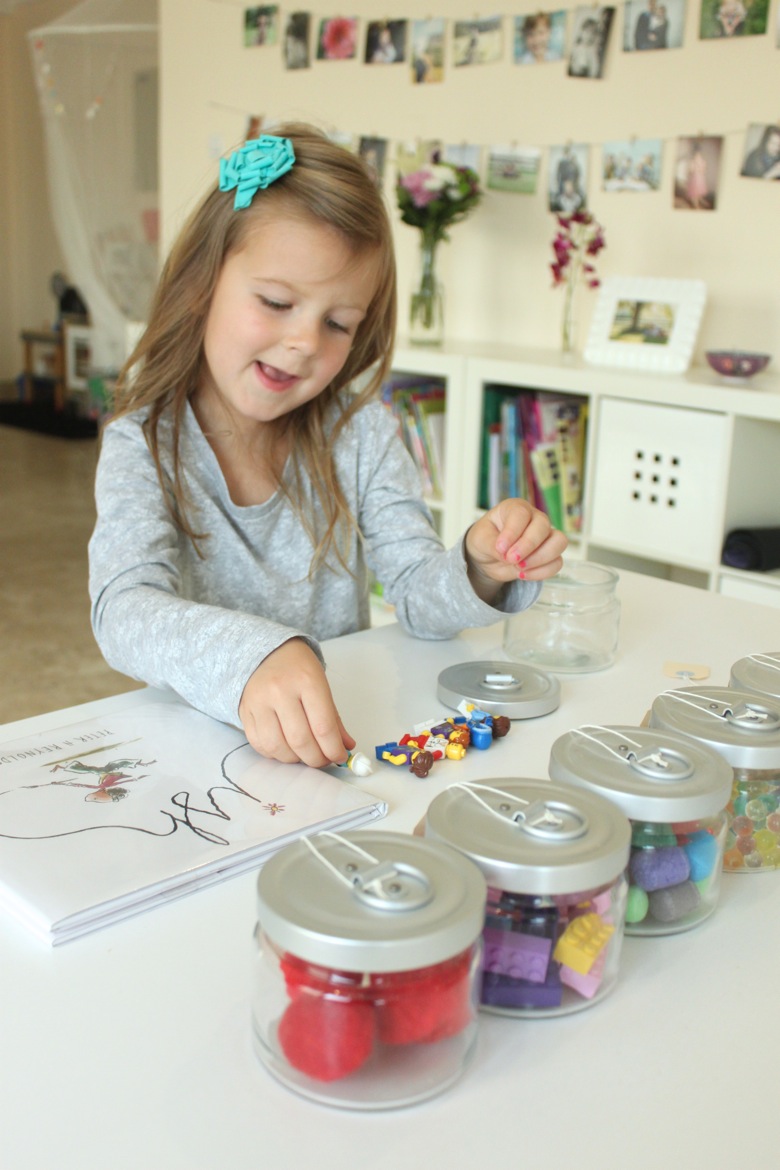 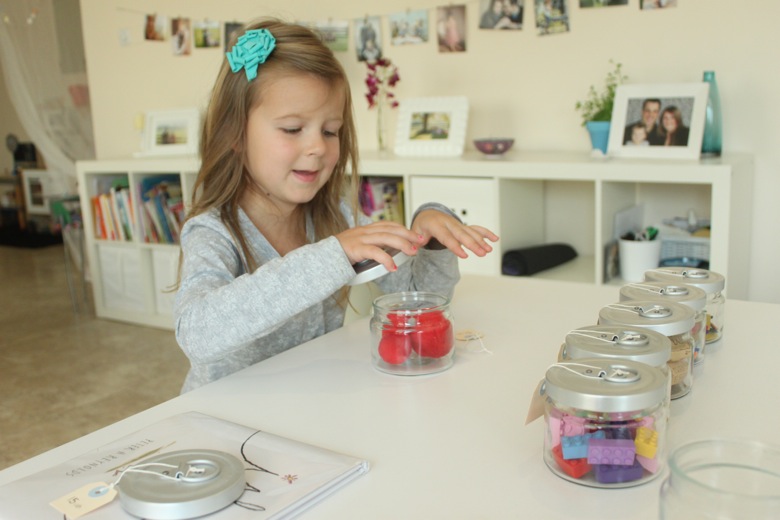 ‘Three can be 5ish too, right?!  Especially because 5ish was our smallest choice.’ 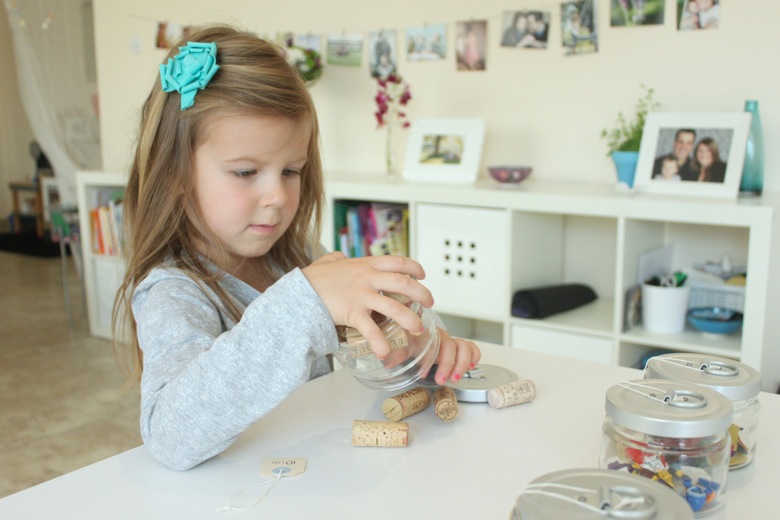 We haven’t yet had the chance to count the items in each jar, but we’ll continue this process throughout the week.  {She’s kindly told me that I can be the one who counts the 100ish jar of water beads, generous little thing that she is. ☺} 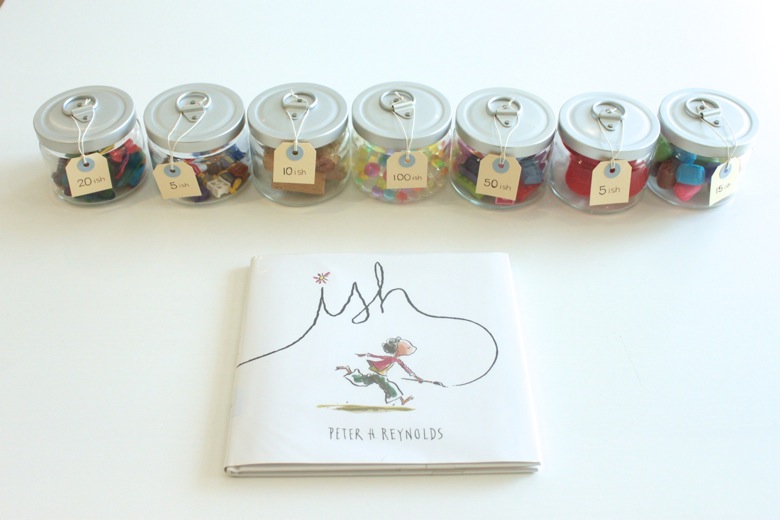 Our Ish estimation jar activity was simple and put together solely with things found around the house, but it was a total hit with Miss G and was just the beginning of lots of ish talk in our house, which makes me very happy. ☺

Ready for some other fun Ish activities from our lovely Preschool Book Club friends?  Check them out here:

Want to try a little preschool book club of your own?  You can see the entire series here.