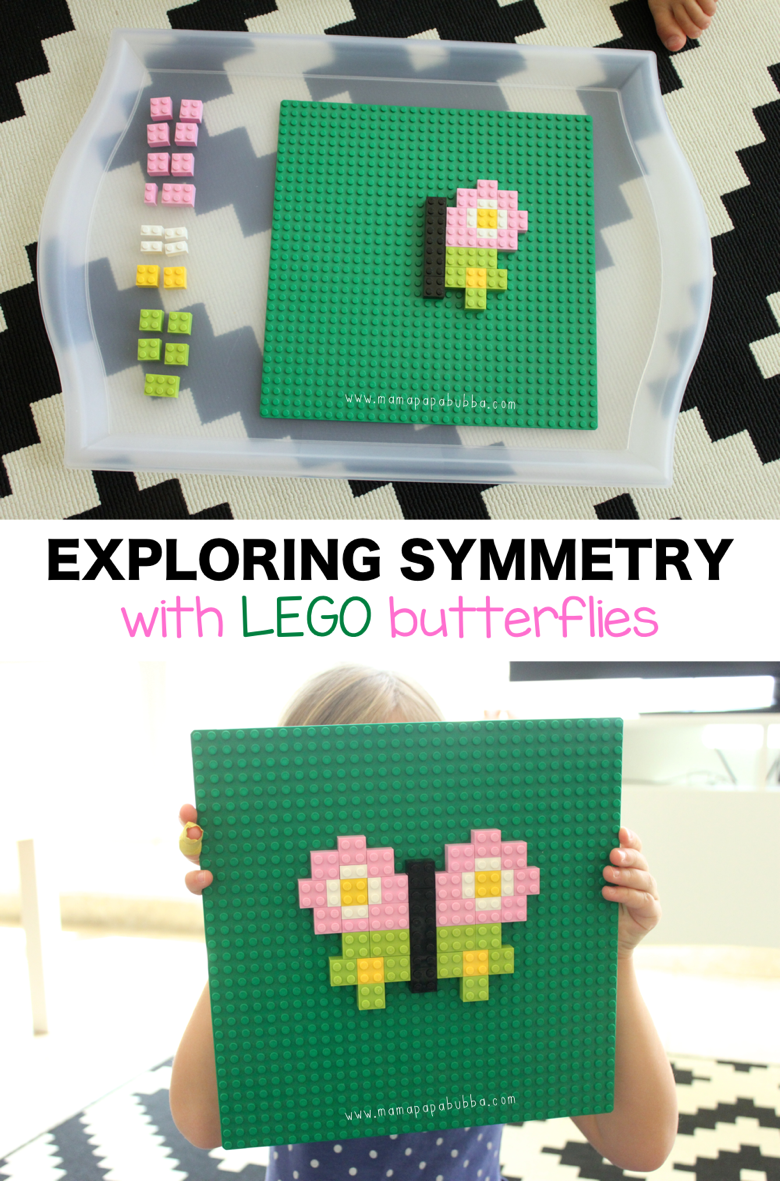 As you may or may not already know, this week Miss G and I are participating in a fun-filled ‘LEGO Week’ with a bunch of other blogging friends, which basically means that we’re dedicating the week to sharing activities and projects inspired by LEGO!

LEGO lends itself perfectly to all sorts of math activities {see our LEGO addition tray and our LEGO patterns busy box}, so this time around I thought we’d branch out by exploring symmetry with LEGO bricks. 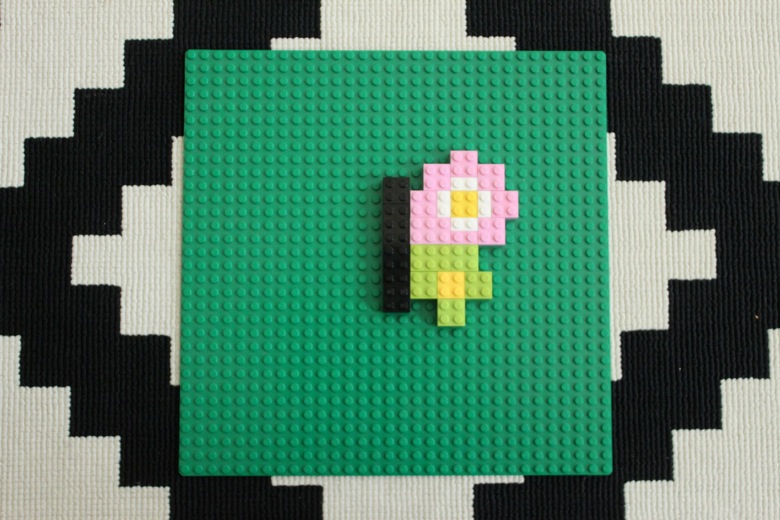 When I sat down to put together the activity, I knew that I wanted to provide Miss G with half of a shape that she could complete, but I wasn’t sure what that shape would be…  At first I thought of creating half of a house, a face, or a flower, but then I remembered doing symmetrical finger painted butterflies when she was just a tiny little thing, and went with that instead. 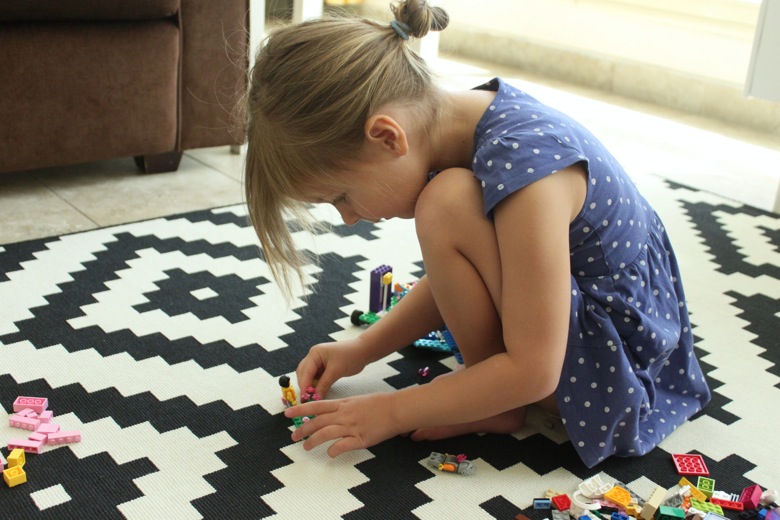 Of course, while I worked on setting up our activity, Gracen was busy working on a project of her own. ☺ 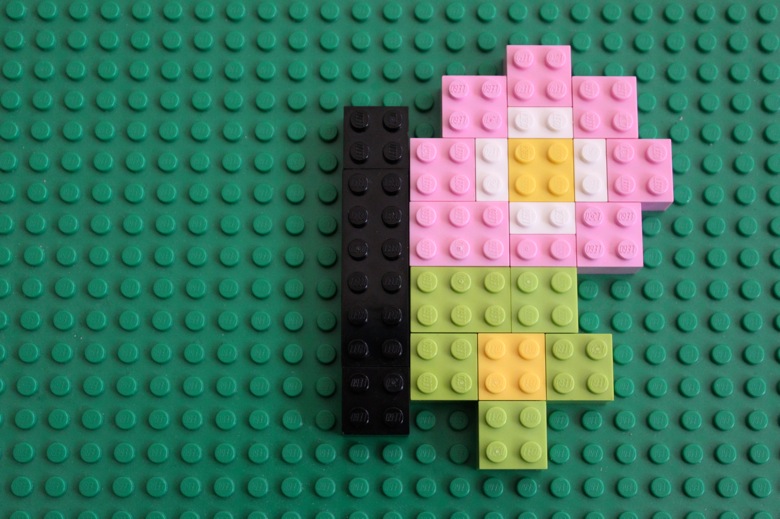 In order to create the butterfly, I pulled out a ton of bricks in my desired colours, divided them up into two identical piles, and then began building the first wing using the pieces from just one of the piles {leaving the other for Miss G to use later}.  Once I had my wing created, I added a simple black body down the centre. 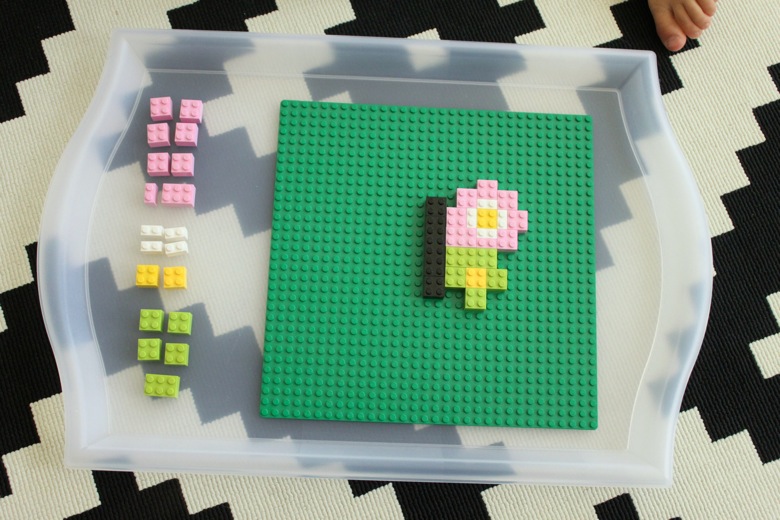 Then I placed the one-winged butterfly on a tray along with all of the pieces Grae would need to create an identical wing. 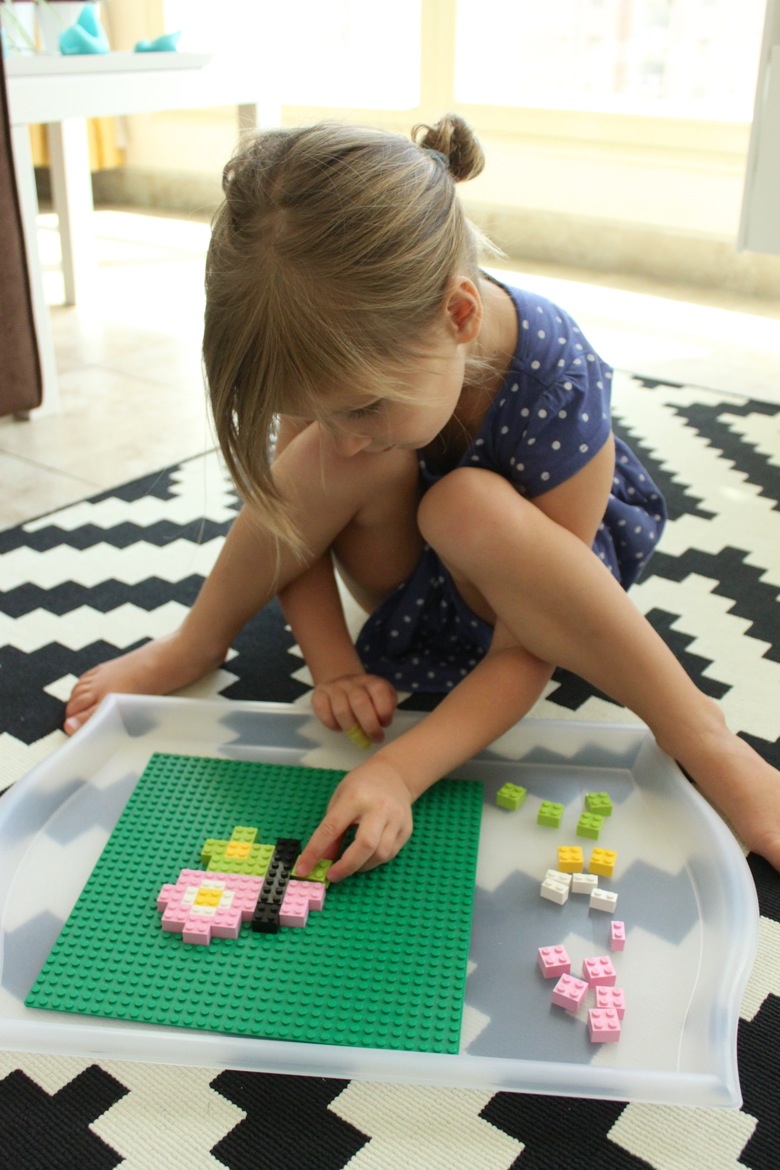 Since we really haven’t explored symmetry much, I wasn’t sure how Grae would approach the activity, but after asking if she’d like to create a matching second wing for our butterfly friend, she got started right away. 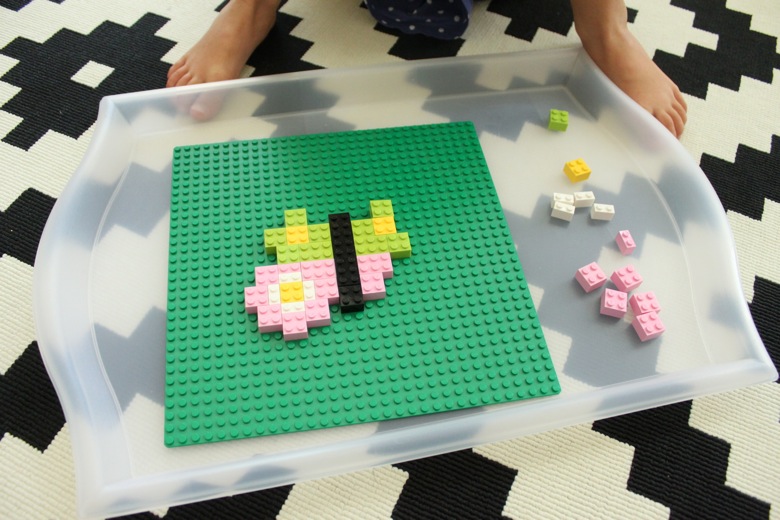 What was interesting was that while I created my wing by putting the outline in place first, Miss G started at the body and worked her way outwards row by row. 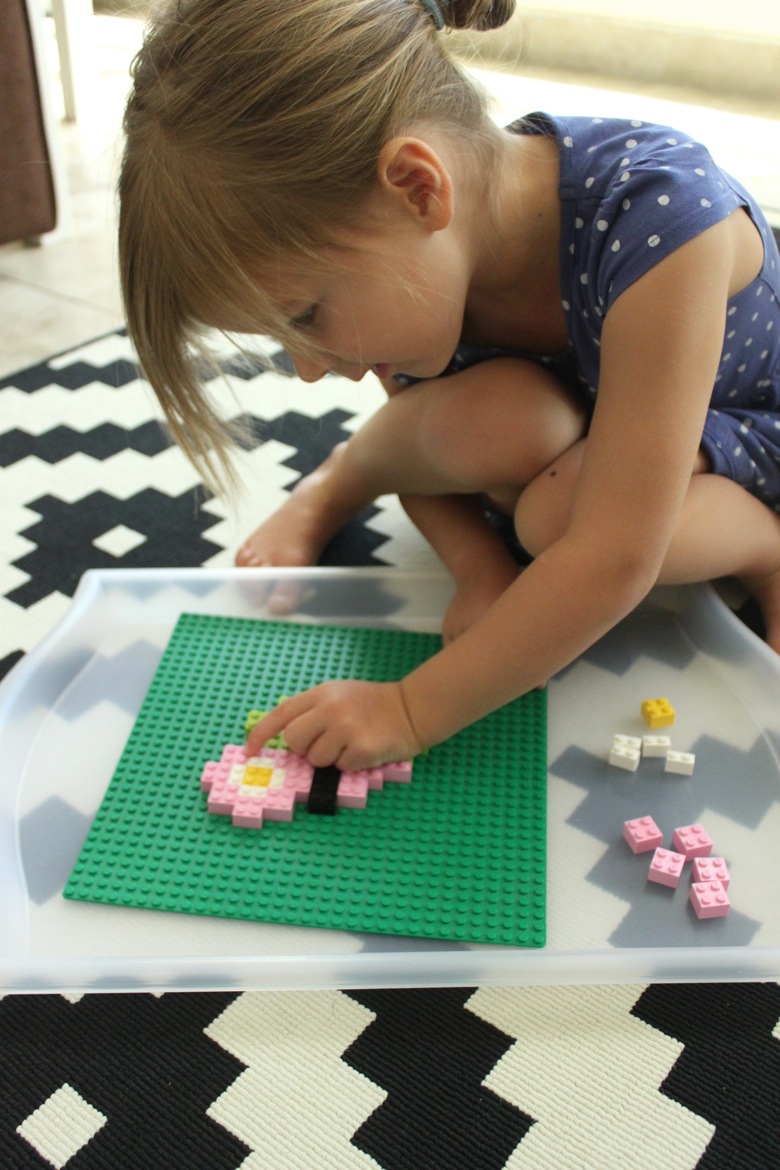 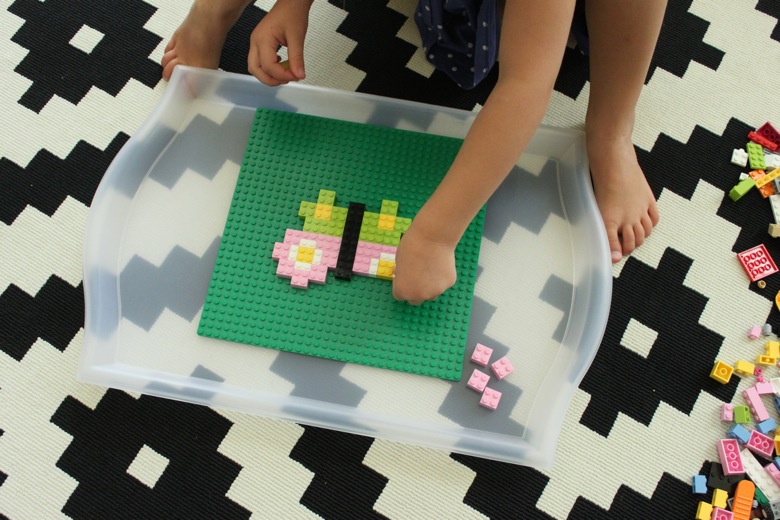 As she went, she made sure the two sides matched by verbalizing the brick shapes and colours on each side of the black body, which was pretty neat to watch. 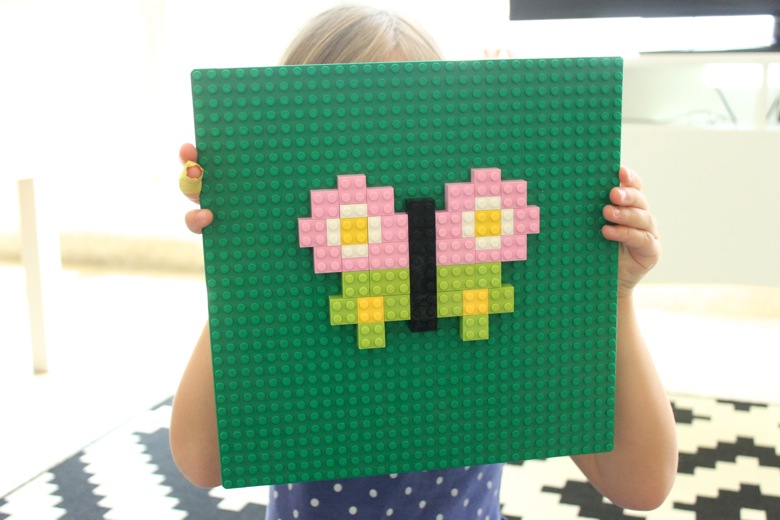 While figuring out where the final piece fit in took a minute or two, she came up with this, a perfectly symmetrical butterfly, in no time at all. 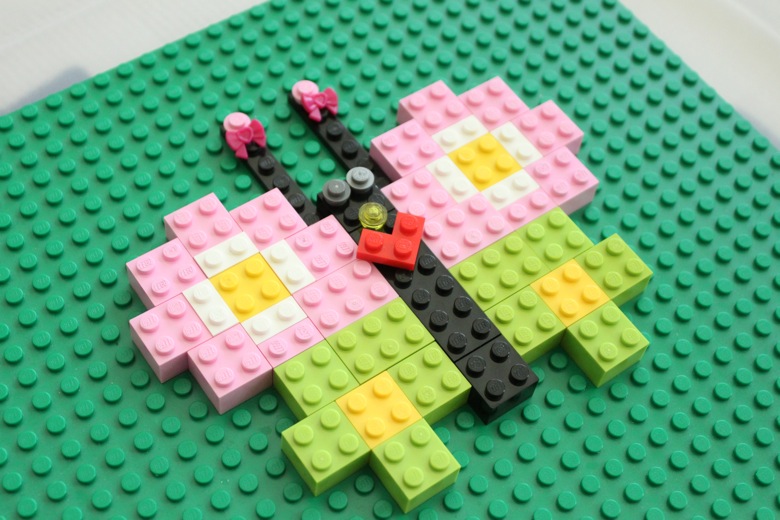 But she wasn’t done yet.  ‘Miss Butterfly’ received a nose, a mouth, eyes antennae, and bows {all of which were also symmetrical!] and then she was done. ☺

Want some more LEGO inspiration?  Check out all of our LEGO Week posts here.