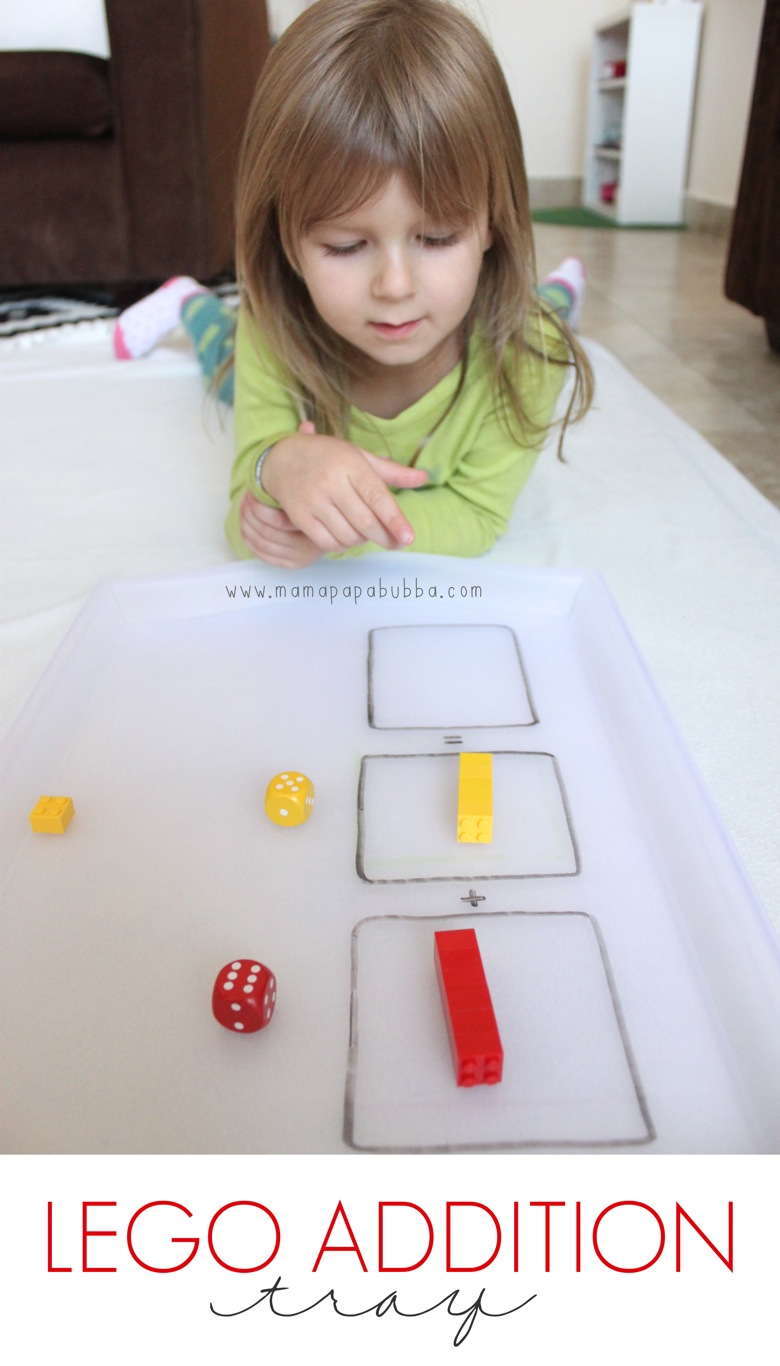 Early this morning Miss G asked me if we could play an adding game {the girl loves addition currently}.  Not having anything prepared, I quickly scanned the room for something that could be turned into a math game without much fuss.  Our ever-growing LEGO collection caught my attention first and I knew it had potential.  I grabbed several bricks as well as a couple of just-purchased wooden dice {in coordinating colours, obviously ☺}.  I figured we could use the dice to generate our addition questions and the LEGO bricks as counters, then added in the plastic serving tray just to give the game a defined playing area and surface. 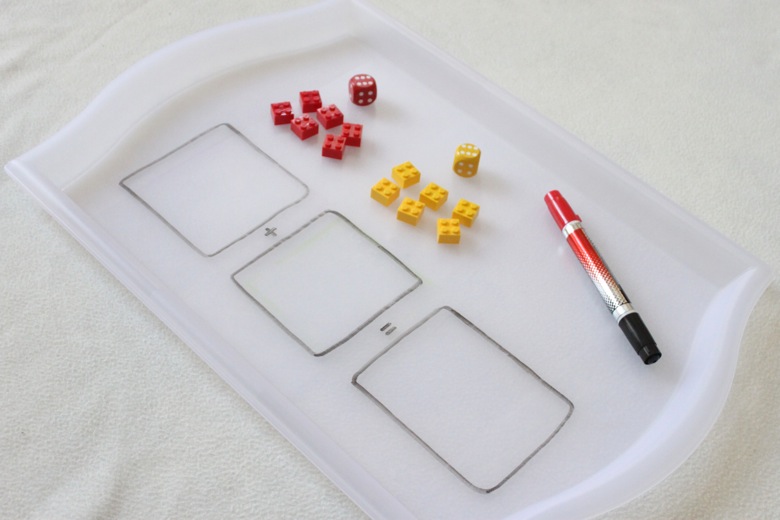 Using a white board marker, I drew 3 boxes directly on our tray and added in a little ‘+’ sign between the first two and an ‘=‘ sign between the last two.  With that, our LEGO addition tray was done and ready to be played with! 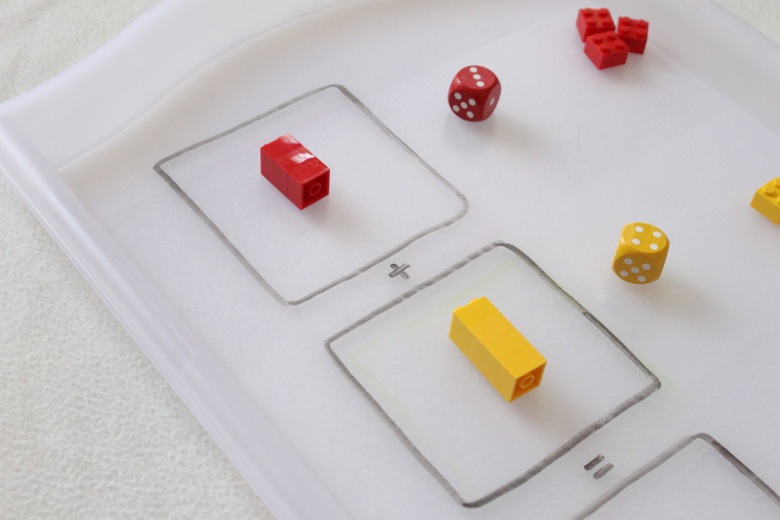 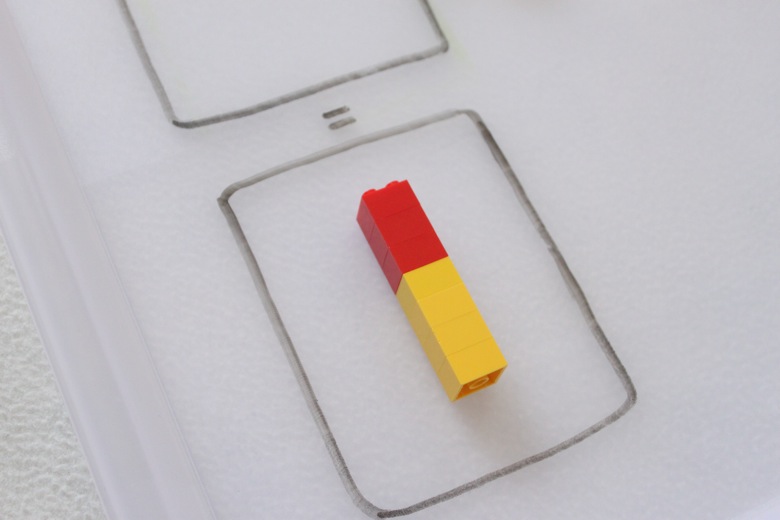 To solve the equation, she attached her two LEGO stacks and counted up all of the bricks.  The first time around, without any prompting, she enthusiastically said, ‘Seven!  Three plus four equals seven, Mama!’ 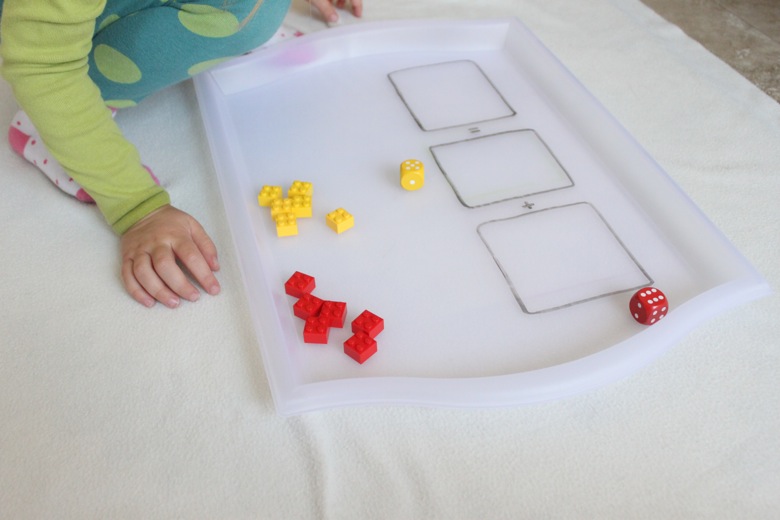 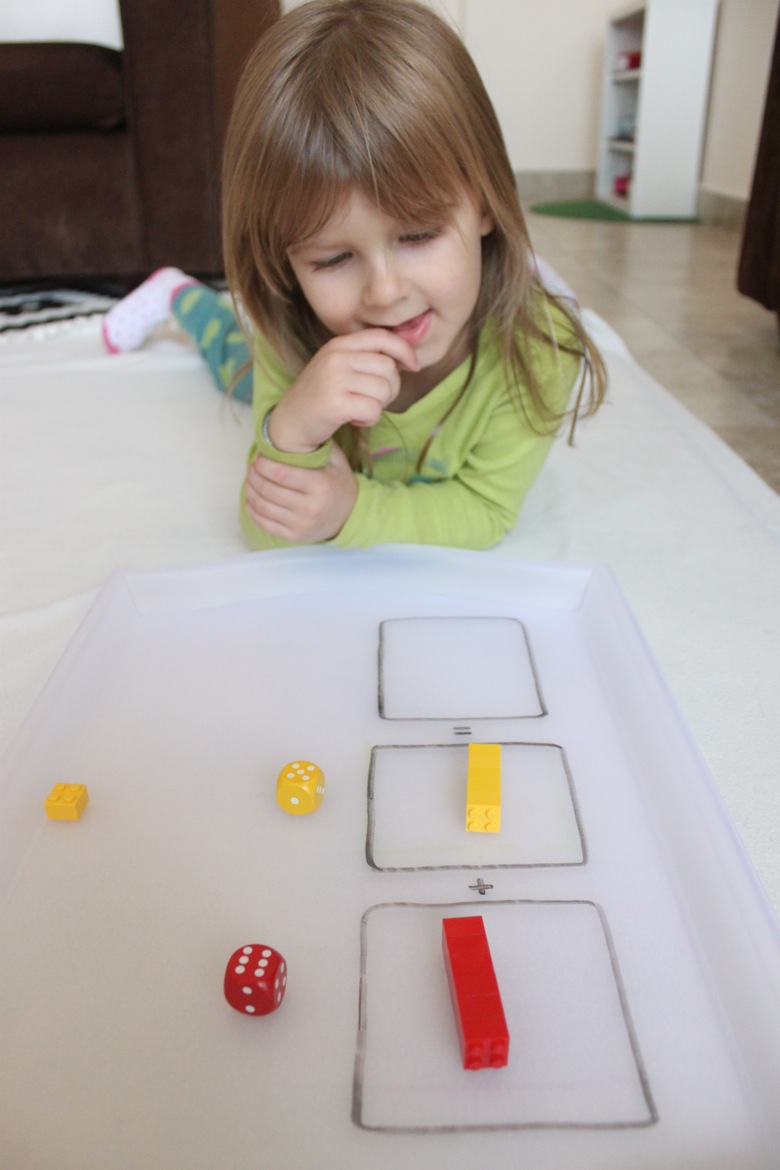 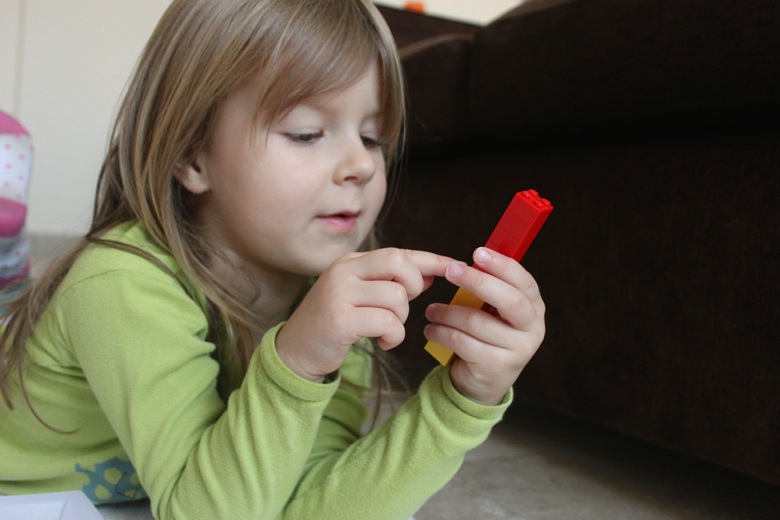 This continued round after round… 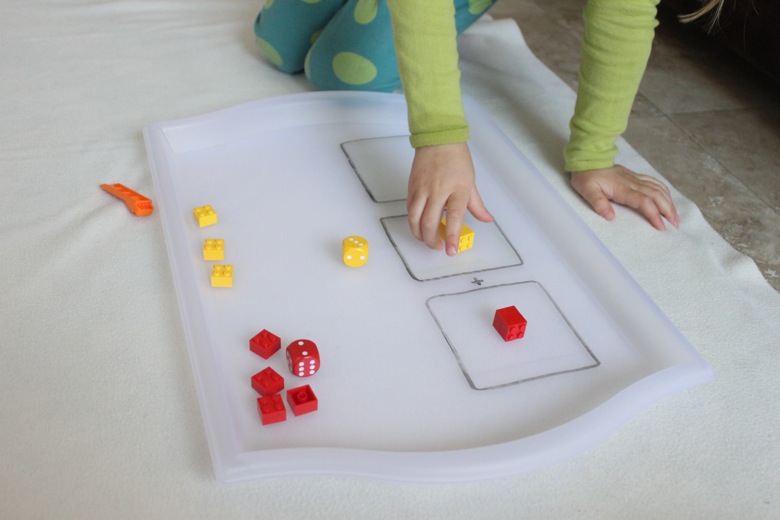 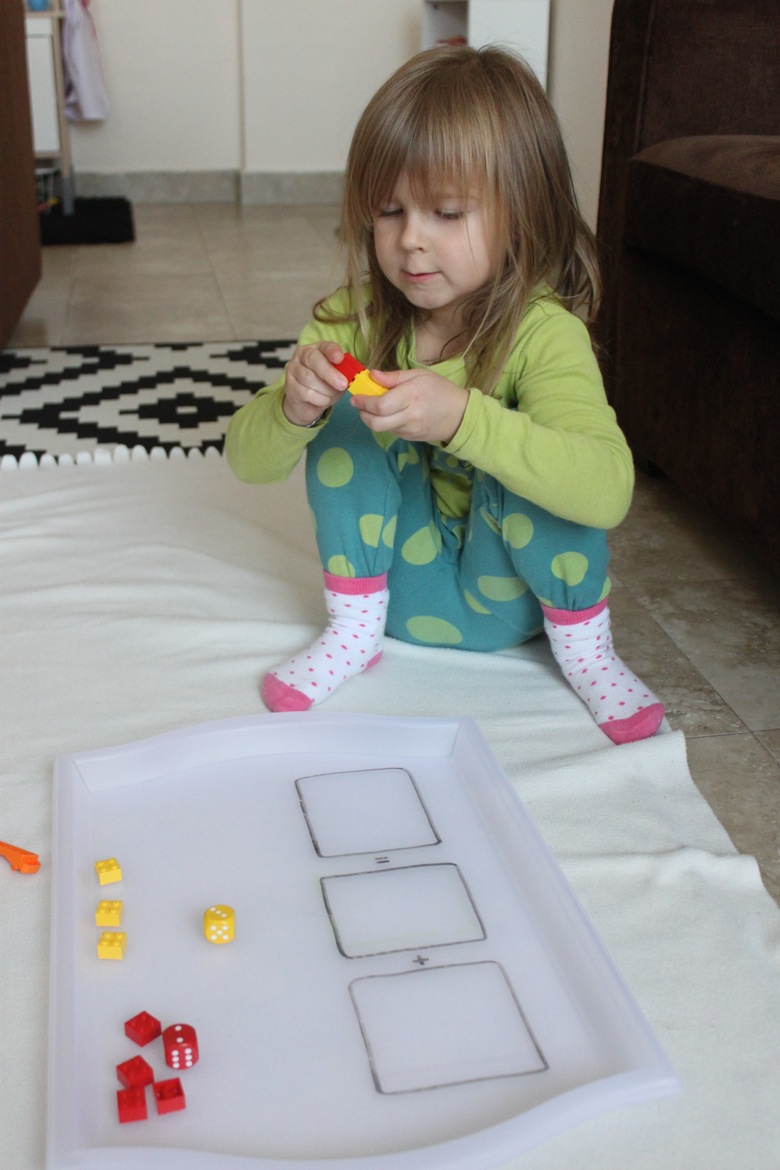 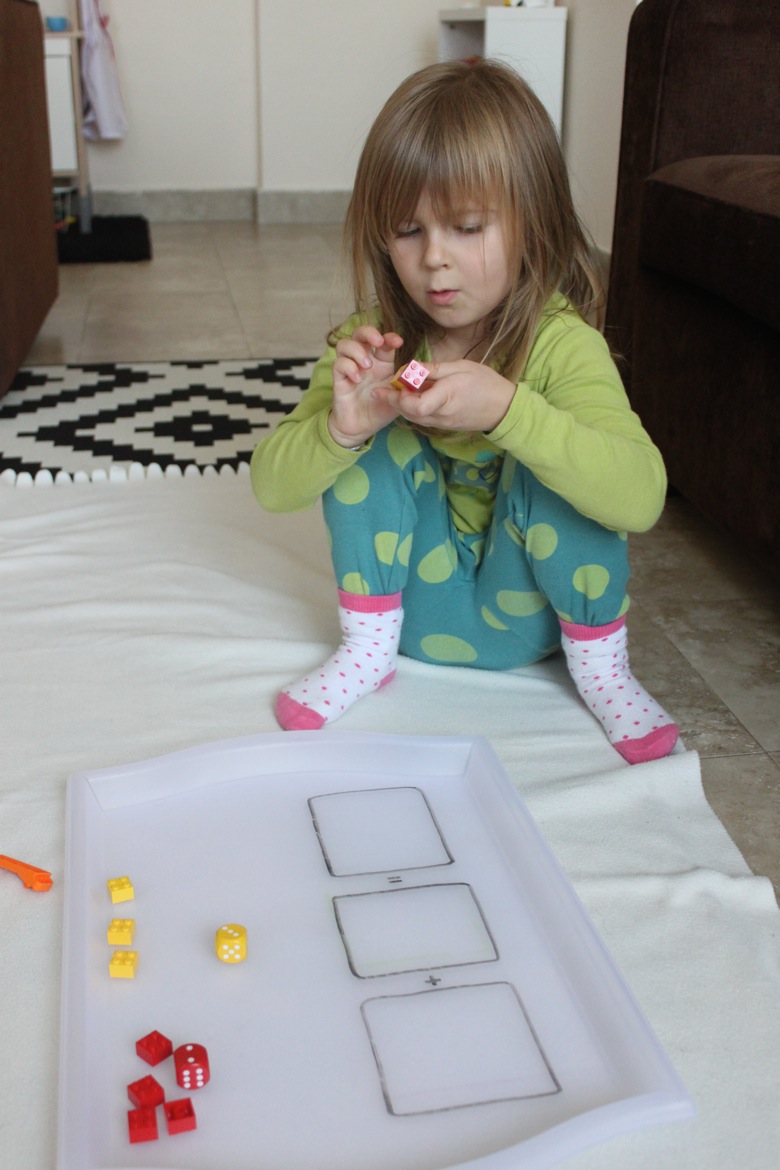 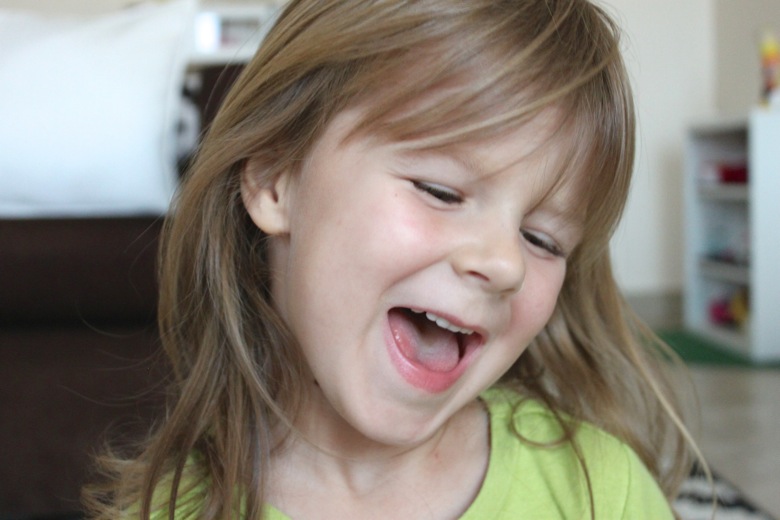