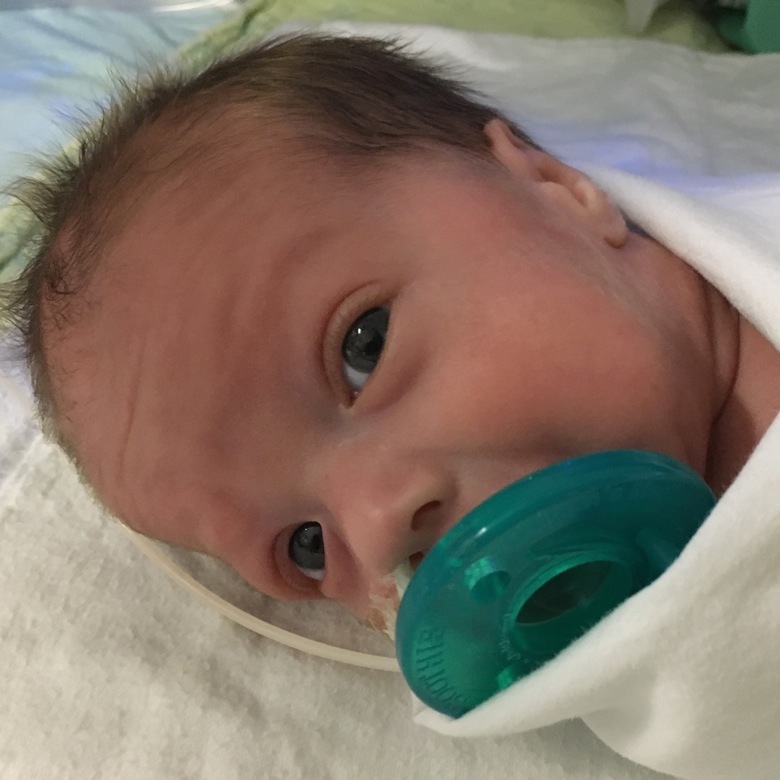 It’s been a long time coming, but finally… Meet our sweet baby Sam!

Goodness gracious…  It took us long enough, didn’t it?  The truth is, Sam was the one and only name Brad and I had talked about on the night our baby boy made his surprise arrival.  I forget which one of us mentioned it, but we were sitting up in my hospital room amidst our whirlwind evening {I think we were waiting for baby boy to have a procedure done before heading back down to the NICU} and we pretty much immediately agreed upon it.  It was perfect – simple, sweet, and perfectly suited to the little boy who’d been called Salmon for many months previous.  An easy transition and a name that honoured his big sister’s name choice.  But then it donned on me…  We couldn’t possibly call our little man Sam.  One of my very dear friends back in Kuwait has a little boy named Sam {well, Samuel actually, but he’s called Sam for short} and in my mind, you simply don’t name your little one the same name as a friend’s little one.  I felt silly for getting caught up in the moment and forgetting.

So back to the drawing board we went.  For weeks and weeks and weeks, we poured over boys names – Fletcher, Benson, Beck, Smith, Archer, among others – all of which could be lovely names, but none of which seemed to fit our little man.  While Brad was fairly set on Sam, I was sure that there had to be another name that would fit just as well and continued to put off naming our boy.  Something would just come to us, I thought.

Well, it didn’t.  After more than a month, not a single name seemed to fit.  Not a single name ‘just came to us’.  Time was ticking and our little man remained nameless day after day.  So how did we eventually make a decision?  It came down to someone finally asking me this – ‘When you sit and hold him and look at him, who do you see him as?’  The answer came tumbling out – Sam.  So there it was.  Nothing else fit because in my head, he was already Sam.  Thankfully when I talked to my friend in Kuwait she was more than gracious about us using the name Sam – excited for us even.  That settled it.  Sam it was {just as it was on the night he was born}.

5 thoughts on “‘Baby Salmon’ Finally Has a Name!”