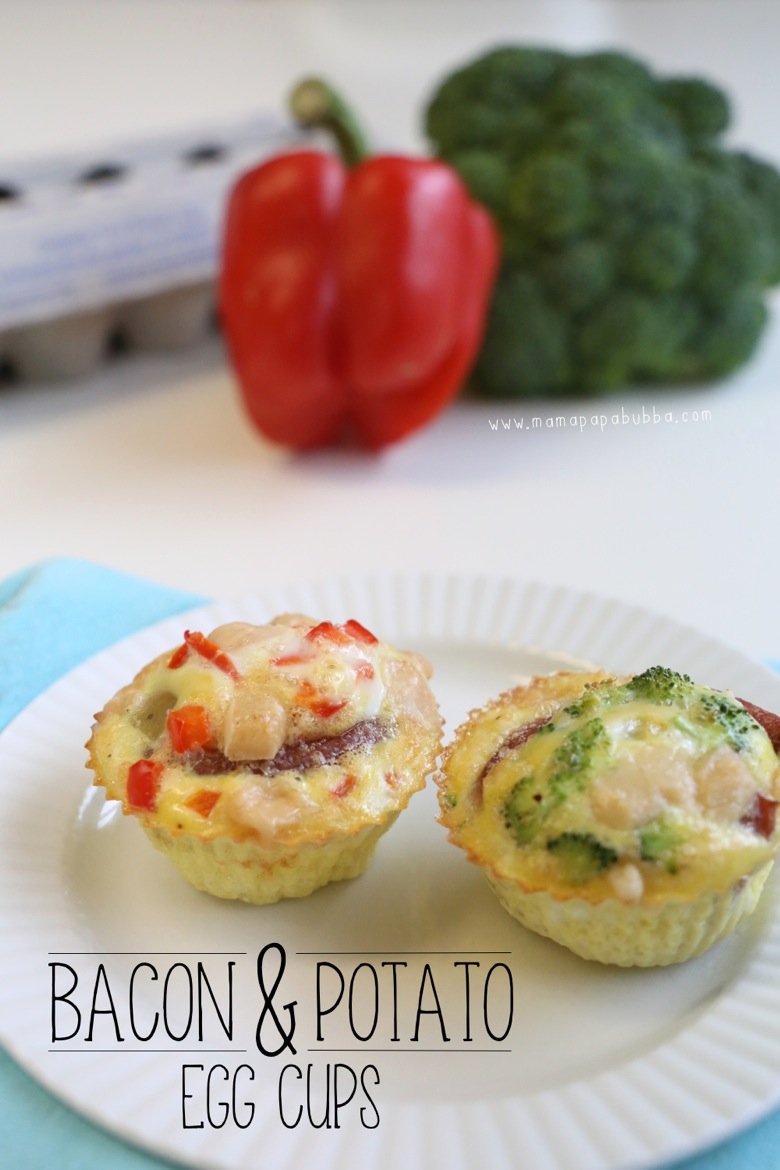 Oh my goodness…  I’ve been so bad about planning and preparing meals this summer.  I swear 5 o’clock just pops up out of nowhere and suddenly I find myself in the kitchen scrounging around like a mad woman trying to find something that I can throw together in 20 minutes and call a meal.  As a result, there’s been a whole lot of quinoa salad and other one bowl dinners happening around here this summer…

So today, knowing that Brad was going out and I’d be on my own for the daily dinner / witching hour / bedtime combo, I decided to plan ahead {hey, I guess I learn eventually}.  Dinner needed to be something super quick and easy and something Gracen would happily gobble up without any issue, even if I had to leave her at the table on her own to put our early-to-bed bubba down for the night.  Enter all-natural turkey bacon – hah!  For a kiddo who really doesn’t eat or enjoy meat all that much, Miss G loves her some turkey bacon.  Knowing that I had a package hidden away in the freezer, I took it out to defrost in preparation for these bacon and potato egg cups and oh my word – were they ever a hit!  Not only did Miss G eat four of them {FOUR!}, but they’re so easy to make that Grae actually assembled them for us.  I also think they’d be great in school lunches, so we’ll definitely be making these again soon. 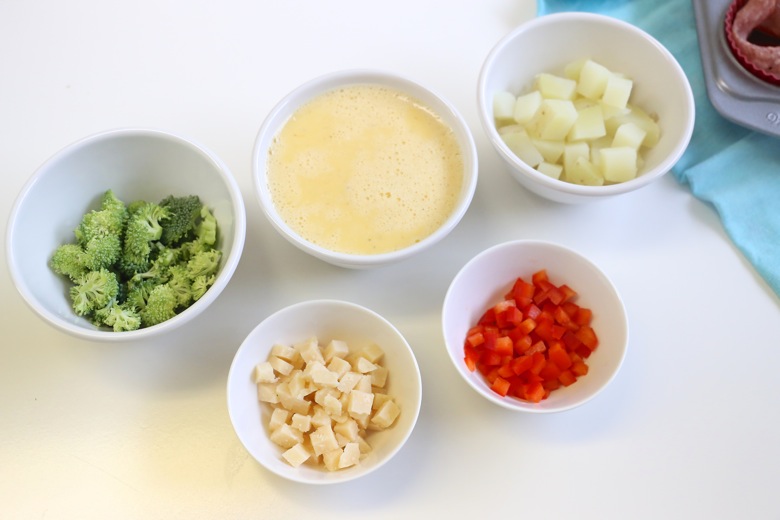 Here’s our line-up of ingredients…  First off, whisked eggs with a splash of milk and a pinch of sea salt added in, some cooked potato cubes, finely chopped veggies {Grae picked broccoli and red pepper and decided to leave the zucchini and onion I’d offered}, and little chunks of cheese {we went with parmesan}. 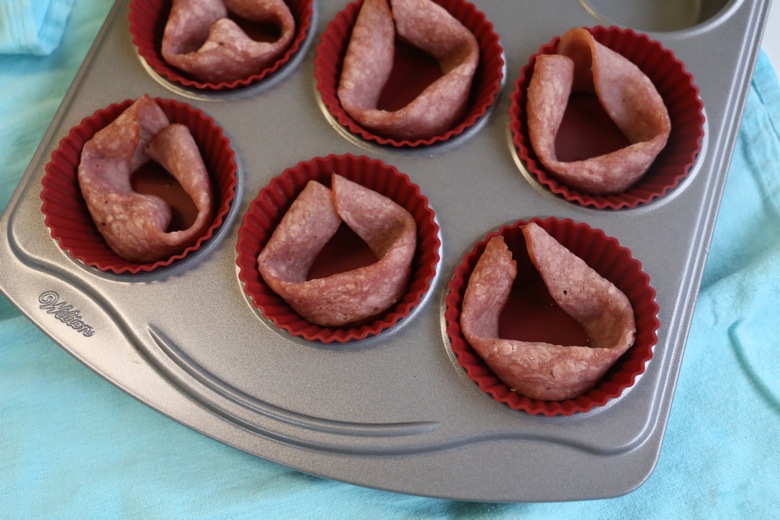 Also, some all-natural turkey bacon that we folded in half lengthwise and quickly put along the outside edge of our silicon cupcake liners. 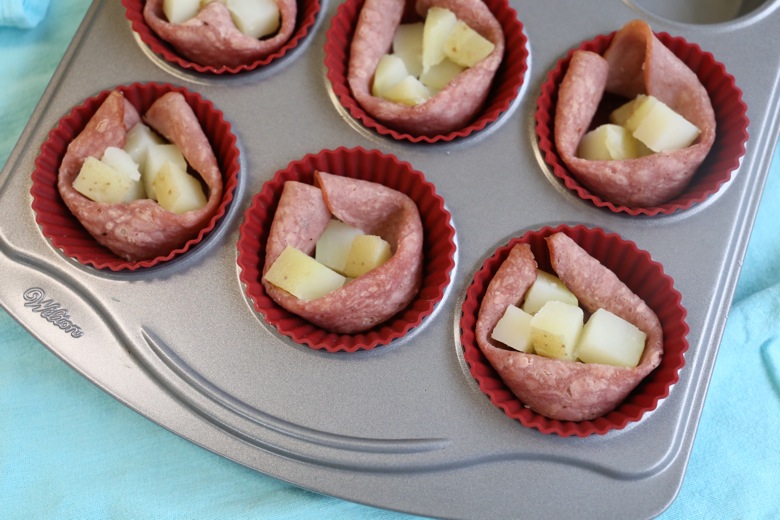 After that, Grae simply filled the liners with the other ingredients.  We filled the bottoms of the cups with potato cubes… 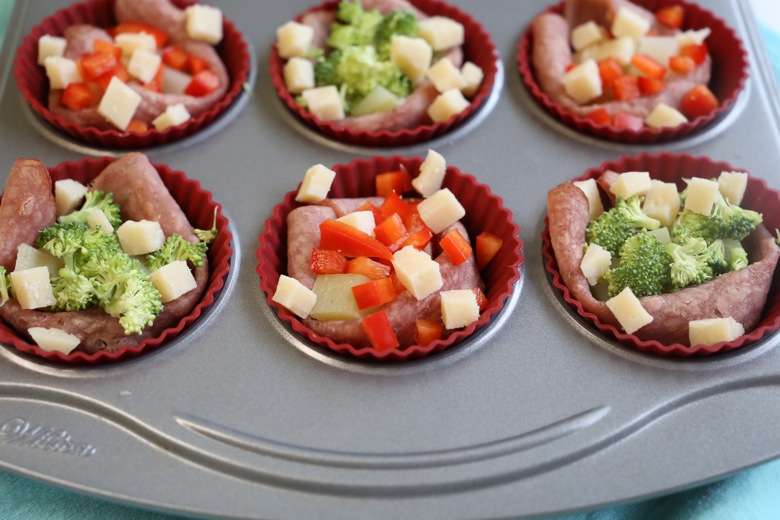 And then added our veggies and cheese on top.

With that done, I filled the cups to the top with the egg mixture and popped them into the oven {which was heated to 350 degrees}. 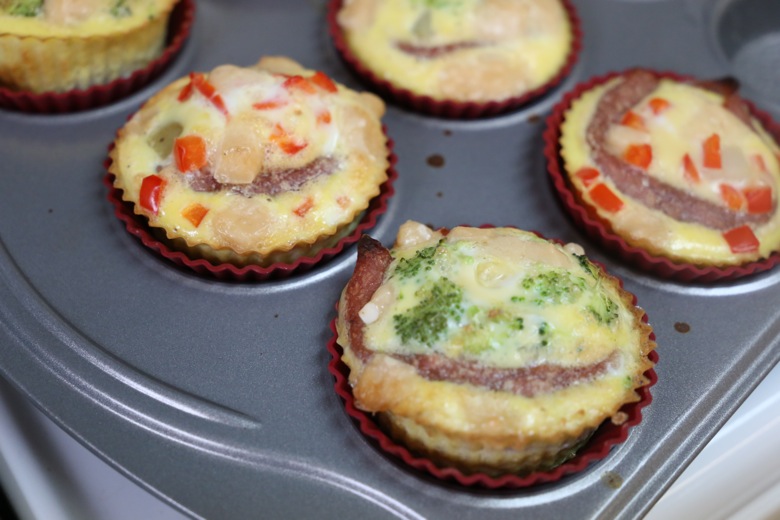 After about 20 or 25 minutes {I lost track while attempting to bathe two kiddos during the cook time!}, the egg was no longer jiggly and the edges were just beginning to get golden and pull away from the silicon liner, so we pulled them out of the oven. 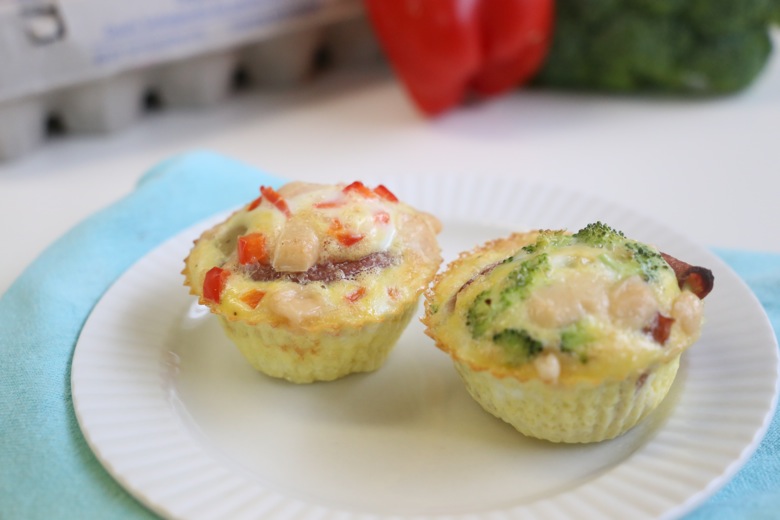 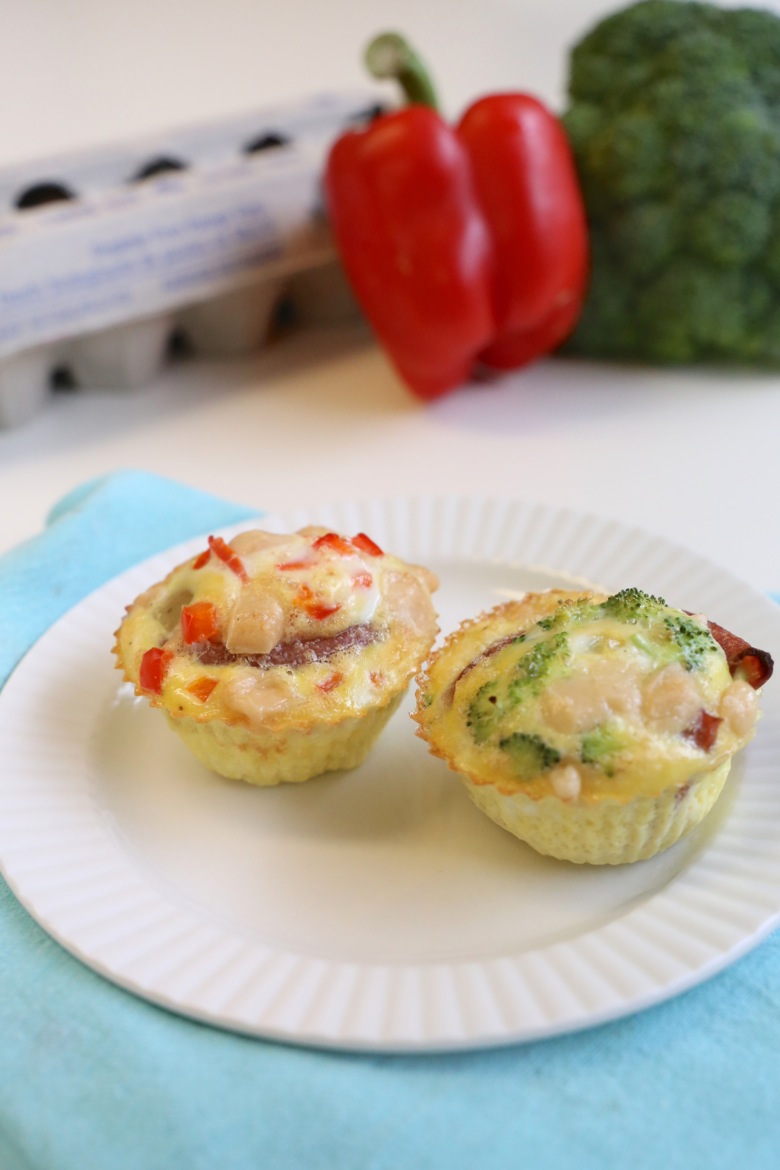