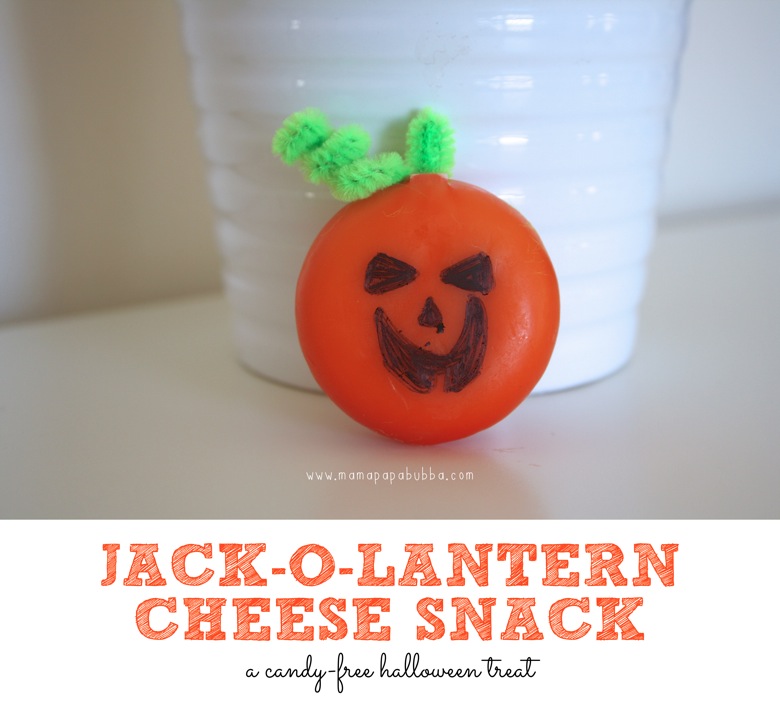 I created this silly little jack-o-lantern on a whim this afternoon and paired it a few crackers and a bunch of apple slices as an afternoon snack for Miss G.  Being that it was the first time I’d ever served her a jack-o-lantern made of cheese, I knew she’d really get a kick out of it, but she honestly thought it was the funniest, BEST thing EVER.  Who knew a simple cheese snack could make someone’s day?

END_OF_DOCUMENT_TOKEN_TO_BE_REPLACED 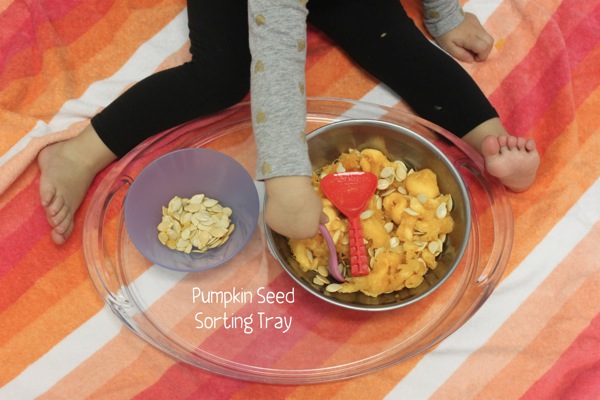 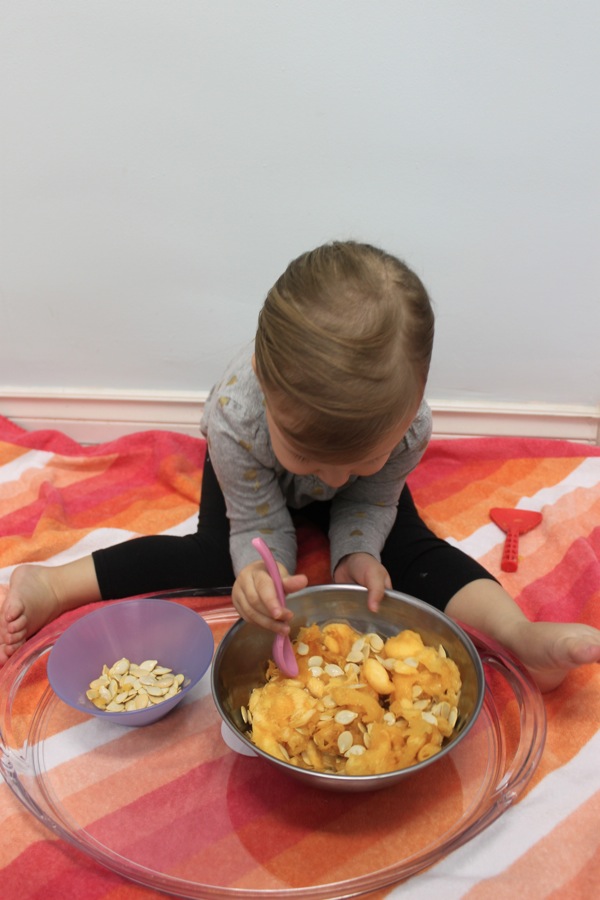 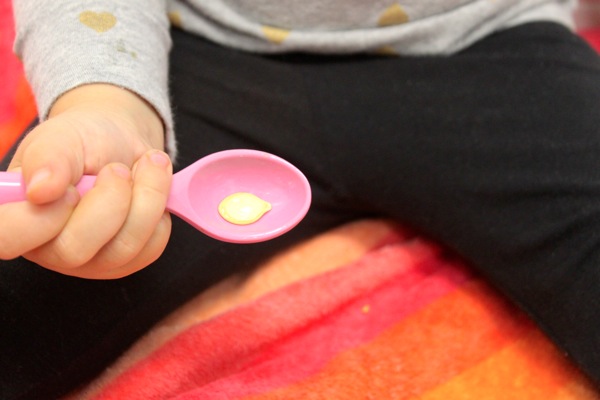 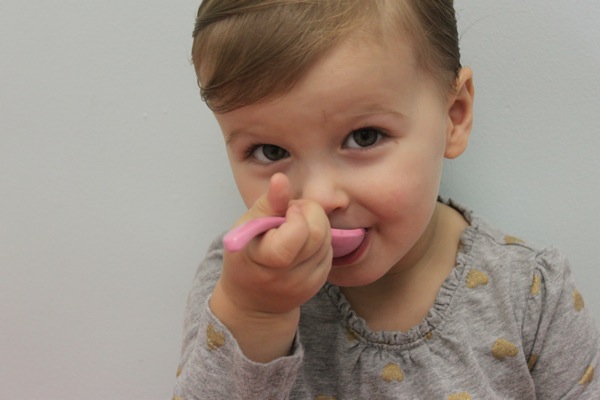 Last year, we all carved our pumpkins together.  And though Gracen had a blast scooping out pumpkin guck, sorting seeds, and watching the carving action, she didn’t really get to take part in decorating her own pumpkin.

So this year, we decided to switch it up a little.  Brad and I still carved our pumpkins, but in order to let Gracen be fully in charge of decorating her very own garden-grown pumpkin, we set her up a little pumpkin painting station. 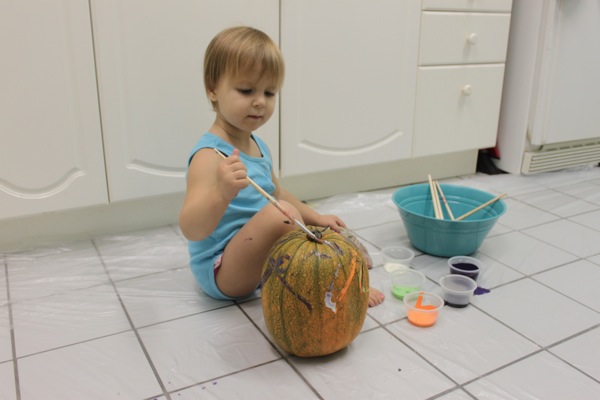 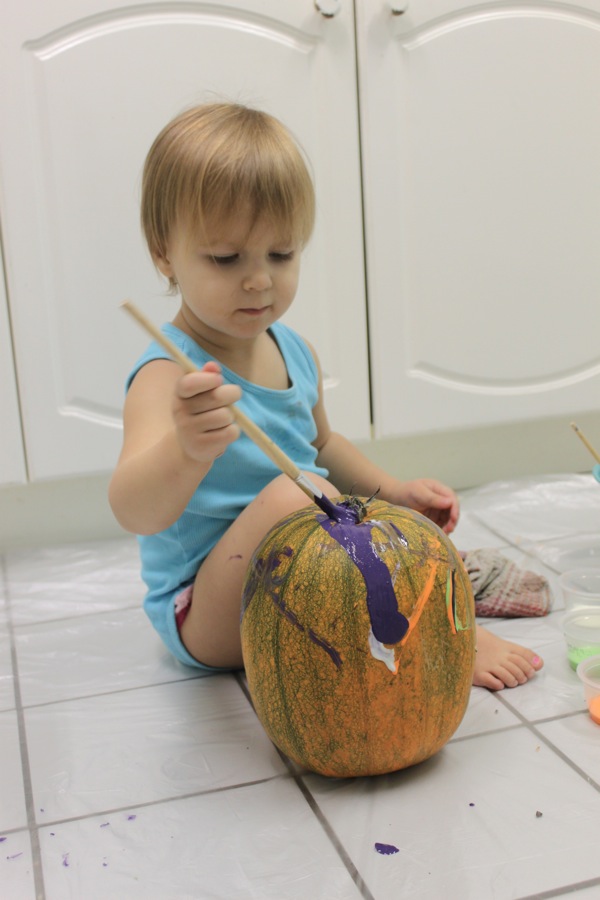 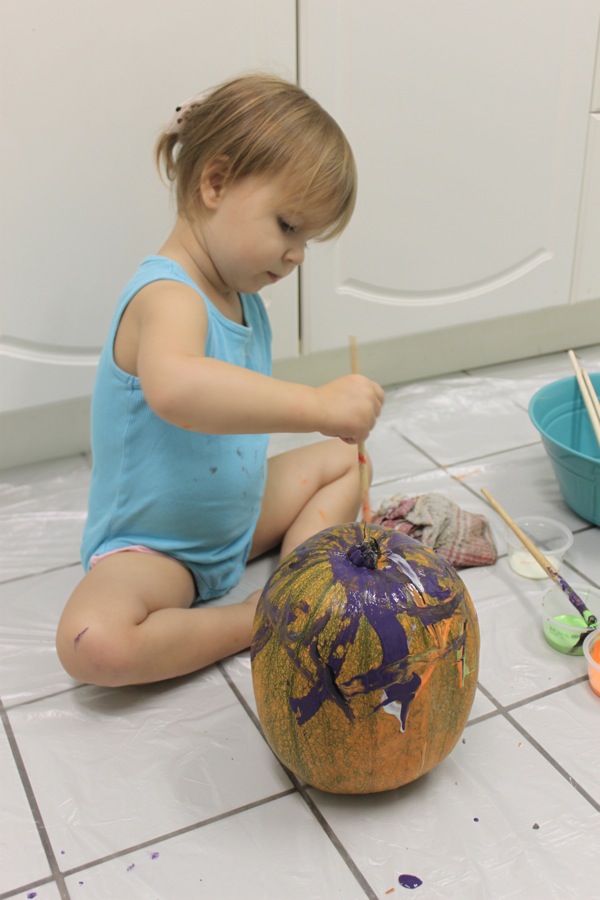 With a handful of brushes and little containers of purple, green, orange, black, and glow-in-the-dark acrylic paint, Grae got busy beautifying her pumpkin. 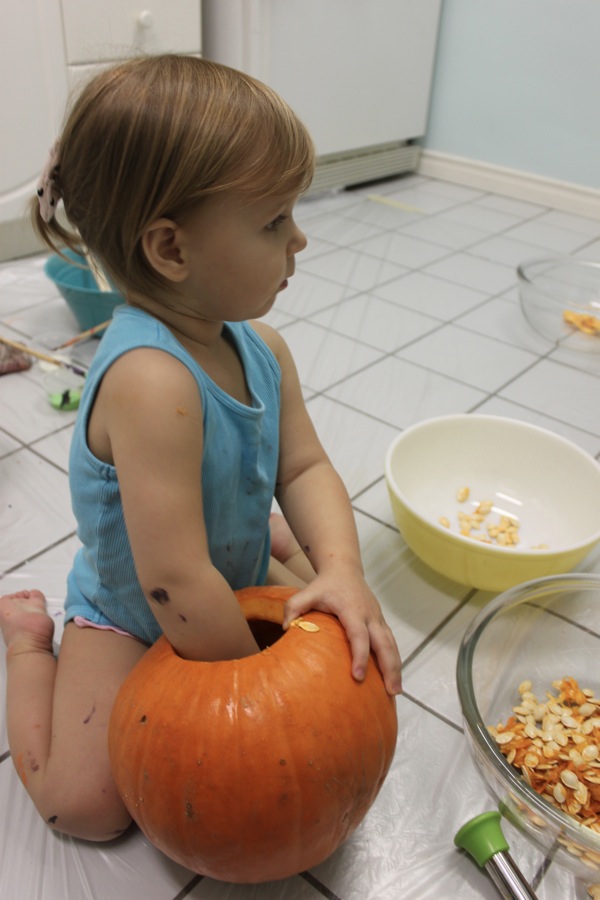 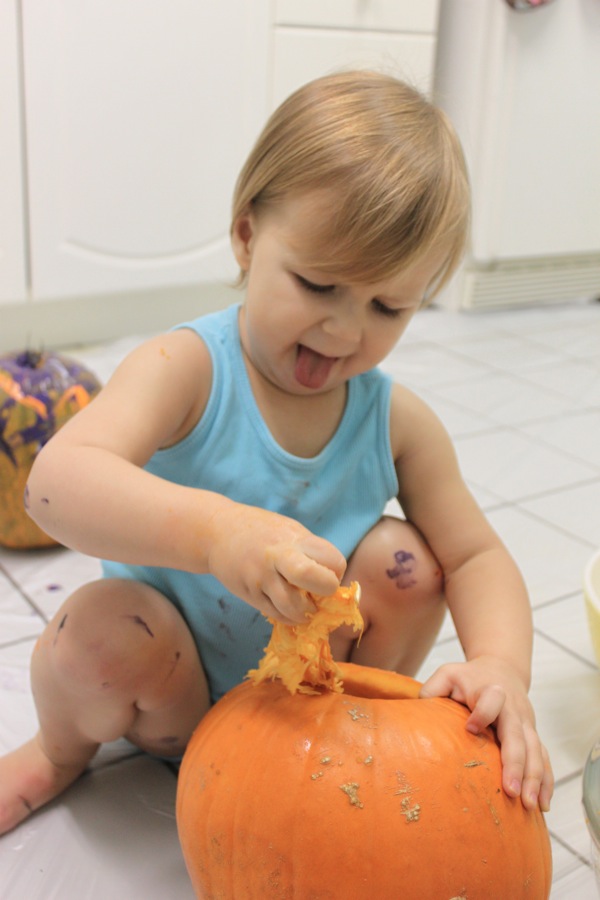 It was  the best of both worlds, because not only did she get to decorate her pumpkin, but she also got to help us do all of the fun messy parts of carving ours. 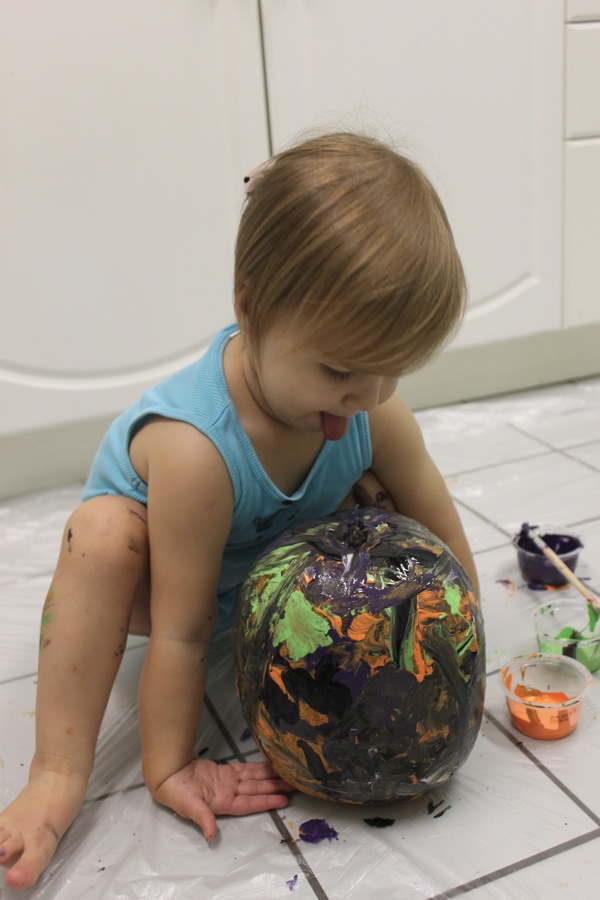 After having her fill of icky gunk scooping, it was back to pumpkin painting. She covered  the entire thing in a thick layer of paint and then we let it dry overnight. 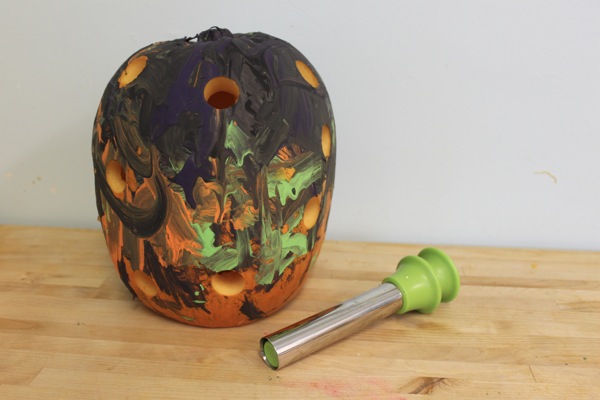 The next day, we used a little trick I learned years and years ago and cut a hole in the bottom of the pumpkin (no need to mess with trying to get a lit candle in through the top – you simply set your candle down on a surface and place the pumpkin on top).  Together, we scooped the insides out and used our apple corer to polka dot the pumpkin’s surface (which worked brilliantly, btw). 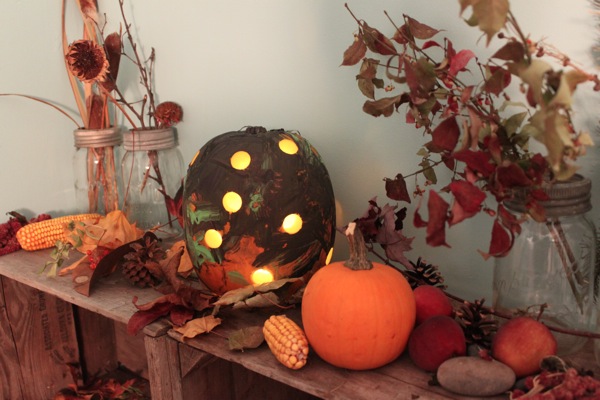 Gracen loves it.  It glows just like Mama and Papa’s jack-o-lanterns do, and we were able to preserve almost all of her painting masterpiece. 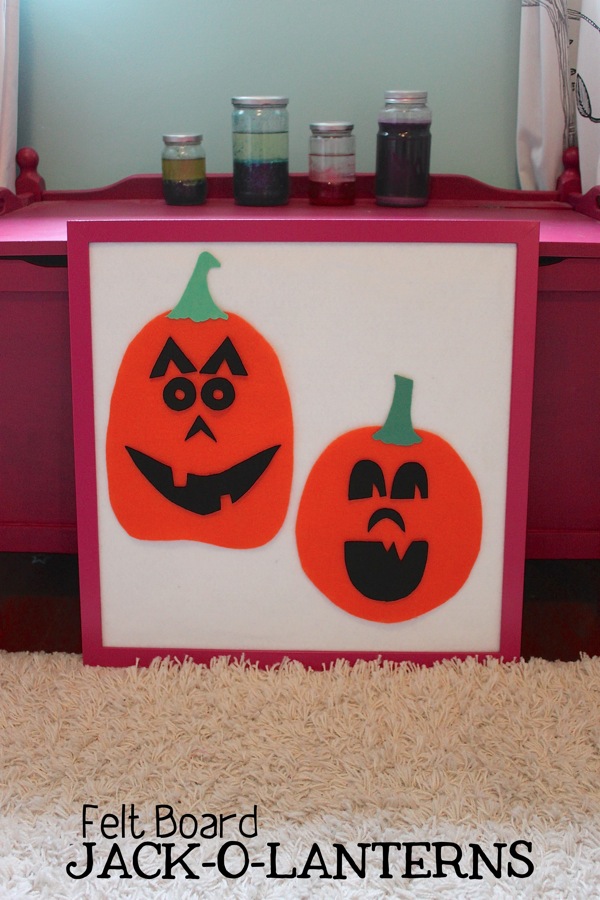 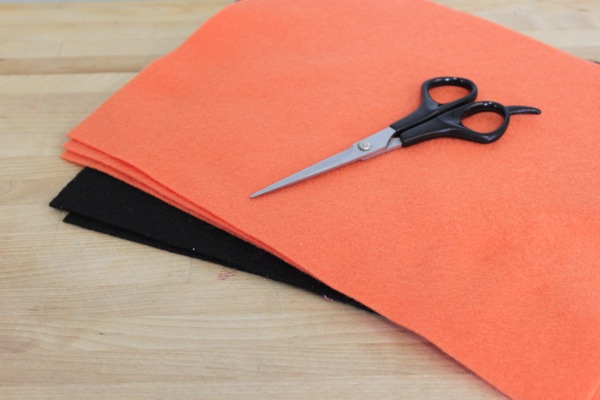 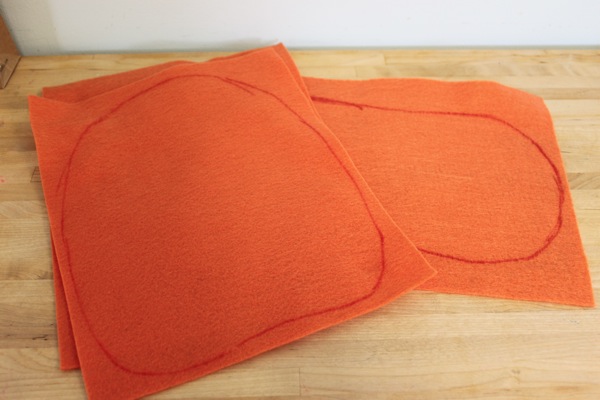 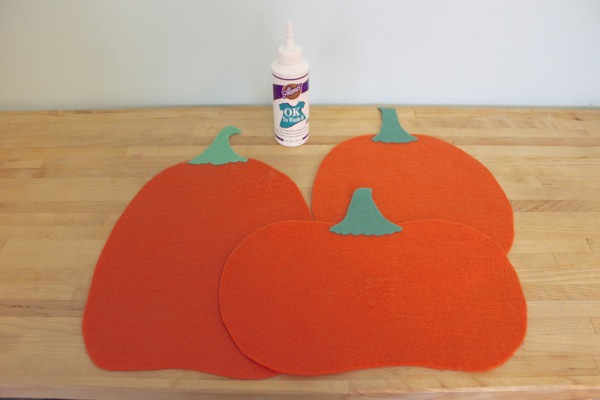 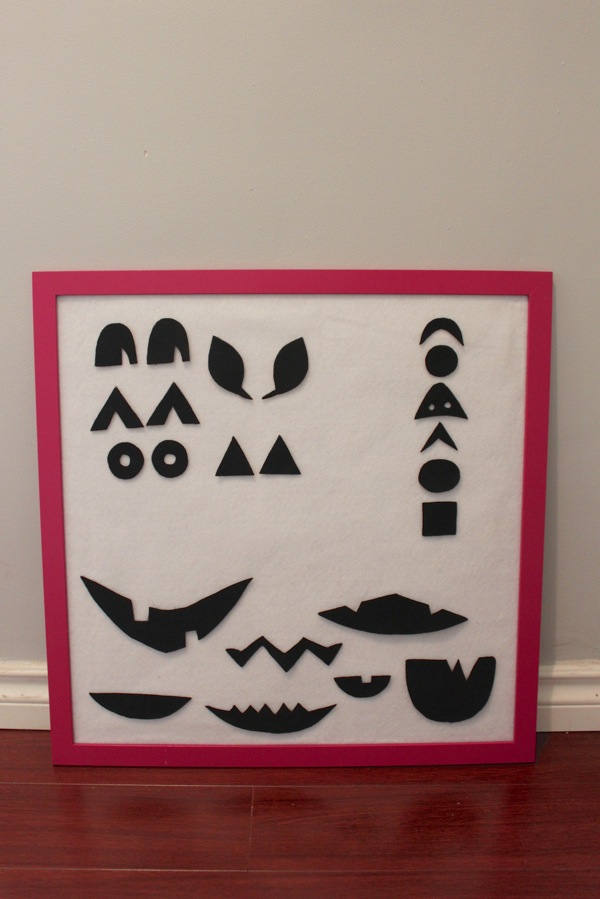 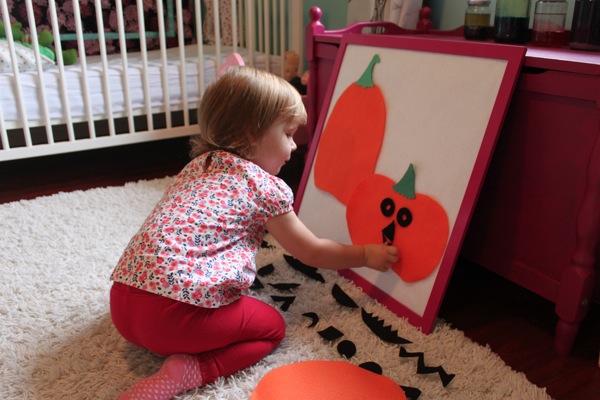 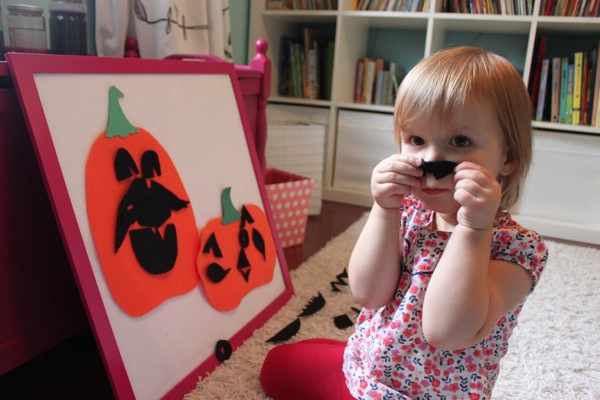 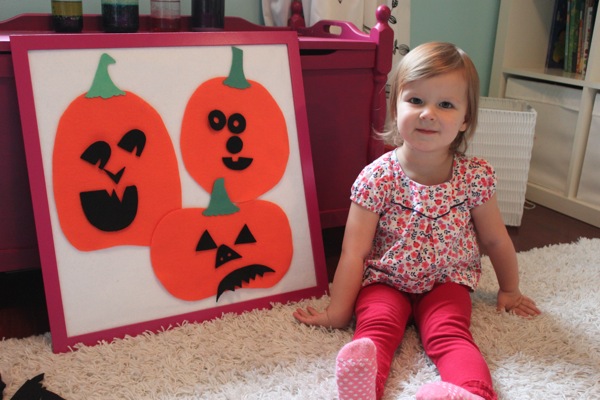