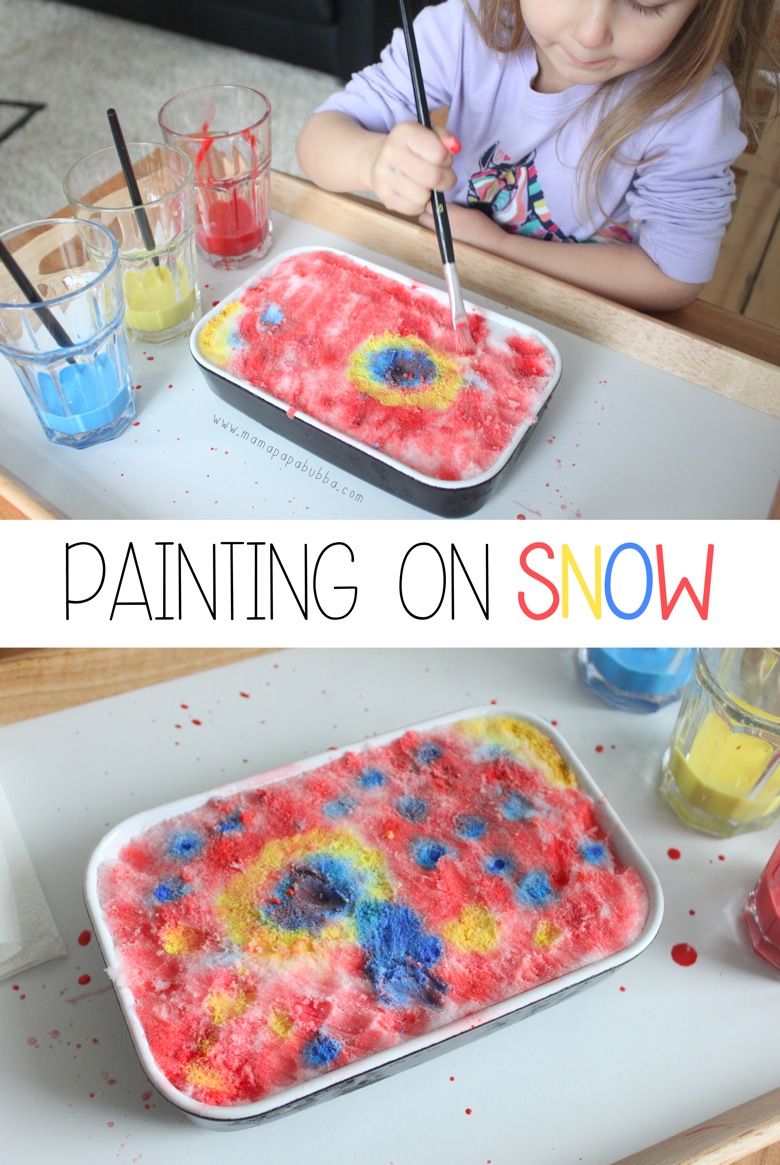 After our recent attempt at painting on snow turned out to be painting on ice, we decided to give snow painting another go this morning.

END_OF_DOCUMENT_TOKEN_TO_BE_REPLACED 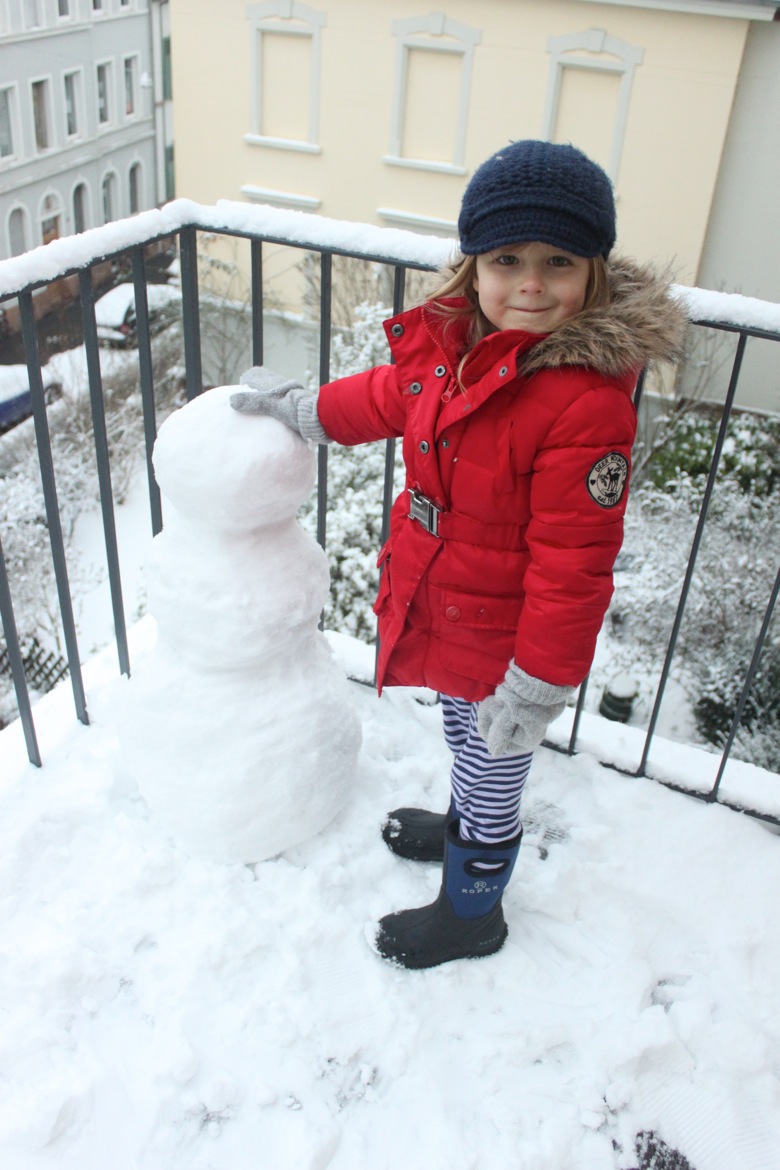 END_OF_DOCUMENT_TOKEN_TO_BE_REPLACED

And Miss G could not be more thrilled about it.  Why?  According to her, the very best thing about snow is ‘always having a snack nearby’.  Hah!  Seriously.  And not only does she eat it as we walk along the streets, but she regularly brings cups of it inside to eat with a spoon too. 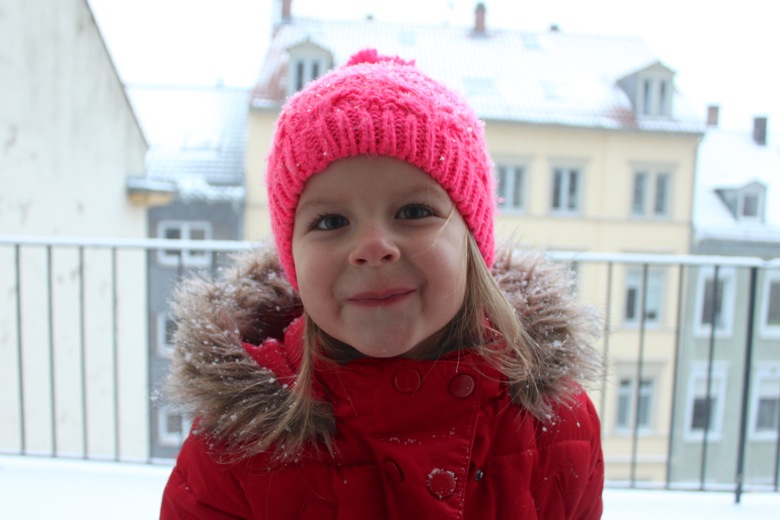 END_OF_DOCUMENT_TOKEN_TO_BE_REPLACED

Today, well into our morning routine of sitting at the table together sipping on hot drinks before the sun rises, we realized something… 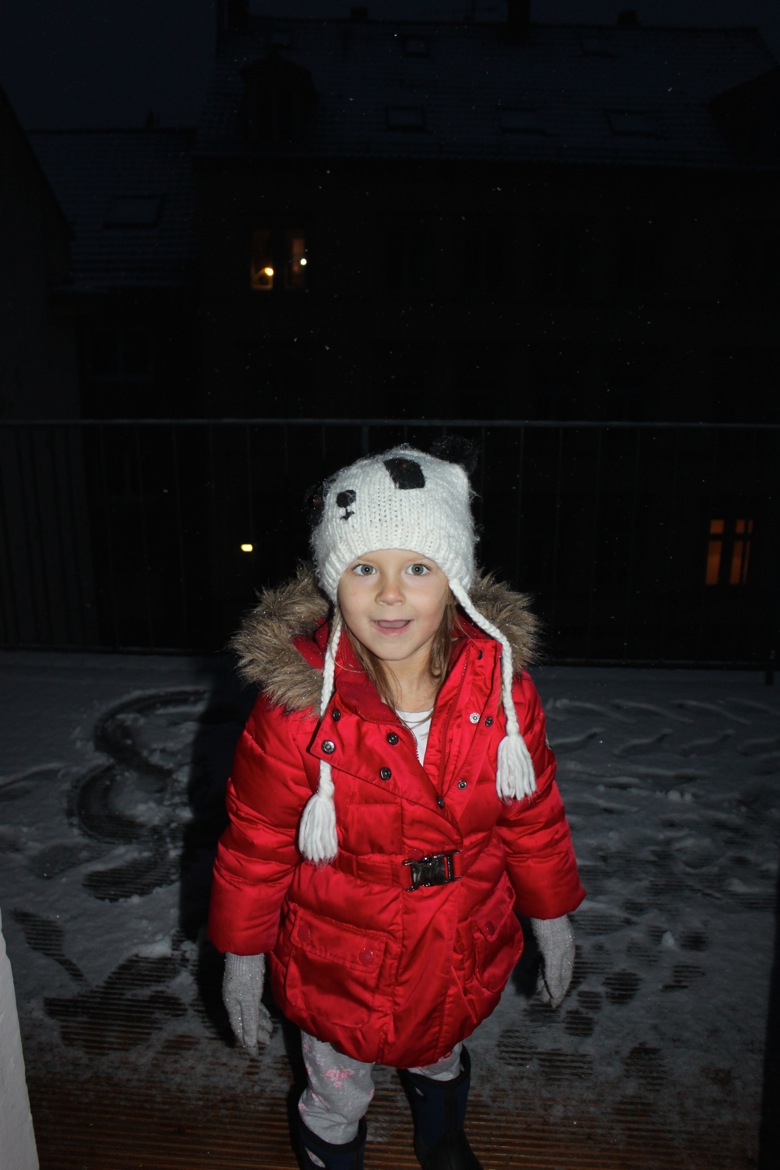 Our balcony was covered in a blanket of snow!  It was so dark outside we hadn’t noticed even though we’d been sitting right in front of it for nearly 30 minutes, but the moment we did, we threw on our coats and boots {in between shrieks of ‘It’s snowing, Papa!  It’s snowing!’, of course} and headed outside to play.  It was heavy and sticky – the perfect snow for building things with, which made it that much better.

END_OF_DOCUMENT_TOKEN_TO_BE_REPLACED 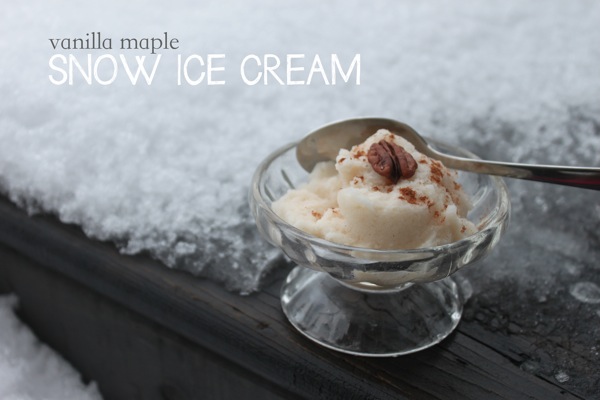 I’ve seen snow ice cream floating around the web a lot lately (like here, here, and here)…  Some recipes use eggnog, some use sweetened condensed milk, some use vanilla pudding powder, and others use raw eggs.  The trouble is that I wouldn’t feel good about giving any of those things to my little lady.  So today we set off to create a healthier version.  (It would have been a shame not to with all of this snow we’ve been getting in the Okanagan!)

I’m happy to report that the end result turned out wonderfully!  It was sweet, creamy, and delicious – a perfect afternoon treat. 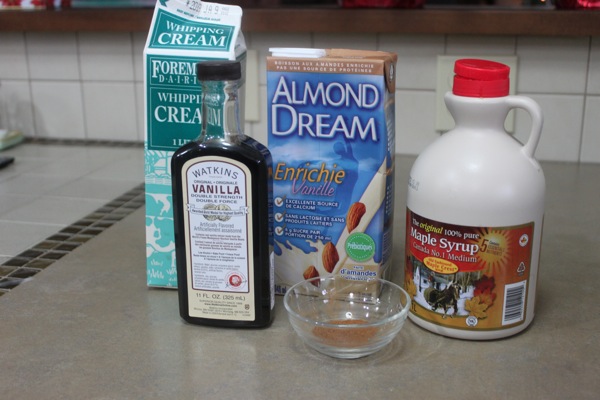 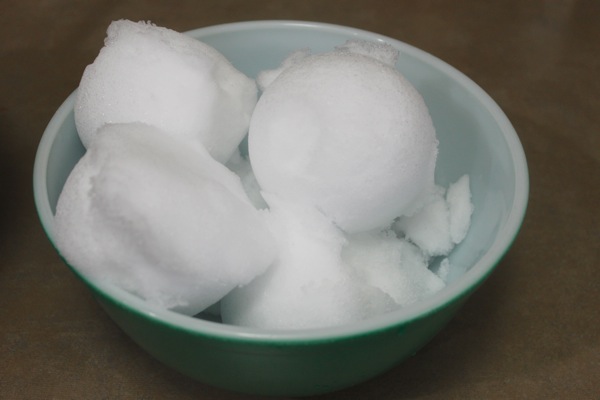 Oh, and a bunch of this – light and fluffy freshly-fallen snow. 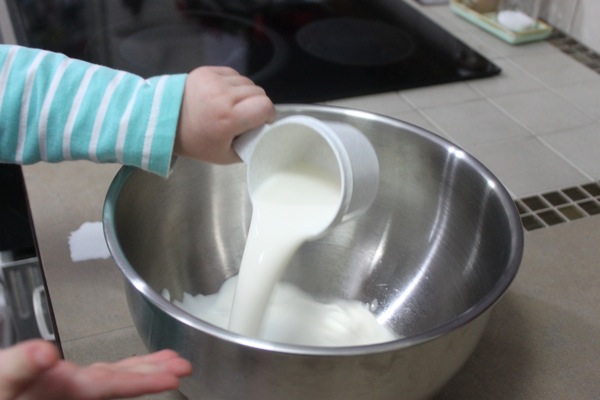 To get us started, Gracen poured both the cream and vanilla almond milk into a large mixing bowl. 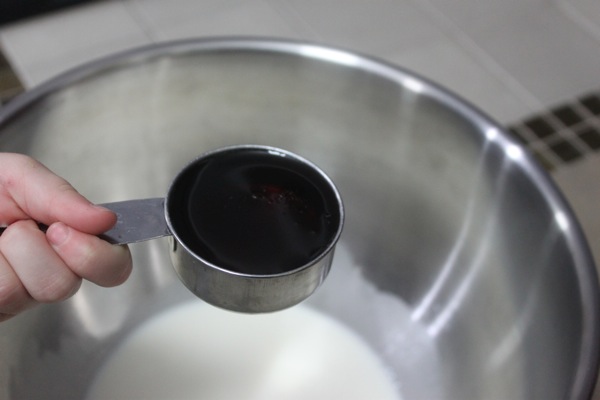 Then she added some pure maple syrup… 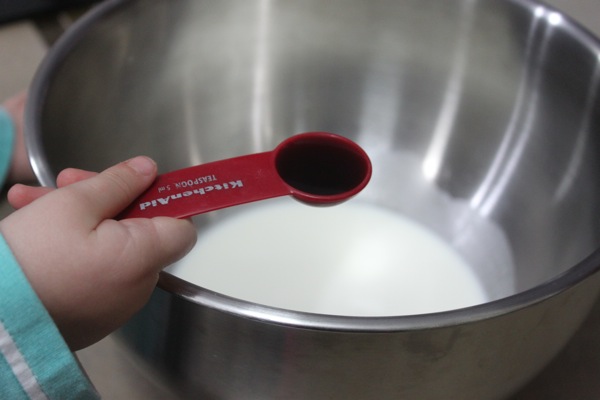 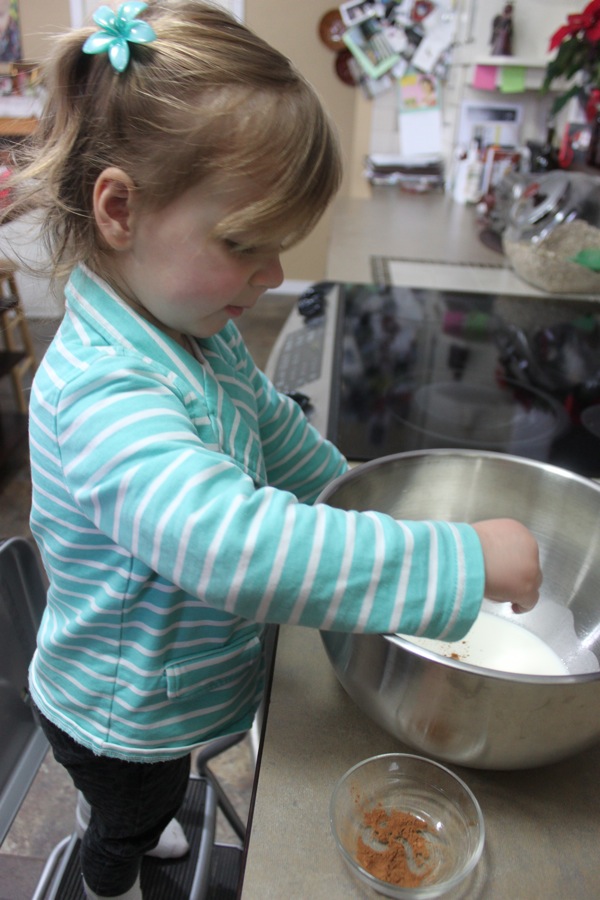 And a few pinches of cinnamon. 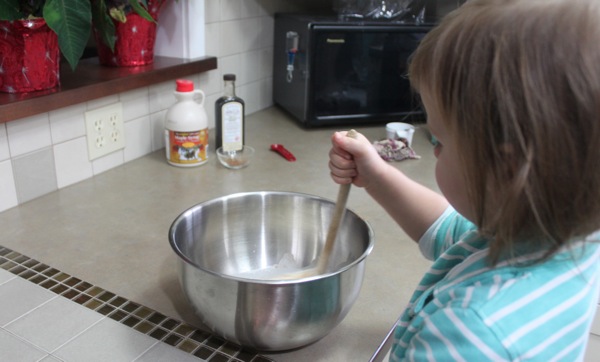 Then she stirred everything up. 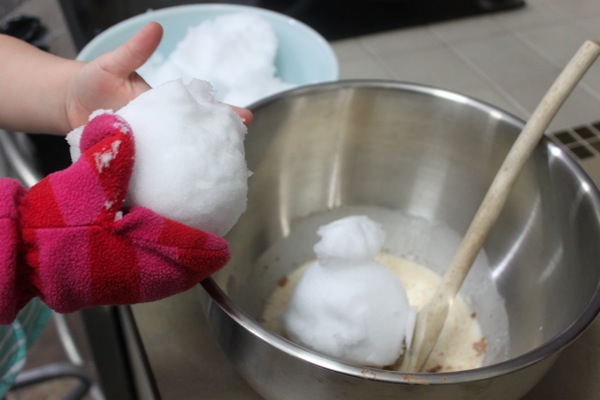 The next step involved adding the snow. 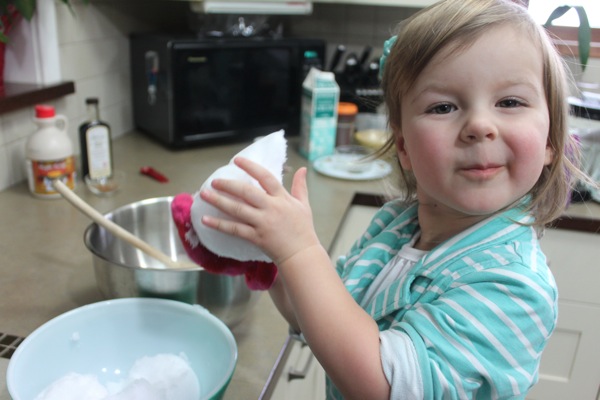 The monkey requested a mitten in order to get the job done. 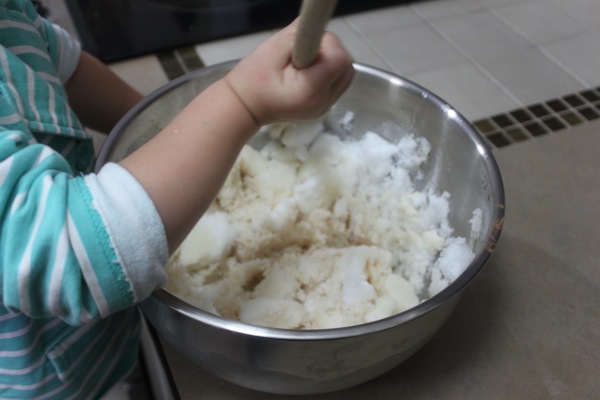 With all of the ingredients added, it was time to mix, mix, mix. 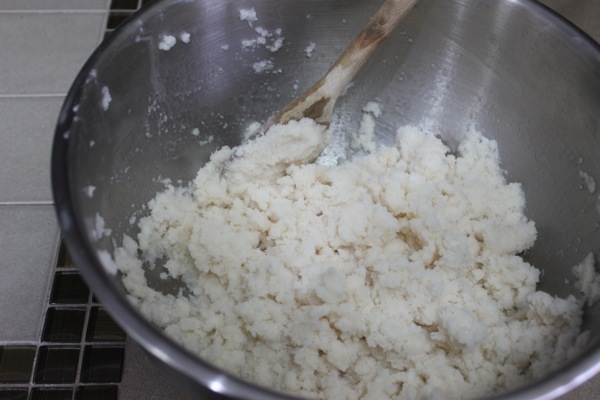 We found that alternating mixing with a sort of mashing motion worked really well and broke up the clumps at the same time.  Here’s what our batch looked like once it was ready. 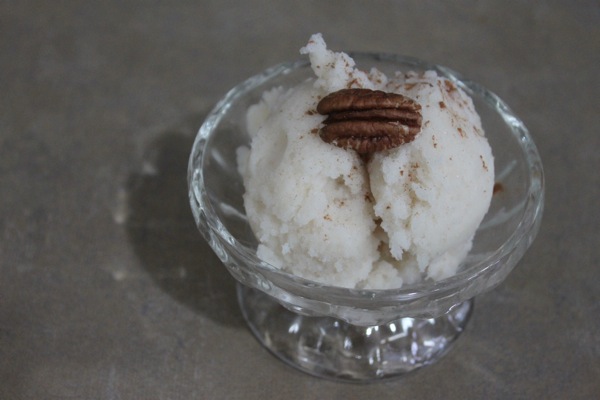 To serve it, I added a little sprinkle of cinnamon (Miss G loves it and it has great health benefits, so we add it to a lot of things) and topped it with a pecan. 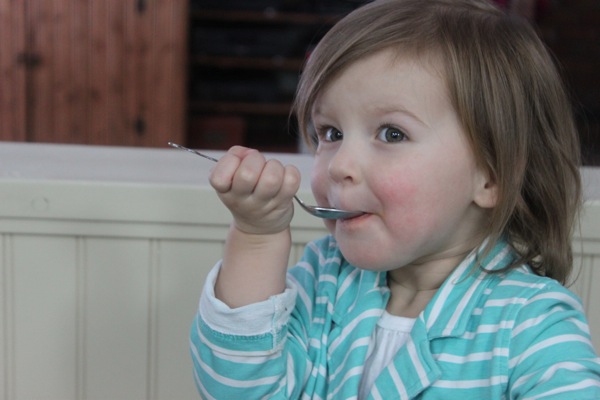 Not only was it delish, but it was a really fun snowy day activity.

Vanilla Maple Snow Ice Cream
Add the milk, cream, maple syrup, vanilla, and cinnamon to a large mixing bowl and stir well.  Add the freshly fallen snow and mix until all ingredients are evenly distributed and clumps are broken up.
Enjoy!
A couple of quick tips based on our experience…