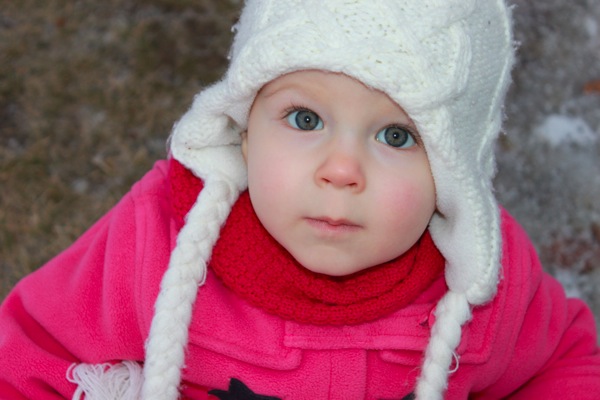 It was a lot cooler today than yesterday, but that didn’t stop us from heading out on our second snow adventure.

We got Grae bundled up and snuggled in her sled… 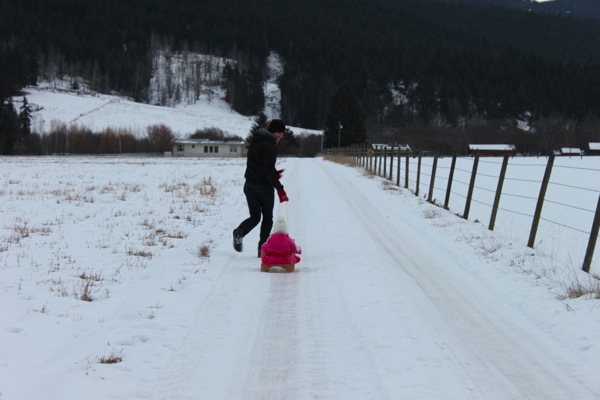 Then headed down the lane… 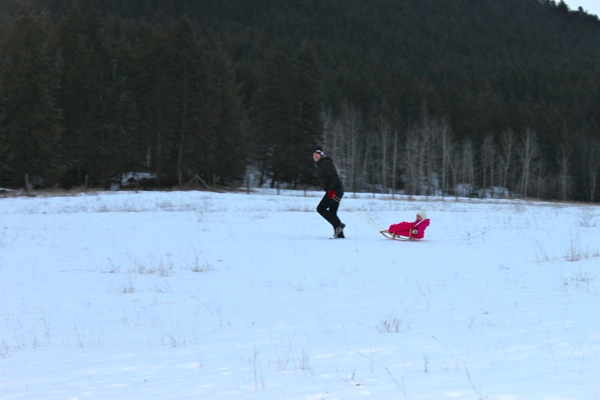 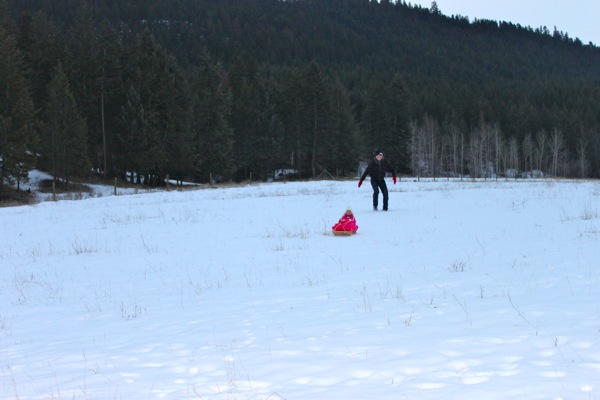 We found a nice little path and with Brad at the top and me at the bottom, sent the little lady down the slope. 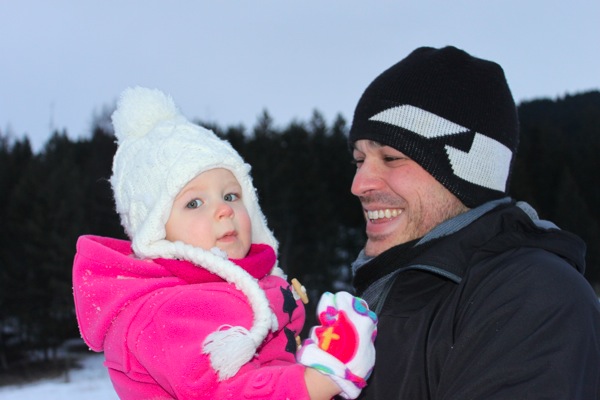 Apparently we were a little too ambitious with the length of our sled run because poor little G took a tumble about halfway down.  Oopsies!  Parenting fail.  She’s such a little trooper that she just laid there until we came and rescued her. 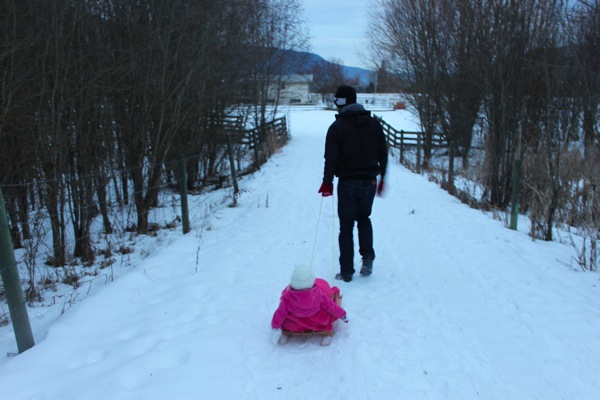 We did a couple more runs and then headed back down the hill. 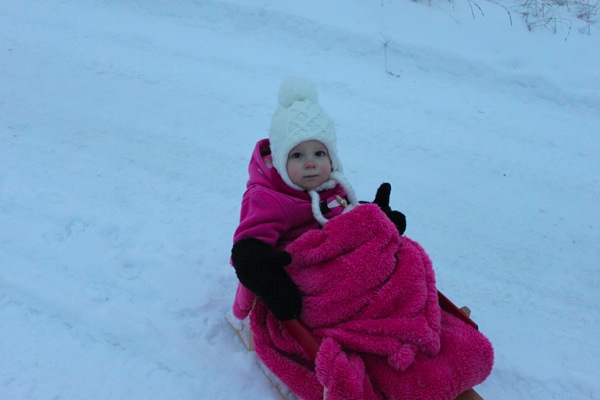 By the end of it, we were all chilly and Gracen was unimpressed that she had to wear Mama’s mittens when she didn’t even want to wear her own.  Time to call it a day.