Bradley had the day off today and since I didn’t get a call to sub until it was too late to actually make it out to Surrey on time, we got to have an unexpected family day… Yay for that.  We’ve been kind of missing living on the westside of the city lately, so we decided to head down to Broadway to browse the shops and grab some coffee. 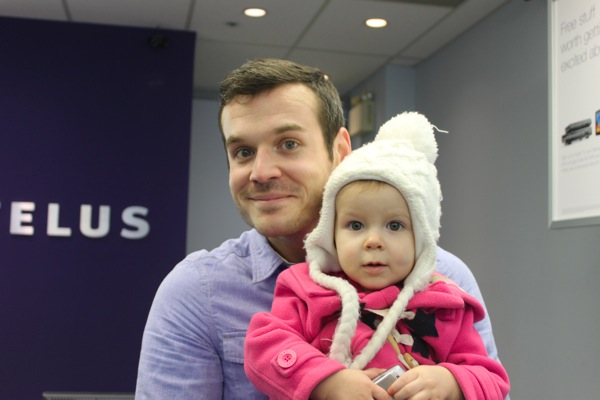 Uncle Brett works on Broadway, so we were hoping we’d see him when we stopped to peek in the window of his store.  Sure enough, he was there!  We popped in for a little visit, and lucky for us, he was able to escape for a bit and join us for an afternoon snack at the sushi restaurant next door. 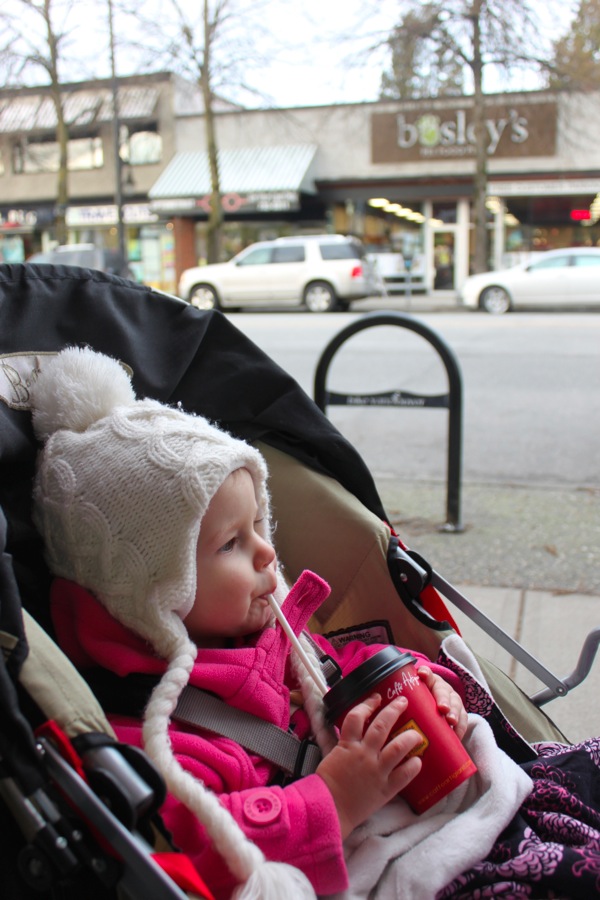 Afterwards, we visited Kidsbooks (which was amazing as always) and a few other shops before stopping at Caffeé Artigiano for a hot drink.  Even Baby G got a little steamed milk with cinnamon.  She was beyond excited about it and slurped up her last bit  before I had even had three sips of my coffee.  That’s our little milk-loving monster. :)