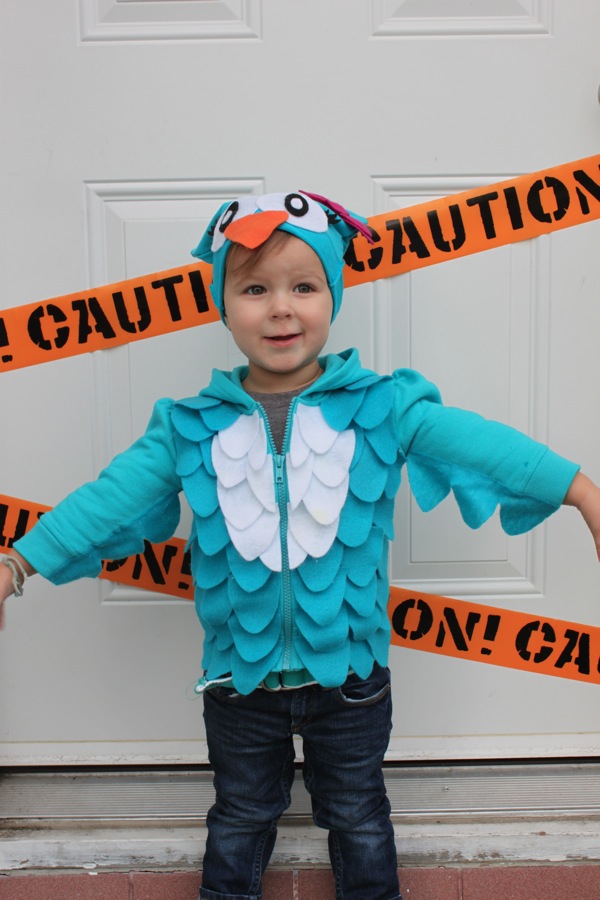 Though still early, our Halloween festivities began this afternoon when our little family of three headed down to the PNE Forum to take in The Great Big Boo!, a family-friendly, non-scary musical.  Audience members were asked to dress-up for the show, and since I haven’t yet made this year’s round of costumes, we pulled out last year’s owl costumes and gave them a little bit of extra play time. (FYI: Brad and I were two of a total of FOUR parents dressed up at the show. Yes, we looked a little bit silly.) Gracen was more than happy to sport her little blue owl costume again, and I was even happier that the costume still fit. 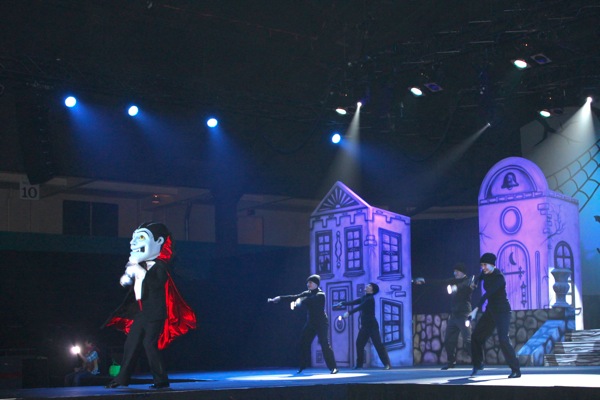 We arrived to the Forum, selected aisle seats four rows from the front (score!), settled in, and waited for the show to begin.

The story followed two children, Justin and Zoe, as well as wacky inhabitants of ‘Boo Alley’, on an adventure to save Halloween from Wendella the Witch, who has cast a spell on the street.  As soon as the show started, Gracen was captivated.  The glowing set, the funny characters, the catchy music, and the fantastic dance numbers made for a combination just perfect for keeping the attention of little ones.  Gracen was sold. 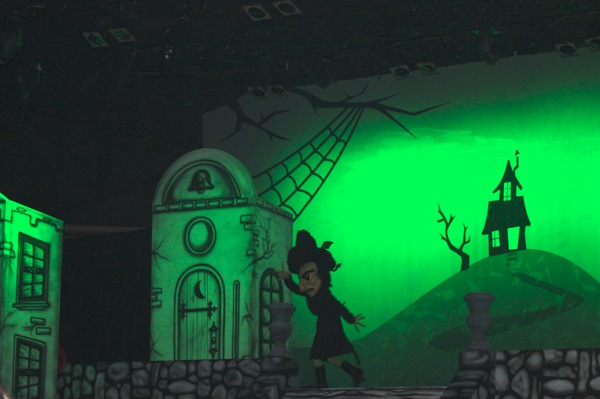 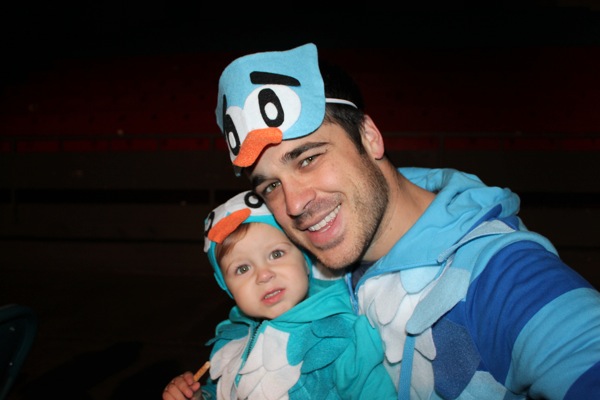 Despite the fact that the show is intended to be non-scary and suitable for children of all ages, I’d be fibbing if I said Grae wasn’t a little bit frightened by a few of the characters (mainly Wendela the witch, but also Cranium the Mad Scientist and Vinne the Vampire).  It was enough for her to ask to go for an unneeded  bathroom break, as well as for her to tell us that she was sleepy and wanted to go home, but then again this is our ultra-sensitive little girl we’re talking about… The one who has been known to burst into big alligator tears during ‘Five Little Ducks’ because she feels so sad for the mama duck who’s lost her ducklings. 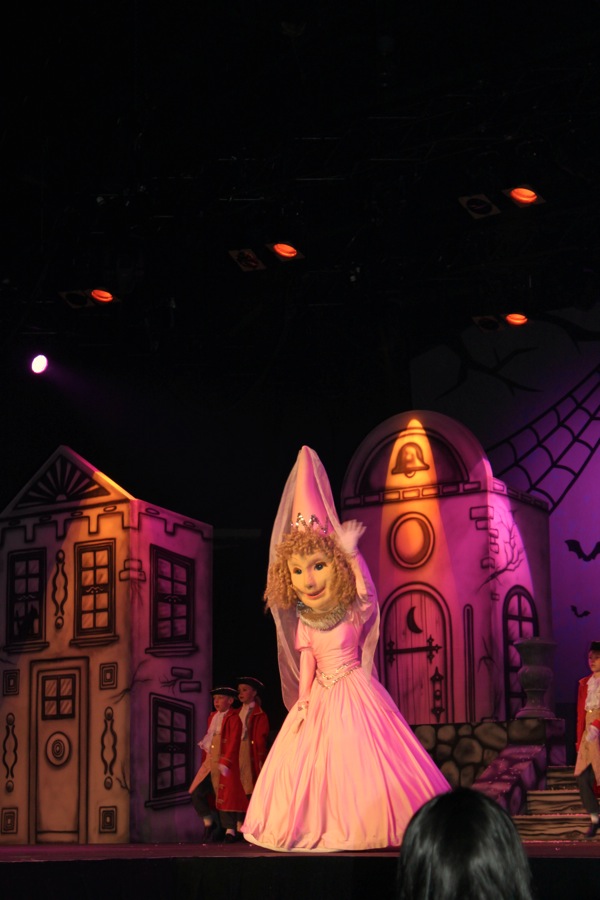 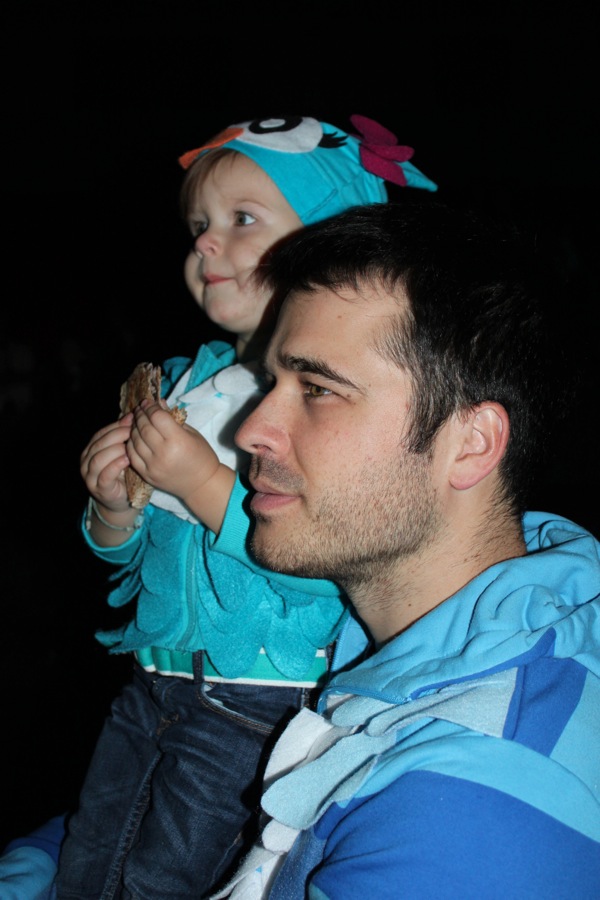 Luckily the “scary” parts were broken up by fun, upbeat dances and didn’t last very long.  Before we knew it, Priscilla the {very cheerful and not at all scary} Princess was on stage and Gracen was happy to continue watching the show while eating her dinner. 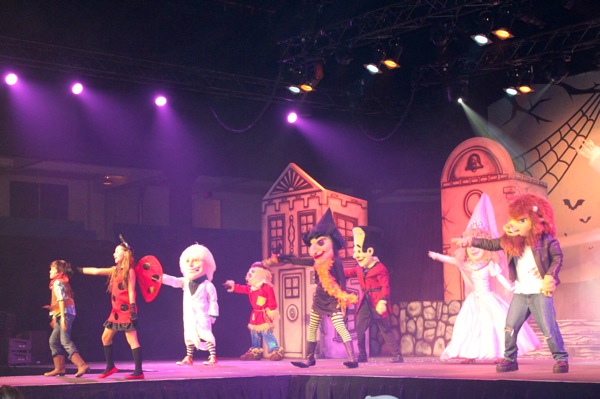 Of course, with the help of her friends, Wendella the Witch eventually discovers the true spirit of Halloween (because we attended the very last show of five, I don’t feel badly about sharing how it ended), and all is right in Boo Alley once again.  The cast celebrates with a giant high-energy dance number and at the end, kids are invited to get up and dance alongside the characters. 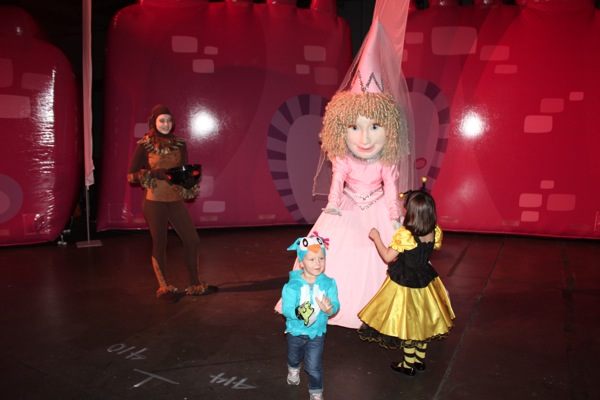 The show was just over an hour long with a 15 minute intermission included, which was perfect for Gracen. Afterwards, children were invited to visit the cast of characters in a separate area of the arena to trick-or-treat.  Grae happily collected a couple of little goodies and then we were on our way. 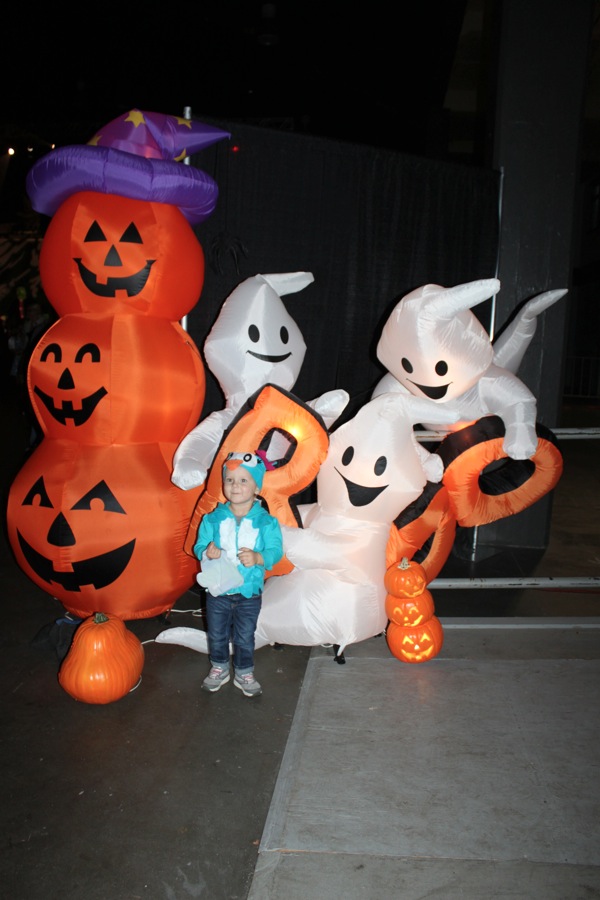 Overall, I’d highly recommend this show to those thinking about attending next year.  The show length was perfect, the intermission was great for bathroom breaks, the aisles were nice and wide so kids could get up and move, and the show itself was fun and engaging.

While you’re waiting for the show to come back next Halloween, check out The Magic of Santa, a theatrical holiday celebration being put on by the same production company in December.
♥