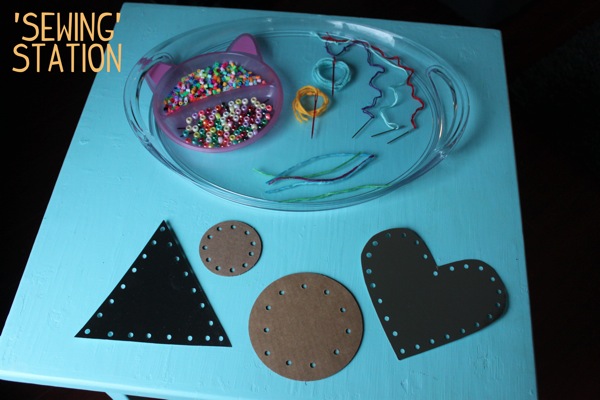 For the last few days, Miss G has really been enjoying the new set-up she has happening at her creative table (for a little bit of background info on the whole idea behind her creative table, click here).  While it would probably be more appropriate to call this a beading and lacing station, Gracen saw it and immediately cheered, “A sewing station!”  To her, needles equal sewing, so a sewing station it is. 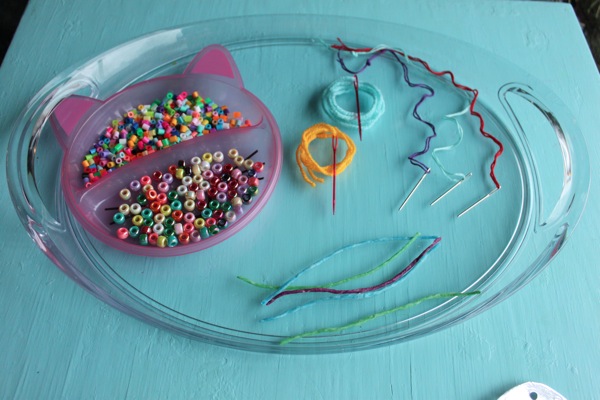 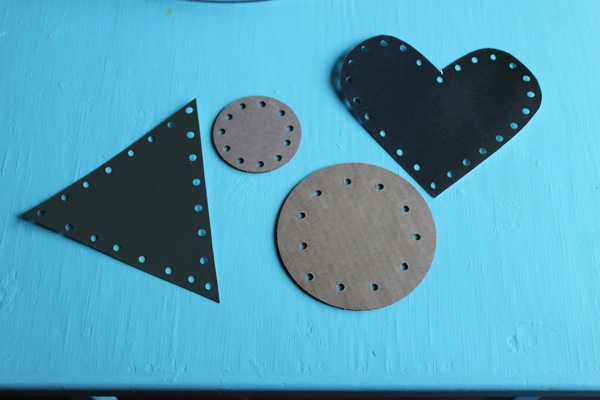 And some homemade lacing cards (simply made by cutting shapes out of card stock and cardboard, and punching holes around the edges). 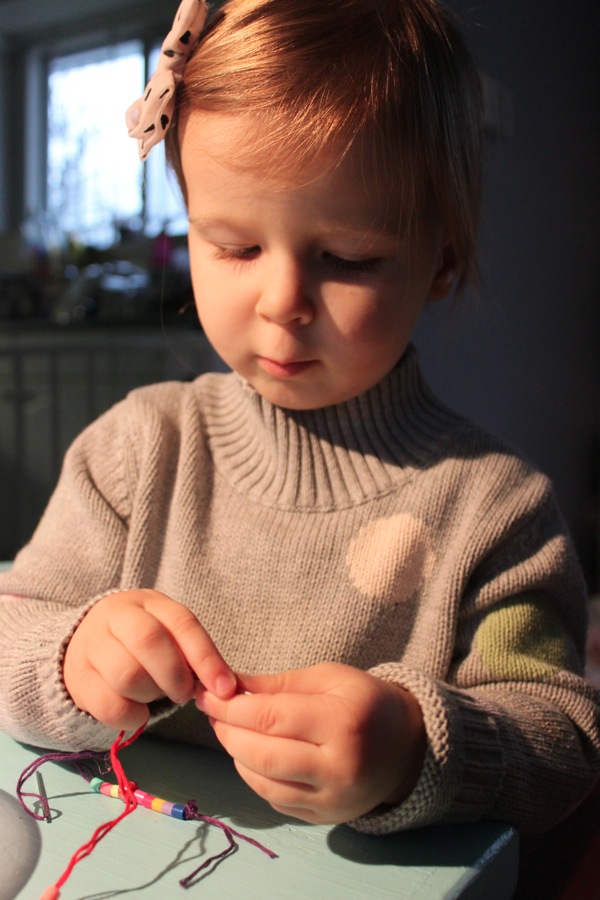 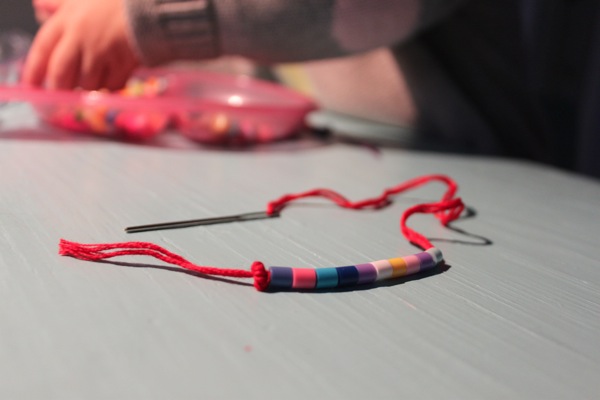 When Grae originally discovered her new sewing materials, she was by far most excited about the needles and thread, and got to beading right away… 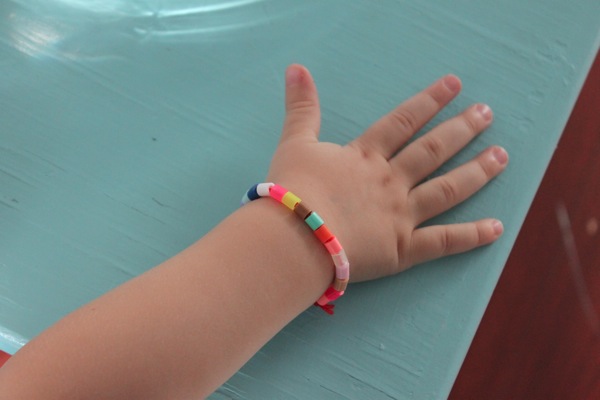 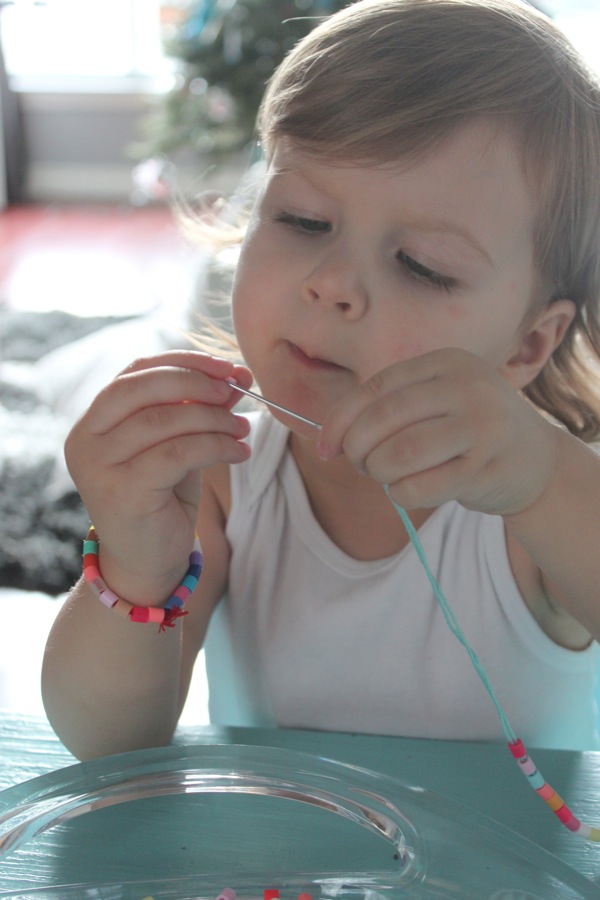 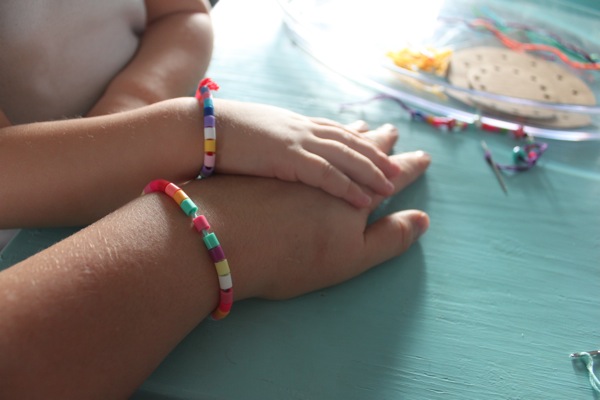 After a couple of days, she had completed not only a bracelet for herself (I helped with the tying of course), but one for her Mama too! 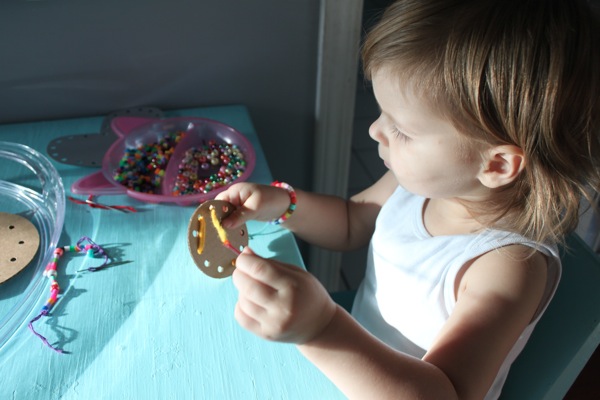 After that, she begun working on the lacing cards.  Right now she’s working on a lacing circle that has beads woven throughout.  She works on it a little each day, moving onto something else when she feels like it and returning when the urge returns. 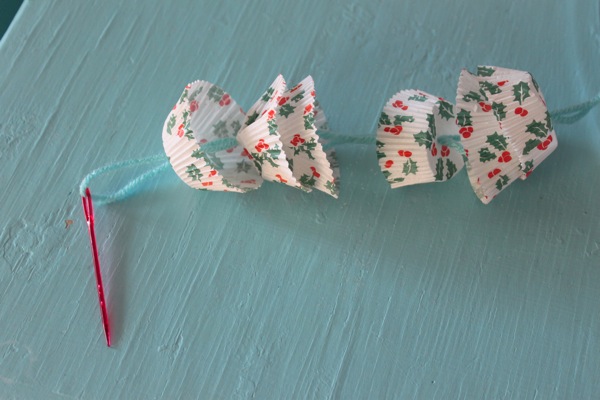 Something that often happens when it comes to her creative table {and sensory play} is that Grae adds to the materials as she goes.  These mini cupcake liners were all her idea. 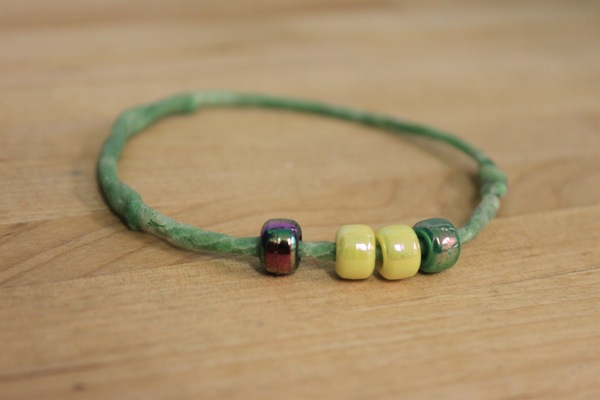 This is her most recently completed project…  A bracelet for Papa!  He couldn’t be left out, now could he?
To see some of Miss G’s other recent creative table set-ups, click here.
♥
Keep up with all the Mama.Papa.Bubba. fun, like us on Facebook here and find us on Instagram here.