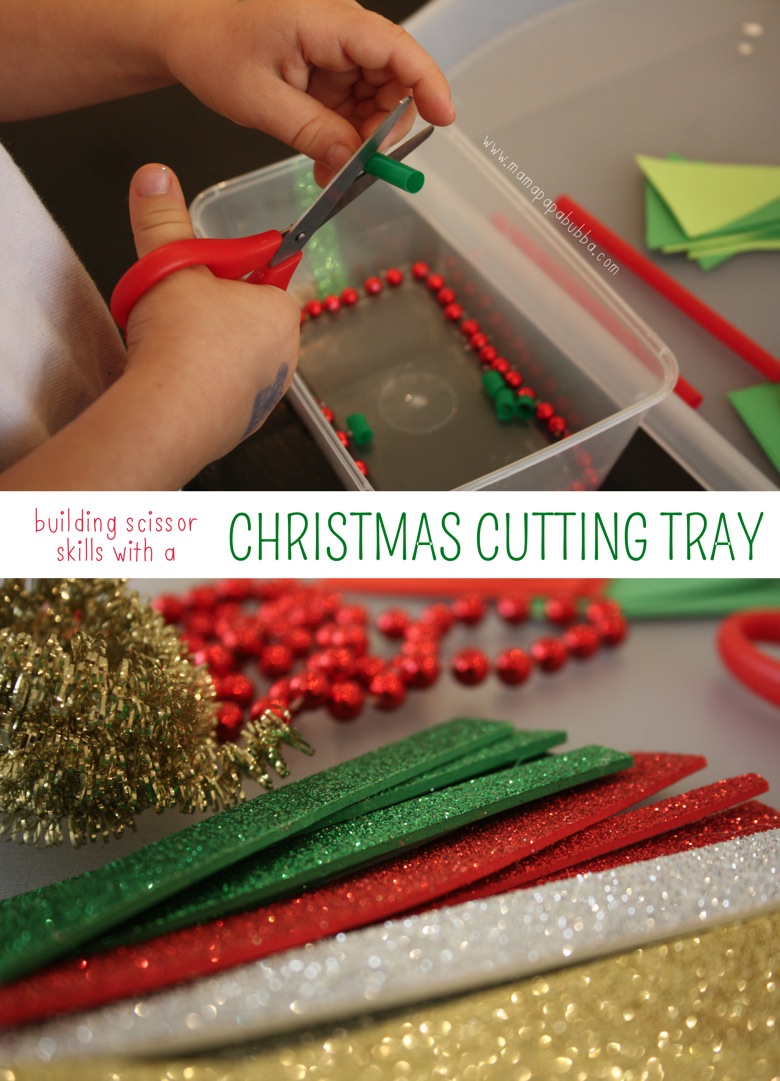 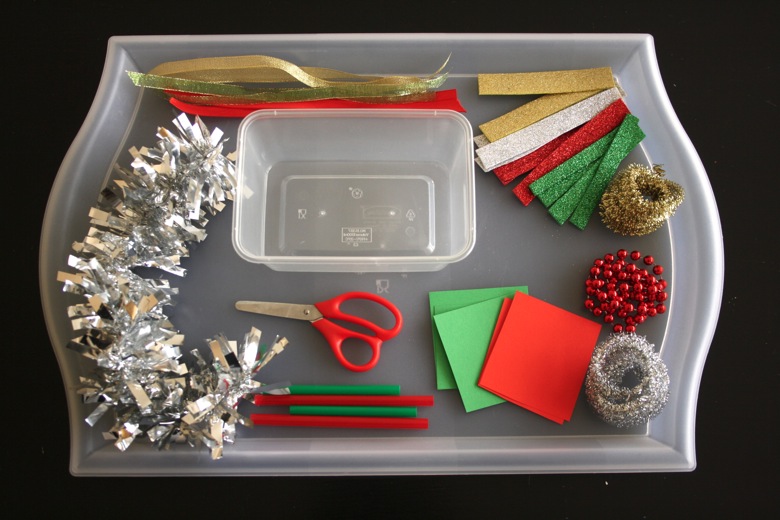 Here’s our Christmas cutting tray…  Included was a piece of tree garland, some ribbon lengths (some from a package and some leftover from Miss G’s superhero costume), some sparkly foam pieces leftover from our sticky Christmas tree, thin gold and silver garland I got on clearance at Ikea last year (yes, it made it all the way to kuwait), some red and green paper scraps, and some used and washed straw pieces.  The only new item purchased with this activity in mind was the red bead strings.  I found them in Ikea’s Christmas section and knew that they would be absolutely perfect for cutting apart one bead at a time. 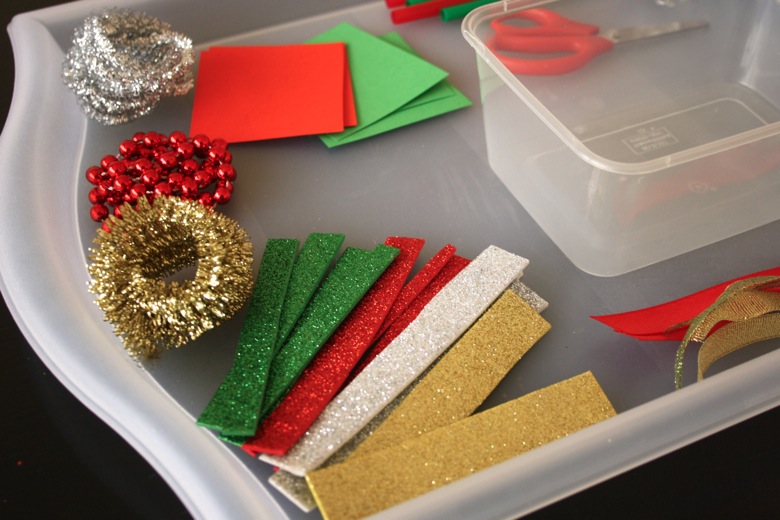 As soon as Gracen spotted the shiny, sparkly tray over on the coffee table, she hurried over to see what it was. 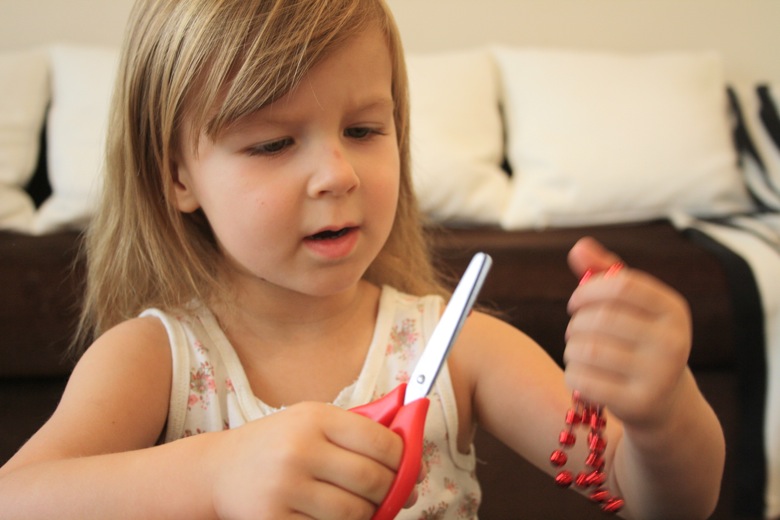 Her eyes lit up as she investigated each material, oohing and ahhing over their sparkle factor.  That is, until she came to the red beads.  She picked them up, picked up her scissors, and a wave of worry spread across her face.  “Mama, we’re going to cut up their BEAUTIFUL jewellery beads?!”  I could tell that that was not what she wanted.

“But look – we could wear them around our neck like necklaces instead!”  I explained that while they were there for cutting, she truly didn’t have to cut them if she didn’t want to, and with that she was happy to move on. 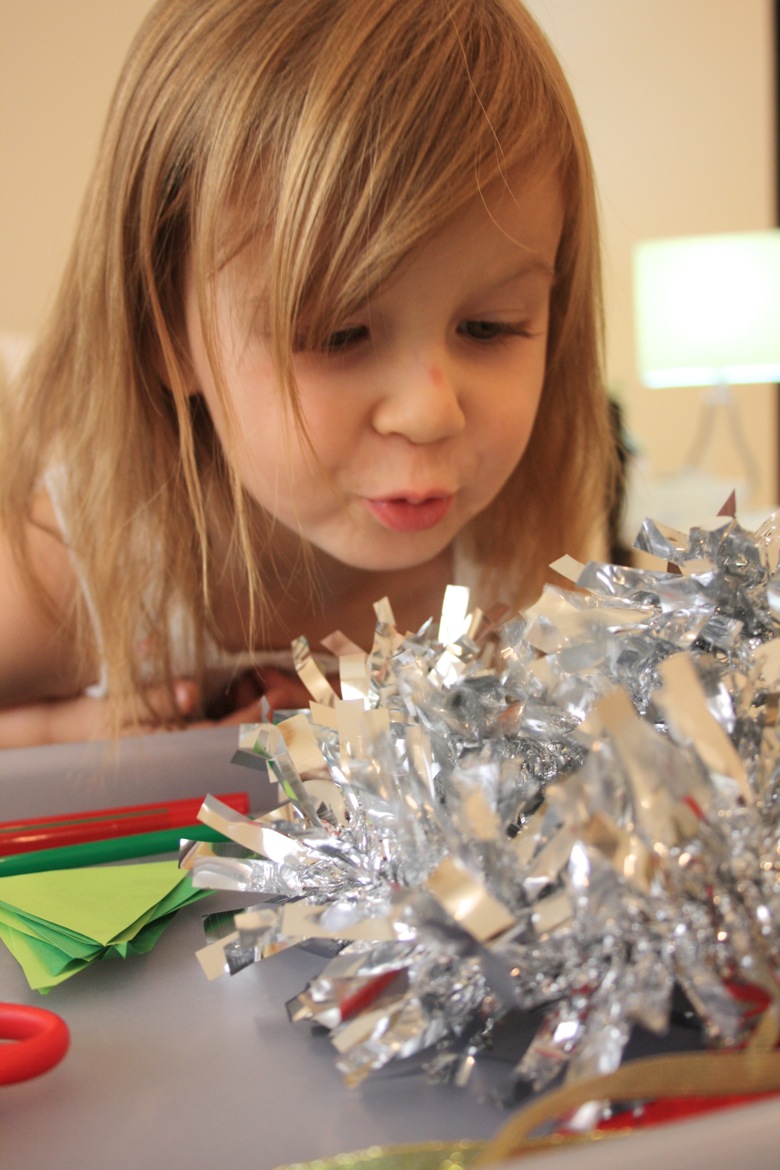 But not to cutting just yet!  The garland was waaaay too cool to sneak by unnoticed.  She quickly discovered that she could make it dance with just a little blow, which amused her greatly. 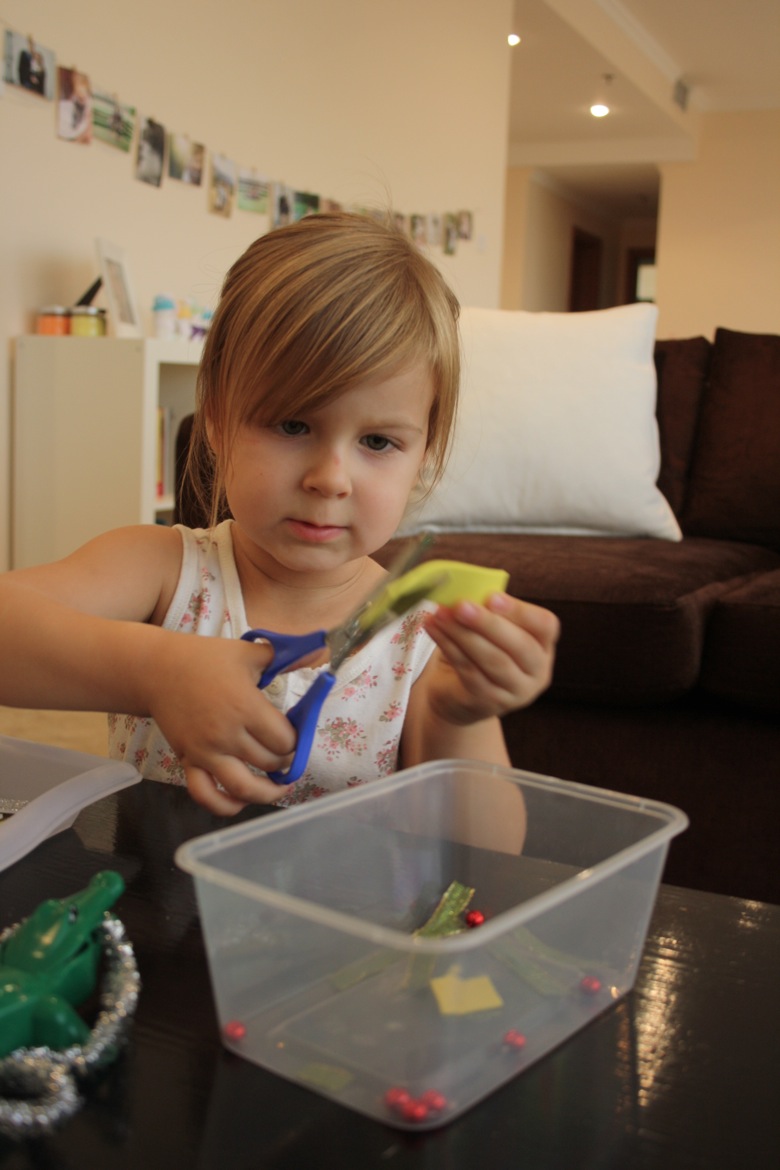 Then it was on to the cutting. 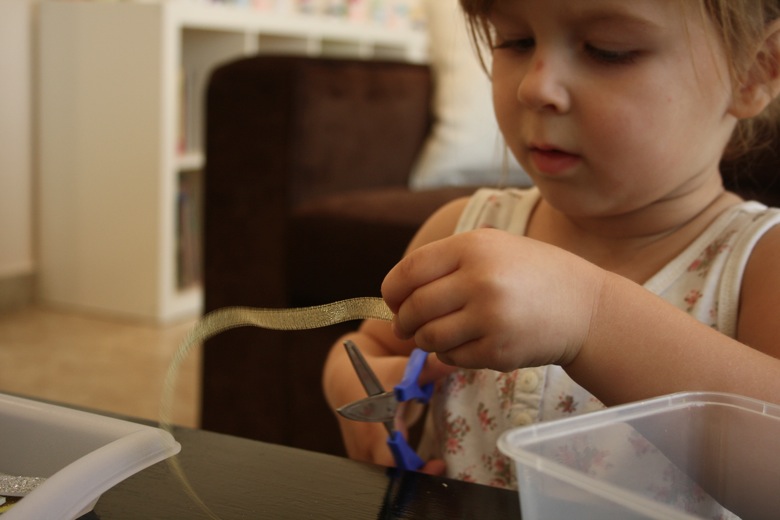 She worked her way through each material, focusing on keeping her fingers safe and her scissors pointed away from her body.  All of her little bits and bobs got collected and popped into her container as she went. 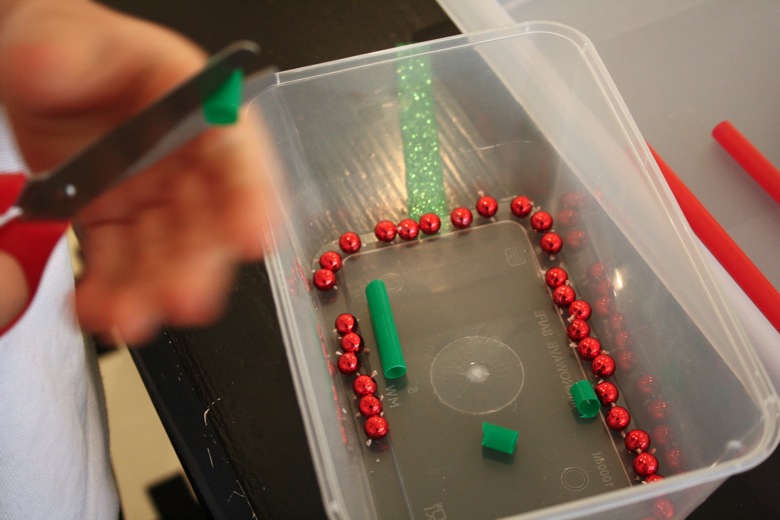 The most loved materials of all?  Straws, of course – they’re just too much fun when the jump up off the scissors – and believe it or not, the beads she was dead set against cutting in the beginning.  As I sort of suspected, she quickly realized how much fun it was to snip each individual bead off of the string in order to have many individual beads (or ‘cranberries’ according to her).

Next up, putting all of our bits and bobs to good use!  ☺

One thought on “Christmas Cutting Tray”