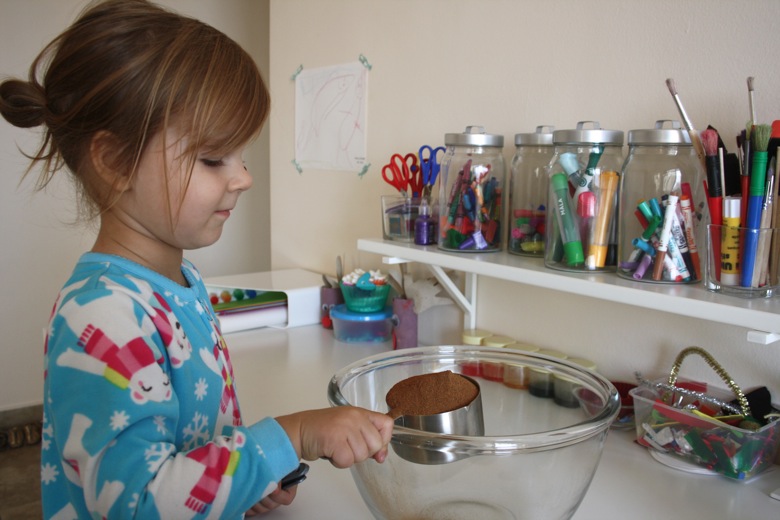 Today my little lady and I set out to make one of our favourites – cinnamon dough ornaments.  We followed the same recipe we followed last year and were so excited to cut out a bunch of cinnamon scented gingerbread people to decorate once dry. 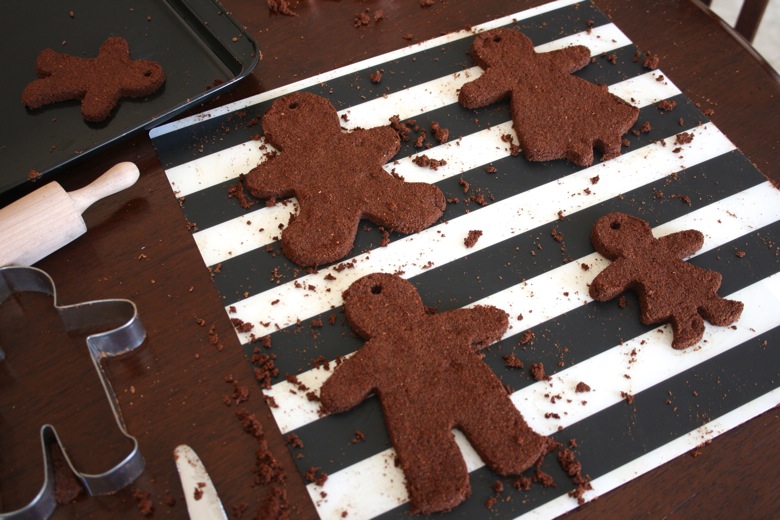 The only problem?   The dough was absolute garbage.  It was coarse and crumbly and would barely form a ball.  We tried our best to save it with a few sticky additions (more applesauce! honey!  molasses!), but despite our efforts, we were left with a frustratingly crumbly mess.  {Lesson learned: Though the cassia powder sold here in Kuwait smells exactly like cinnamon and looks very similar, it does not create a nice, tough dough.  Not at all.} 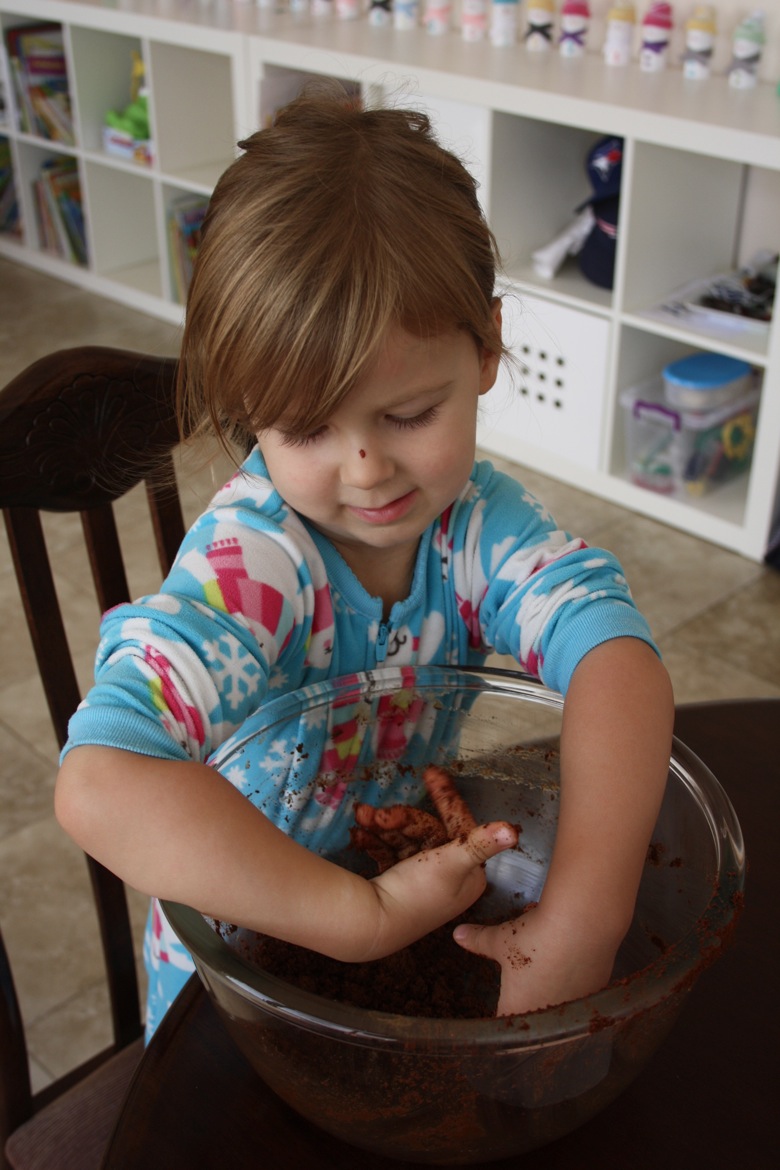 But while our dough didn’t work out the way we had hoped, it wasn’t a total loss.  Instead of making cute gingerbread ornaments, we enjoyed some fun, messy, and very fragrant sensory play {which counts as a win in my books}.