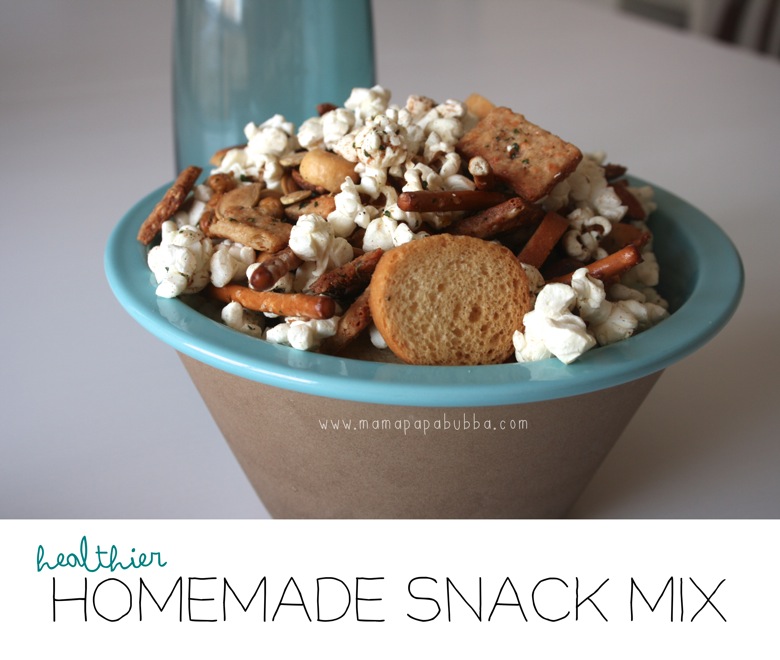 Okay…  So truthfully, when the Patriots are no longer in the running to become Superbowl champs, football is done in our house.  We don’t watch it, we don’t talk about it, and we certainly don’t do a big Superbowl celebration.  {I know it’s sort of weird, but such is life with a hardcore football fan.}  That being said, just because we’re not actually watching the Superbowl this year, doesn’t mean that we can’t make and eat delicious Superbowl goodies, right?  Right!

This month, Hillary, Tairalyn, Gracen, and I decided to tackle a Superbowl party favourite for our monthly bake off – a salty cracker-based snack mix.  We opted to use this recipe, and let me tell you, it’s terrifying.  It’s basically a ridiculous amount of sodium/preservative-filled crackers and Bugles topped with an entire bottle of butter-flavoured popcorn oil and 2 packets of dried ranch dressing mix.  Oy.  Enough to send a crunchy mama into full-on panic, I tell you.  As usual, Tairalyn took one for the team and made the recipe pretty much as it was intended to be {and got great feedback from her husband who was disappointed she’d halved the original recipe}.  Hillary healthified her version by adding adding seeds and dried fruit, and Grae and I tried our best to take it to a hippie level of healthy. ☺ 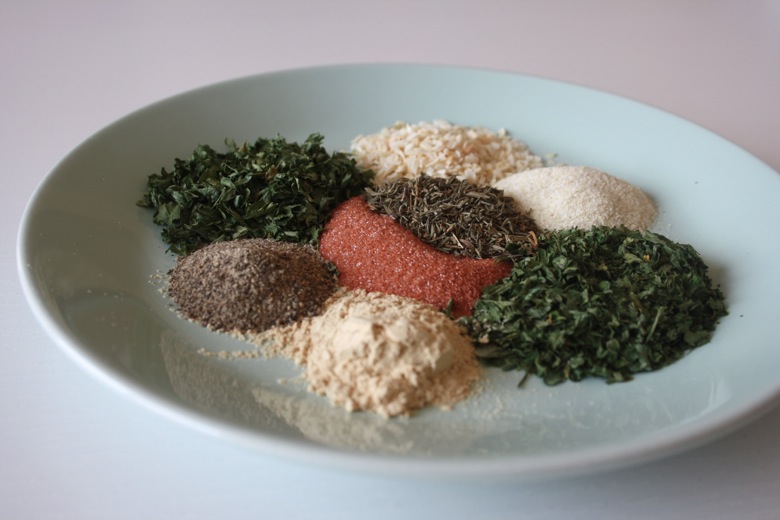 To start off, no ranch dressing packets here.  Ew!  We made our own seasoning mix with some parsley, thyme, onion powder, garlic powder, onion flakes, black pepper, and Hawaiian sea salt. 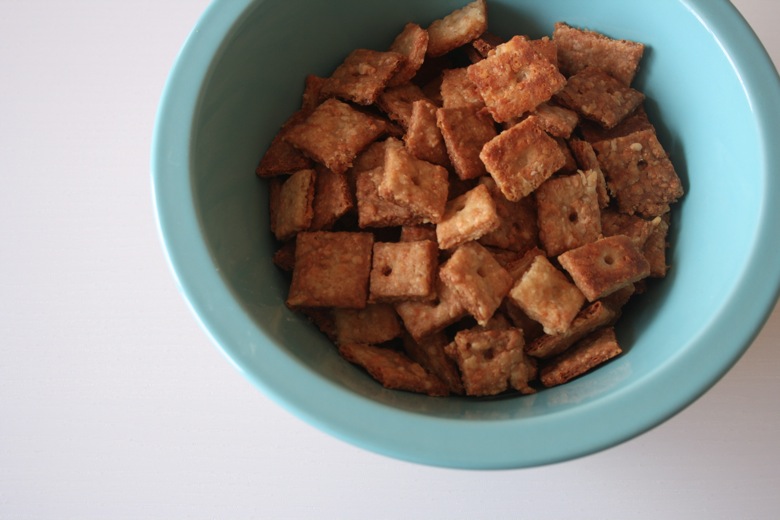 Next, we nixed the store-bought crackers and whipped up a batch of our delicious wholewheat cheddar crackers instead. 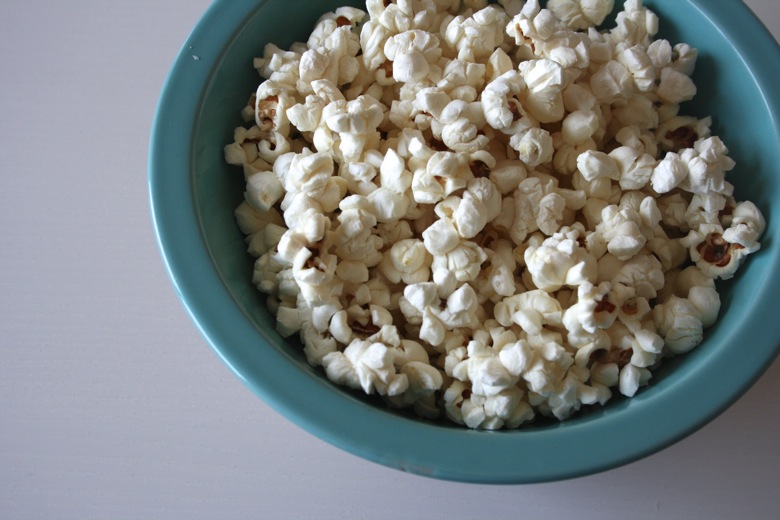 The copious amounts of called for Bugles got replaced with stovetop-popped popcorn, because… yum. 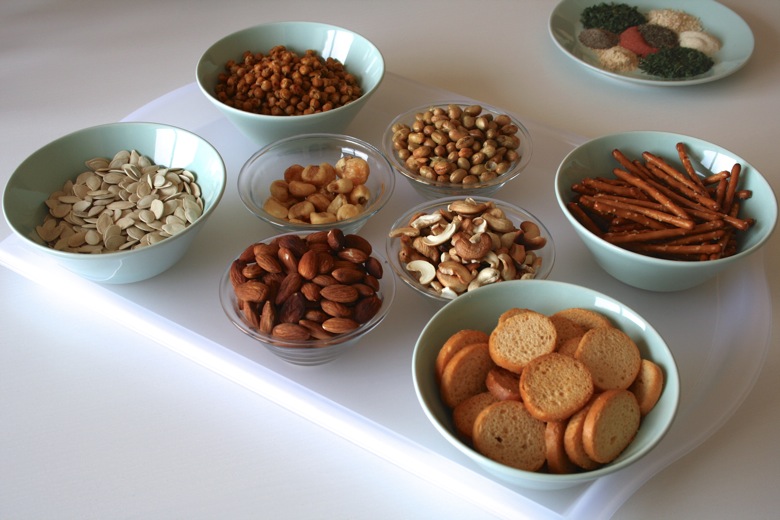 Then we added all of these yummy snacks into the mix.  Luckily, we were able to find pretzel sticks made of only 5 {very basic} ingredients, none of which were sugar.  We also found crostini crisps that had a similar ingredient list – 4 things, none of which were gross-sounding or difficult to pronounce.  Our crispy edamame beans, pumpkin seeds, and corn nuts all had minimal ingredients too – the actual seed or bean, plus a little sea salt and some oil in one case.  We started with raw almonds and cashews, and toasted them in the oven until golden, and did the same with a couple of cans of chickpeas, but added a little bit of olive oil before roasting. 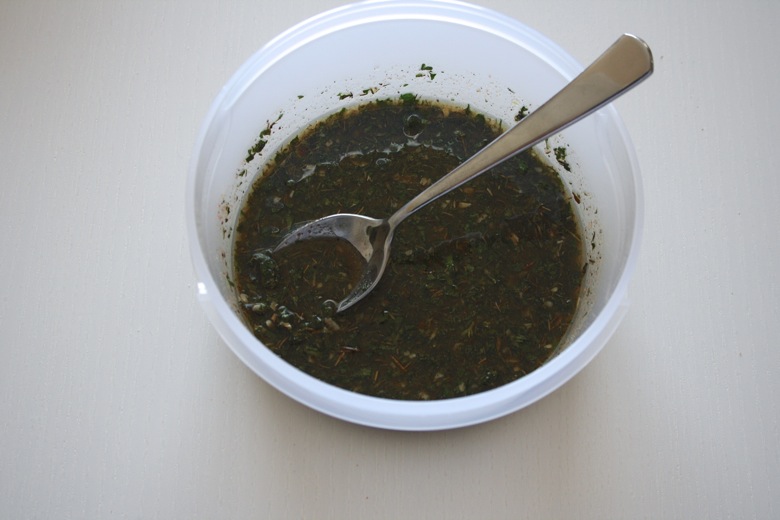 Then, using our seasoning mix and some olive oil, we created our healthier version of butter-flavoured popcorn oil mixed with ranch dressing packets. 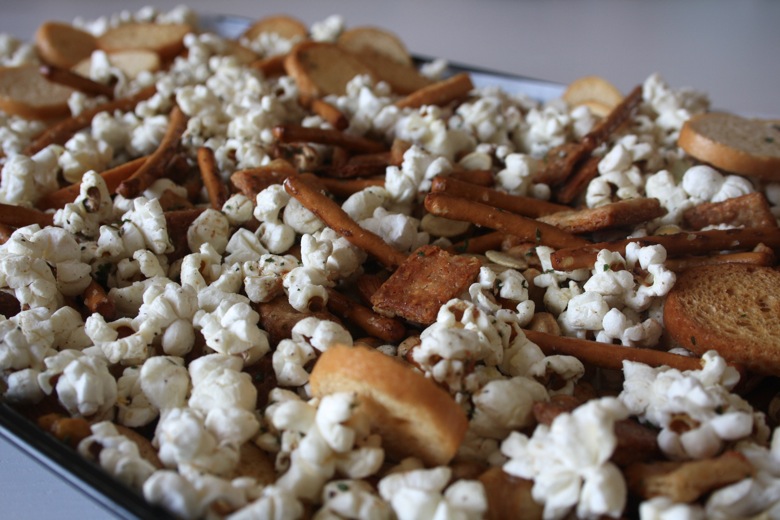 With all of our ingredients prepped and ready to go, we put everything into a large paper bag, shook it up really well (this is a really fun job for little ones), and then baked it in the oven for a while. 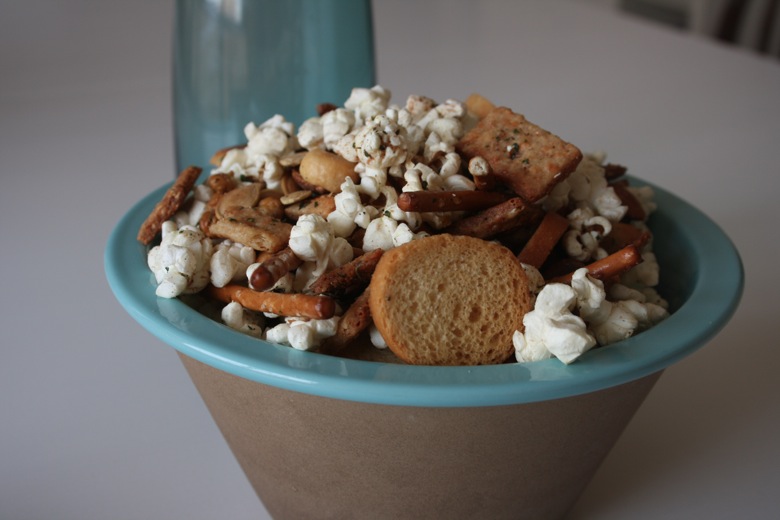 The result was a deliciously salty snack mix that had tons of flavour. 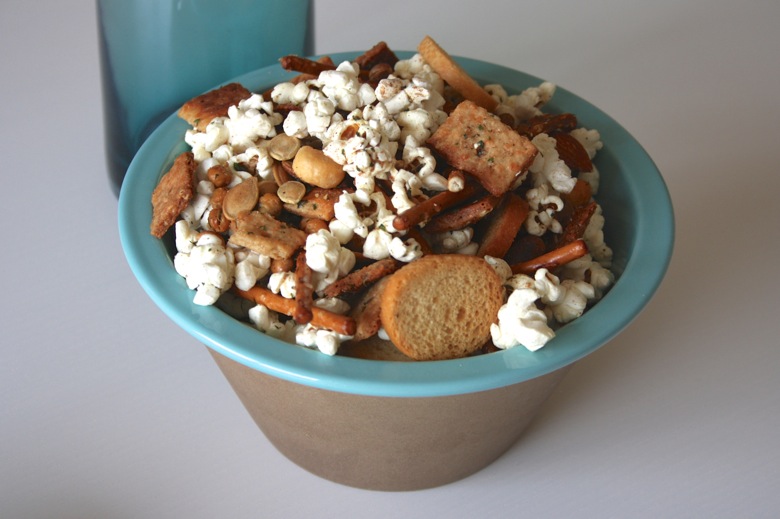 The only thing I’d probably change next time around is the amount of salt.  With several of our snacks already containing salt, adding sea salt to our seasoning mix was probably not necessary. 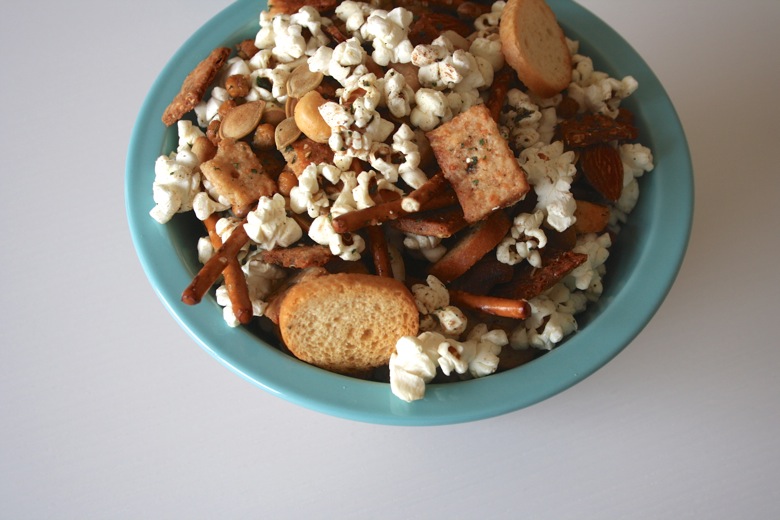 That hasn’t stopped us from gobbling it up for every snack though.  Gracen loves it, I love it, and Brad seems to too!

Healthier Snack Mix  (a healthified version of this recipe)

Be honest – which will you be making?? {No hard feelings, I promise! ☺}