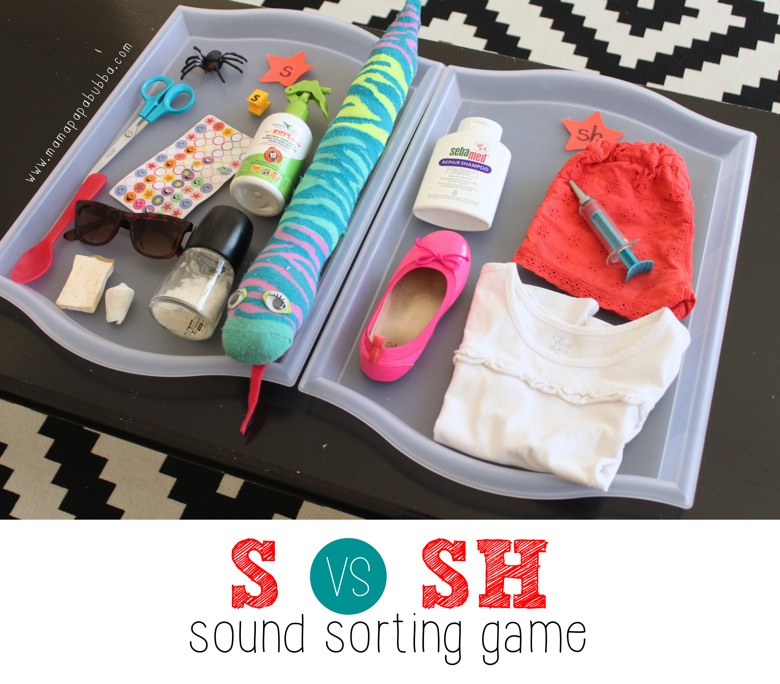 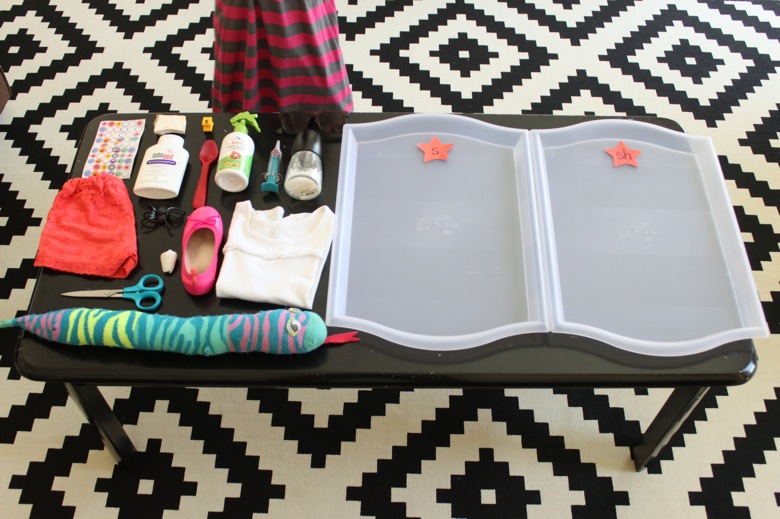 Let me tell you one thing… If you tell Miss G that you’re going to do something tomorrow, she will not forget.  In fact, by 6:30 a.m., you’ll have probably have already received two reminders. {‘Remember you said we’d make a new sound game, right Mama?’}  So up and at it it was. We talked about which sounds we wanted to focus on, and Grae picked the ’s’ sound and the ‘sh’ sound – both of which she usually pronounces as ‘sss’. While I of course think the mispronunciation is adorable {and very developmentally appropriate for a just turned 4 year old}, she’s expressed some frustration recently when we’ve misunderstood her verbally or when she’s written words that we then read differently than she was expecting, so the combination of sounds was perfect. 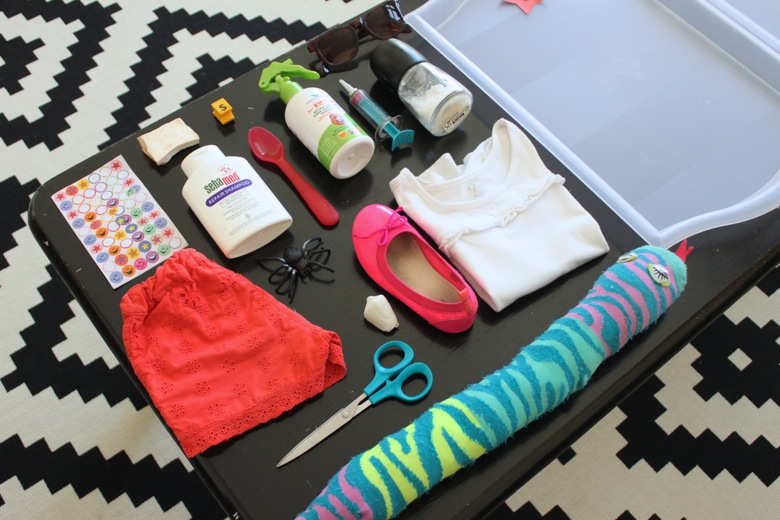 To start off, we went around the house searching for items that began with an ’s’ and ‘sh’ sound.  I think Gracen enjoyed this part as much as she enjoyed playing the game afterwards.  Here’s what we came up with…  Stickers, soap, stamp, sunscreen, sunglasses, salt, spoon, spider, scissors, snake, shampoo, shot, shorts, shell (or seashell!), shoe, and shirt. 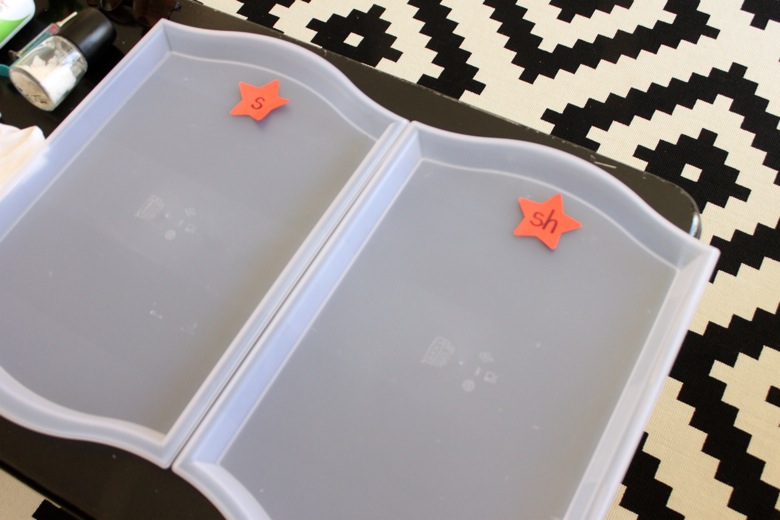 Then, because our items were so big this time around, we took two of our favourite Ikea trays and added our sounds to the top using star-shaped Post-It Notes. 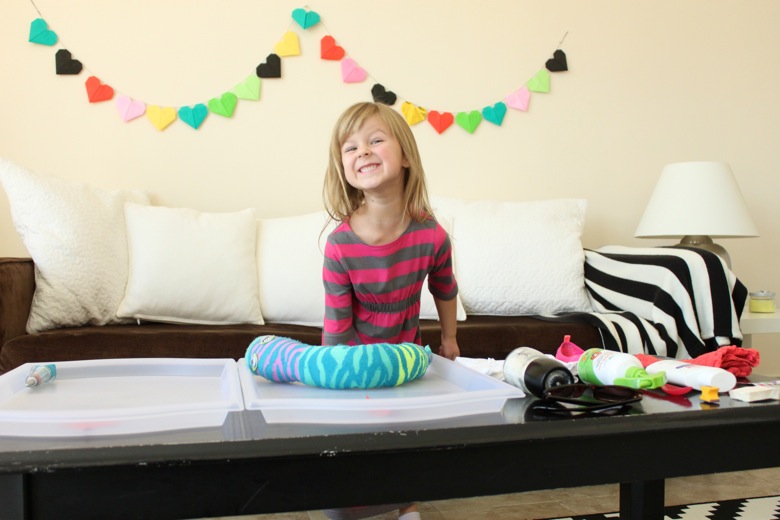 The game begun and a lot of this started happening as a result of talking about what your mouth does in order to make each sound. 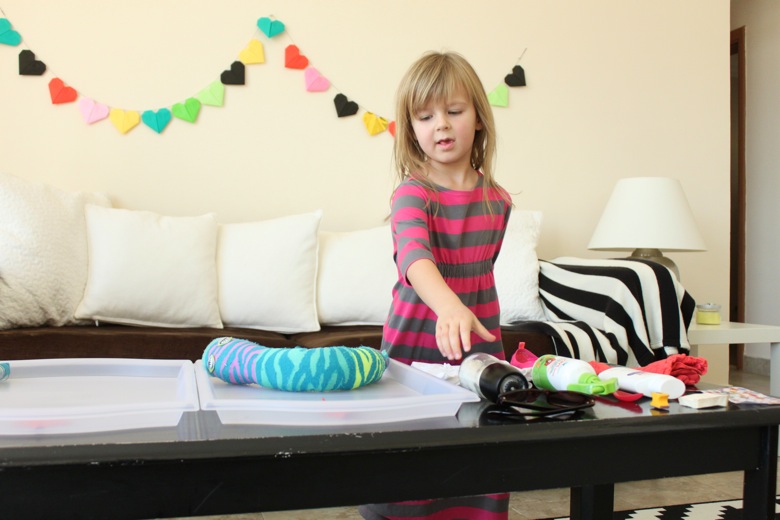 Grae took her time going through each item, pronouncing them aloud, and making sure she said her ‘sh’ sounds just right. 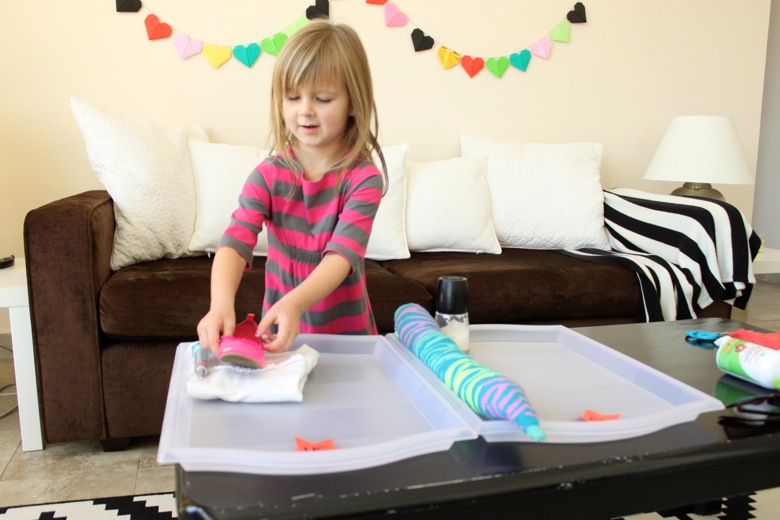 She also took her time carefully arranging {and rearranging} the items as they were added to  the trays. 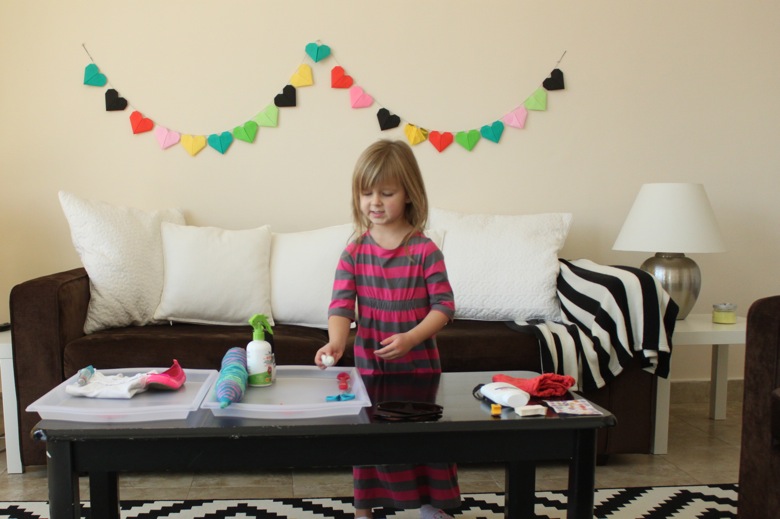 Somewhat surprisingly, she was able to properly distinguish every item’s beginning sound when she was as focused on the pronunciations as she was.  For a brief moment, I thought that the shell was going to trip her up, but when I gently inquired she said, ‘Ya, it’s an s word.  Sssss-eashell!’  Haha!  What can I say?  She was right. 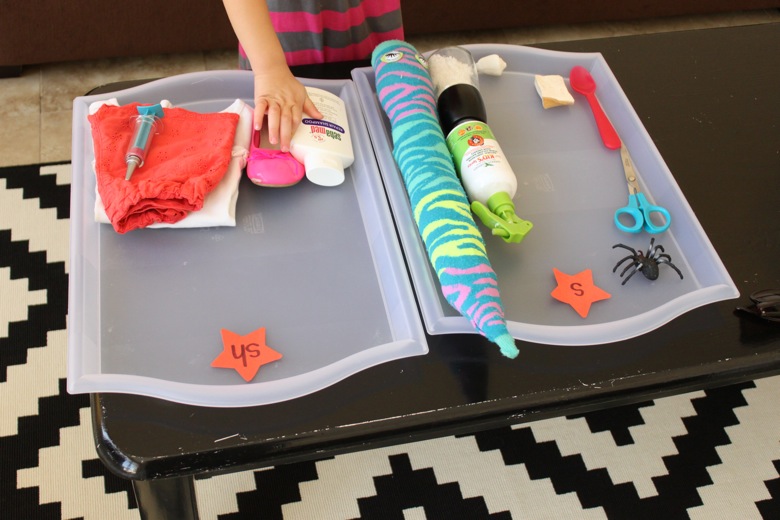 One thought on “‘S’ and ‘Sh’ Sound Sorting Game”