I must say, our usual day-to-day life here in Kuwait is pretty peachy…  We’ve got a giant apartment that houses all sorts of fun things for Miss G to explore, we’re part of a pretty awesome expat community, we have a housekeeper that comes five days a week, and we can very comfortably afford for me to be at home with Gracen full-time.

But days like today…. Ugh.  Days like today remind me of what a challenge it can be to live here sometimes.  And today that feels like an understatement. 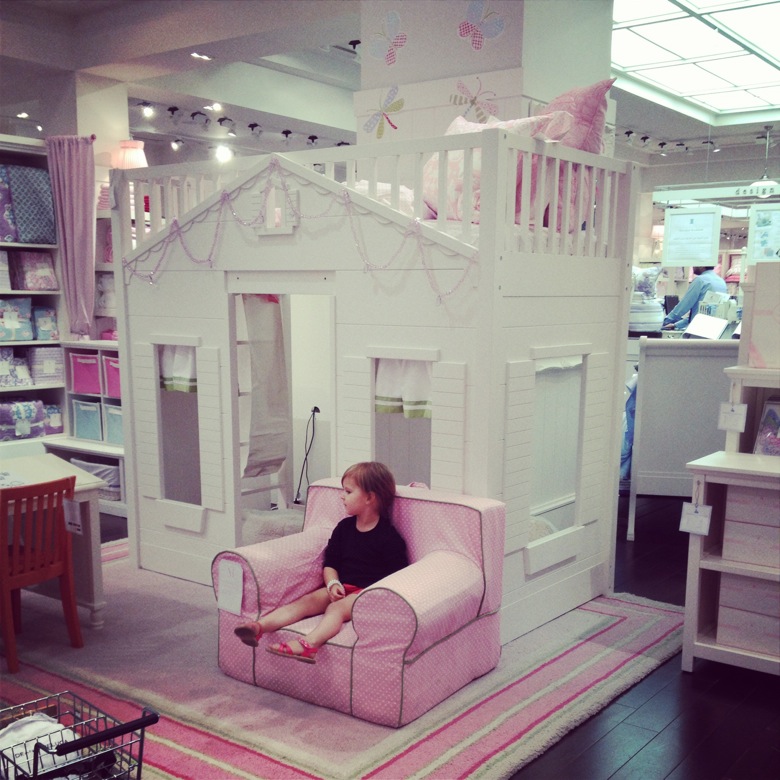 The day started off great.  Grae and I got ready and were out the door by 8:25 a.m.  We met up with a lovely group of expat moms and dads and enjoyed good coffee and a delicious breakfast at Dean & Deluca.  We picked up a few things for the Halloween goodies we’re making this year and stopped by Pottery Barn Kids to ooh and ahh at all of the pretty things.  Then we headed home with one teeny errand to do on the way – pick up cupcake liners from the hardware store.  (Weird, yes.  But that’s the only place I’ve found in Kuwait that carries Wilton supplies and we were in search of very specific colours.)

Now one thing you should know is that while Kuwait has mastered the art of building great big stores, souks, and strip mall equivalents, it doesn’t quite have the art of including sufficient parking for the customers of those establishments down yet.  What happens is that parking lots are jam packed and people either park on the roads or sidewalks, or, if they’re like us, line up and patiently wait to get a spot.

Back to the story.  Miss G and I are patiently lined up on the road to enter the hardware store parking lot when a woman driving an SUV cruises past the 5 other cars behind us and attempts to cut in in front of us, number 1 without so much as an smile, wave, indicator light, or any sort of acknowledgement, and number 2, about 3 inches from our front bumper.  Being that it’s nearing Miss G’s nap time and I’m feeling pressured to get home and tuck her in before the nap window closes, I put my hands up in the ‘what’s going on here?’ sort of way and give her a look of mama desperation.  She agrees to let me keep my spot, and tucks in closely behind me, now cutting off someone else.  We’re at a standstill as the wait continues when I suddenly hear that all too familiar crunch accompanied by a big jerk.  She’d grown tired of waiting, tried to pull out of the line of cars, and misjudged the space she’d needed, hitting the back corner of our little rental car.  Ugh.  Gracen and I were fine, and the damage honestly wasn’t that bad, but previous Kuwait accident experience has taught me that if you plan on returning a damaged rental car, you had better have a written police report to accompany it.  I called 112 (our 911 equivalent), and after plenty of confusion, ‘Where are you??’, and shouting, I was told a police officer was on his way. 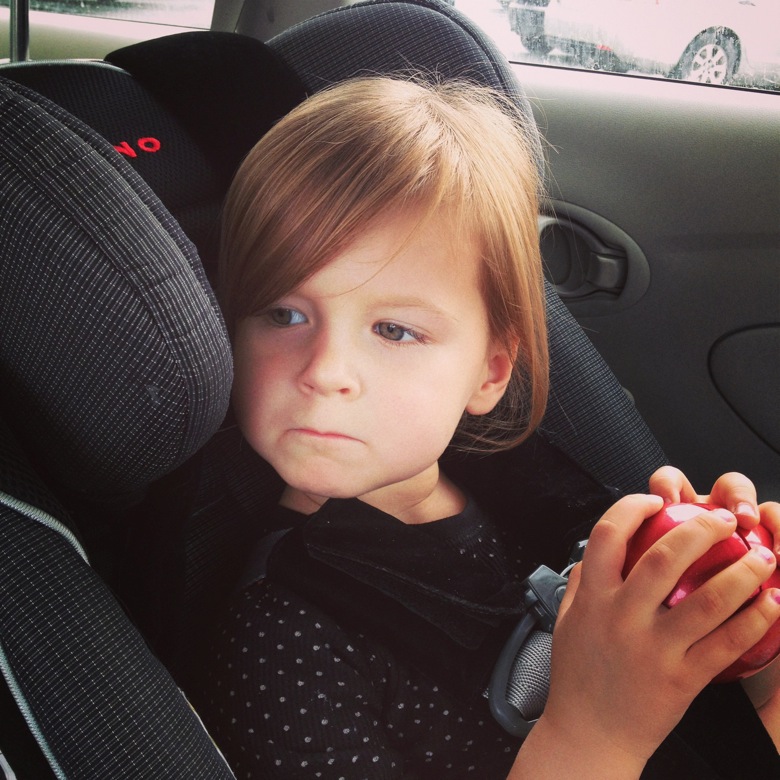 Being that it was pretty much both lunch and nap time, and Miss G was fully strapped into her rear-facing street in a parked car, she did phenomenally well.  For the first half hour or so, she just sat there looking at her book, chatting to herself, playing with a miniature toy dinosaur.  During that time, I was called twice by the police and asked where we were and what the problem was.  Soon, 45 minutes had passed.  Then 50.  Then 55.  By this point, the woman who had hit us was threatening to leave, so I called 112 back only to be told that there was no record of my initial call and no one had been dispatched.  Super. We went through the whole thing again and I was told that someone would be there in 3 minutes.  Grae had started becoming antsy by this point, but when I expressed my frustration, she calmly said, ‘Don’t worry, Mama.  It’s going to be okay.  The police are going to be here soon.’  God, I love her.  After an hour and 15 minutes had passed, a police officer arrived, words were exchanged in Arabic, and I was told I would need to go to some local police station to sort everything out.  First of all, our cupcake liners!  We were right there and not getting them today would mean another hour long trip later in the week. Secondly, the last place on Earth I wanted to go by this point was a Kuwait police station, and thirdly, I had no idea which one they were talking about or how I’d get there. 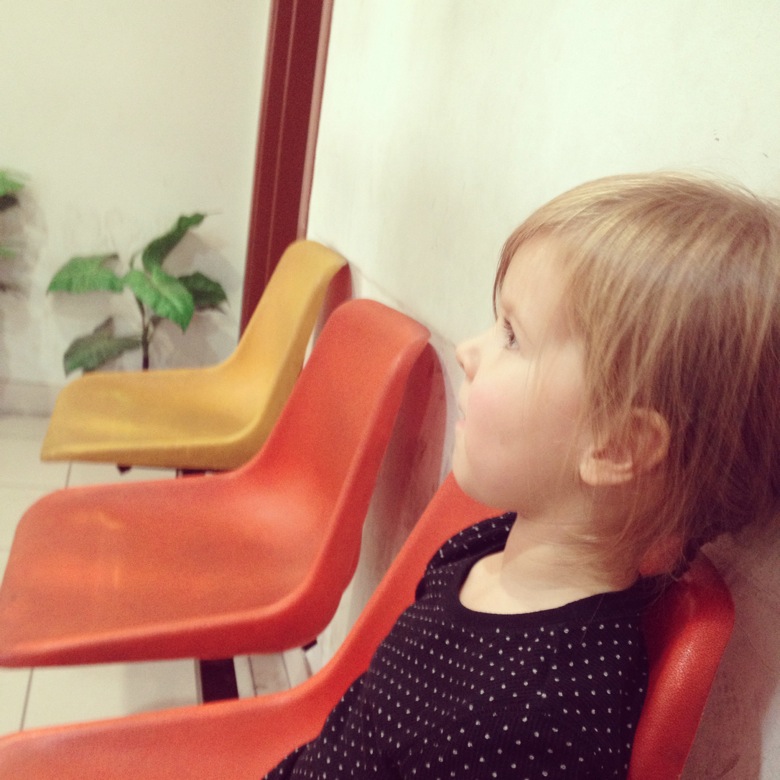 After attempting to follow the woman who had hit us for 35 minutes through construction, u-turns, and gridlocked traffic (she nearly hit a barricade and another vehicle on the way), we arrived at some police station way out in a part of Kuwait I’ve never heard of before in my life.  Miss G had fallen asleep 5 minutes previously, and I crossed my fingers that she’d stay asleep on my shoulder as we took car of business at the station.  No such luck.  She was fully awake before we’d even entered the building.  Upon entering, more Arabic was exchanged and we were told that we’d now have to take our licenses and registrations, find a local copy shop, and have copies made.  Seriously.  When an accident occurs in Kuwait, photocopies must be made, and the police stations do not own photocopiers – for real.  Thank goodness Crash Lady’s husband had arrived and agreed to do them all at once.  Then it was time to wait.  Grae and I found ourselves a little row of chairs and sat down.  By this time, it was nearly two, I had fed Miss G almost every piece of crostini we’d picked up at Dean & Deluca (the only food we had) and my patience was wearing thin.  All I wanted was to go home, tuck my little lady in bed, and enjoy a few minutes of down time before having to get ready to go tutoring.  Then news came that the officer we needed to see would arrive at the station at 4:00 p.m., inshallah (keep in mind that this is all happening in Arabic and I am only getting updates when I ask Crash Lady to translate for me).  AHHHHH!  Luckily, Crash Lady’s husband was very persistent and basically barged into a random office after he’d had enough of waiting.  After much debate, the officer agreed to help us and Gracen and I were invited in.  The officer did not speak English, so talk of the accident and how it happened all continued in Arabic, me having no idea what was being said {while trying to keep my overtired munchkin from picking up cigarette butts from off the floor}.  I eventually asked the lady what was going on, and she told me that she knew it was her fault and that she was taking responsibility – hallelujah.  The only problem?  The station no longer had any accident report forms which was absolutely necessary for filing a report.  Wait – what?  A country that literally has hundreds of accidents each day has no accident report forms???  You’ve got to be kidding.  (Okay, so that does make total sense, but I feel like letting that happen is just really poor planning on someone’s part.)

So that was it.  Now almost 3:30 p.m. and nothing they could do for us.  NOTHING.  Miss G and I headed back to our car, got buckled in once again, and made our {very slow} way home through rush hour traffic {and my eyes may have filled with hot frustrated tears along the way}. 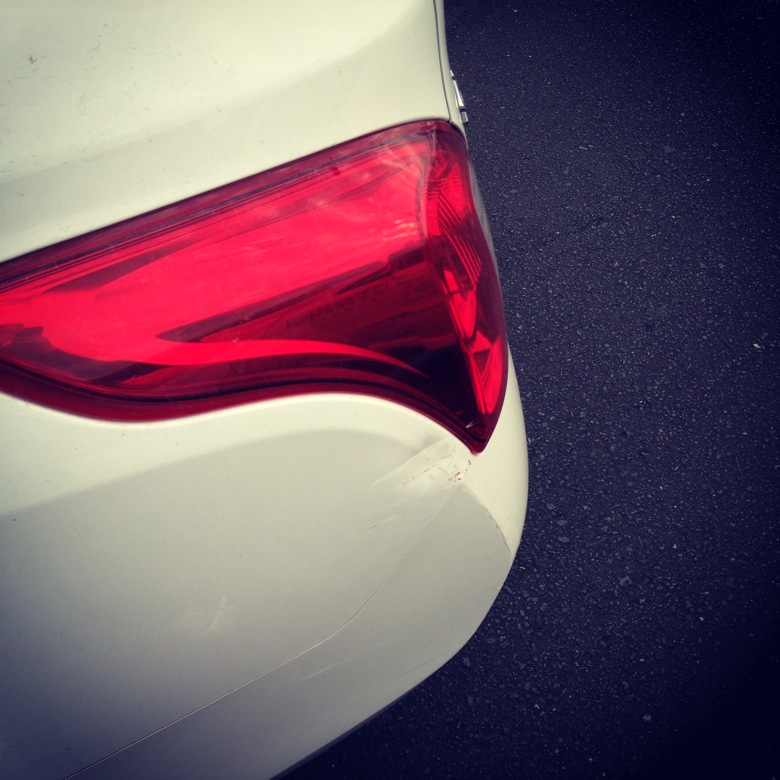 The funniest thing was that on the way home, after almost bring side swept by another SUV, and then being cut off by a driver turning left from the far right hand lane of a four lane road, I lost my filter and foolishly muttered, ‘Idiot.’  Grae heard and then this went down…

G:  There’s no problem, Mama.  They’re just going to drive the way they want to drive.  You can’t change it.

Hah.  The sad part is that she’s soooo right.  Wise words, my girl.  Now to fight the insane nighttime traffic and be at some random police station in the middle of nowhere for tomorrow night at 9 p.m. to get this all sorted.  On the bright side, Miss G won’t have to endure round two…  But let me tell you, if I get there to find out that they don’t have the piece of paper required to write the report, I may just cry in the middle of the station this time around.  Wish me luck.