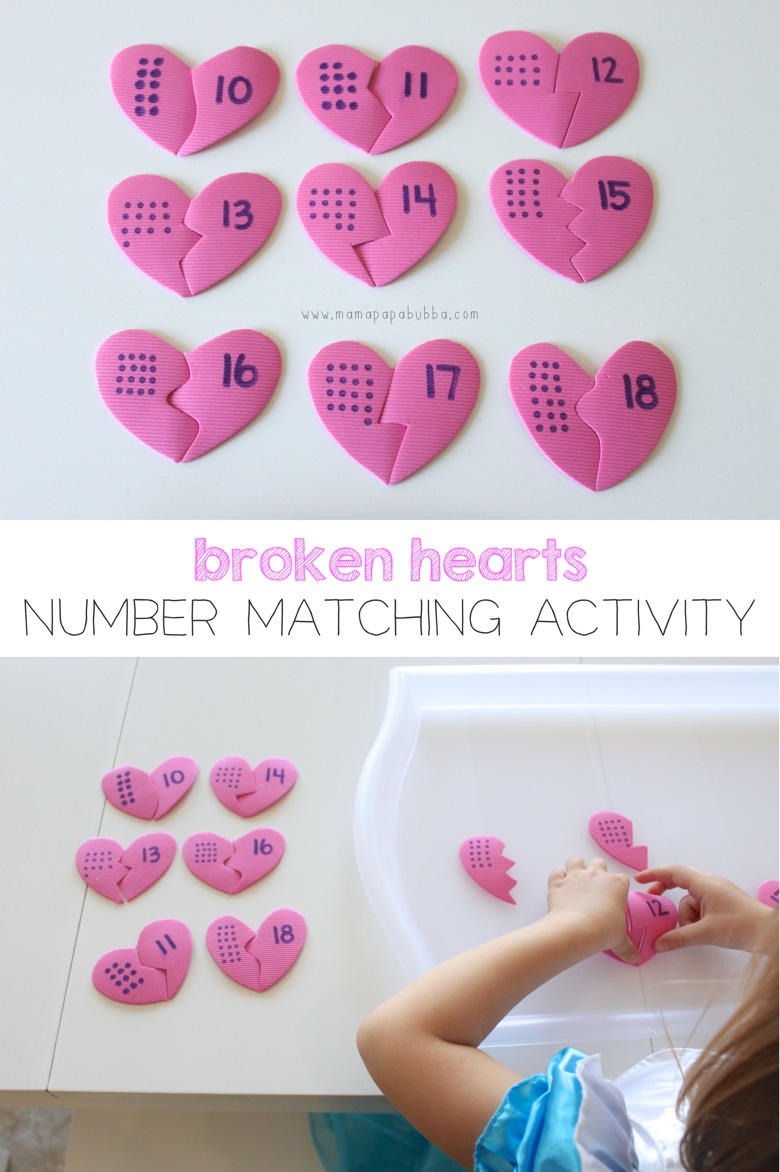 While I usually tutor four afternoons / evenings a week, I took this week off and it’s been lovely.  More than anything, it’s allowed Grae and I some quality time at home in the afternoons, which has been really nice.  As a result, we’ve been doing all sorts of fun little spur of the moment activities and projects, which is exactly what this broken hearts number matching activity is.

We were sitting together at the table chatting, we had craft foam out from a previous project, and I grabbed some scissors and started cutting while she told me all sorts of stories about what she and Papa do while I’m {usually} tutoring. In no time at all, we had a brand new simple homemade game on hand, and Miss G was happy to play again and again. 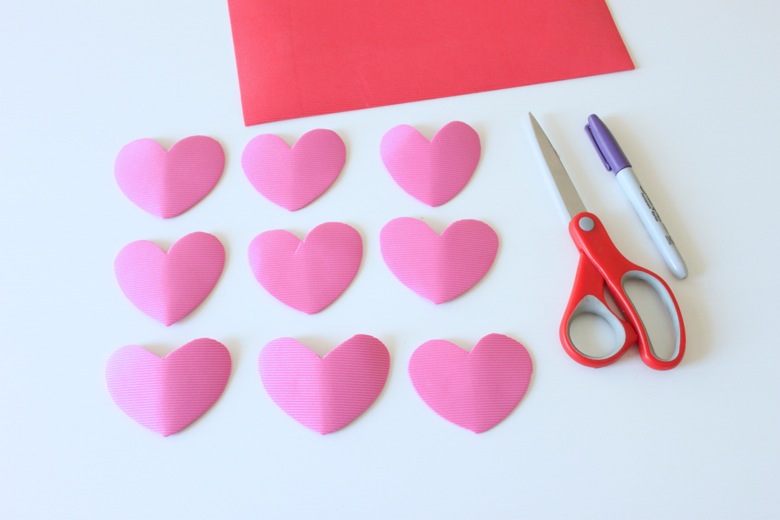 To get started, I simply cut out several craft foam hearts by folding the foam in half. 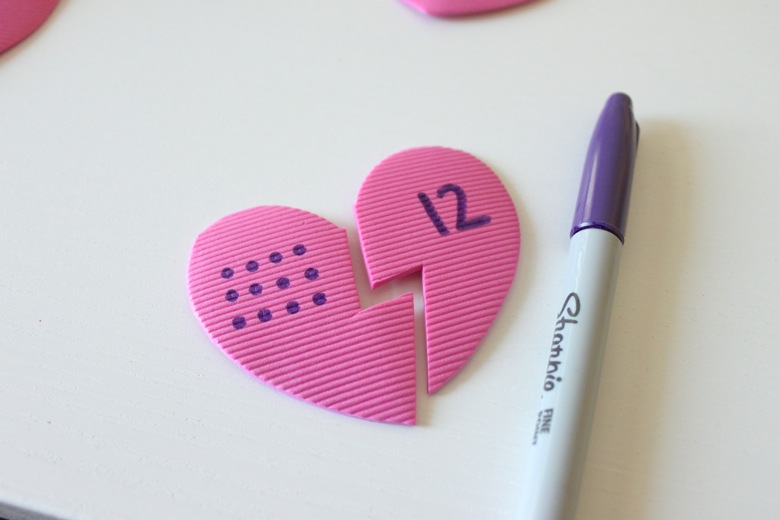 Then, I cut them apart one at a time and drew Sharpie dots on one side and the corresponding numeral on the other side. 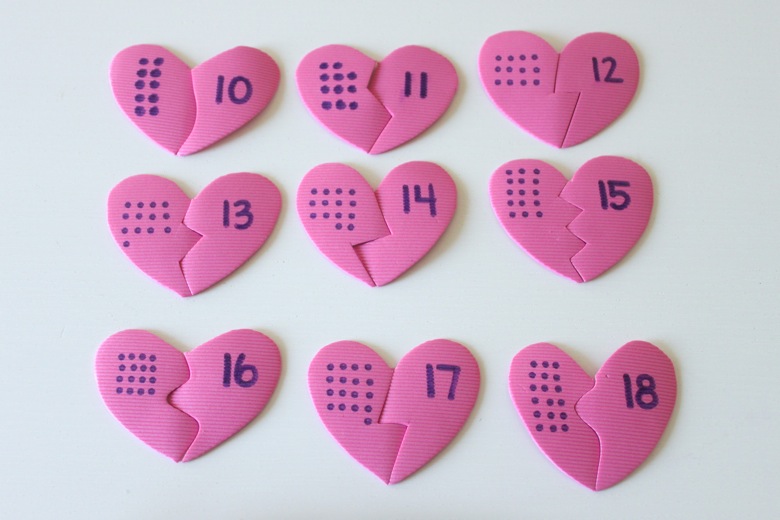 Because Gracen is still working on recognizing some of the higher numbers, I chose to focus our game around the numbers 10 to 18, but you can obviously tailor this to your child’s needs. 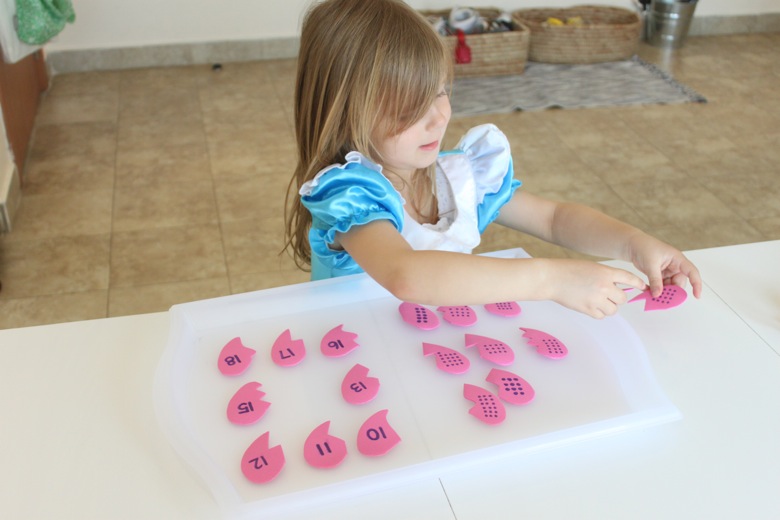 With our hearts ready, we grabbed one of our several plastic Ikea trays and ‘broke’ our hearts in half, placing the numerals on one side of the tray and the dots on the other. 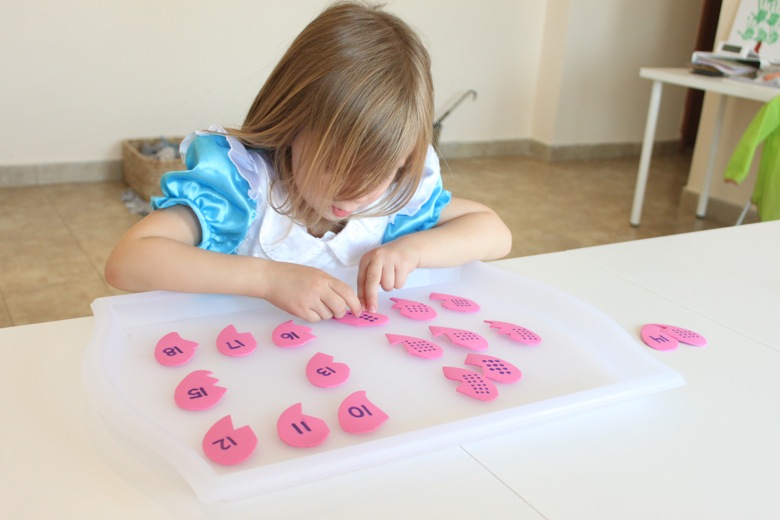 Then Gracen worked on matching them up.  This was actually easier for her than I expected, and even if she wasn’t certain about which number was which, looking at the middle edges of the hearts proved very helpful. 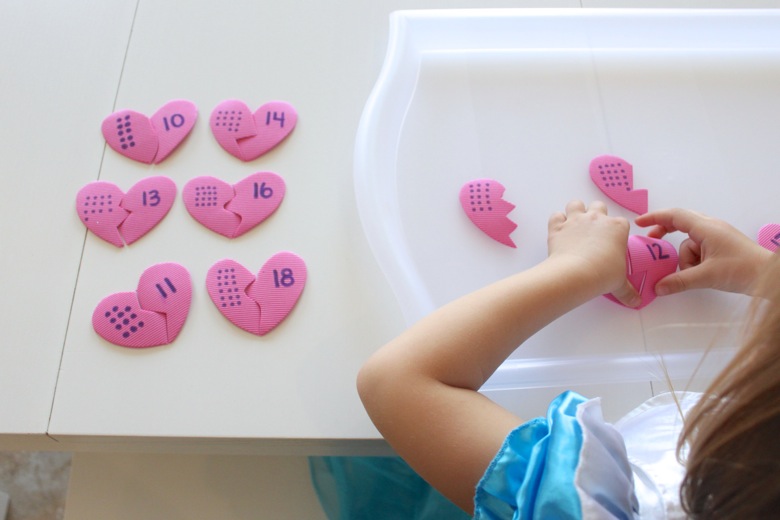 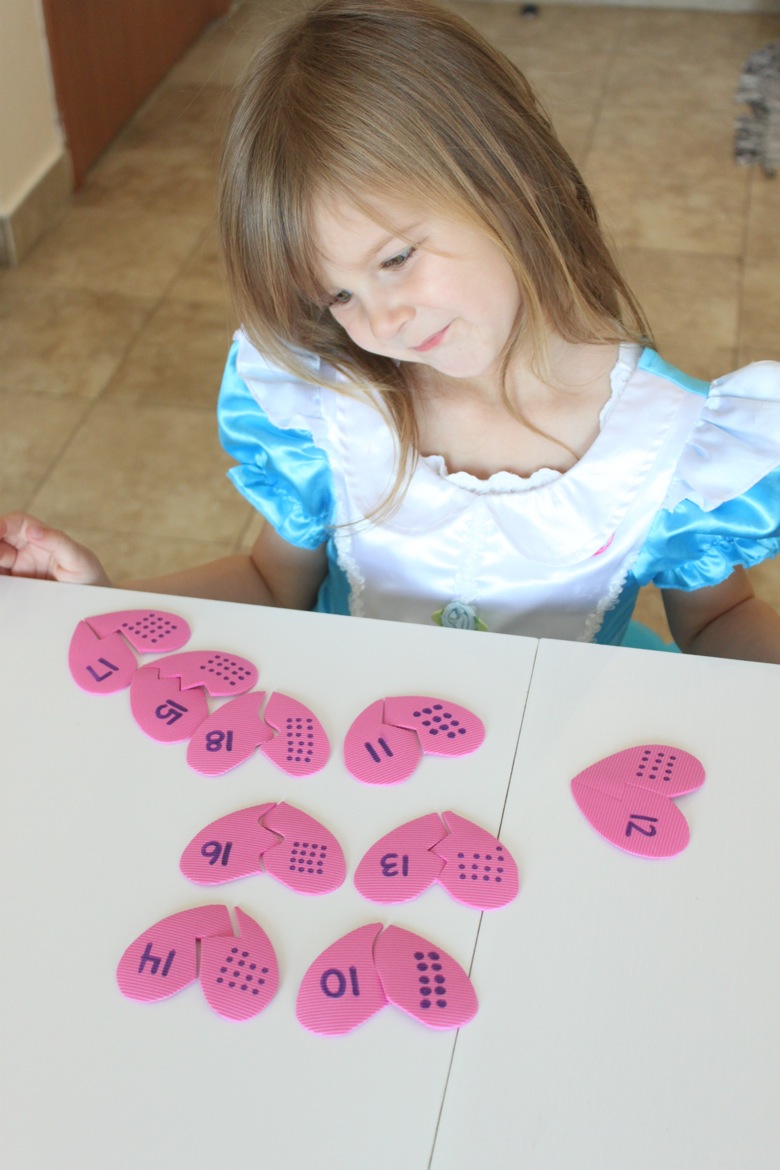 Before long, she had all of her hearts matched up and was keen for more, so while she played again, I quickly created another game – this time focused on addition. 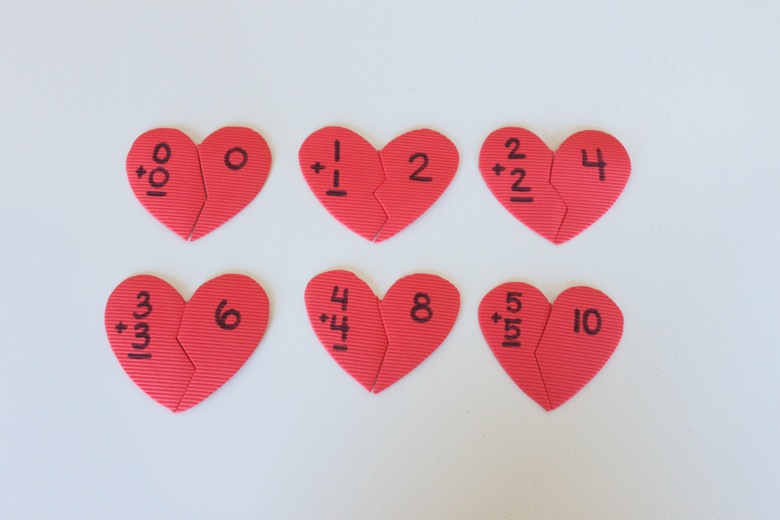 Grae’s really been loving adding doubles recently and already has many of the equations memorized, so for this quick little game we focused on ‘0 + 0’ to ‘5 + 5’. 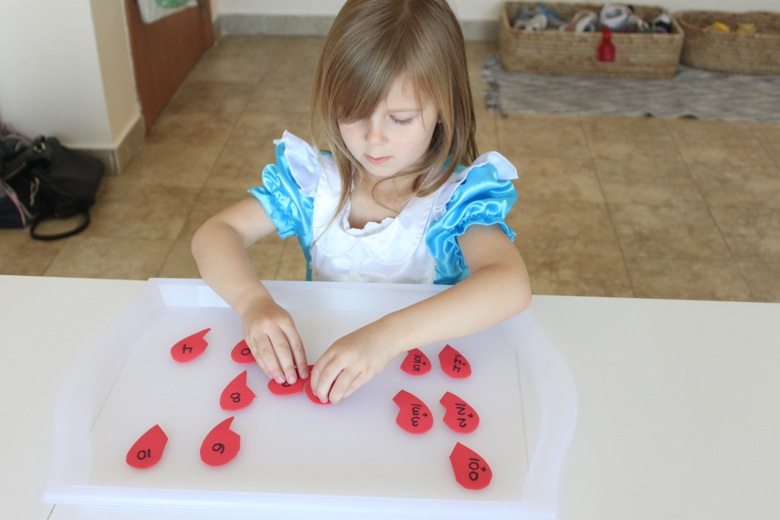 She loved the second game just as much and now we have two new activities to pop into muslin bags and take along on outings.