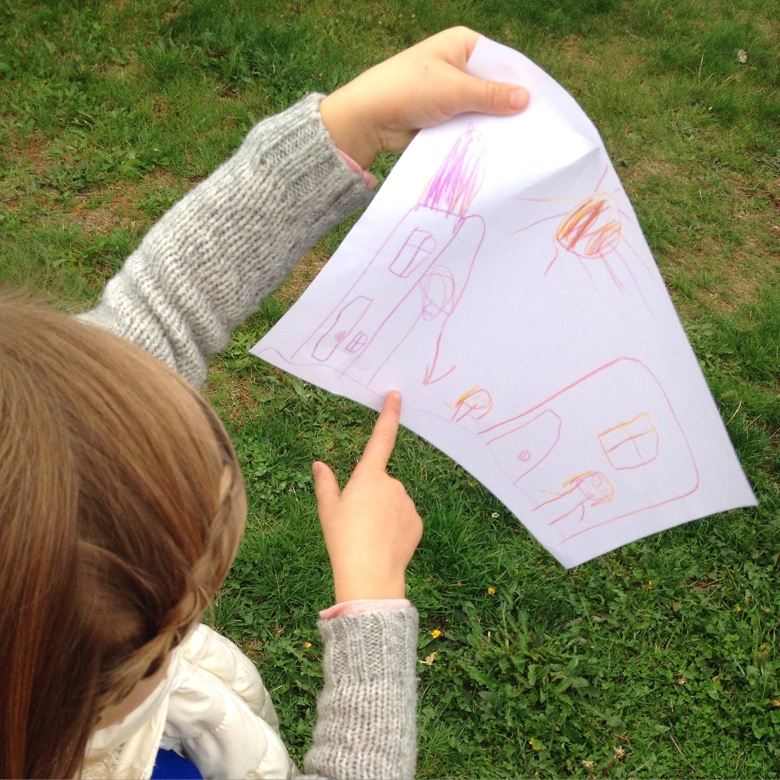 Truth be told, Gracen doesn’t always want to go to Kindergarten.  In fact, many mornings she doesn’t, which sort of breaks my mama {and teacher} heart.  Especially since I know we could have easily done a very organic version of homeschool kindergarten this year and filled our days with hands-on explorations, outdoor adventures, and all sorts of play that would have allowed her to thrive while learning everything she would have in a traditional classroom. 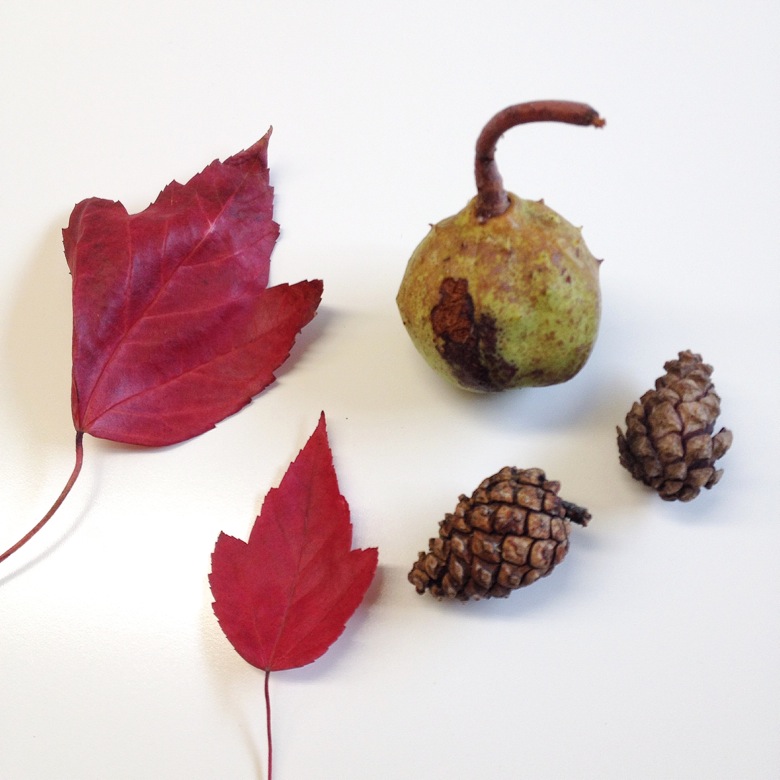 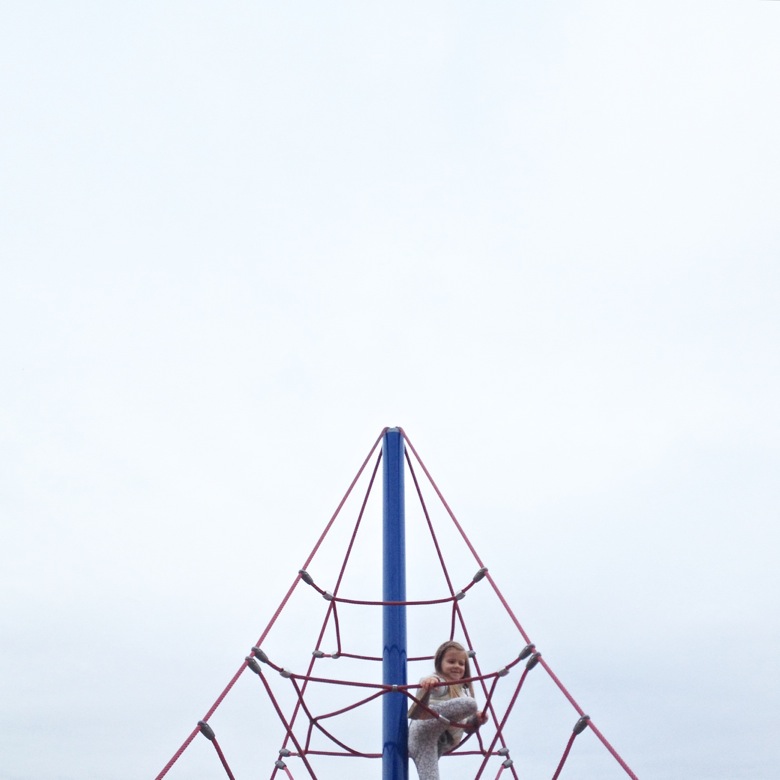 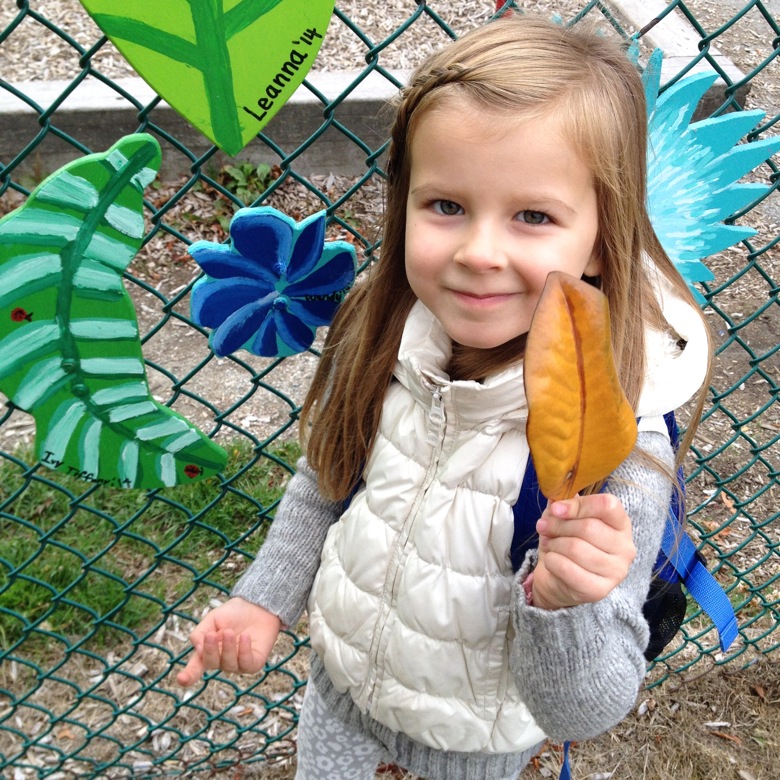 Don’t get me wrong…  When I pick her up midday, she seems to have had a good time.  She’s made lots of lovely little friends at school and usually talks quite happily about her morning.  When it comes down to it, I think that some mornings she’d rather just stay home and do the usual things she’s come to expect from our 5 previous years together…  Slow starts, loads of reading, kitchen fun, outings, and time spent in nature, among other things.  Less pressure to act and do things a certain way.  Or maybe less pressure overall.  Either way, I understand. 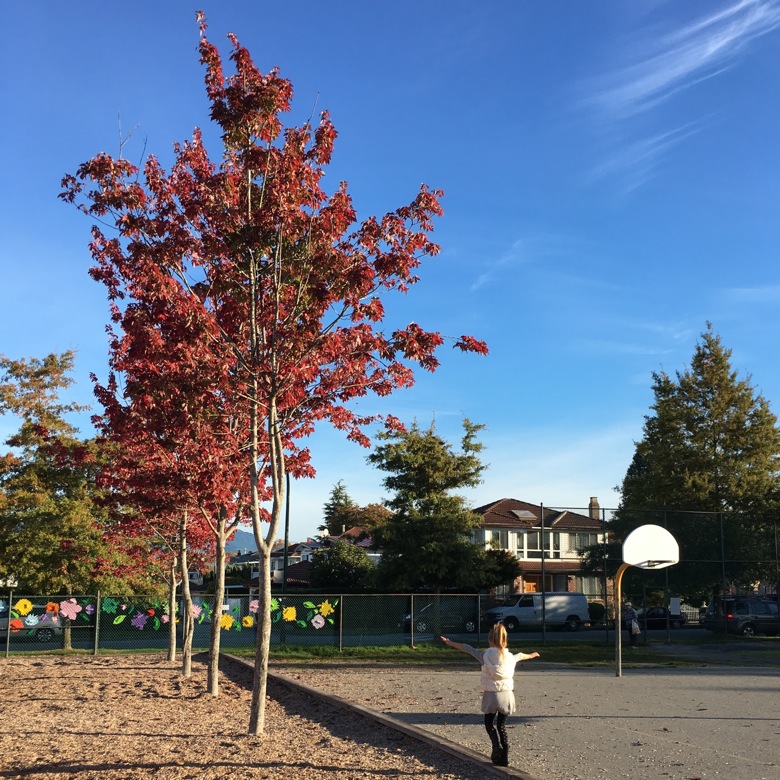 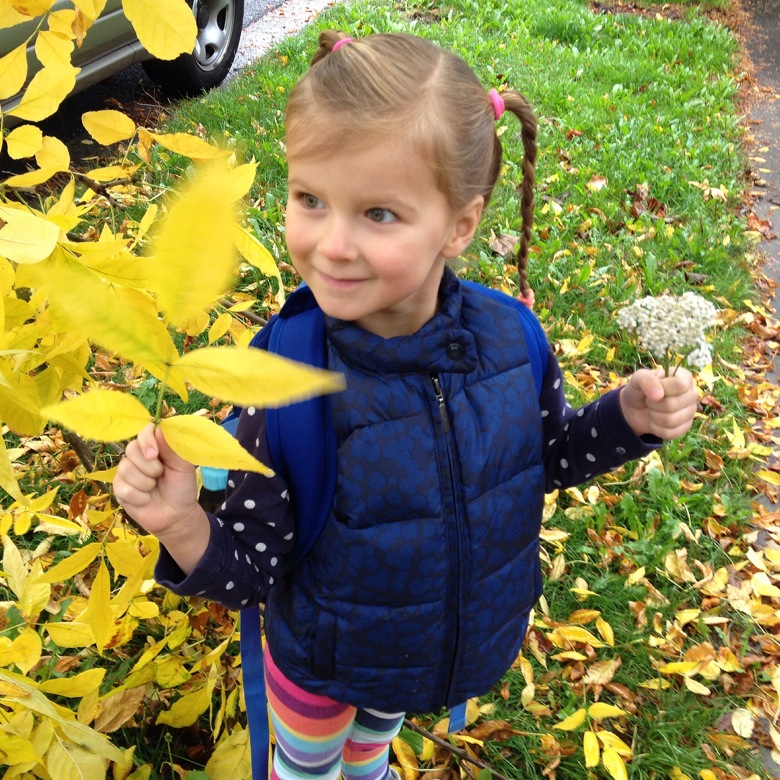 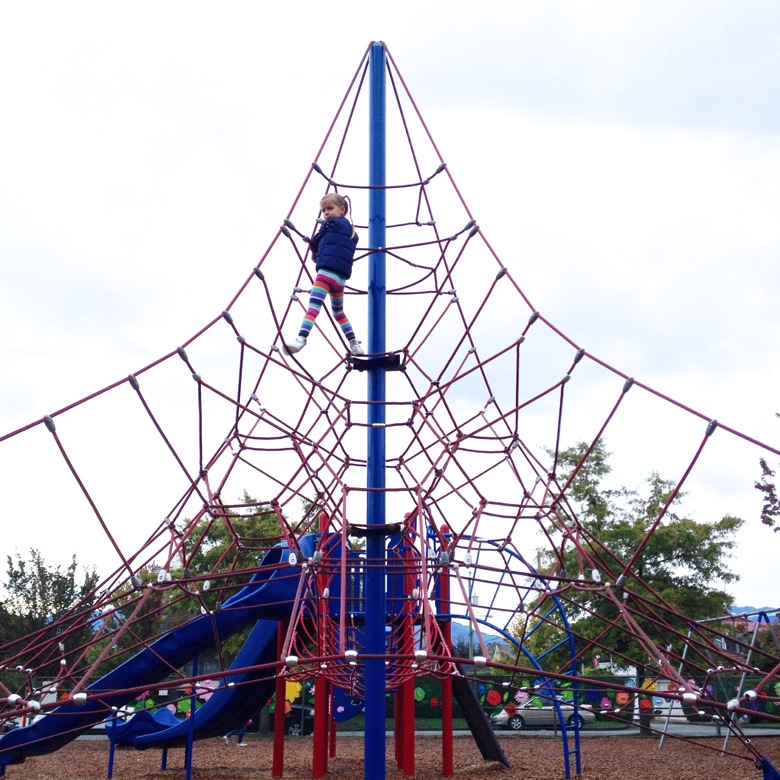 For now, I’m giving it some time and making sure that she really gets what she needs during the afternoons…  Loads of really low-key unstructured time, lots of space to pursue her own interests and creative projects, and a listening ear while she unpacks and tries to understand some of the things that go on at school.  My hope is that it’ll soon get easier and she’ll soon be thrilled to go to each day, but if not, we’ll reassess and come up with some sort of game plan. 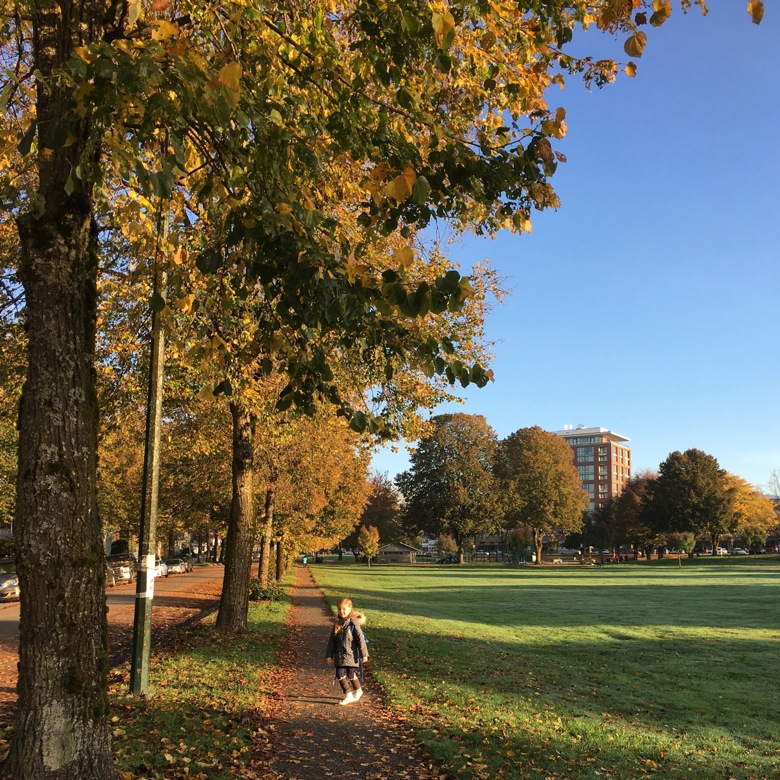 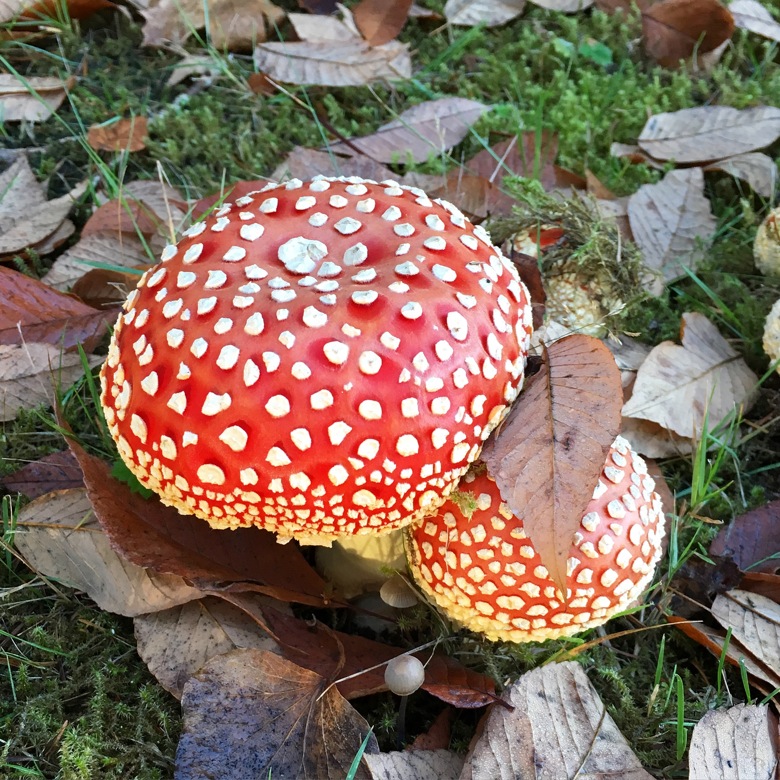 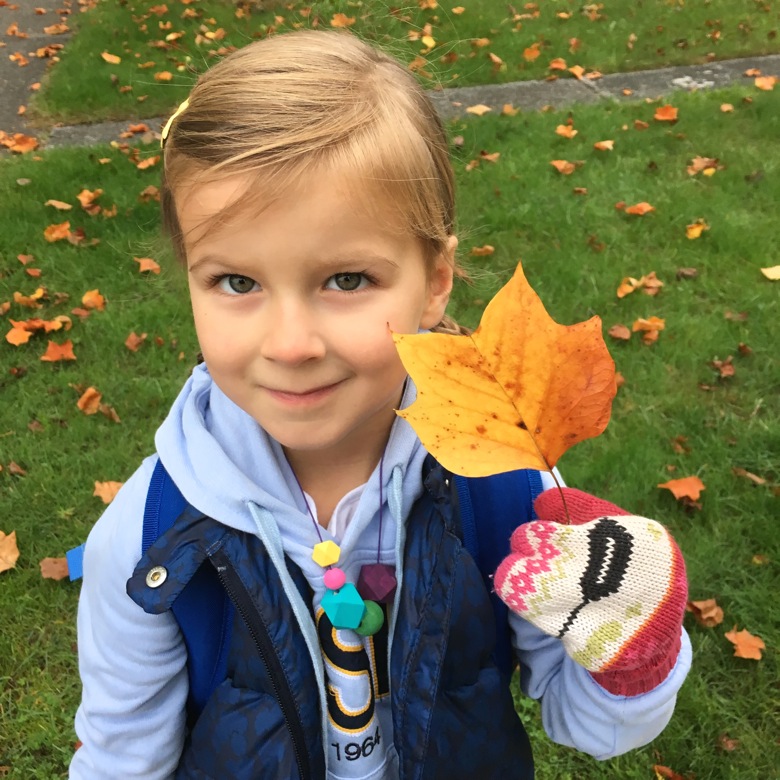 In the meantime, there are several things I’m trying to do in order to make our mornings easy and happy {despite Miss G maybe feeling like she doesn’t really want to go to Kindergarten that day}…

1. Avoid the rush.  Gracen has never done well when hurried out the door {and nor do most kids in my opinion}, so we aim to avoid the rush all together.  Her snack and lunch is made the night before, her clothes are chosen the night before also, and we wake up more than early enough to get everything done in the morning without feeling hurried {though the fact that she’s always been an early riser paired with the fact that our school doesn’t start until 9:00 certainly helps!}

2. Slow start.  Despite the fact that we have things to do and school to get to, we still aim to start the day slowly.  This means that Miss G trudges upstairs to our room when she wakes up, crawls into our bed, and eats a small morning snack {she’s a hungry little thing first thing in the morning!}, while enjoying some cuddles, her daily iPad time {which is usually only about 10 minutes now}, and a story some days too.

3. Strong routine. Grae’s always thrived off of routine and knowing exactly what is expected of her, so we keep a chart on the fridge that shows her what needs to get done each morning {breakfast, clothes, face/teeth, bedroom tidy, pick up things from around the house} and she sticks a magnet on each task as it’s completed.  Once she’s done, she can spend the rest of the time before leaving playing, reading, creating, or doing some other activity.

4. Time to connect.  This one’s huge for Miss G.  She’s a big talker and in general, a kid who needs quite a lot of physical touch and affection, so having some undivided attention {even if it’s just for a few minutes} to really be heard and seen makes her morning.  For us, this time usually happens on our walk to school…  We hold hands, she tells me all sorts of stories, we sing songs and find treasures – all simple stuff, but for a few moment’s time, there are no outside distractions. On days when we drive to school, this obviously looks different…  I’ll make a really good effort to sit with her while eating breakfast and not be lured away by some task begging for my attention, we’ll have a good chat while I do her hair, or we’ll sneak in a few minutes on the couch together to read a book and talk before heading out the door.

5. Time to play.  Thanks to our school’s late start time, this one is actually pretty easy {so thankful that we don’t have to deal with the crack of dawn school run that’s sadly very common in Kuwait!}  Going to Kindergarten is hard work.  You’re expected to be fully ‘on’, making sure to listen to instructions carefully, keep your hands and body still for a good part of the morning, and talk only when you’ve been called on or you’ve been allowed to do so, among many other things.  Because all of these expectations begin the moment the bell rings, we do our best to sneak in active, outdoor play time each morning in order to burn off some energy before school starts.  In general, we arrive about a half hour or so early.  There’s not a soul around at that time, but that just means that we have the entire playground to ourselves for a while! ☺ 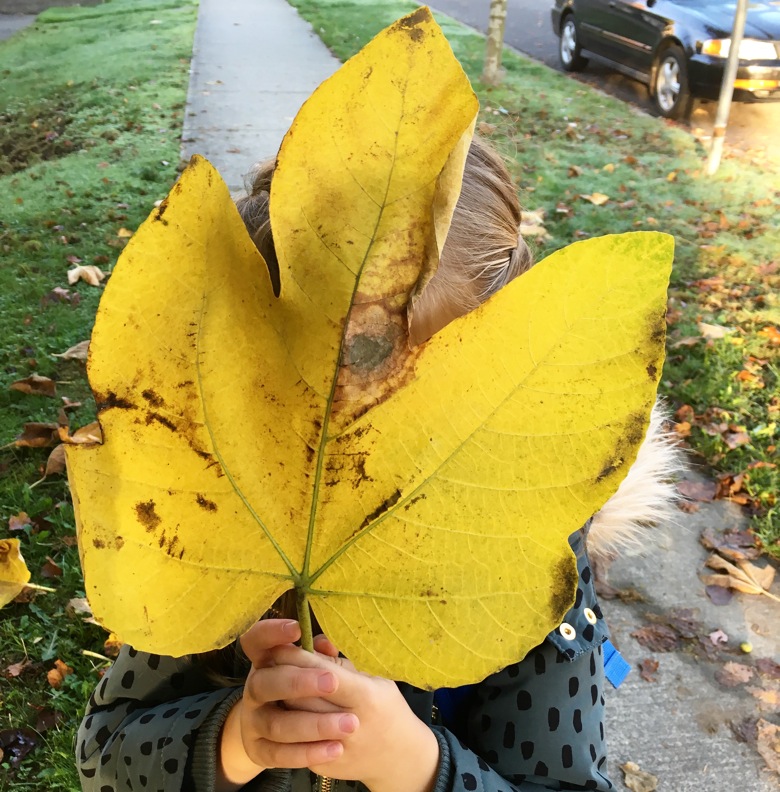 By the time the school bell goes, Miss G’s usually more than happy to see her friends, line up at the door, and wait for her teacher to collect the class.  She smiles, waves goodbye, and shouts, ‘I love you, Mama!’, seemingly forgetting all about the fact that she really didn’t want to go in the first place.  {And thank goodness for that.} 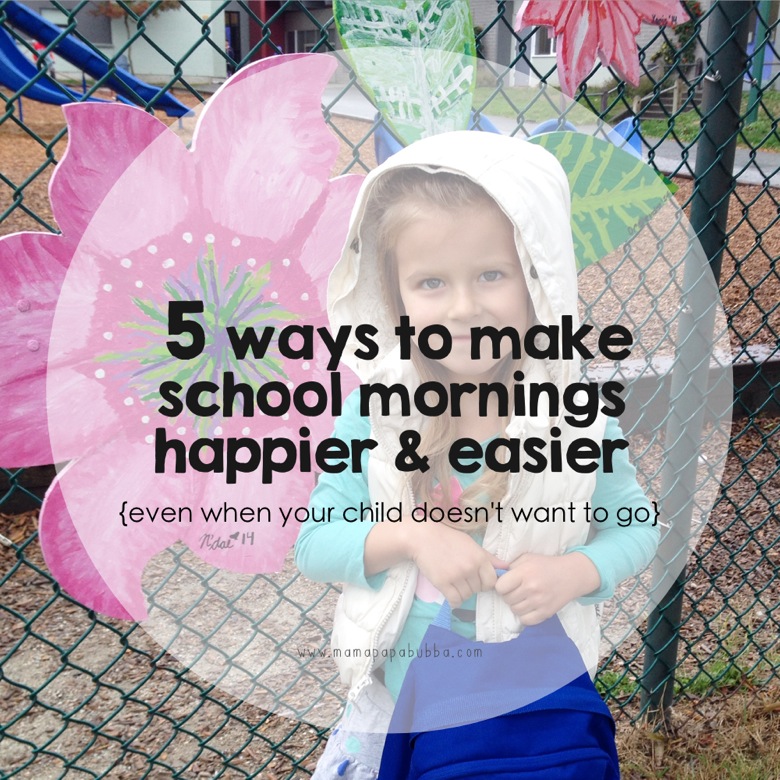 3 thoughts on “The Kindergarten Transition {& what we’re doing in order to have happier, easier school mornings}”