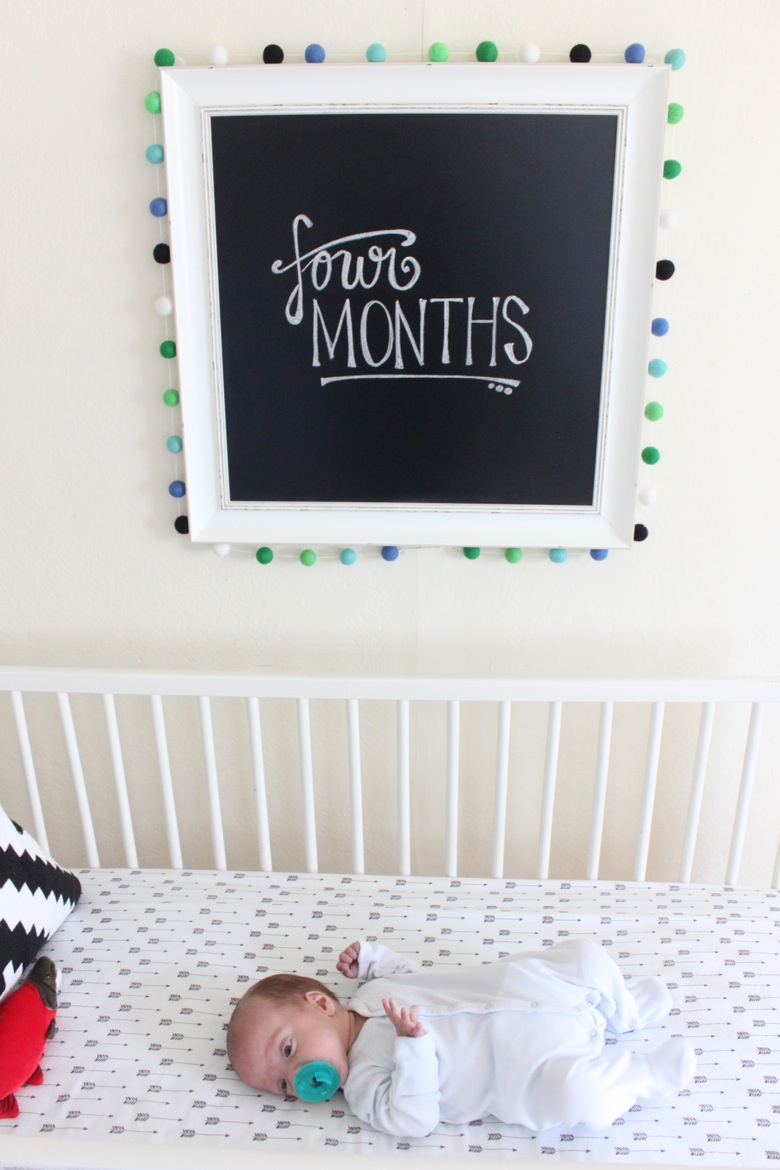 Today our sweet Sam is 4 months old {and approximately 1 month old corrected}.  Believe it or not, this little milk monster has gone from being 7 pounds 6 ounces last month to being a whopping 10 pounds 2 ounces this month!  That means that not only did he gain his entire weight at birth in a single month {eek!}, but he’s also now ON the average percentile curve for his chronological age, which is pretty amazing – I wasn’t expecting him to catch up for months yet! That being said, he is measuring on the very low end of average, but still!!  And that’s not just for his weight, but for his length and head circumference also.  Grow, baby, grow! 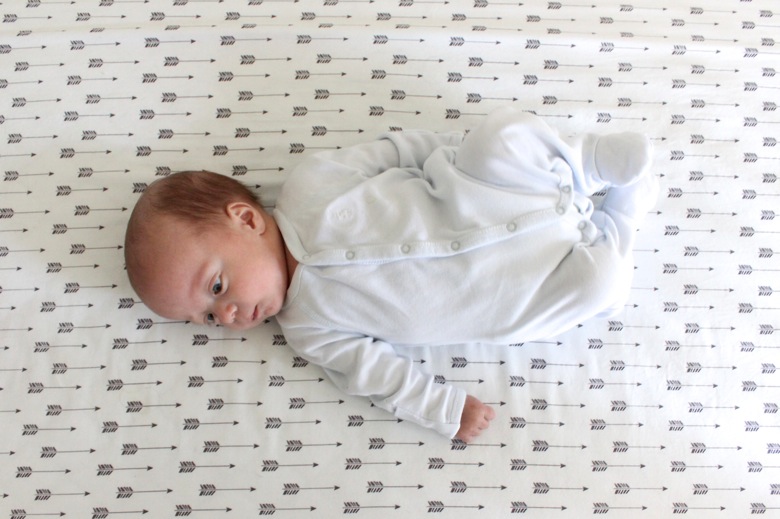 A couple of weeks ago we started being able to put him in some of his 0-3 month clothes, and as of yesterday, I’d say that all of his newborn sized items are now officially too small for him {with the help of his little cloth diapered bootie, at least}. 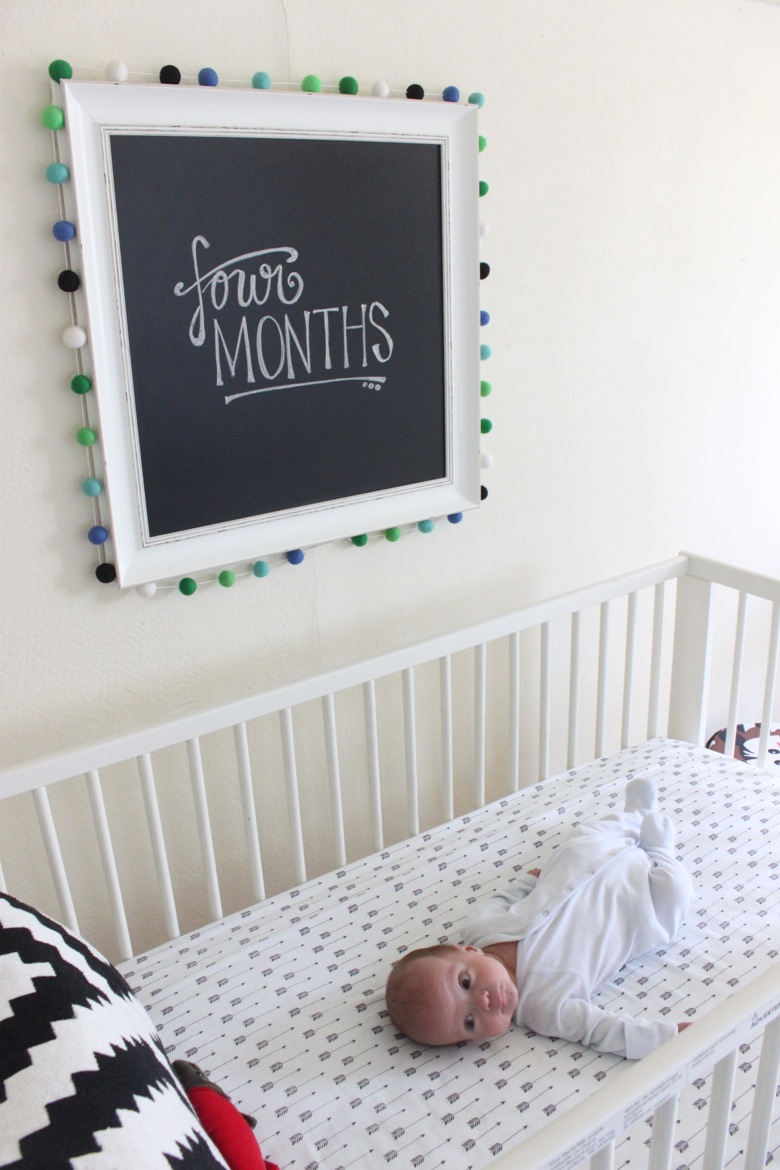 Even more exciting than fitting into a whole new wardrobe?  At our 4 month wellness appointment a few days ago, our doctor went through the milestones average 4 month olds should be reaching, and this little preemie baby is already meeting many of them {hello smiling, cooing, tracking objects, grabbing objects, and supporting his head for small periods of time} despite the fact that we’re really only expecting him to reach the milestones of an average 1 month old right now {as he’s currently 34 days corrected}. 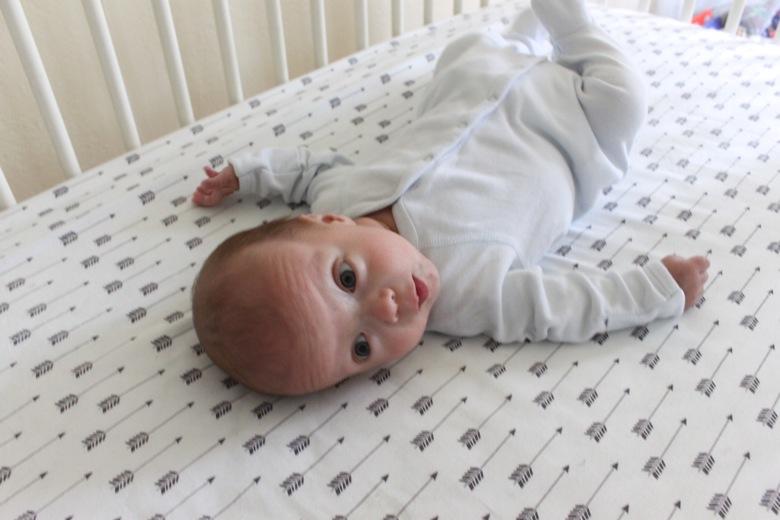 Right now he’s making the sweetest little sounds {especially after he sneezes} and he just recently really started grinning {which is ridiculously adorable!} 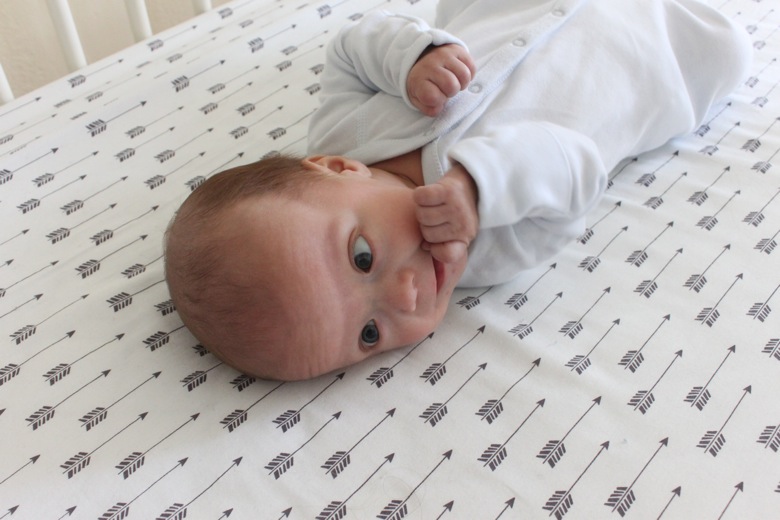 He’s still a super cuddly baby who would rather be in someone’s arms than anywhere else, and this includes while sleeping.  That being said, during the night he does sleep for a couple of 4 hour stretches on his own, before snuggling into our bed for the final part of the night. 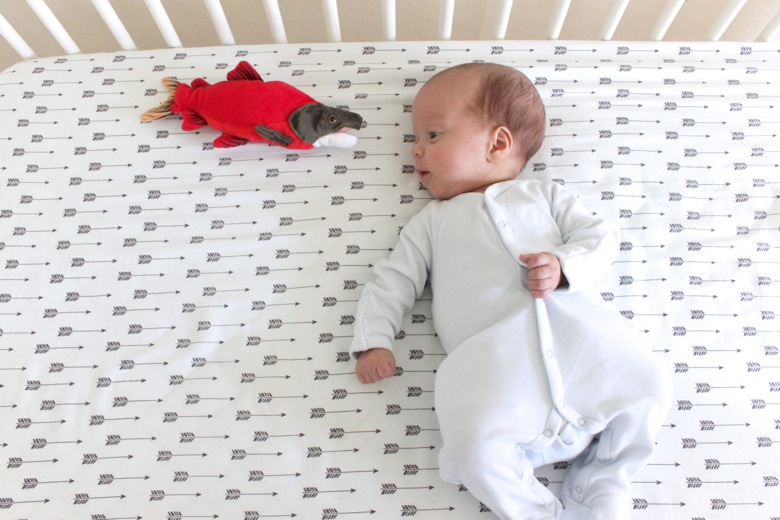 Another exciting change?  We’ve completely ditched bottles!!  When we were released from the NICU less than 2 months ago, he was alternating bottle feeds with breastfeeds {that were being topped up by bottle} simply because he didn’t have the energy / endurance to keep himself nourished through nursing only.  Breastfeeding is hard work!  It’s been a gradual process and I’ve very much followed his lead, but he’s now more than able to nurse for all of his feedings which means this mama is no longer a slave to her pump – woohoo! 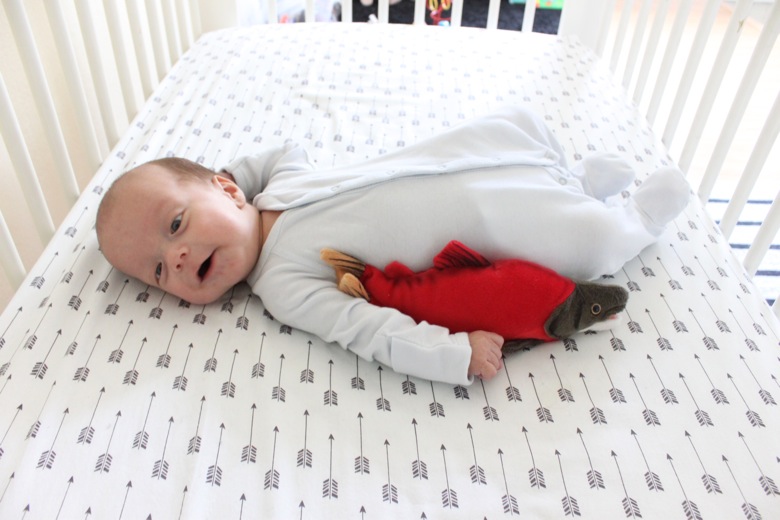 He currently loves being bounced and rocked, taking walks outside, and being snuggled up cozy and warm.

Things he doesn’t love?  Being left on his own, loud sudden noises, and the big gurgly bubbles that regularly flow through his tummy and hernia {poor guy}. 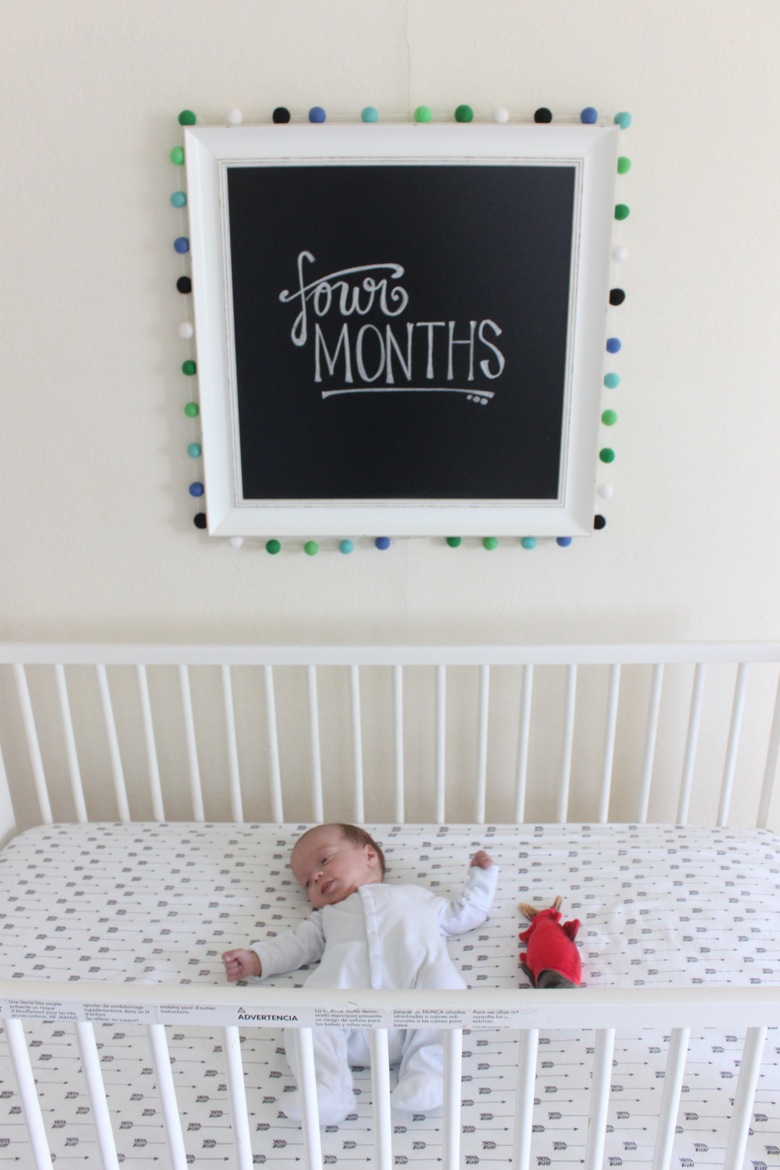 In a couple week’s time, he’ll have surgery on what’s actually suspected to be two hernias {one very obvious one and one less obvious one} and as much as the thought of sending him off to be operated on breaks my heart, I’m hoping it brings him some much needed relief as the poor guy is quite often very upset and uncomfortable thanks to his tummy bubbles and bulging hernia. 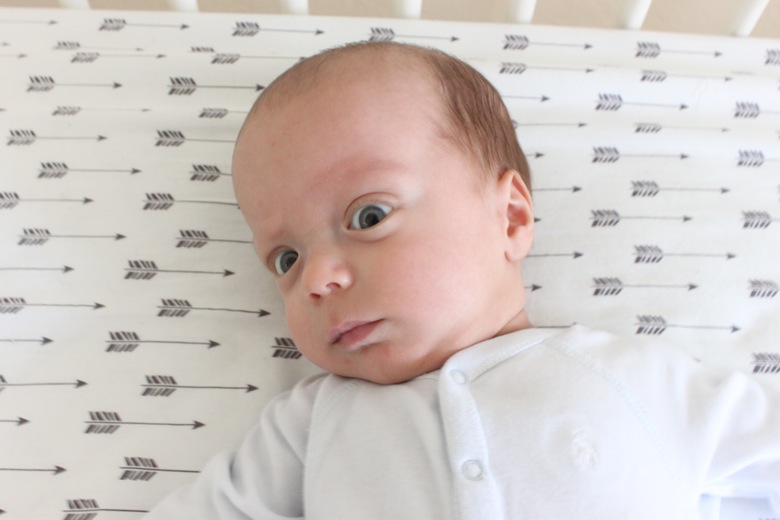 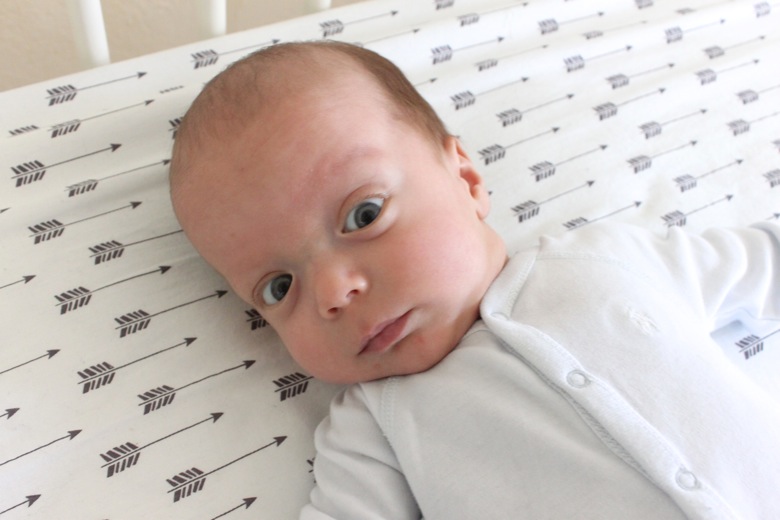 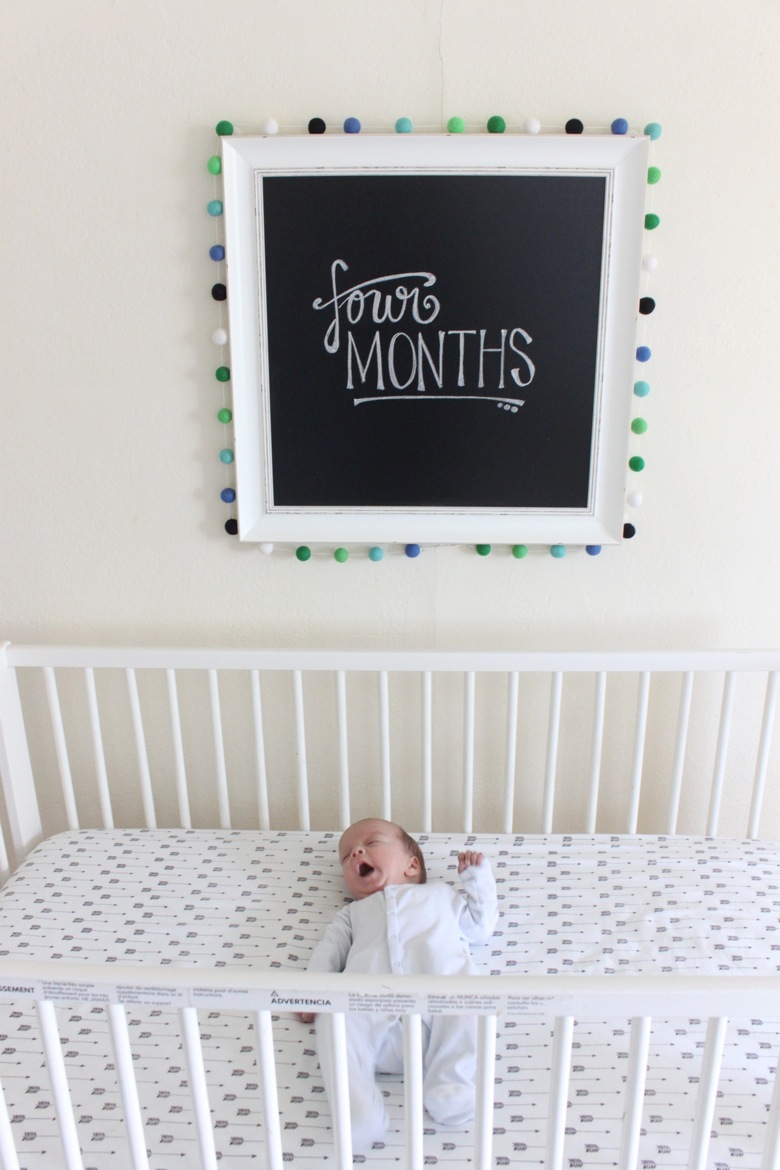 And that’s our baby boy at 4 months…  Sweet as ever and very much loved.