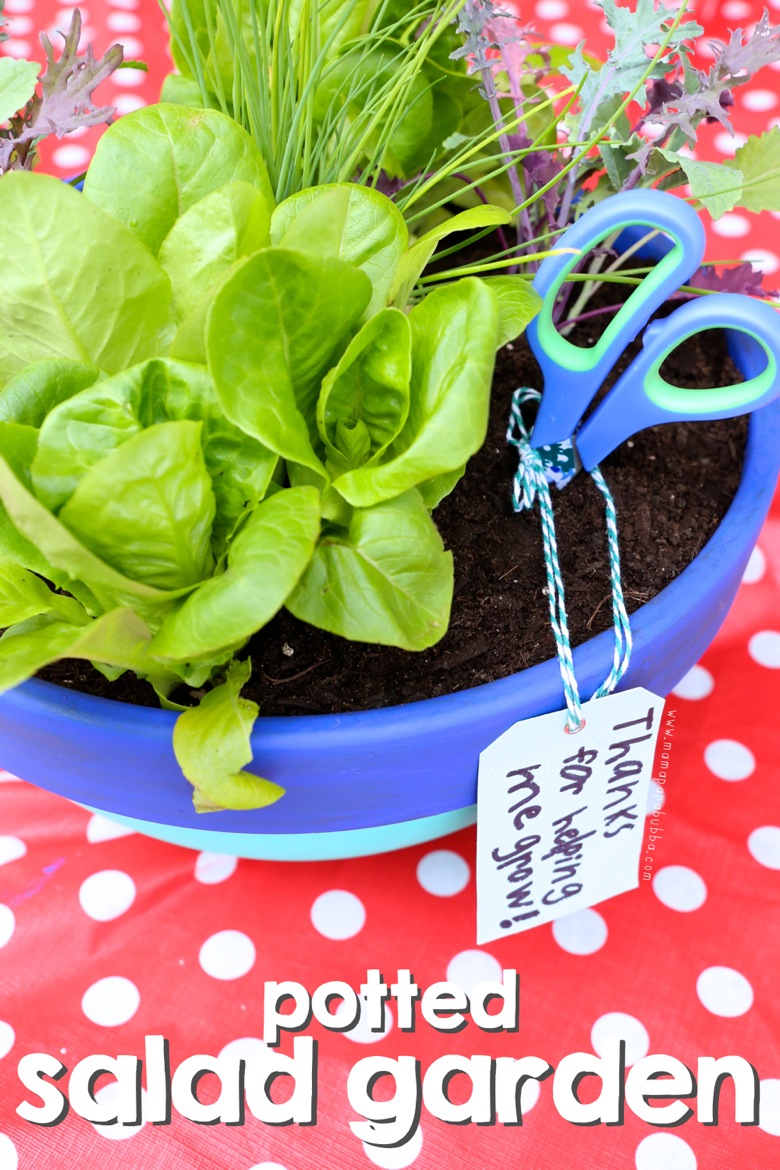 Last year, Miss G’s very first year of school, was a doozy.  Beyond having just left her home, friends, and most of her possessions in the Middle East to start over here in Canada, Miss G was also becoming a big sister after 5 years of being an only child and starting school for the very first time.  When we got settled in Vancouver, we decided that we’d give traditional public school a try, despite the fact that we’d long decided that we’d homeschool if we were to stay in Kuwait.  I had gotten excited about the possibility of homeschooling and wasn’t 100% sure about the decision, but after meeting what quite possibly might have been the greatest principal / office administrator combo EVER, we were hopeful it would be a great year.  Our cautious and sensitive girl was even excited about Kindergarten!

Well, if you’ve been around here for any amount of time, you know that things didn’t go quite as we hoped…  Miss G’s teacher ended up being one of the least nurturing and compassionate teachers I’ve met {and I’m not one to criticize teachers easily…  I am a teacher. I love teachers.  I think teachers have one of the most challenging and exhausting jobs in the world – but it’s true}.  Most all of her classroom management strategies fell into the public shaming category {an ‘out stump’ to sit on at the front of the class, a ‘bad kid’ chalk board hung up at the carpet area…} or the publicly doling out / withholding rewards category {and if you know me as a teacher, you know I’m incredibly passionate about fostering intrinsic motivation in children}, and creating a community of learners who worked together and problem solved together and looked out for one another wasn’t even on her radar.  It was constant problems, constant tattling, and everything just got brushed aside.  And it wasn’t just the kids.  Parents were very publicly scolded in front of the pick-up crowd for sending sugary snacks on several occasions, and the list could go on…

Thankfully Miss G was never really one of the kids singled out and shamed, but the classroom environment as a whole weighed very heavy on her heart.  Each day after picking her up at lunchtime {she only attended half time, thank goodness}, we’d deconstruct her day, talk about the things that had happened, why they had happened, and how they could have been handled.  Each night, we’d talk about the kiddos who were constantly on the ‘out stump’ and how what they really needed was some extra love, some extra grace, and some extra help with impulse control and problem solving techniques.  Each morning, I’d put on my best ‘today is going to be a good day’ face and give my best pep talk while trying remain sincere enough to not come across as over the top and fake.  It was awful.  And honestly, I regret making her live through a full year of it.  I feel like we spent that whole next summer building her back up, but not only that – what an awful way to begin her 13 years of school. Ugh.  At the beginning of the year I had said that I’d give it until Christmas before making any rash decisions and if Sam hadn’t come at the beginning of November, I’m confident that we would have made the choice to switch to homeschooling for January.  But of course by then we were in the throws of NICU life with our little 27 weeker and we were barely getting by as it was.  And so, we pushed through the year.  Thankfully {and sadly} by the end of the year I think Grae was used to it enough that she began taking it all to heart less, but gosh – I don’t think either of us could have been any happier to see the year end. 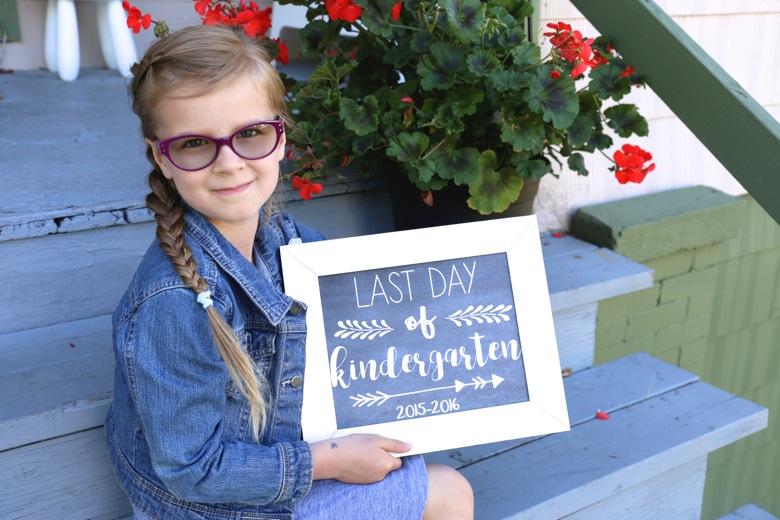 Now truth be told, the awful passive aggressive me would have loved to give her teacher a few of my very favourite education books {particularly Alfie Kohn’s Punished by Rewards}, but that wouldn’t have been very gracious and it certainly wouldn’t have been setting a good example for Grae.  The truth is, difficult people are a part of life and I felt like we had an opportunity to end the school year on a positive note by playing into Miss G’s love of creating and giving gifts, so that’s what we did. 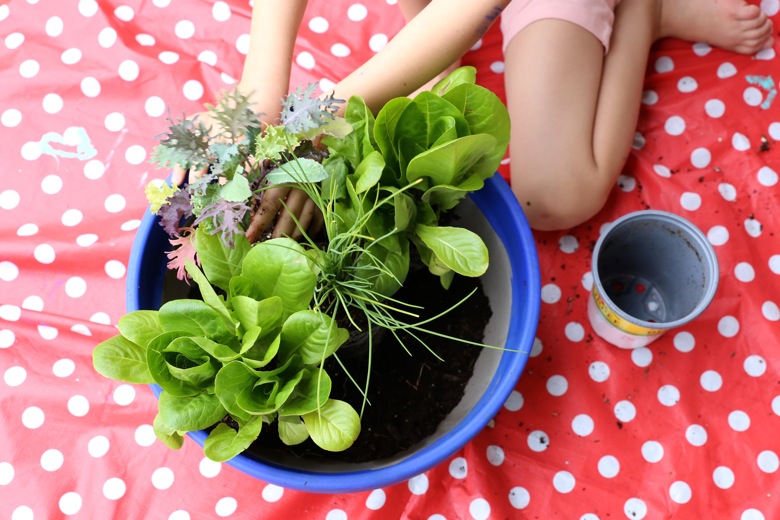 We scoured the shops for the perfect shallow but wide clay pot, we went to the craft store and bought paint in colours Miss G thought her teacher would really love, and we carefully selected all kinds of edible greens that she thought her teacher would enjoy, and we took care of those plants for a good few weeks before it was time to finally bring our potted salad garden to school on the last day. 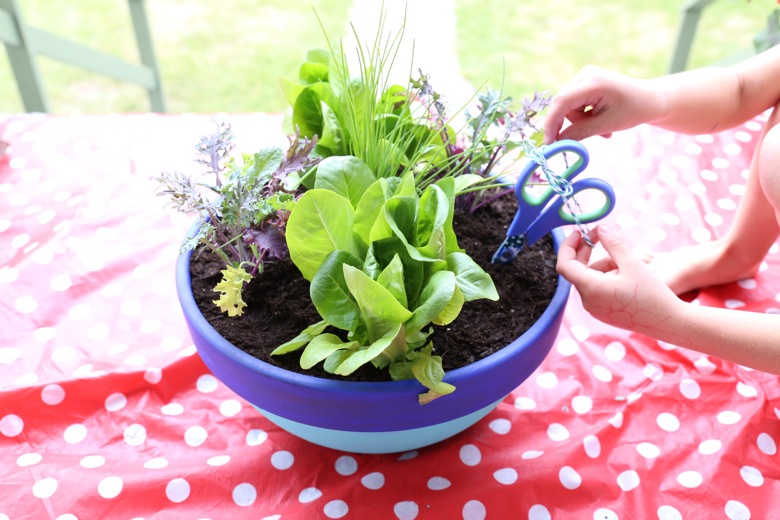 Did it change how the school year played out?  No, of course not.  But Miss G was proud to bring it to her teacher on the last day and I feel like it did end the year on a positive note. 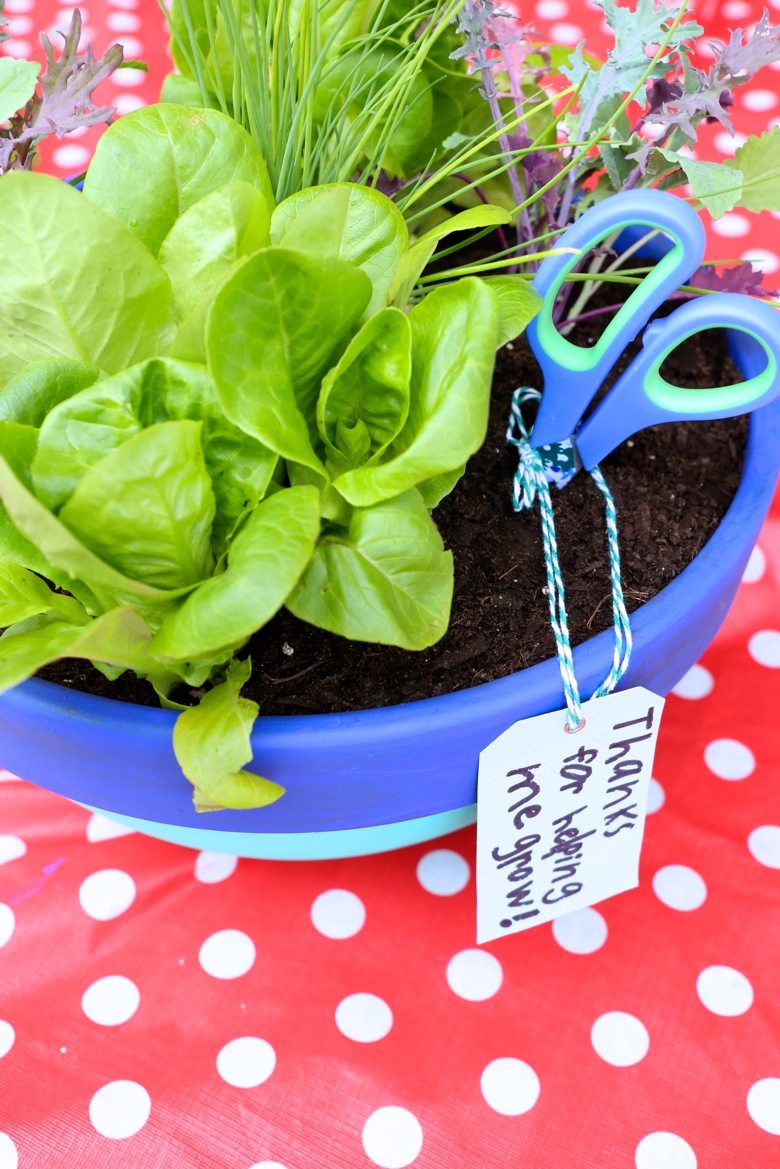 She even chose to add the cheesy but still cute ‘Thanks for helping me grown’ tag she had heard me once mention. :)

Check out all of the details of this project {including our top tips for making your kid-painted pot look polished} in our “Thanks for Helping Me Grow!” Potted Salad: End-of-Year Teacher Gift post on CBC Parents.