It was business as usual around here this afternoon…  Lunch. Potty. Cloth diaper. Story. Snuggles and a song…  Then I laid my munchkin down in her crib with her special blanket and bear family as I always do.  I gave her kisses, told her how much I love her, and closed her door.  As I did my usual quiet time tidy, I could hear her pre-nap time chatting and noise making coming from her corner of the house.  It went on for a little while, but soon turned into squealing, giggling, and loud “Gi-GULL, Gi-GULL, Gi-Gull” noises.  The girl sounded like she was having a crib party alone in her dark room!

For a dreaded moment, I thought to myself, Oh God, I hope this isn’t the beginning of her trying to drop her one and only daily nap… Thank goodness, she eventually did fall asleep.  But it was not until an hour after the fact.

Once she woke, I went into her room to see exactly how she’d spent that hour… 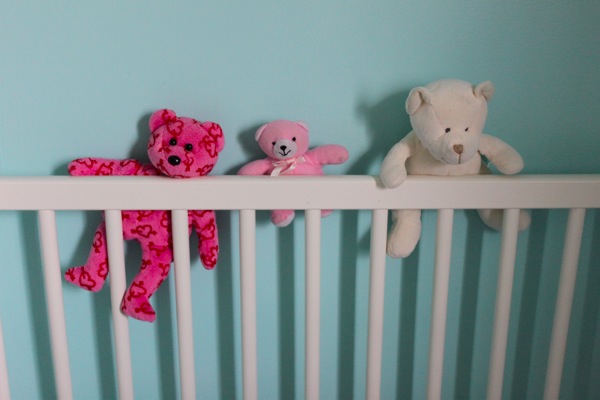 Arranging her little bear family just so, of course! 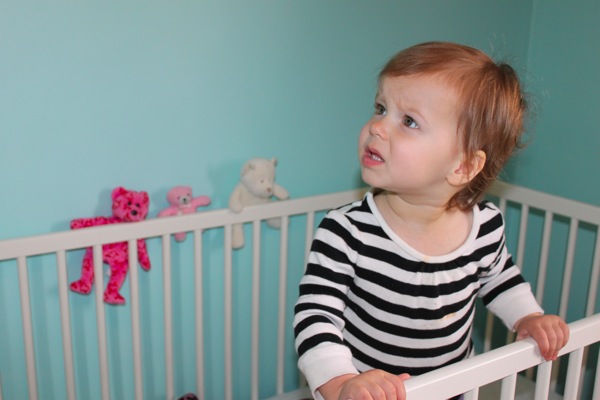 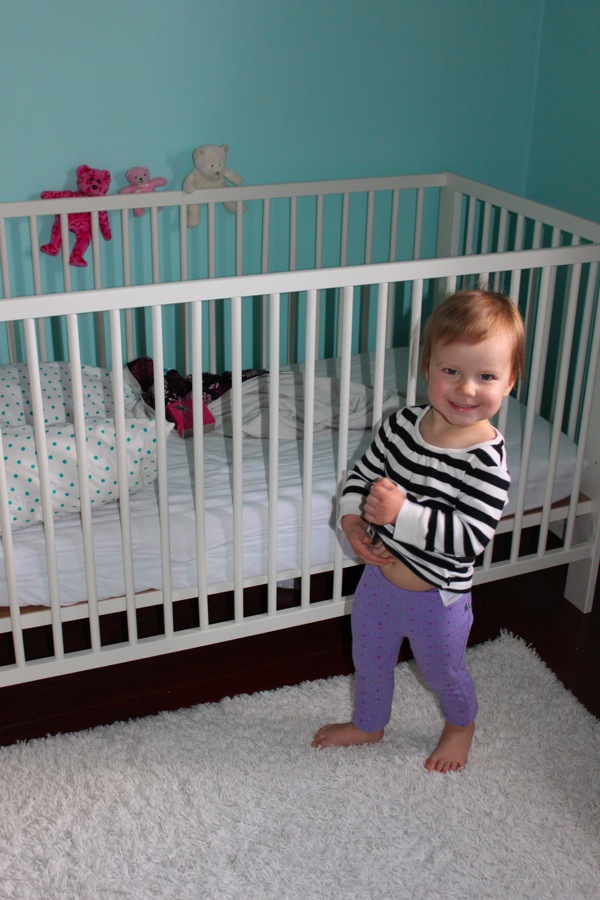 But once showered with Mama kisses and released from the confines of her crib, she was more than pleased with herself.