With today’s gorgeous weather and all of the fun Miss G had with yesterday’s sensory box, I decided to pull together another one this afternoon.

Gracen helped us plant our first ever garden this year and really loves checking in on it. She smells the flowers, strokes the leaves, and plucks out things that don’t belong, but she can’t do much more than that without disturbing the plants. So today I decided to give her a little “garden” of her own in the shape of a gardening sensory bin.

We headed to the garage and collected a few items, all of which we already had on hand.  We started with a good amount of soil, then added some eco-pots, herb and strawberry tags, gardening tools, and a couple of pinwheels (Grae’s favourite part of our current garden).  Grae’s contribution? A little fistful of rocks. 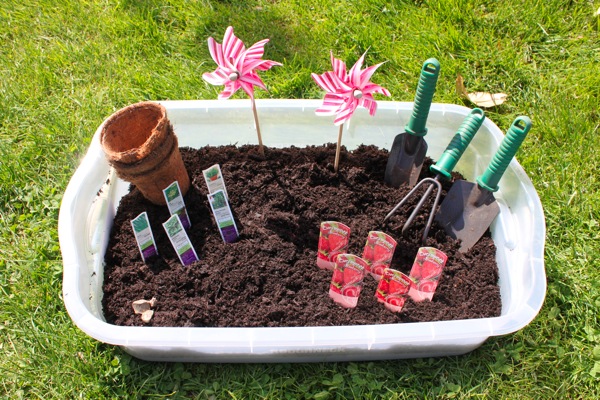 Let me tell you, this sensory box was a HUGE hit.  Without a word of a lie, she played with it for nearly two hours.  She was so into it that I even got to lay on the grass and catch up with emails on my phone for a few minutes.  She filled pot after pot of dirt and I was hugely impressed by her ability to get heaping scoops of soil into her pots without spilling much.  My favourite thing was that in between scoops, she would tap the excess dirt off her shovel by tapping it on the side of the container like I’ve taught her to do when we cook.  When she’d filled a pot, she’d pat down the dirt with her hand and then top it with a cluster of plant tags or a pinwheel. 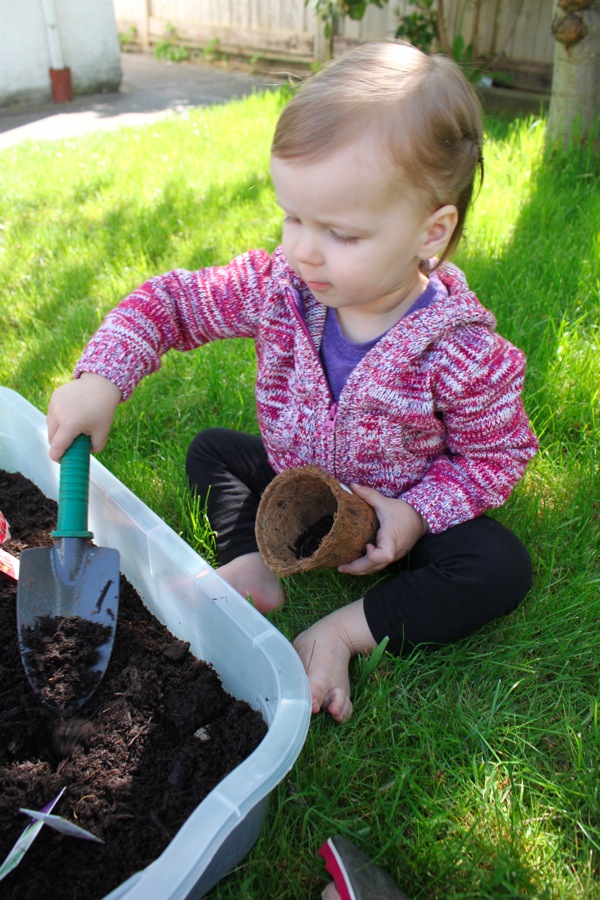 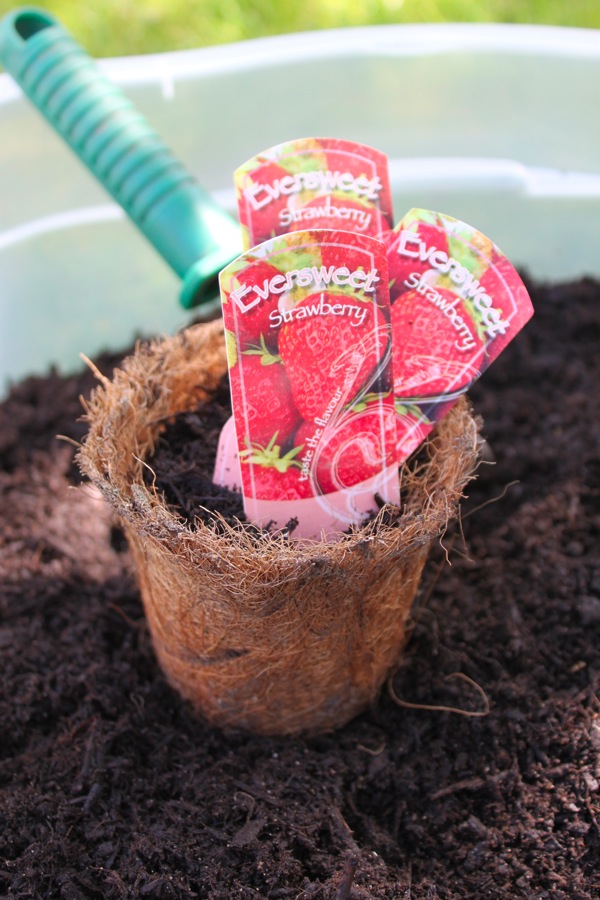 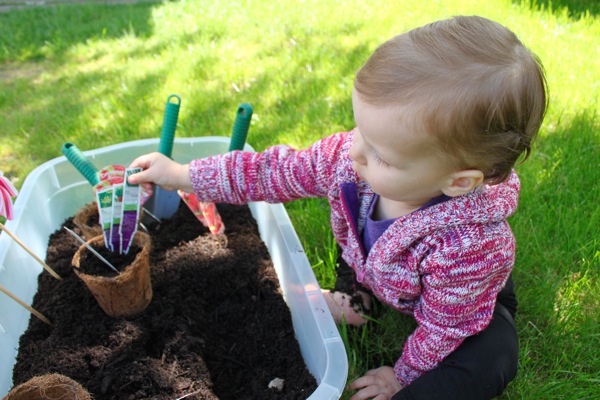 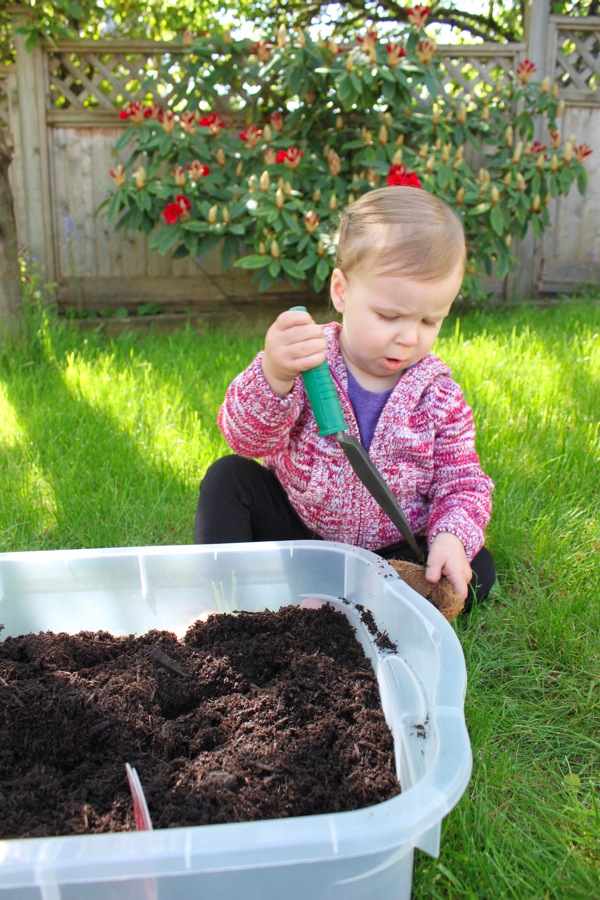 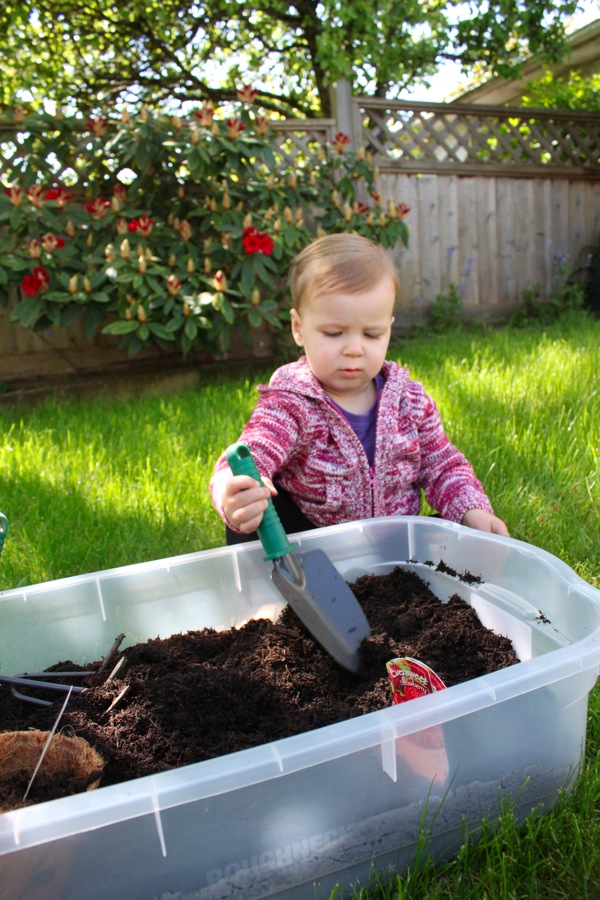 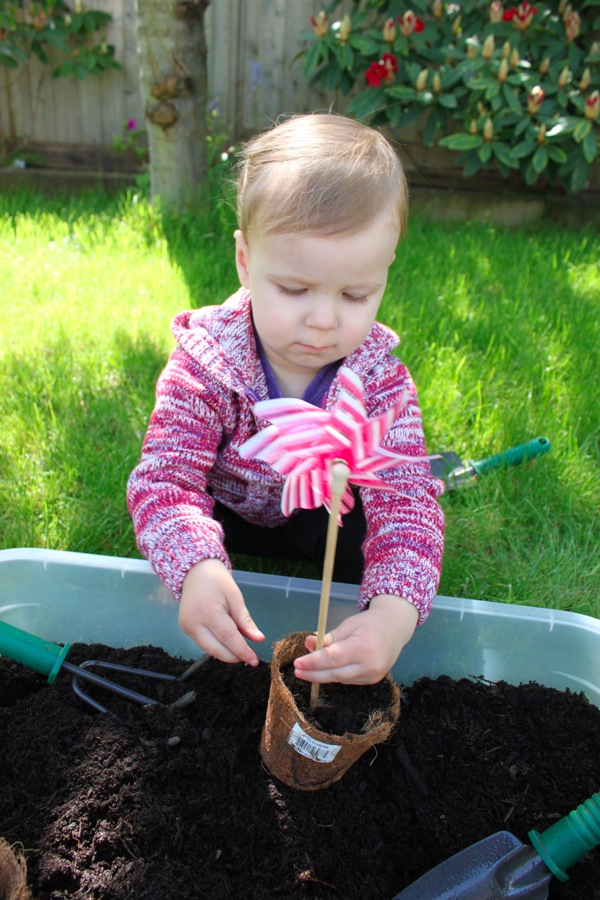 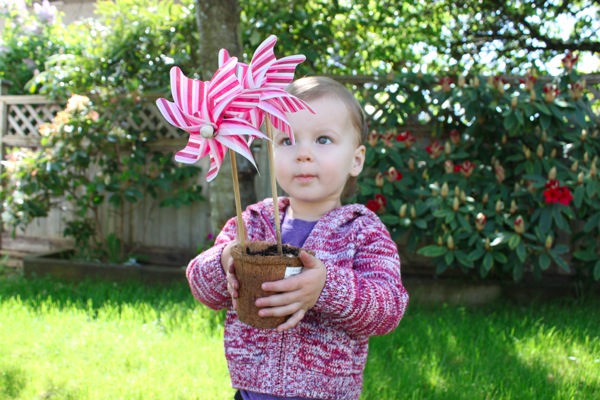 She also quite liked finding clumps of soil and breaking them up with her fingers. 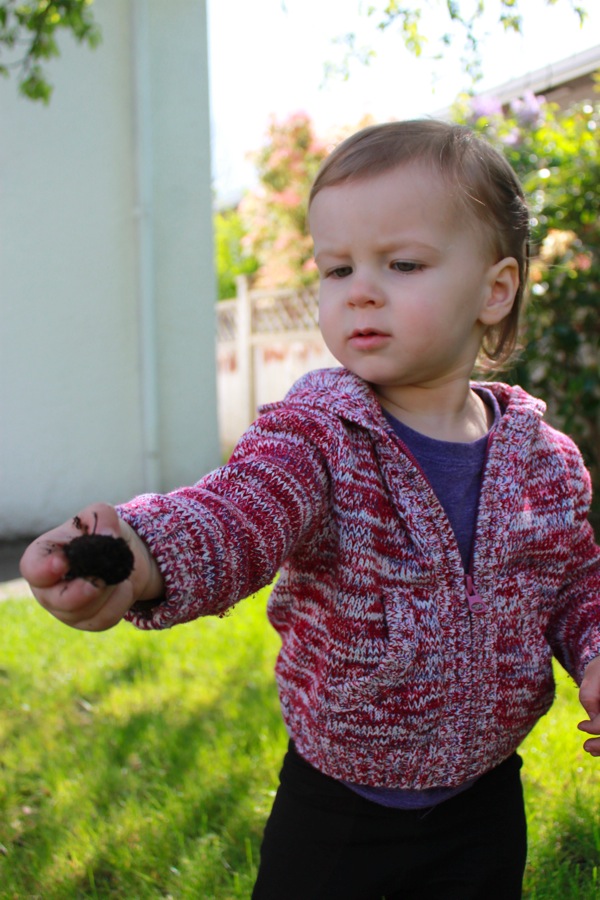 Of course we eventually reached the point where she decided it was time to get in the sensory bin.  I mean which sensory bin isn’t better when seated inside? 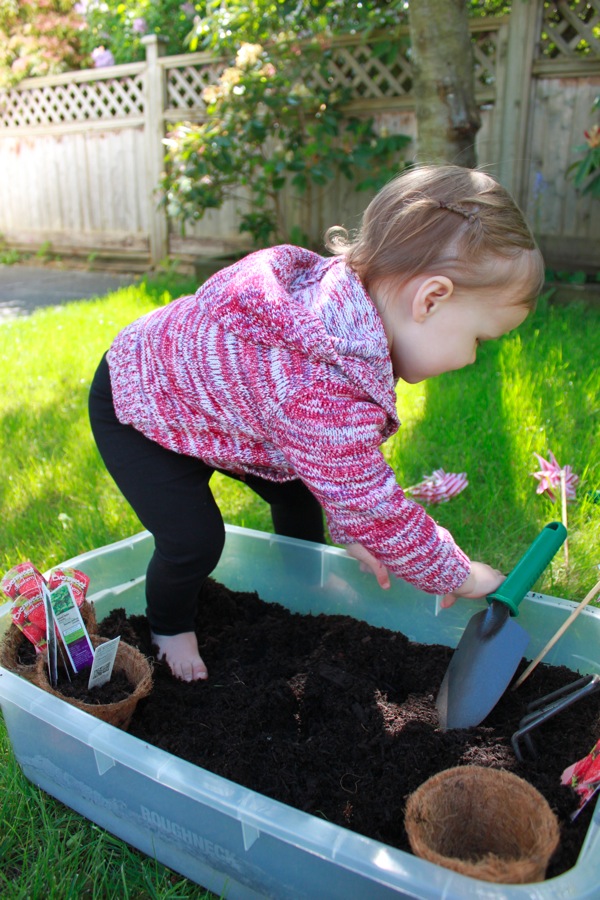 What she wasn’t overly impressed with, however, was having dirty feet.  After meticulously brushing them off, she carefully climbed out and stayed out for the rest of the afternoon. 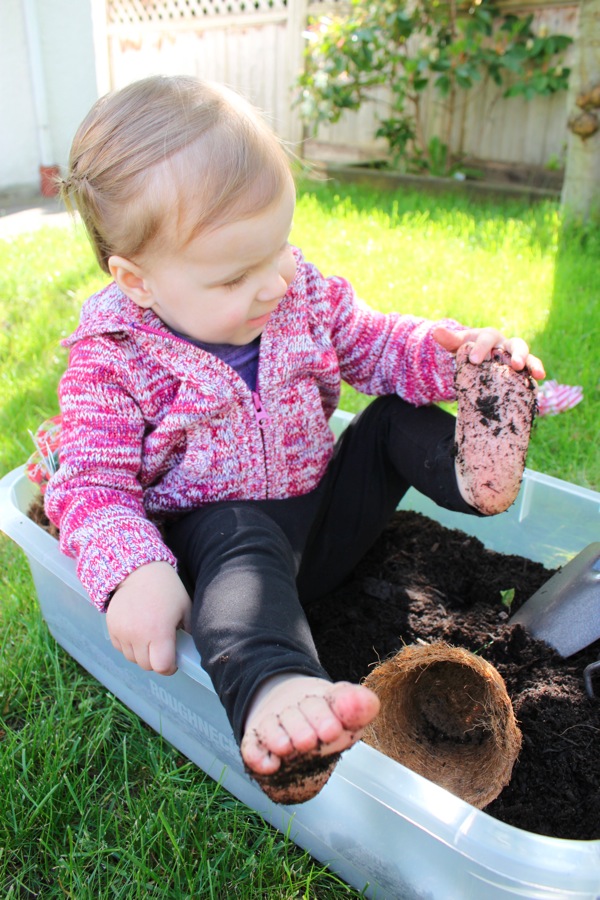