After waking up to yet another {very} rainy day, I decided it was time for some dry, indoor fun this time around…  So off to the Kerrisdale Play Palace we went!  I don’t know what it was about today (perhaps it was her nearly 13 hour sleep last night or it being her second visit – she’s a veteran now), but Gracen was absolute WILD woman!  Walking into the rink was like letting a bucking bronco loose after keeping him in the gates for an abnormally long time. The moment she stepped foot onto the concrete, she was running and jumping and squealing and flinging her little body around like it was the last day she’d ever get to play  in her life. Just a guess, but apparently she thinks the Play Palace is pretty awesome.

She didn’t waste any time getting down to business.  First she hit up some old favourites… 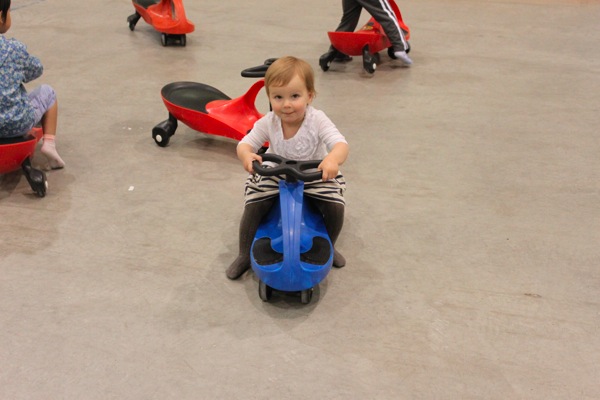 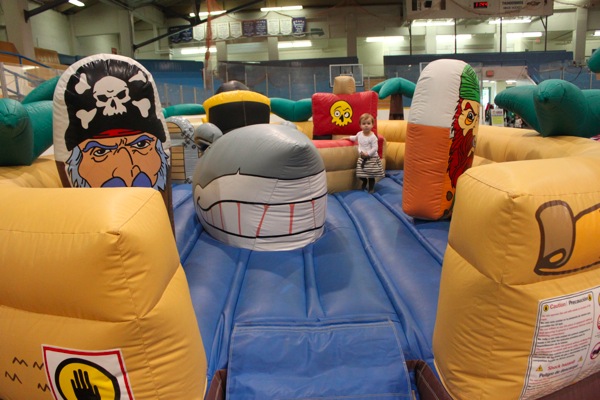 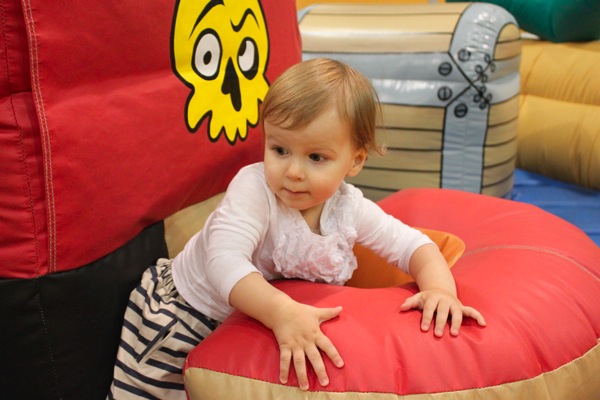 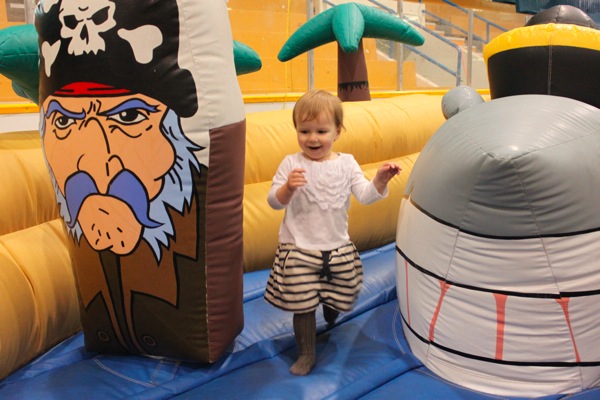 And then it was off to try some new things…  See that little monkey climbing up that inflatable ladder?  Last time she got half way up, panicked, and we had to retrieve her.  Not this time though.  Apparently she’s a big girl now because she climbed up and zoomed down on repeat. 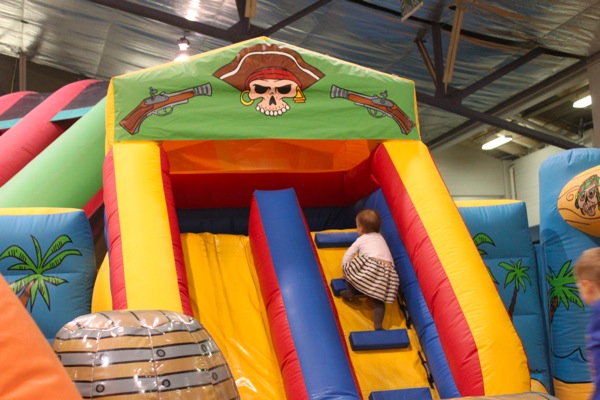 And then there was this.  Never in her life has she ever gone down a slide on anything but her bottom, but today she was all about belly-down, face-first. 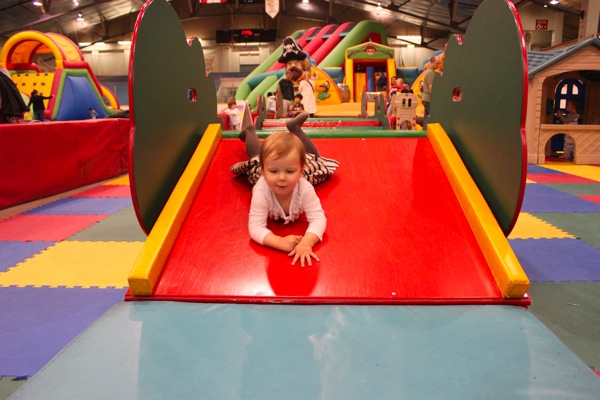 Oh, and going down with her little ‘yeehaw arm’ in full effect.

Later on, she saw a big girl climb up for a ride on the shark’s back, and she was desperate to do the same.  After letting her try and try again to get on, I finally broke all the rules, climbed up onto the inflatable while the supervisor wasn’t looking, and helped her up. (Shhhhh… Don’t tell.) 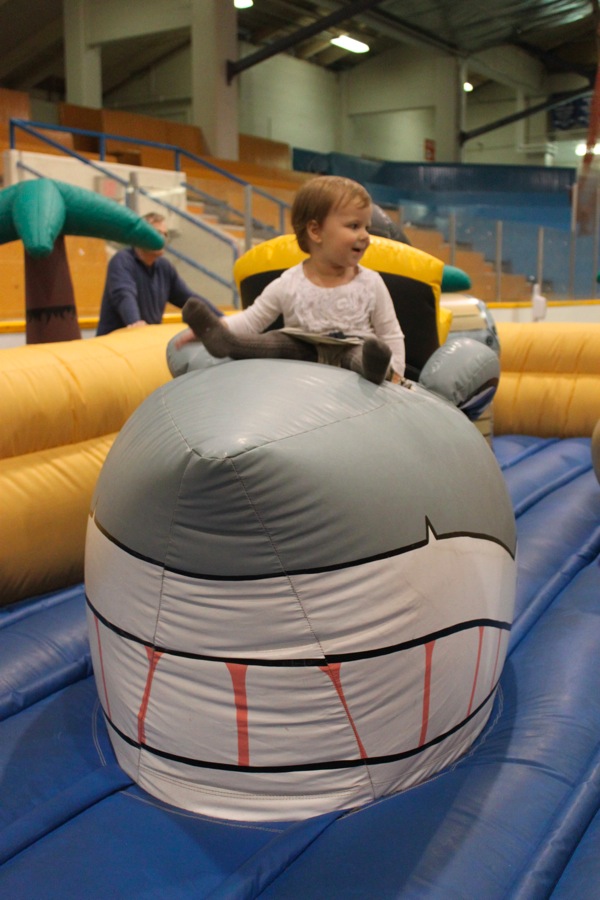 Strangely enough though, today’s absolute favourite was the foosball tables.  She kept going back to them again and again and when I told her we only had time to do one more thing, she picked going back for some more table football. 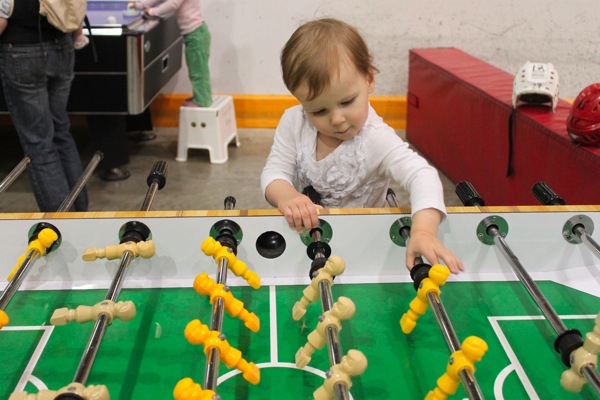 It was the perfect way to spend our rainy morning.  I left with a dishevelled, tired little monkey who was more than ready for her nap when we got home.