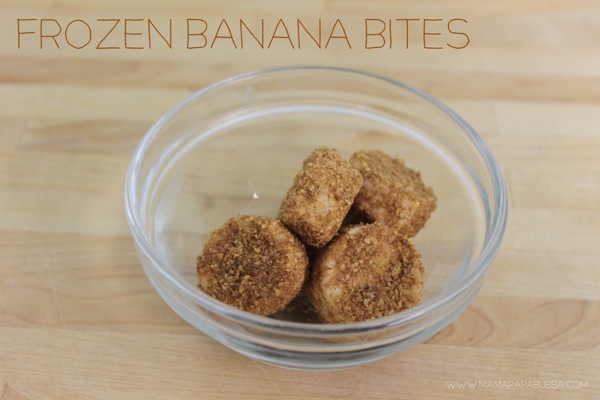 Only I would try to amp up the nutritional value of bananas… Haha! I kid. (Kinda.)  The truth is, Miss G has been on a two ingredient ice cream kick lately.  After asking for it for the third afternoon in a row, I decided it was time to switch things up a little bit.  Though we’ve made frozen banana pops before (which Grae loved), I wanted to try something smaller and easier to snack on this time around.  So along came the frozen banana bite.  With only 3 ingredients, they’re a breeze to make, plus, dare I say they taste like banana cream pie? I do. 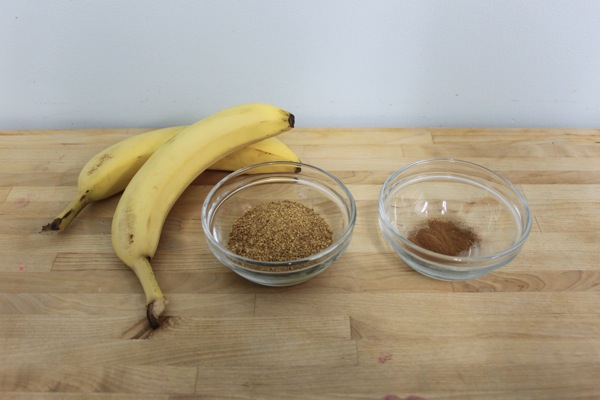 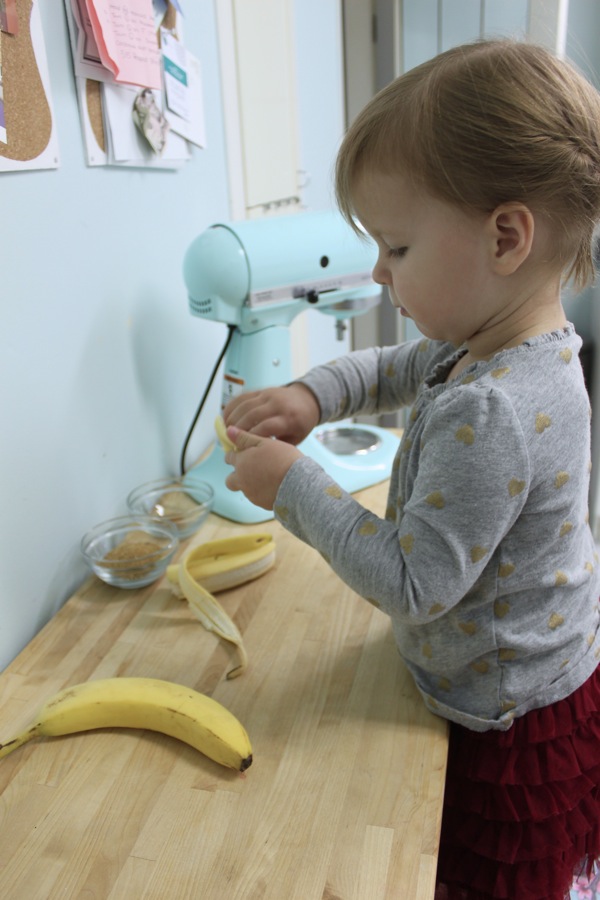 Start off by peeling the bananas and making sure all of the white stringy things are removed. 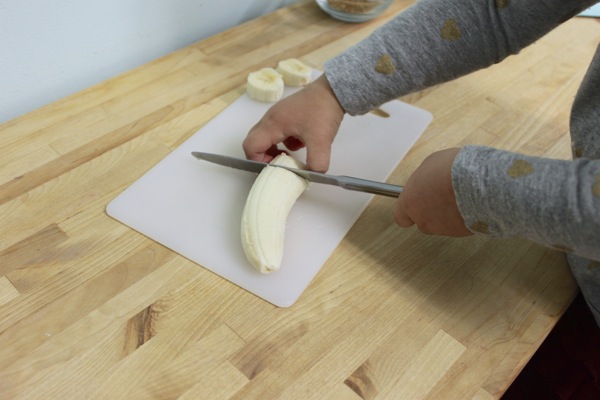 Chop them into coins (maybe about a half inch thick?) and set them aside. 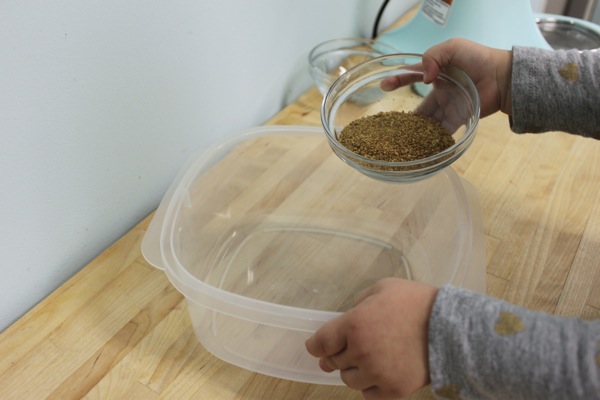 Next, pour some roasted ground flax seed into a container with a lid (or a zip close bag). 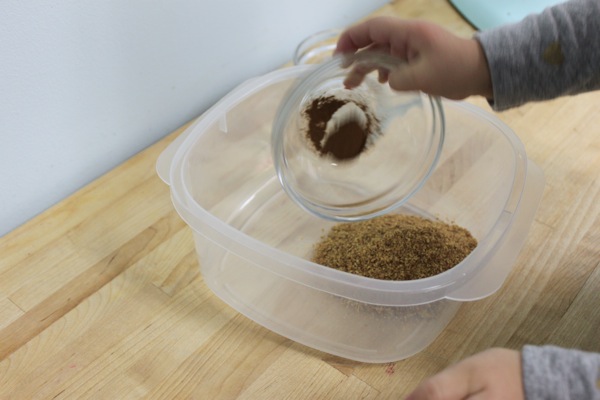 Enthusiastically dump some cinnamon in too. 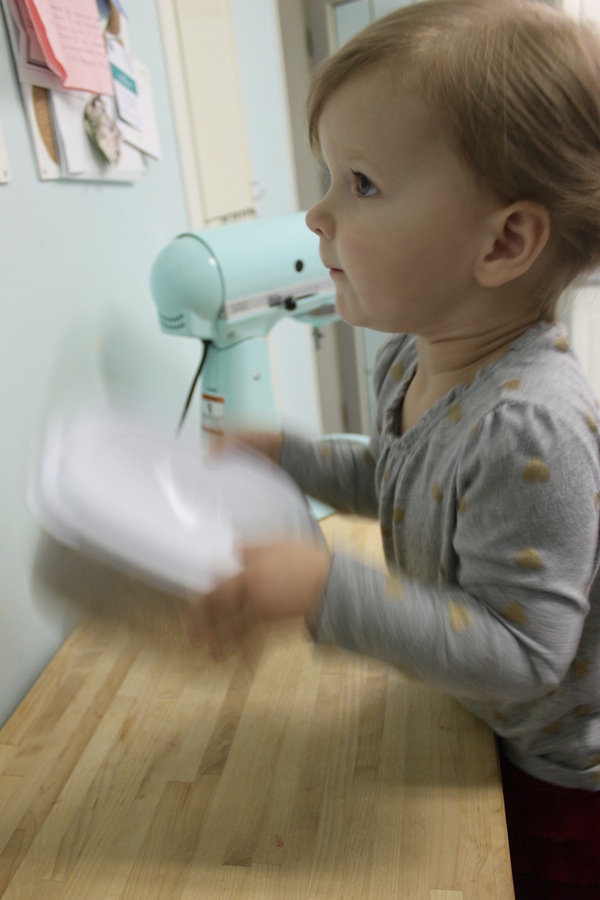 Put the lid on the container and give it a little shake. 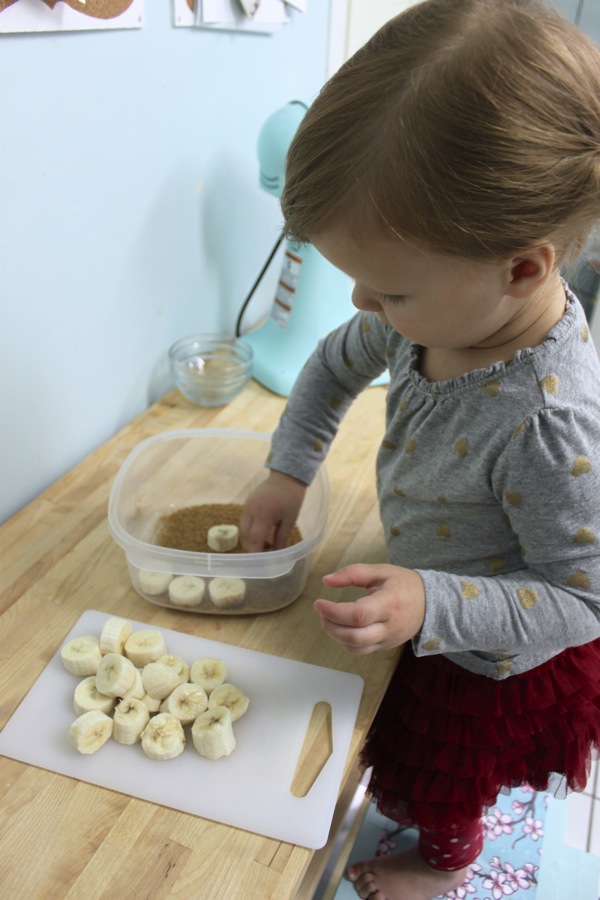 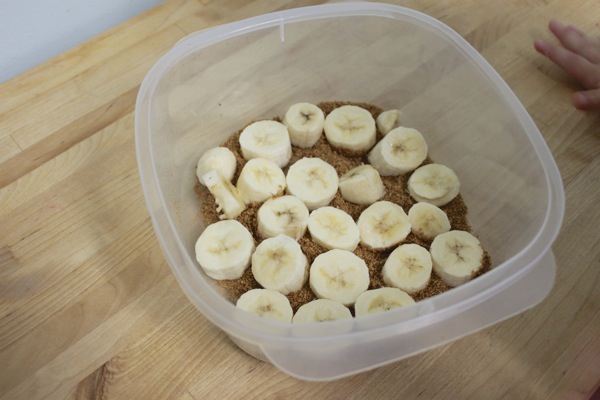 Next, place the banana coins on top of the cinnamon/flax mixture. 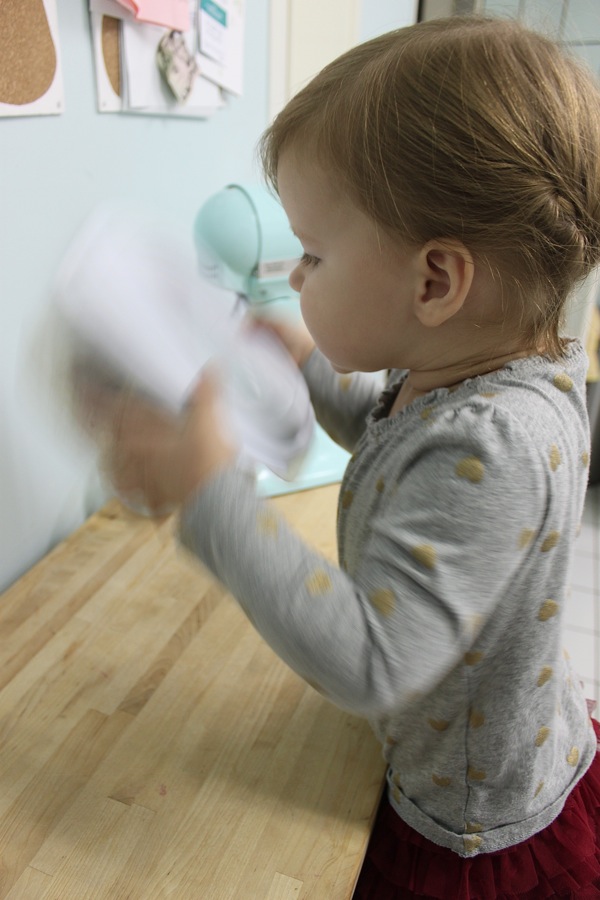 Place the lid on the container again and shake until all of the banana coins are well coated. 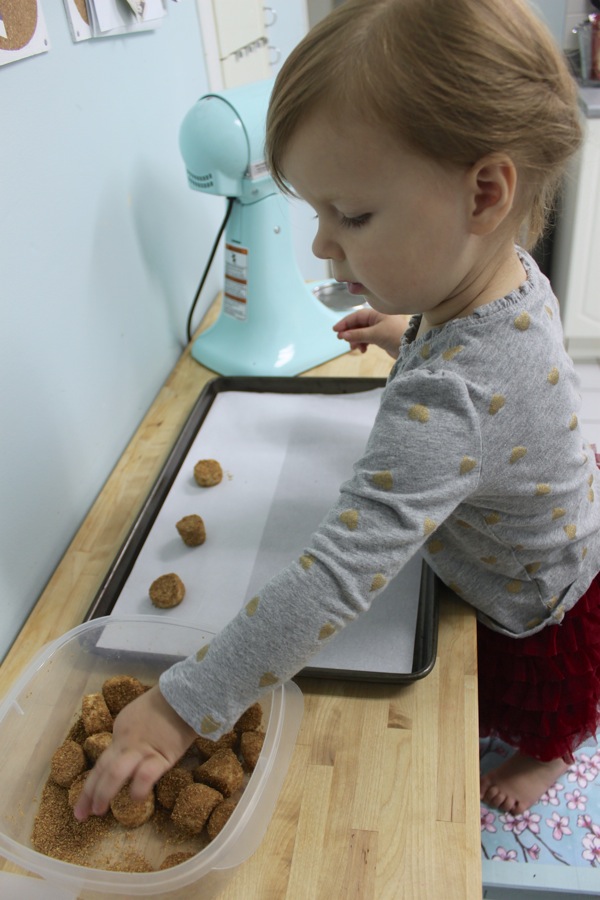 Next, place the coated banana pieces onto a parchment-lined baking sheet. 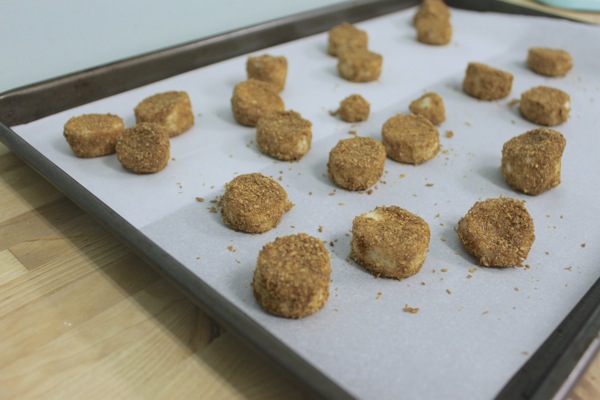 Place the tray in the freezer for at least an hour. 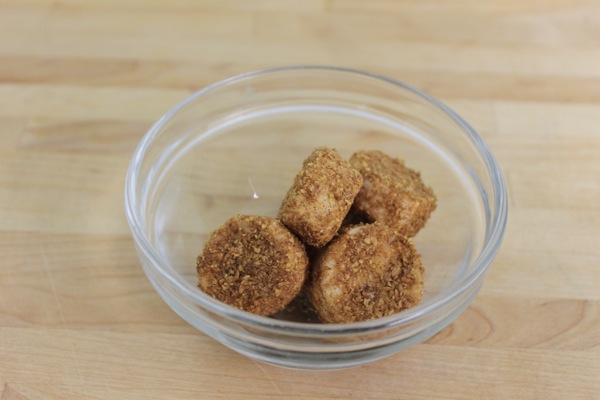 Serve them frozen to your excited toddler and watch them disappear. (Without a word of a lie, Gracen gobbled up our entire batch – and that was after a full meal!)

Peel the bananas and slice them into coins about a half inch thick, then set aside.

Put flax seed and cinnamon into a container with a lid or zip close bag and shake.  Add the banana coins to the flax mixture and shake again.  Place the coated banana pieces on a parchment-lined baking sheet and put in the freezer.

After about an hour in the freezer, the banana bites will be frozen, but still a tiny bit soft, making them perfect for serving.  If you aren’t serving them right away, transfer the bites into a airtight container.  When you’re ready to eat them, you can serve them completely frozen, or let them sit on the counter for 5 to 10 minutes beforehand (my preference).