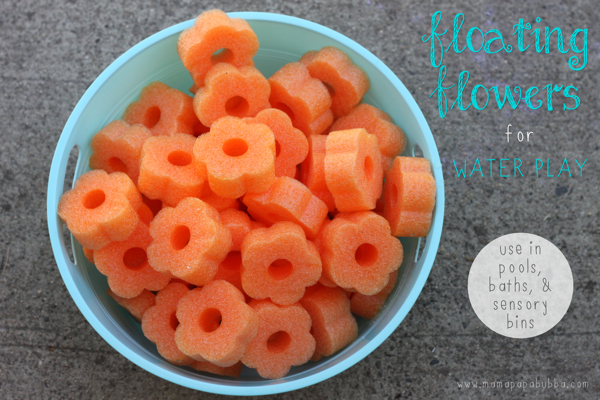 When we went to pick up a pool noodle for Gracen’s marble run water slide, she originally fell in love with a flower-shaped noodle.  While I knew it wouldn’t be the best fit for our marble run, at $1.25, I knew we would eventually figure out a way to put it to good use. 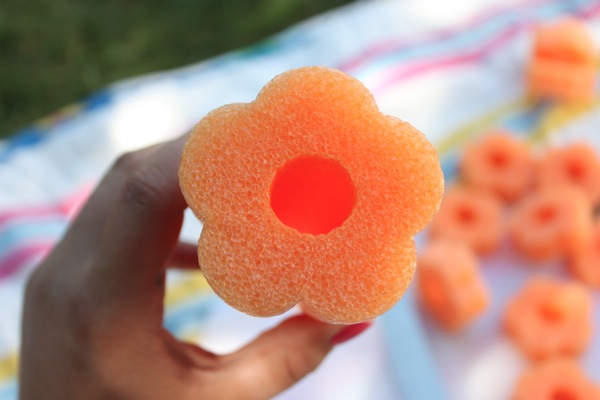 It was my first time seeing this sort of pool noodle, and all I knew was that I wanted to slice it up to create tons of little individual flower shapes. 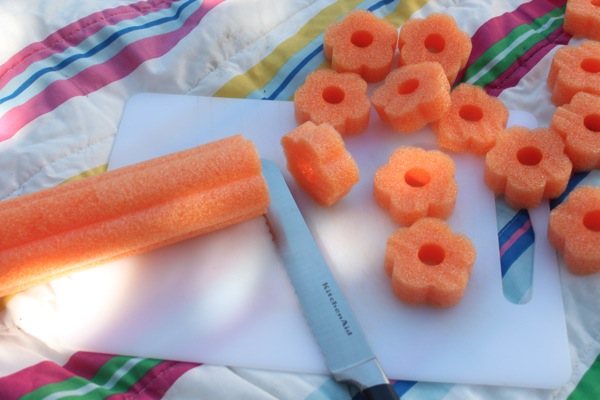 So that’s just what I did.  Just like when slicing a pool noodle in half vertically, I found that using a sharp, serrated knife and a sawing motion worked best.  I sliced ours about an inch thick, but you could do them any thickness you like – even varying thicknesses would be fun! 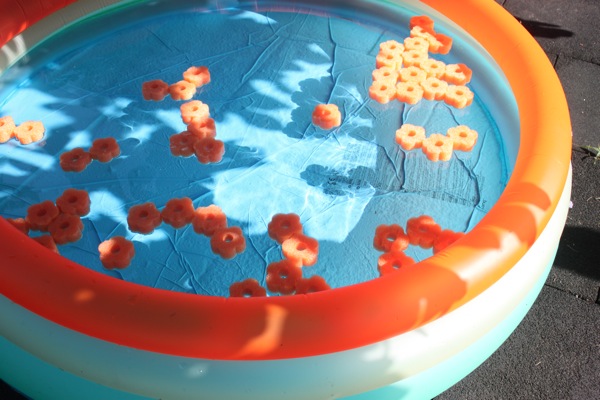 As I chopped, Miss G ran the ready flowers over to her blow up pool and tossed them in! 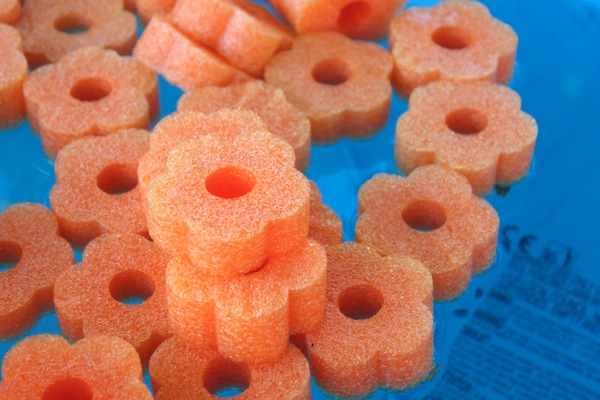 It’s such a simple thing, but they looked so pretty and inviting dancing around on the water’s surface.  (I’m already picturing them in bath tubs and sensory bins too!) 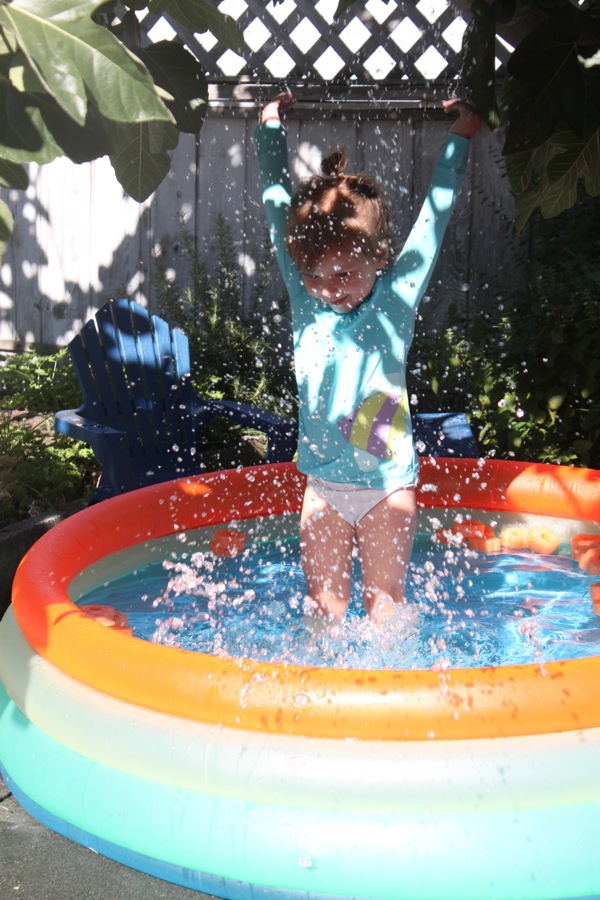 I think Miss G agreed, because she immediately jumped in {despite the freezing cold water} and started splashing around like mad! 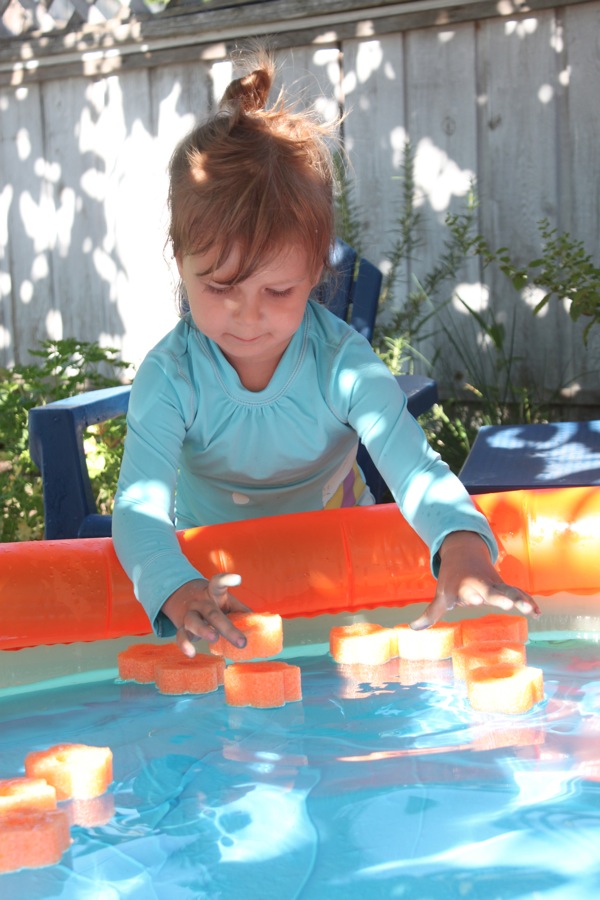 When the splashing had subsided a little bit, Grandma Charlotte showed Grae how the flowers could be used as building blocks. 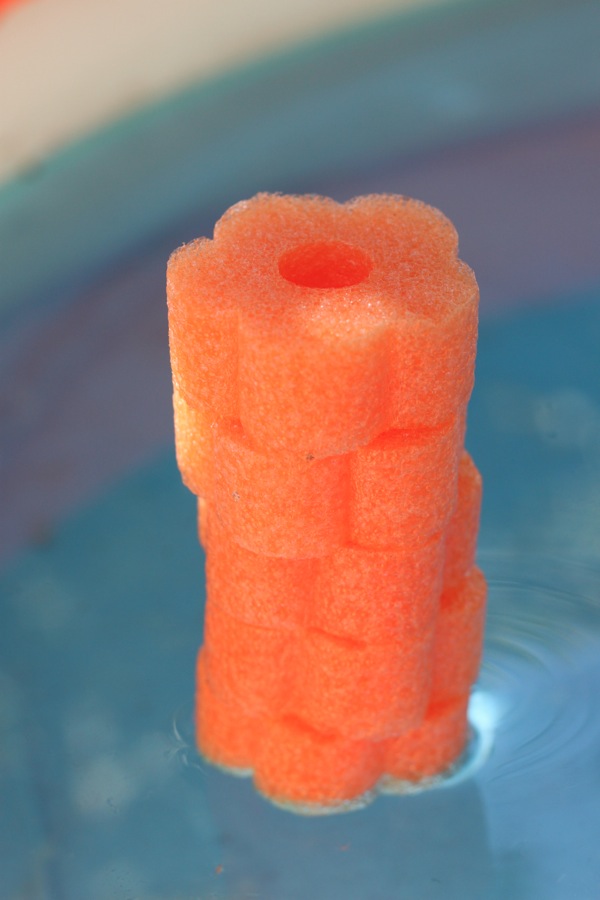 It’s definitely easier in still-ish water, but it’s equally fun when in or out of the pool.  Towers can be built… 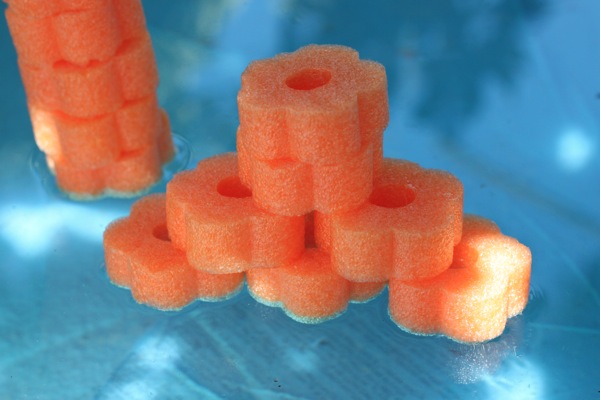 Pyramids can be built… 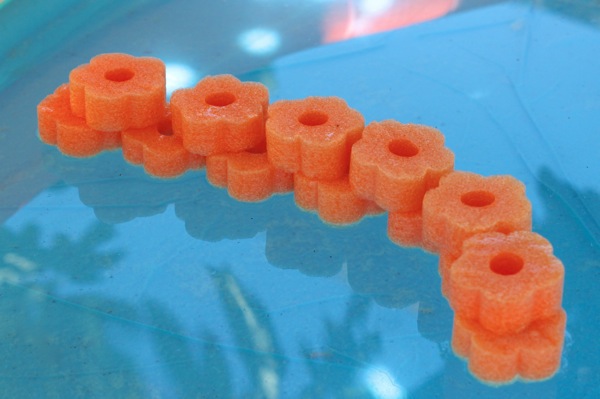 And ‘trains’ can be built too!  Of course, the possibilities are really endless when it comes to building structures – even when they’re floating ones. 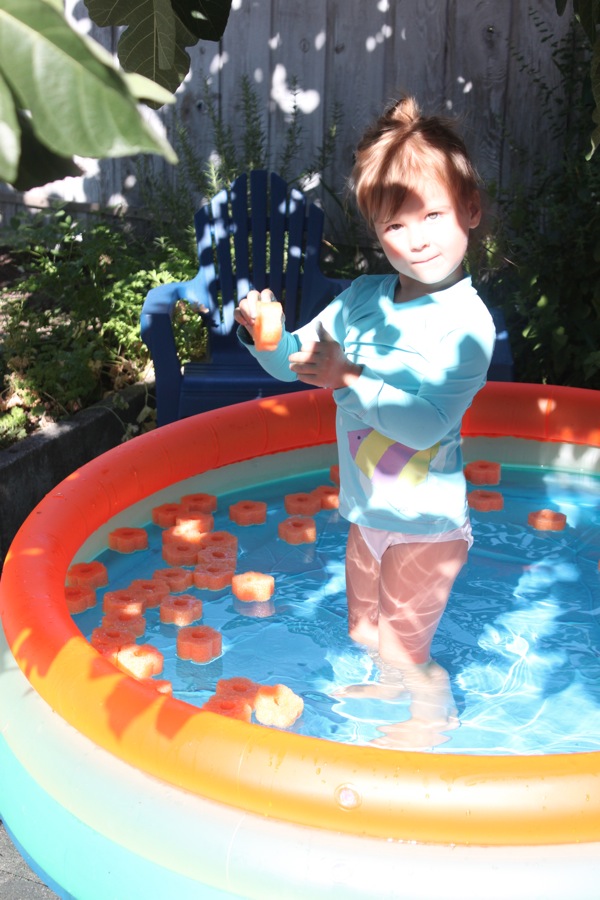 Now the only question is how I’m going to convince Brad that heaps of pool noodle flowers are a Kuwait necessity…  I mean with the heat and the amount of time we spend in and around water there, they are, aren’t they? ☺ 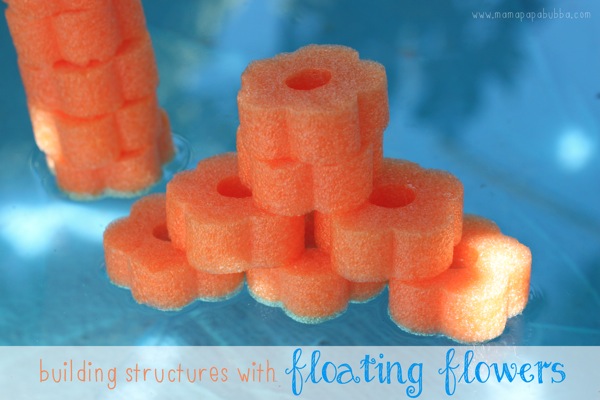