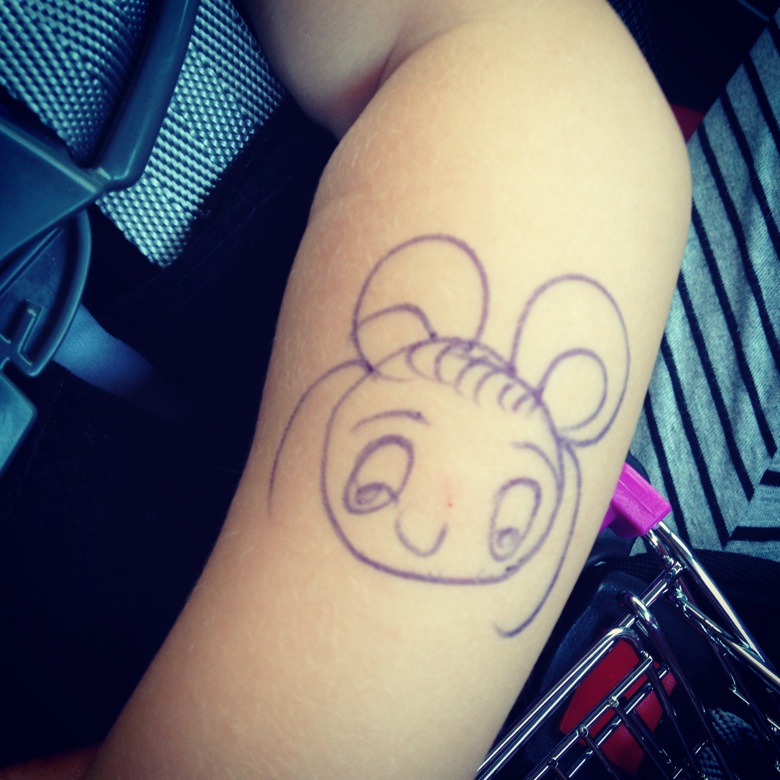 I’ve been dreading today since we first decided we were moving back to Kuwait…  The day when we had to go for Gracen’s residency visa “medical”.  There are so many things I truly enjoy about living in Kuwait, but dealing with any sort of government clinic process is simply not on the list.  The facilities are dingy, the nurses are brash, and there’s no effort made to explain anything to either the parent or the child.  It’s not lovely to say the least.  Luckily, I’ve done this once before and knew exactly what to expect.  I had all of my ducks in a row before going and prepped myself to speak up and not be pushed around last night.

As I expected, the only thing Miss G needed was a BCG vaccination or a TB test.  We’d decided long ago that we didn’t want her to have the BCG {it hasn’t been done in most parts of Canada since 1970}, so our only option was to have her tested for TB.  When I told her what was about to happen, Grae started crying and begged for us to leave, which pretty much broke my heart.  I explained that it was only a tiny poke that would be over quickly and offered up a special band-aid I’d brought along for the occasion.  Band-aids are a huge deal in our house, but I honestly didn’t expect it to have the effect that it did.  She bravely sat in my lap admiring the cats on the bandage while the nurse drew a face on her forearm and added a poke for the nose.  I expected crying or screaming or at least an ‘OW!’ to accompany it, but there was none of that.  There was also no alcohol swab, gloves, or hand washing involved {ew!}, but I’m just so thankful we’re done.  For now at least.