I’d been waiting a long time to show Gracen the magic that is moon dough, and today was the perfect day.  It just so happened we had white flour in the house and I randomly came across a half bottle of baby oil when organizing the bathroom cabinets…  So it was kind of meant to be.  Plus, it was plenty warm to be outside doing something messy, but not so beautiful that you wished you were sitting on the beach or beside an outdoor pool.  Gracen helped me make the moon dough first, and then I transferred it into one of our empty sensory bins, gathered some fun stuff from around the kitchen, and brought everything into the backyard. 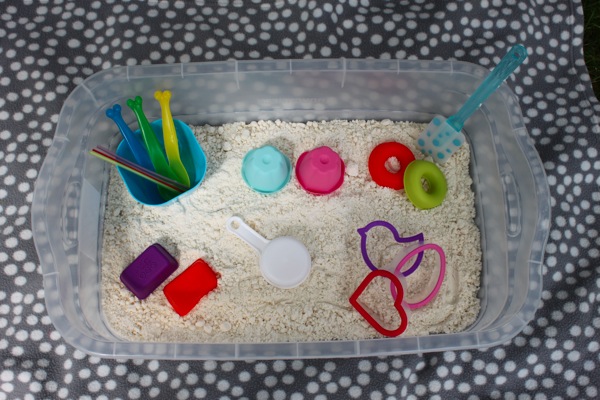 Gracen had wanted to get her hands into the dough from the time we started mixing the oil into the flour, so she was more than ready to get started. 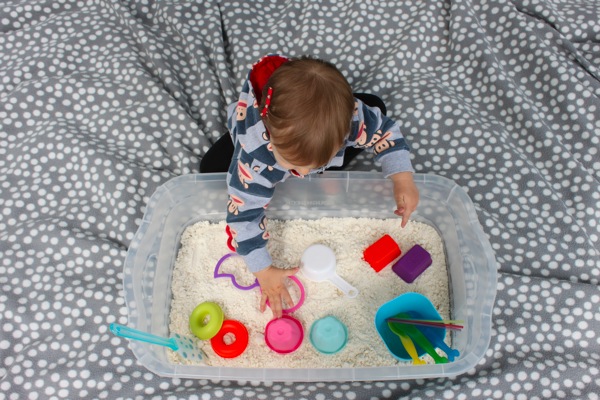 She began by filling up the bowl and silicon baking cups one spoonful at a time and patted each one down when full, just as she does when making sandcastles at the beach.  She quickly decided that the straws were the perfect ‘cake’ toppers.  She’d carefully place them in one container, take a sideways glance, then move them to another, as if she were trying to get it just right.  Turns out, the big bowl was the best place for all of them. 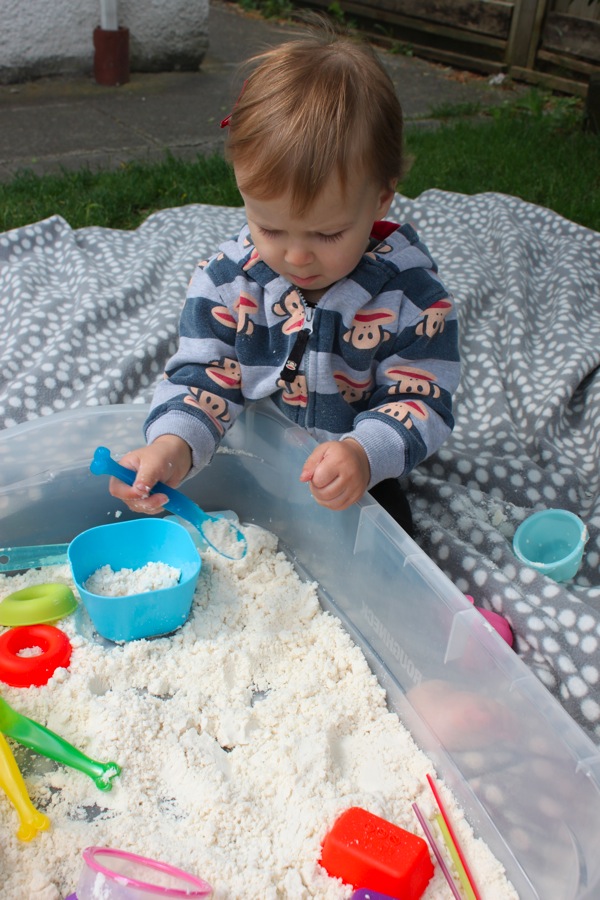 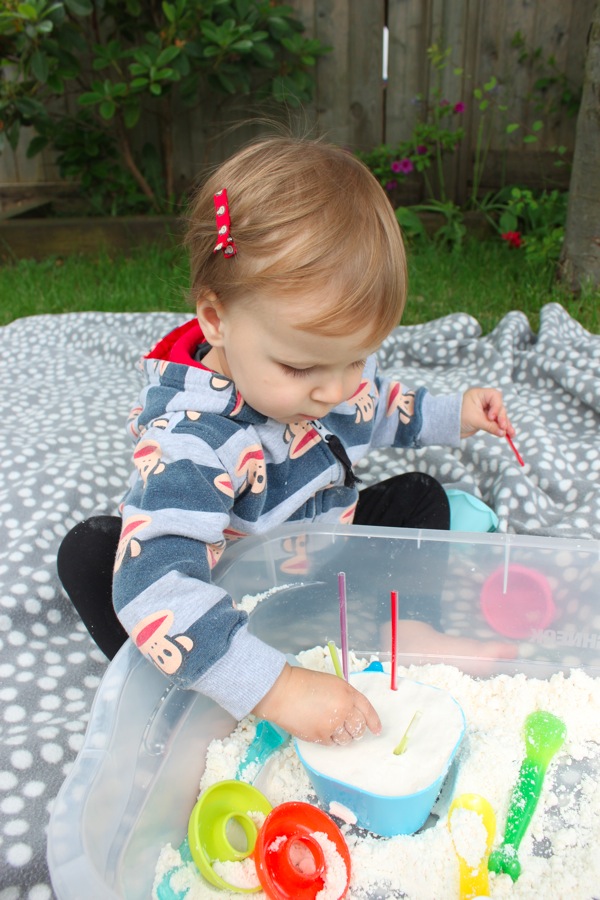 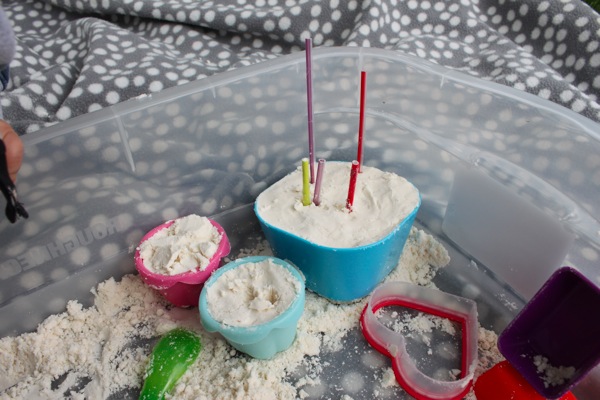 And though filling up the containers was fun in itself, she was extremely pleased with the discovery that she could tip them over to make little moon dough castles.  (While the plastic bowl was harder, the silicon baking cups were perfect for this because she could give them a little squeeze and the castle would pop right out.)  Of course smashing the castles was just as much fun as making them. 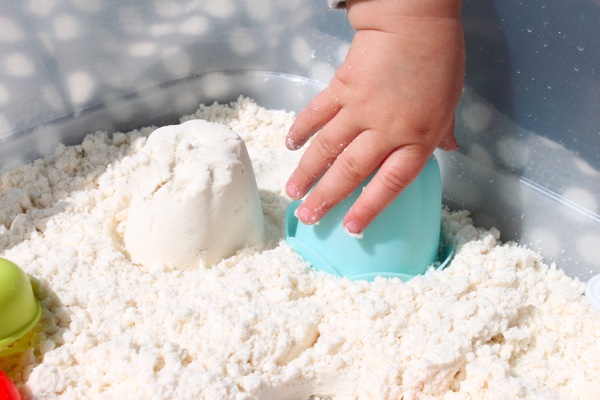 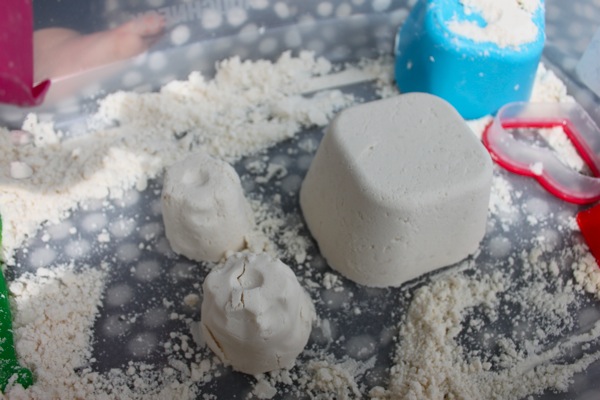 Next, we tried making some balls.  She loved the finished product, but got frustrated with the fact that she couldn’t make them independently. 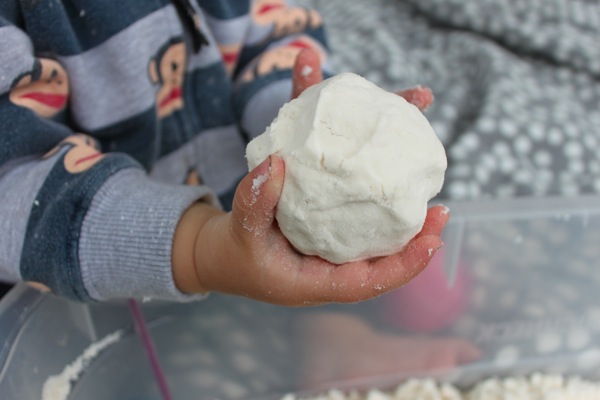 It didn’t matter too much though because in no time, she’d pushed all of the moon dough over to one side of the bin and started playing one of her very favourite sandbox games – ‘Where are Gracen’s hands?’ 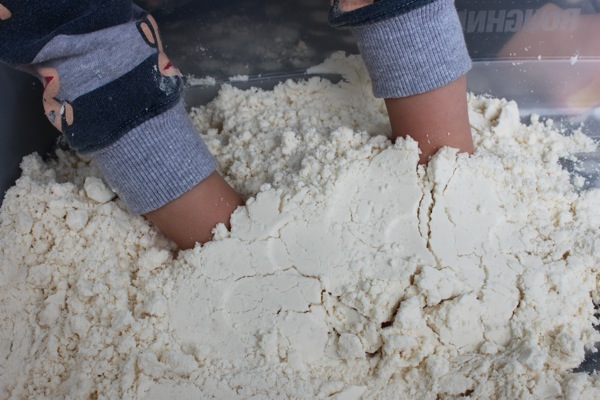 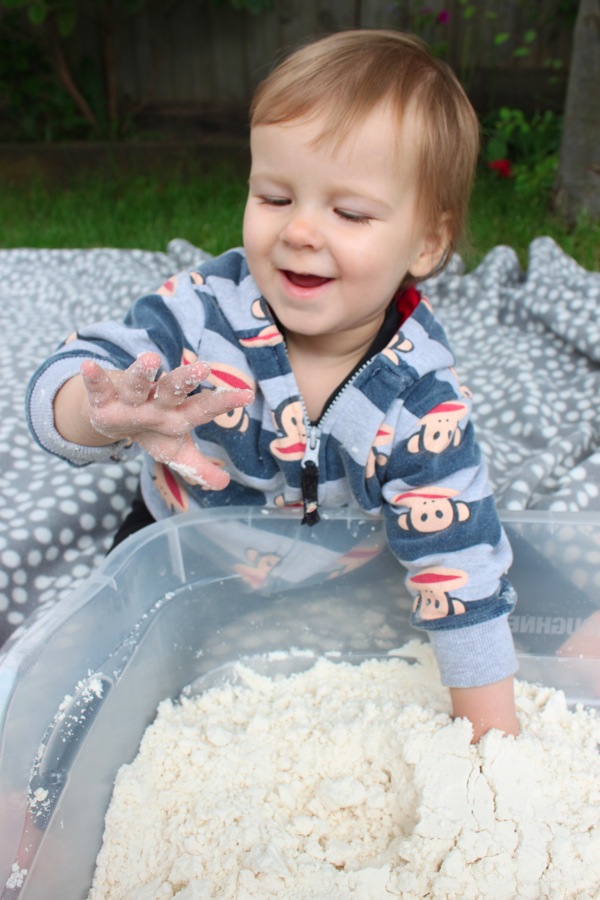 While the dough was all over on one side, we tried something else too – making imprints.  Gracen pressed in the spoons and cups, and then we tried the same with our hands. 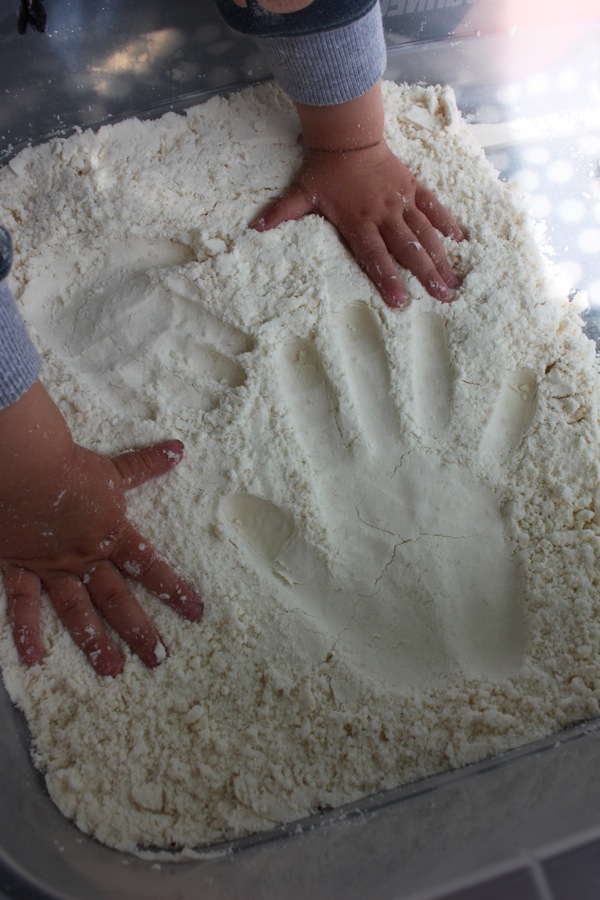 The best part though, happened when she got busy with the cookie cutters.  She was fully enjoying pressing them into the dough and seeing the outlines they created when this happened…  Puzzling!  It took her a second, but she figured out.  She tried to make it happen again afterwards, but sadly, no luck. 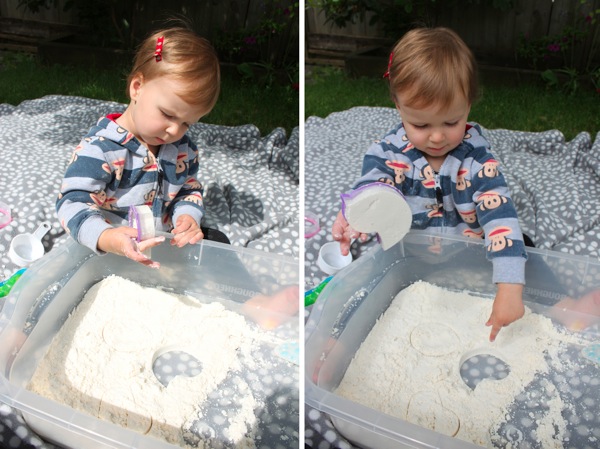 Of course, she ended the sensory box experience in her usual way…  You should have seen the look on her face as the silky smooth dough smushed up in between her toes.  Pure delight! 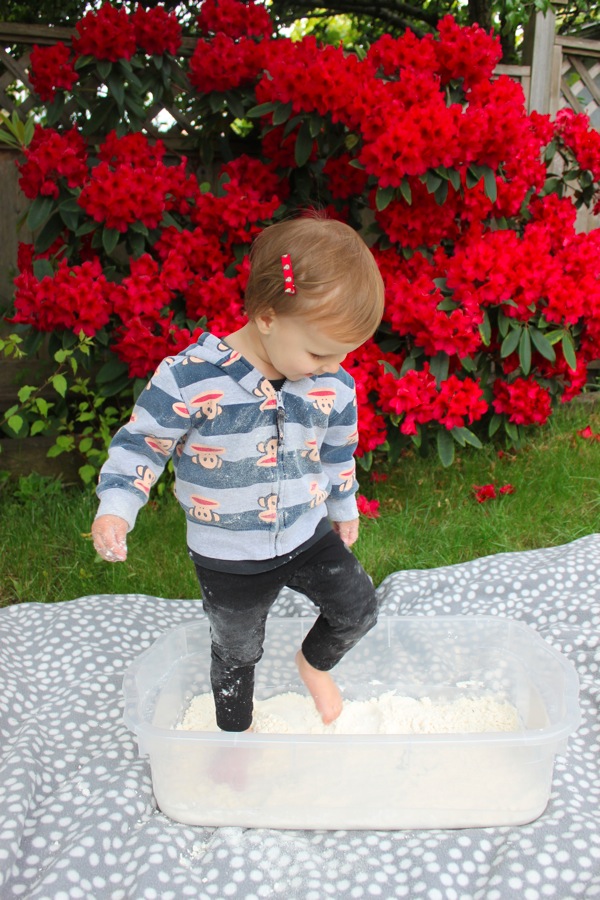 This sensory bin was ridiculously fun.  Grae played with it for almost an hour and I can see us revisiting it very soon.  The only thing I might do differently next time is either add more moon dough or use a smaller container so that there is a thicker base in the bin.  And although I may be brave enough to try it indoors on a very rainy day (on a giant blanket in the kitchen), I think I’d rather keep this one outside as it’s just as messy as it is fun.

You can see Gracen’s beach, ocean, and gardening-themed bins by clicking on the links.